Home / MotoGP / The importance of the rear brake in MotoGP

Each technical element of a bike is originally designed with a certain function. In this case, the brakes serve to stop the bike, which is obvious. If a motorcycle has brakes both on the front axle and the rear axle, it's because two are needed, although it's not uncommon to hear people, even experienced riders, saying that the rear brake of a motorcycle is hardly used.

However, that isn’t true, far from it. The rear brake is used a lot in leisure riding, and much more than you might imagine in sport riding, and not only to exercise the function it was designed for, to stop the bike. But let's take it one step at a time.

In general, riders always rely on the front axle when braking, properly combined with an effective engine brake, which must be regulated and which comes into play when cutting the throttle and downshifting. When downshifting, the engine revs up and can even push the bike when you want it to brake. Proper adjustment of the engine brake, combined with the clutch, becomes an ally of the brake discs, which are tasked with stopping the bike. This action mainly falls on the front axle, which has two enormous discs.

The rear brake, with a disc of a smaller diameter, also acts and contributes to braking effectively. On the one hand, a rear brake that works effectively helps to keep the rear wheel on the ground, preventing it lifting up and unbalancing the bike during braking due to inertia. This can even cause the bike to lose its line and the rider can't make the turn they want, losing time. In some way, the rear brake helps to hold the wheel so that it does not come off the ground. 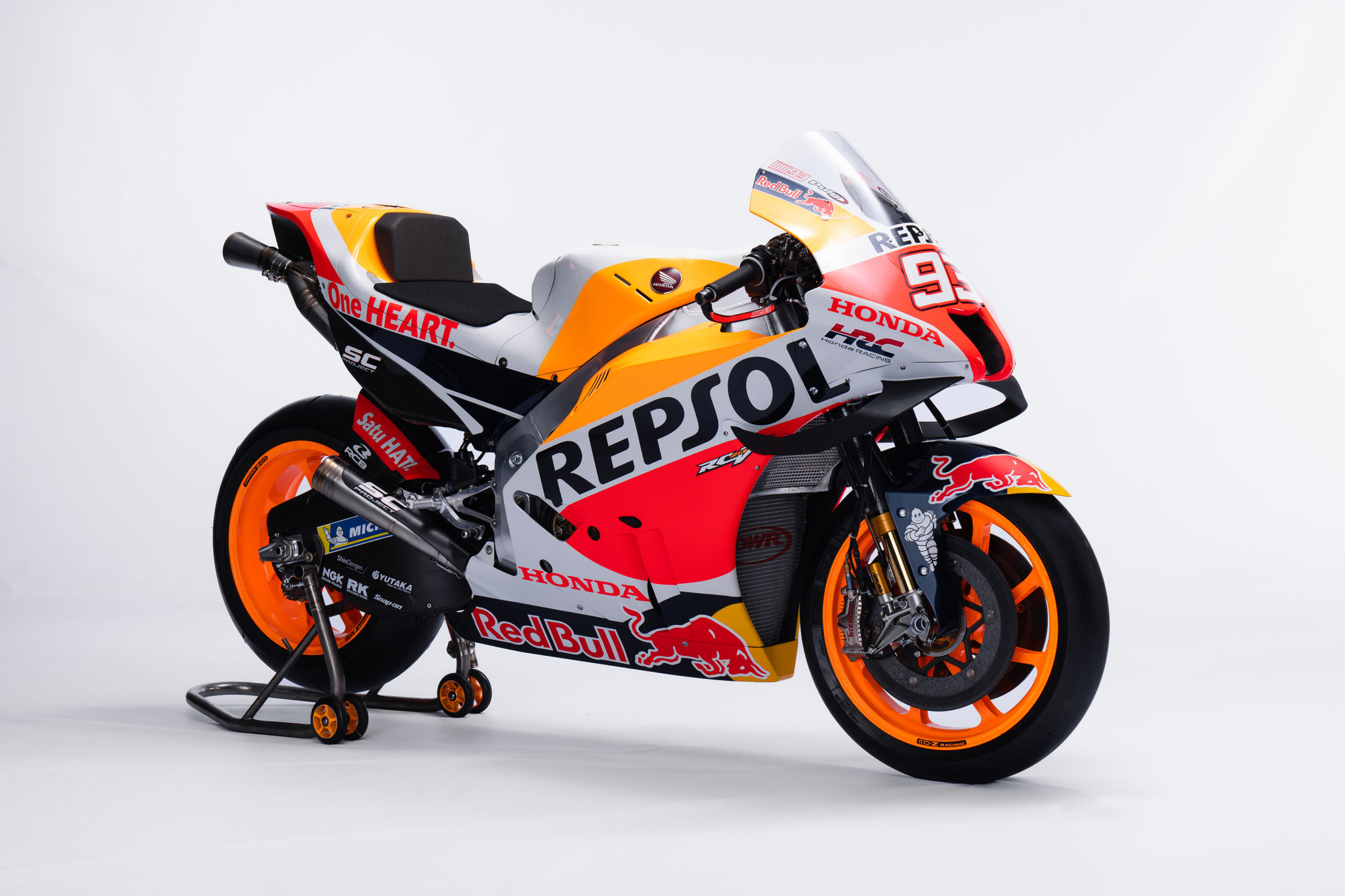 In the past, mechanical systems were designed that helped the rear wheel stay on the ground, such as the famous “boomerang” that Antonio Cobas incorporated into his designs in the 80s and which allowed the back wheel to always be in contact with the asphalt. Now, the electronics of the bike allow for a connection between all the elements that intervene in braking, regulating that moment. Still, it is normal to see many riders lift the rear wheel a lot when braking.

One of the most extreme cases regarding the use of the rear brake was Nicky Hayden. He had an exaggeratedly large disc compared to the rest of the riders, and that was due to his origins on the dirt track, where there was only a rear brake. When Hayden switched to speed—although he never gave up dirt track altogether—he kept his old habits with the rear brake, which he used a lot, not only to brake, but also as a support to stabilize the bike, and even to help maintain the engine speed. 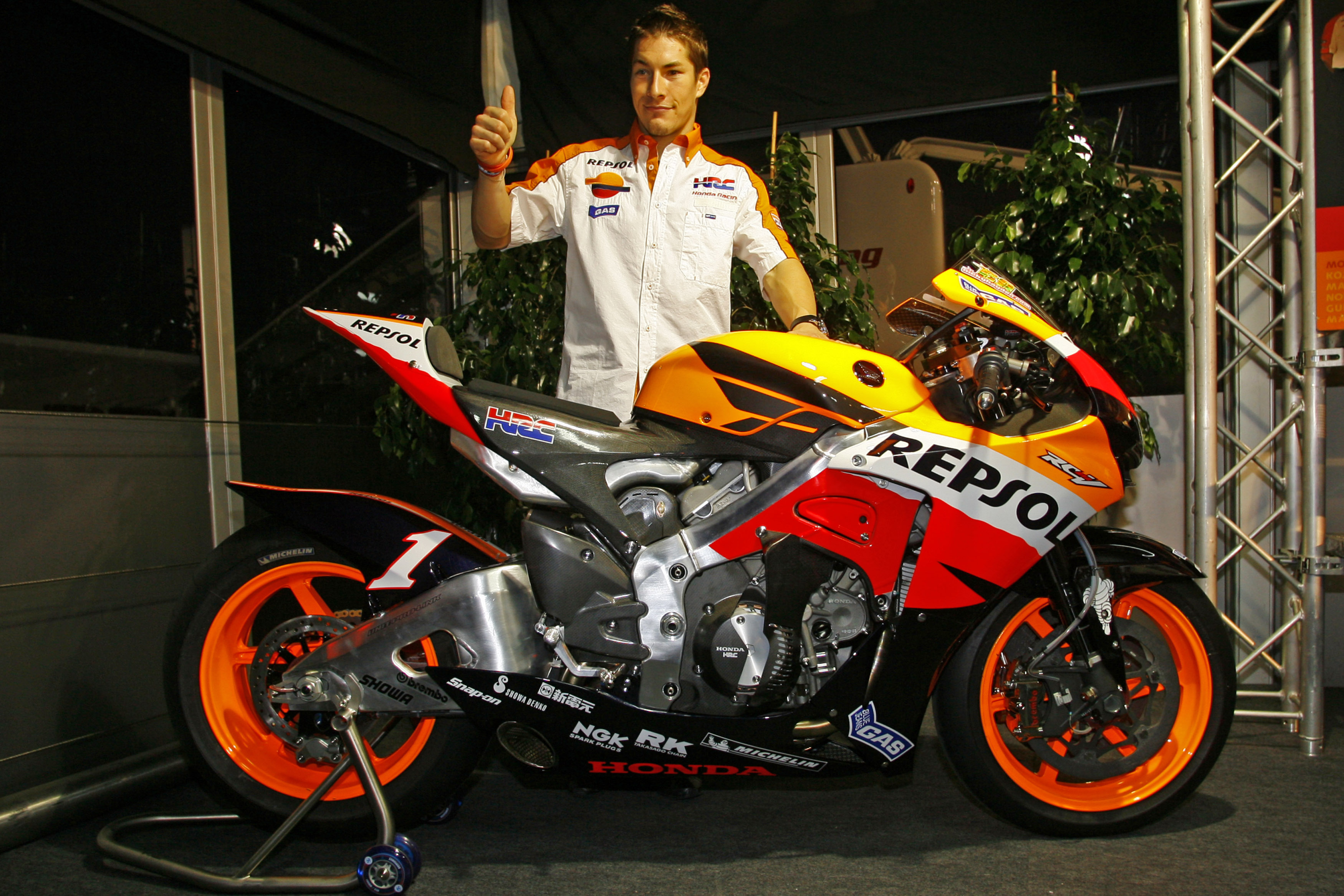 Not only for braking

When appropriately used, the rear brake is an excellent aid so that the engine speed does not drop. There are situations when to reduce the speed you do not brake and you only need to cut the throttle to reduce the speed, but when doing so the engine loses speed and when accelerating again the inertia of the bike is lost. A trick that many riders use is stepping on the rear brake without cutting the throttle, reducing the speed but maintaining the the engine speed, without losing the inertia of constant acceleration.

The use of the rear brake also allows more aggressive and heavy braking to be performed, when the bike is already tilted. In that situation, excess pressure on the front axle can be fatal and cause a fall that, generally, is difficult to save. That's why the rear brake is used when you want to stop with the bike tilted, because any lack-of-grip can be resolved and the fall can be avoided.

In order to be able to use the rear brake on corners, you have to be able to operate it with your left hand, because on right turns, the inclination reached and lack of space to put your boot and step on the lever prevents you operating it with your foot. Not all riders are used to it or feel sufficiently comfortable, as their left hand already has too much work to do: the simple gesture of using one finger to apply the brake reduces the force of the rider's grip on the handlebars. As well as gripping the clip-on handlebar with force, you need to be able to operate the buttons of the electronics, the variable height devices that are used for the front and rear axle, and the rear brake. They are too many things at once, and are sometimes overlapping tasks and which require special coordination, without losing sight of everything else, which is no small thing.

However, the use of the rear brake with their left hand isn't as simple as installing the device to operate it. To start, there are two types of devices: button with the thumb, or trigger with the index finger. The rear brake on the left clip-on handlebar was used for the first time by Mick Doohan, whose injury to his right foot made it impossible to use the foot brake. A long process was necessary to find the right design, calibration, and adjustment, because the hand does not exert the same pressure as the foot. Then many riders saw how useful it became, and decided to incorporate it onto their bikes. 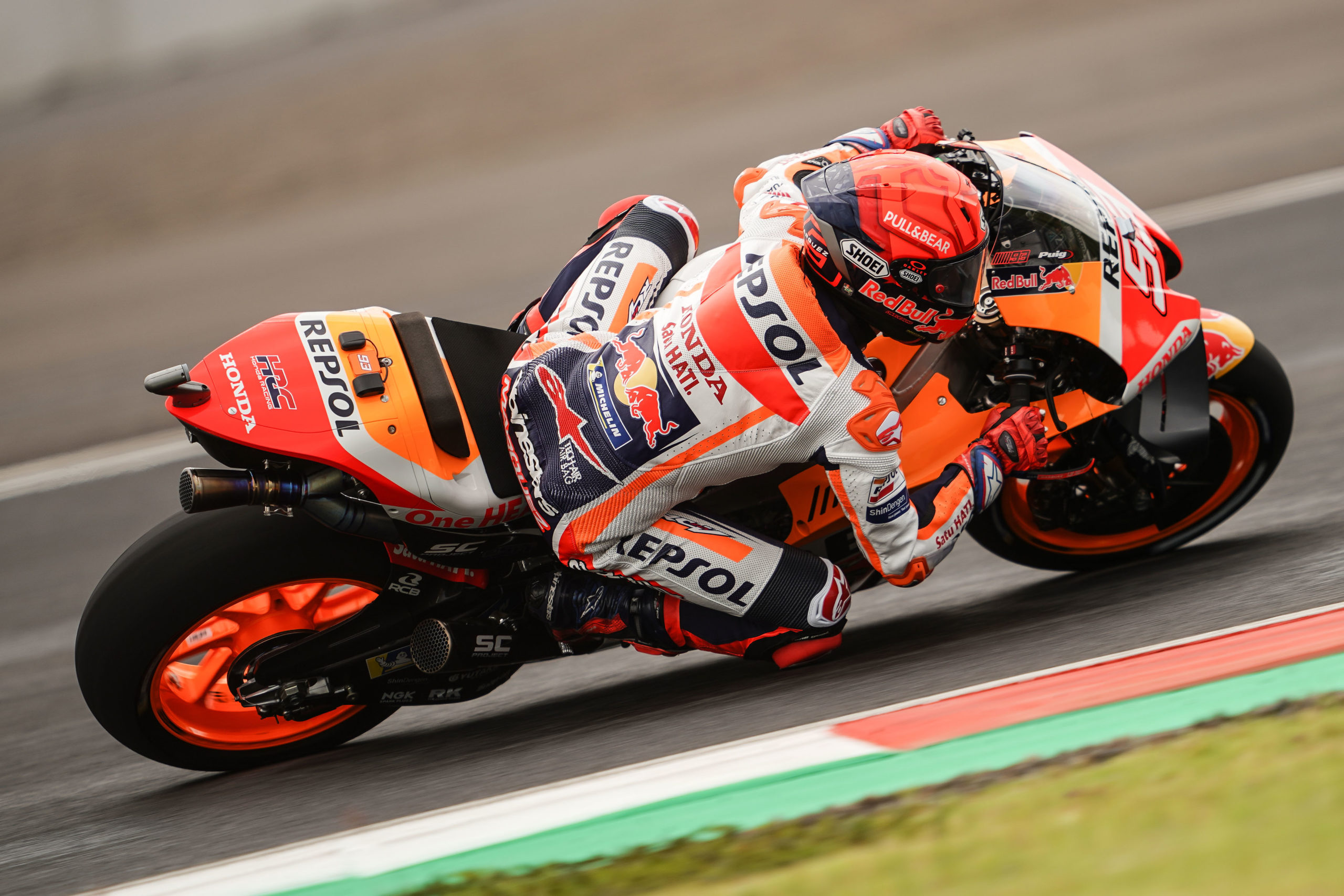 In maximum inclination, the rear brake helps to secure braking without putting the stability at risk, but as we said before, it also ensures that the engine speed does not drop. Not all riders find it useful. Marc Márquez started using it relatively frequently in 2019, but until then hadn't been able to get any extra use out of it. Even though he did several tests with it in 2014 and 2016, it didn't work better than the foot brake, but in the season of his last title, Márquez started to use it more frequently, although not always in races, thus becoming a technical support element for certain situations, such as when a power map or a tire of a certain compound is used. MotoGP is so complex and specialized that, sometimes, it's the small details that make all the difference.