Home / Legend / The relentless Mick Doohan: How he went from nearly losing a leg to winning 5 titles in a row

In the golden era of the MotoGP World Championship, when it was still dominated by American riders, Australia became the great alternative. From Kenny Roberts' first title in 1978 to the one won by Kevin Schwantz in 1993, the only riders to interrupt the American dominance in the premier class were the Italians Marco Lucchinelli (1981) and Franco Uncini (1982), and the Australian Wayne Gardner (1987). But unlike the Italians, who made the most of their great opportunity without being able to get back into the leading group of the MotoGP World Championship, Gardner was here to stay, opening the way for other Australian riders.

Gardner's most advanced "students" were Kevin Magee, who reached the World Championship precisely in 1987, and Mick Doohan, two years later. However, only Doohan would find his place in MotoGP, and it was not easy. First he had to overcome Gardner's will, with whom he had a tough rivalry despite sharing a team in the ranks of the official Honda team. Then, a serious injury almost ruined Doohan's efforts. 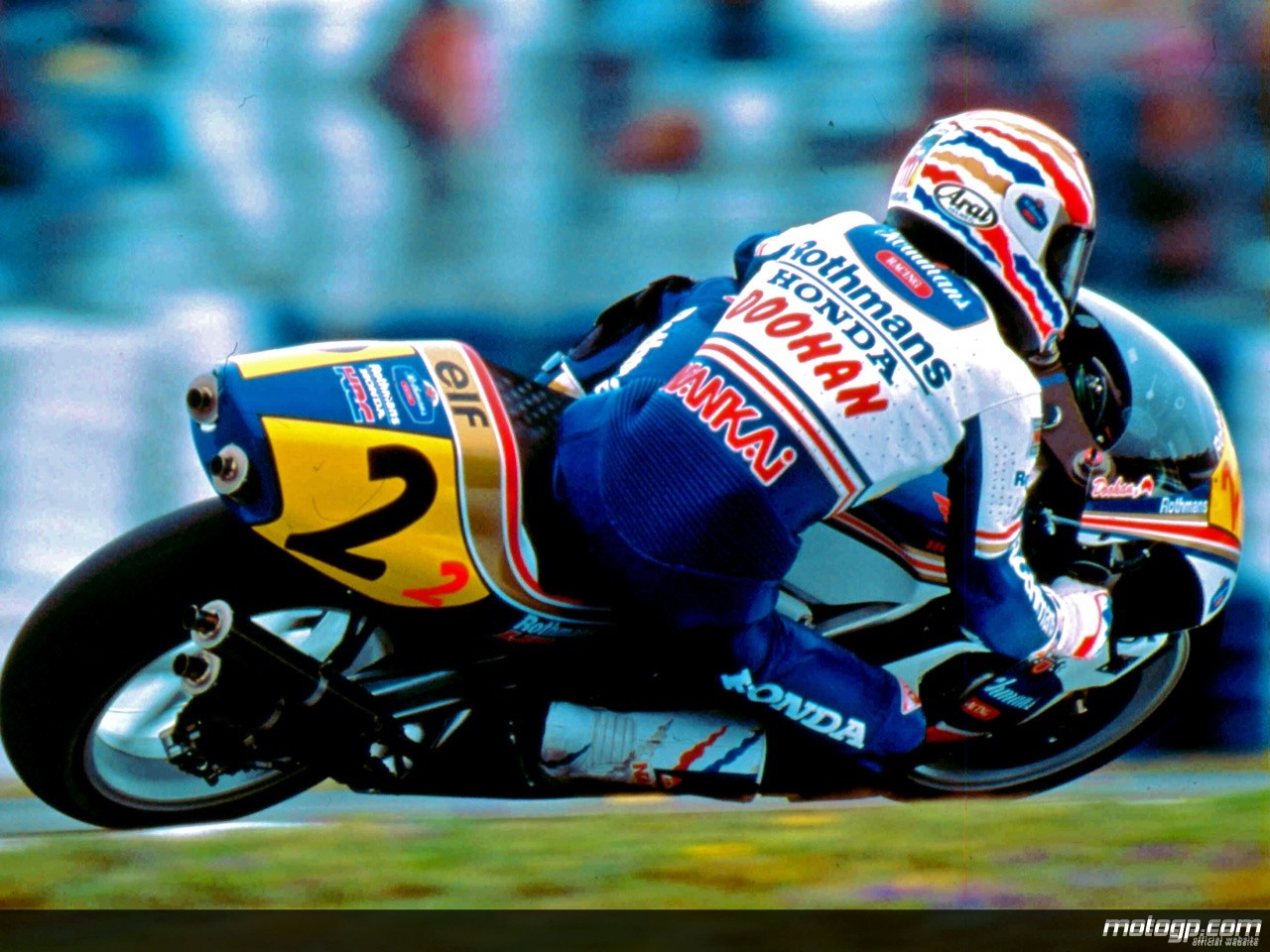 When he came to the World Championship, Honda had a problem: in addition to the factory team, they had Eddie Lawson, a brand new champion in title, who had just joined the brand through a parallel structure led by Erv Kanemoto, the man behind the successes of Freddie Spencer and Honda. So Doohan was third in line....

Every cloud has a silver lining, because freed from the heavy burden of responsibility, the young Doohan became a sponge that absorbed all the knowledge that Honda and the magical generation of riders in front of him made available to him. He learned by leaps and bounds from Gardner, Lawson, Rainey, Schwantz, Mamola... So when he had his chance, he took it.

From 1991 onwards, Doohan was already in a position to compete with "his elders", although at that time Wayne Rainey was the dominant rider, and Kevin Schwantz was his toughest opponent. The arrival of the Big bang engine in 1992 changed everything, providing Honda and Doohan with the ideal tool to make a difference. Gardner's early injuries put the onus on Doohan to deliver Honda's results, and the Australian more than delivered, dominating that season in a way not seen in MotoGP since the days of Freddie Spencer.

However, an unfortunate crash during the training for the Dutch Grand Prix resulted in a serious injury to his right leg. The intervention of Dr. Claudio Costa, the founder of Clinica Mobile, prevented the injuries from ending in the worst possible way, and Doohan, despite trying, had to watch Rainey win the MotoGP crown for the third time. 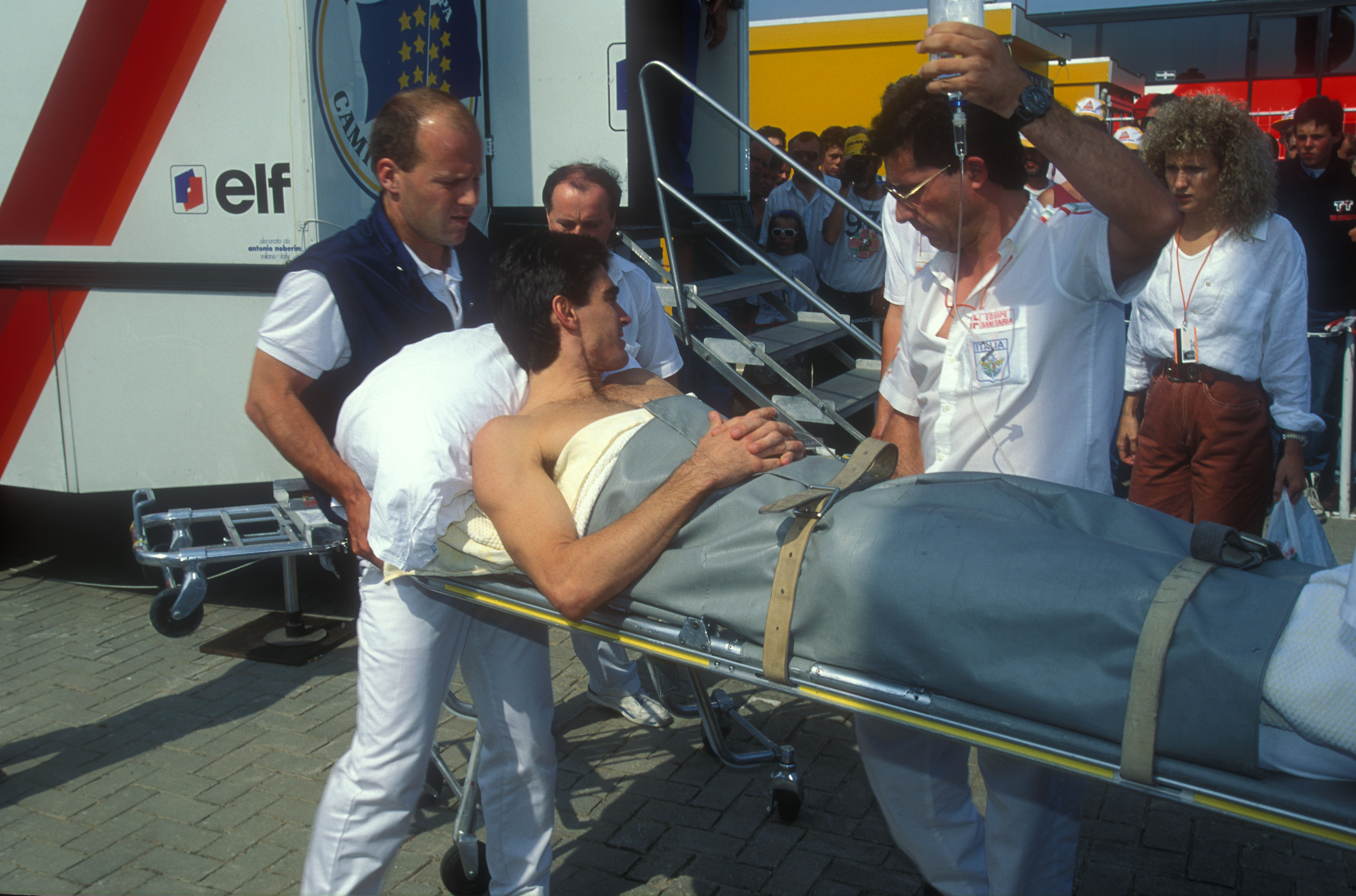 The after-effects of the accident were so severe that Doohan would not fully recover from his injury until 1994. In 1993, he won a Grand Prix again, at Mugello, but the rest of the year proved to be very difficult. Doesn't this story sound familiar...?

But when he finally reached optimum physical condition and fully recovered, Mick Doohan would impose his will on the championship for the next five seasons. Nothing and no one could stop him; his only enemy was himself, and his obsession, no longer with winning, but with blowing away the competition made him a tough, unapproachable rider, for whom nothing else mattered but victory. Doohan was ready to win long before his first title, but circumstances meant that he had to wait for his inevitable coronation, and this may have helped to sharpen his temperament, to be extremely demanding, with himself and with others.

Doohan was a somewhat distinctive guy, with a strong character. In a way, there is a lot of similarity between Doohan and the other Australian "premier class" champions, like Wayne Gardner and Casey Stoner. When they speak, there is no filter: they say things the way they feel them. 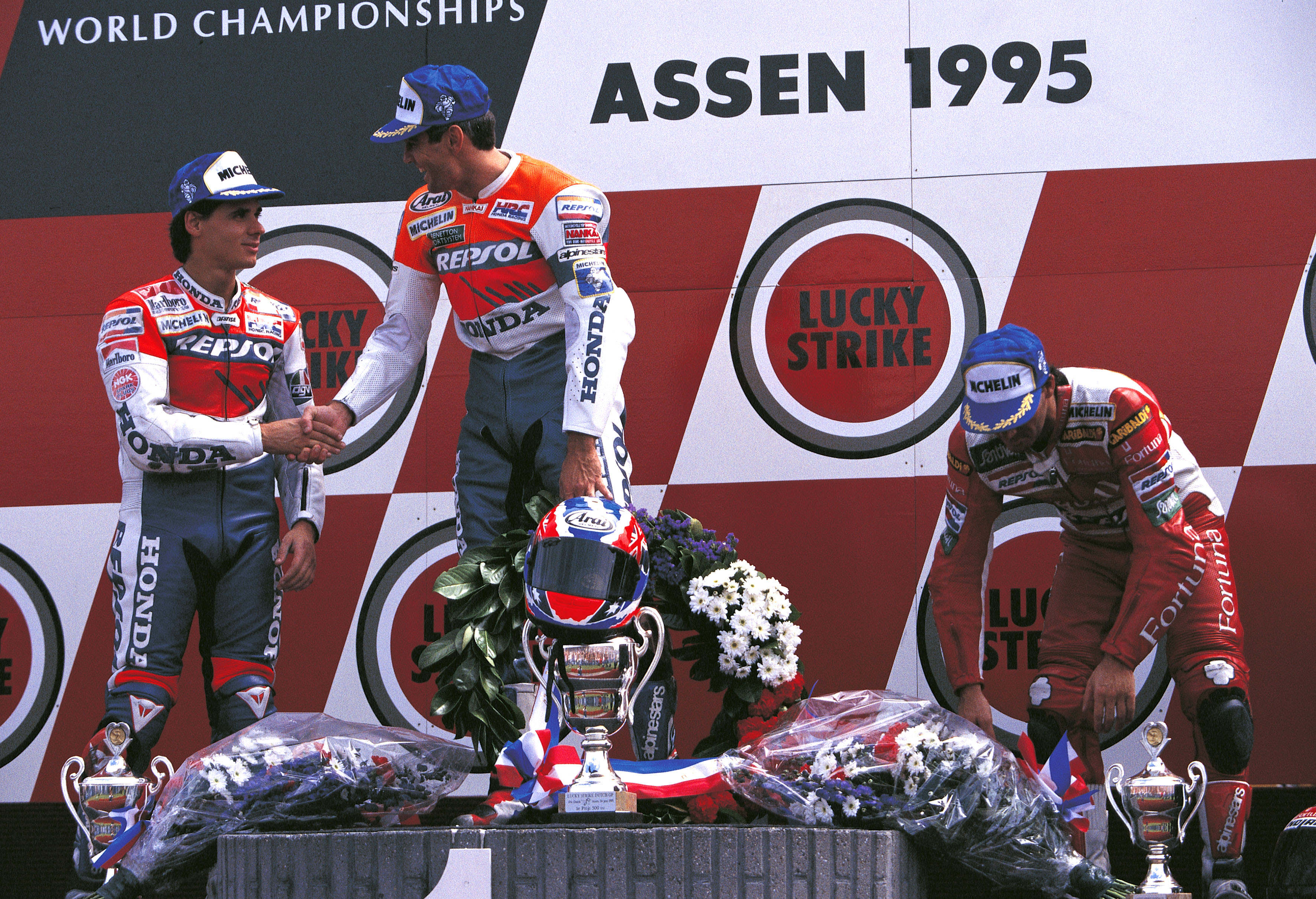 The effect that the Big Bang had on the MotoGP class could be described as democratizing. The riders rooted in the "premier class", the American school, the Australians, those who did not reach MotoGP from the lower Grand Prix classes, had increased their presence in the top class, both in quantity and quality. The Big bang meant that anyone with talent could aspire to win races, regardless of their origin.

It was not until 1996 when Doohan finally found a rival who was able to put the screws to him: Álex Crivillé. Doohan understood that something had to change, that he needed something different to make a difference, and decided to leave the Big bang engine and return to the rough engine of the past that nobody else wanted to use. In 1997 we saw the most authentic Doohan, his purest essence. Aware of the remarkable physical demands he would have to face, that winter he prepared like never before, gaining three kilos of muscle mass. His dominance that season was brutal. And he caught everyone off guard again. The following year Max Biaggi entered the scene and the championship changed with the arrival of unleaded gas, which made the engines more docile. However, Doohan managed to continue reigning, without failing at the key moments of the season, at the end of the year. 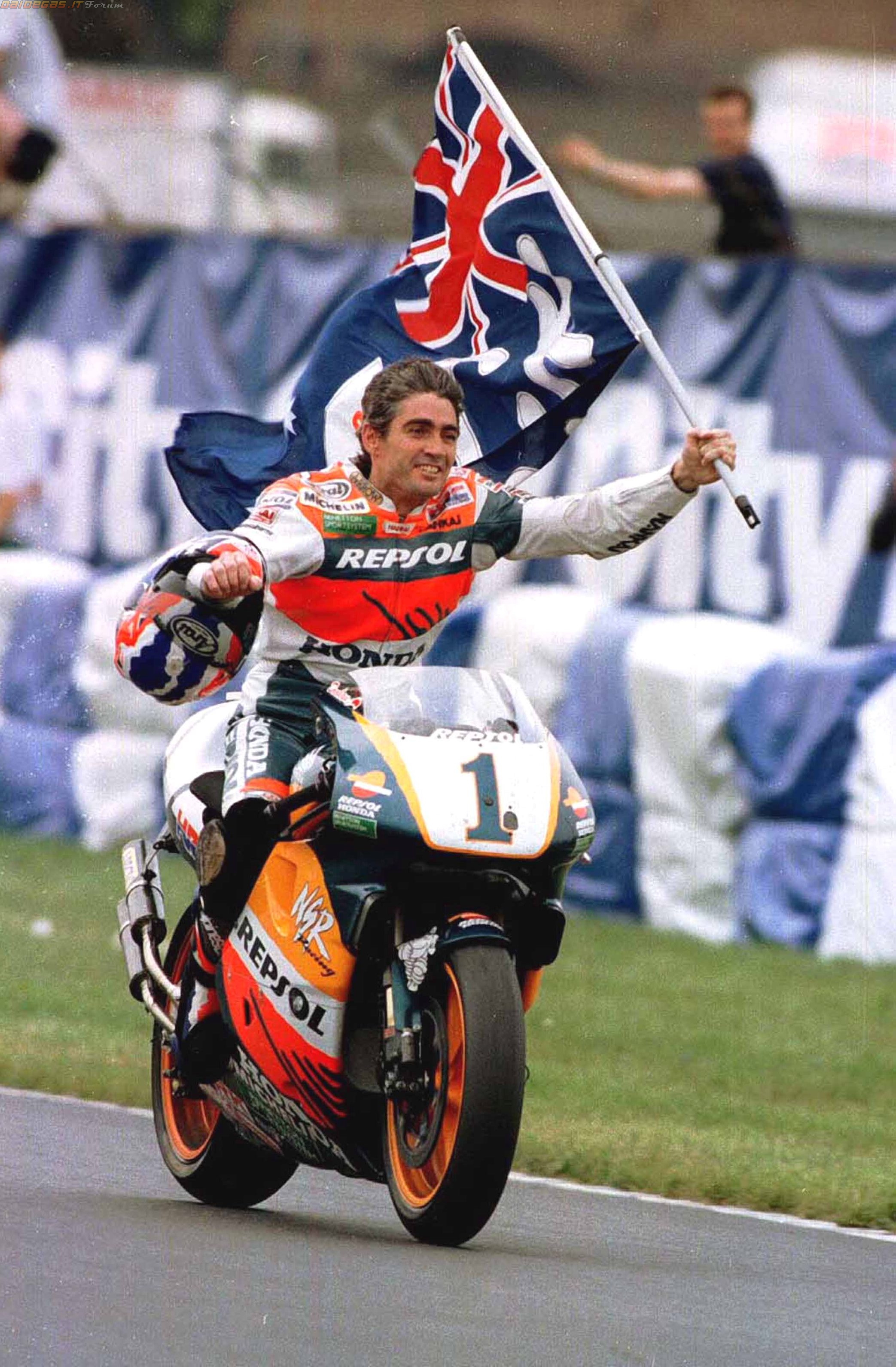 In 1999 they met again, but there were some changes. Biaggi went to Yamaha, and Suzuki signed Kenny Roberts Jr. who, surprisingly, won the first two races of the year. During the third race, in Jerez, Doohan suffered another serious accident in training, and that was the end of his reign. That year, Crivillé was unbeatable and brilliantly won the title, the first of Spanish motorcycling in the premier class, which definitively put an end to the years of alien domination, of martians and extraterrestrials, in the World Championship.