Evolution of the MotoGP engine

When MotoGP was launched in 2002, there was a wide variety of engine configurations: from the 500s that were still in use for the first MotoGP season, to the new bikes that emerged under the new World Championship regulations.

In the first campaign, the grid was divided into two families of engine configurations: V-engines and in-line engines. The standouts in the first group were the Honda RC211V V5, the Suzuki GSV-R V4 (also adopted by Ducati when it joined the championship the following year) or the Proton KR3 V3. Meanwhile, the Yamaha YZR M1 or Kawasaki inline-four, the WCM in-house produced engine (based on the Yamaha), and the Aprilia RS3 inline-three made up the second group of manufacturers at the beginning of a new era in motorcycling. 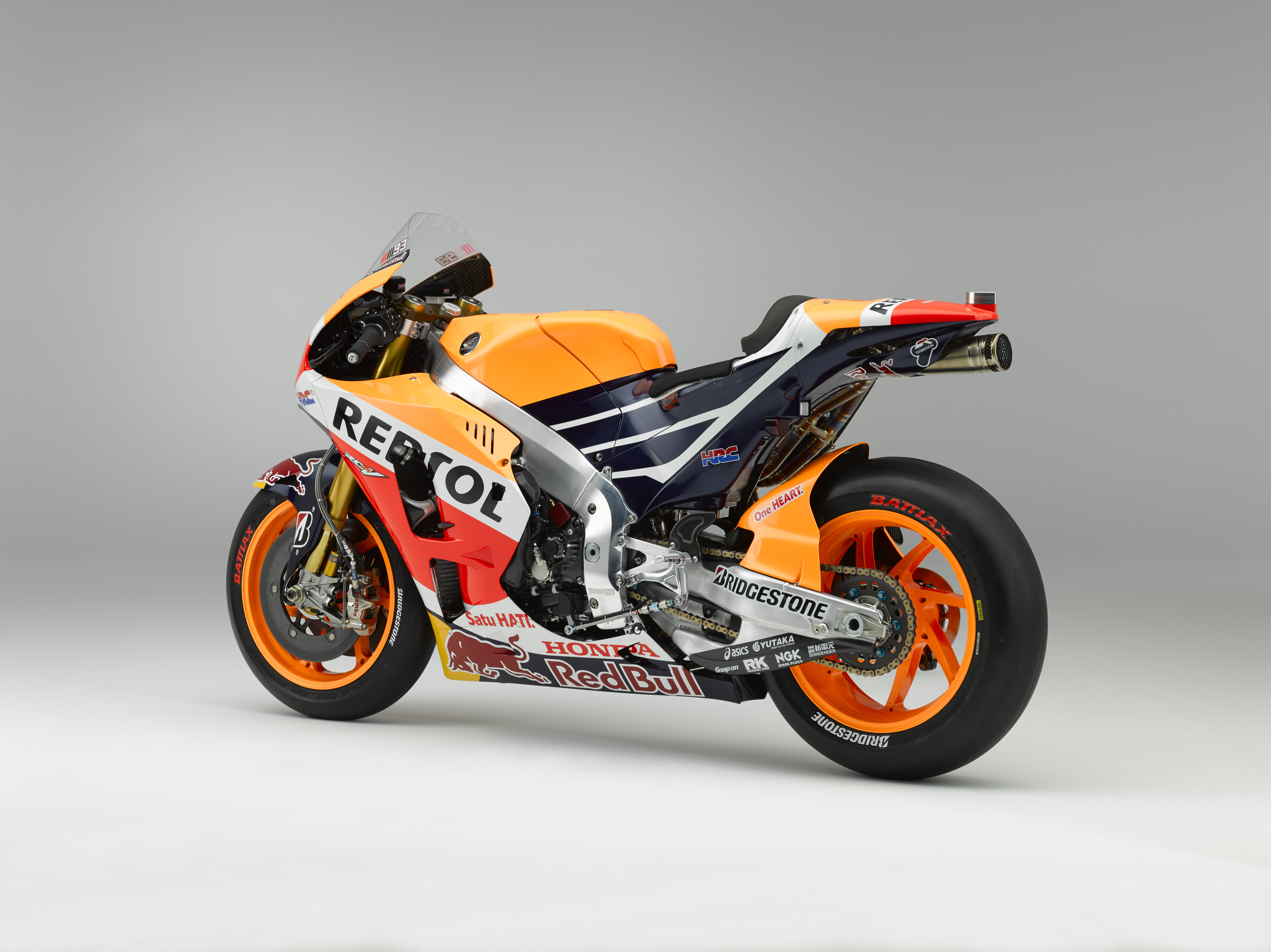 There were bikes from different manufacturers that, under the protection of a more open regulation, used other alternatives, such as the exotic Blata V6, a bike that never materialized in the first MotoGP era, when the displacement was limited to 990 cc, or the in-line three-cylinder engine that BMW developed with Oral Engineering support, for the MotoGP 800 class. And how can we forget the Ilmor V4? A second-generation MotoGP (800 cc) bike, that never made it to the start of the first race in 2007, after having covered a few hundred kilometers in training for the Qatar Grand Prix.

The evolution of regulations over time means that engine configuration is mainly oriented towards the V4 engine, being present in four of the six manufacturers that took part in MotoGP in 2022: Honda, Ducati, Aprilia, and KTM. Both Yamaha and Suzuki opted for the inline four-cylinder engine, a configuration Yamaha has been using since the first campaign.

Which is the best configuration: V4 or inline?

It is difficult to say which is the most appropriate MotoGP engine configuration, as they all have their pros and cons. Since the introduction of the 1,000 cc displacement in 2012, the regulations state that engines must have a maximum of four cylinders, with a maximum bore of 81 mm. All manufacturers have opted for four-cylinder engines, given that a two- or three-cylinder engine would mean a longer stroke—the movement made by the piston inside the cylinder—which would result in response loss at high revs. 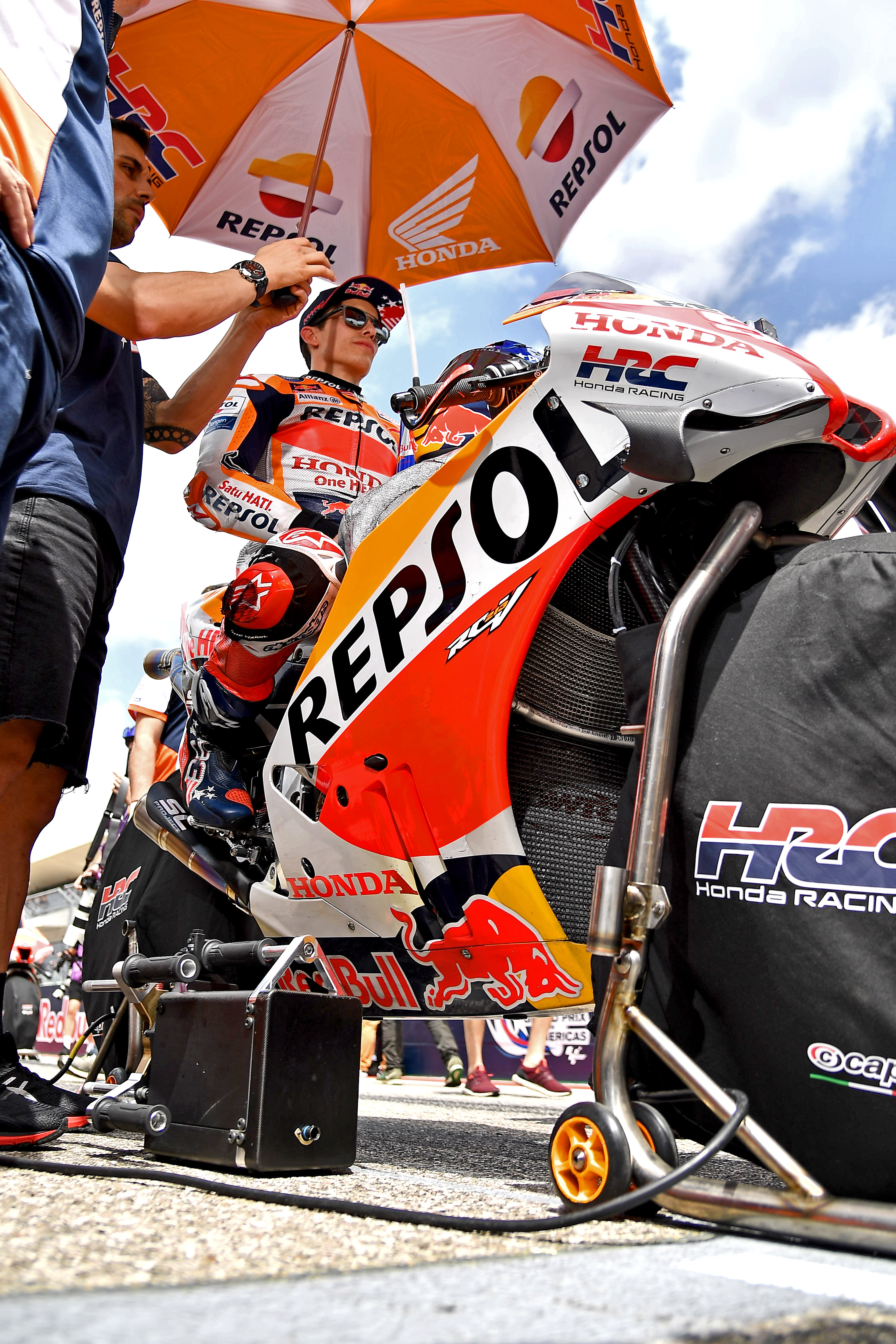 The V4 engine is more compact, allowing for better mass centering, and lowering the center of gravity, which is an advantage, but it is also a much more complex design. The V4 has lower mechanical losses as the crankshaft has fewer supports, and requires a smaller crankcase, which also helps to reduce weight. It generates a lot of vibrations, and if the V angle is very wide, then a balancing shaft is needed, making it wider. But precisely because of this smaller number of losses, it offers better performance and more power, although the response is sharper. But this is a minor inconvenience for the rider, as no matter how much horsepower an engine has, it will never be enough.

The in-line four is a wider and heavier engine; the crankshaft is longer and needs more support, which reduces its performance as it suffers greater mechanical losses, resulting in lower power output compared to the V4. Meanwhile, it offers a much smoother ride, which is always highly appreciated by riders. In general, inline four engines trail behind V4s in terms of speed, but the their smooth response is something that riders know how to really exploit in certain situations, and as we’ve seen throughout the history of MotoGP, this in no way reduces their chances of success.

The V4 and inline-four engines have been equally successful since the MotoGP class was introduced in the World Championship, but in 2023, there will be 20 V4 engines on the grid and only two inline-fours. Will the majority win? What is clear is that one of the two configurations will come out on top, and whichever wins will become the most successful engine in the history of MotoGP.