Riding on a wet surface is a complicated art that not everyone masters but that some can use to their advantage. Even so, all riders know that in such circumstances, the risks multiply.

Did you know that if it rains, helmets have a double visor that prevents it from fogging up? #MotoGP 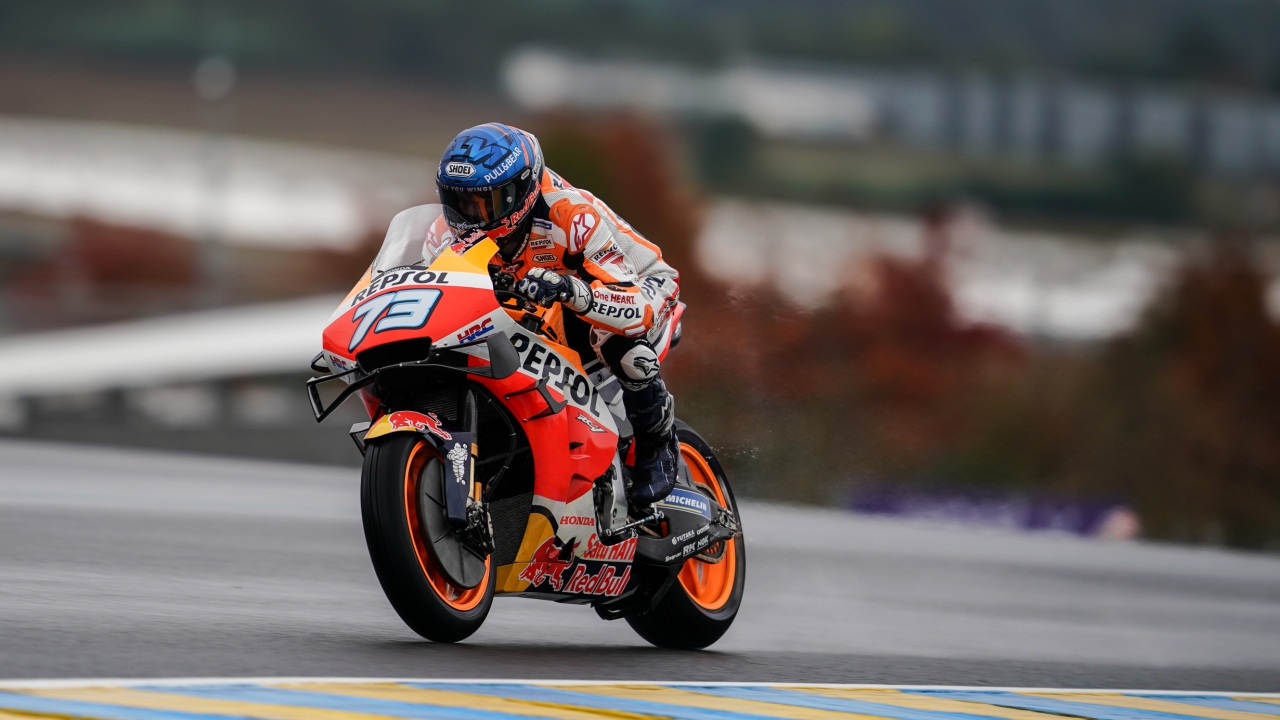 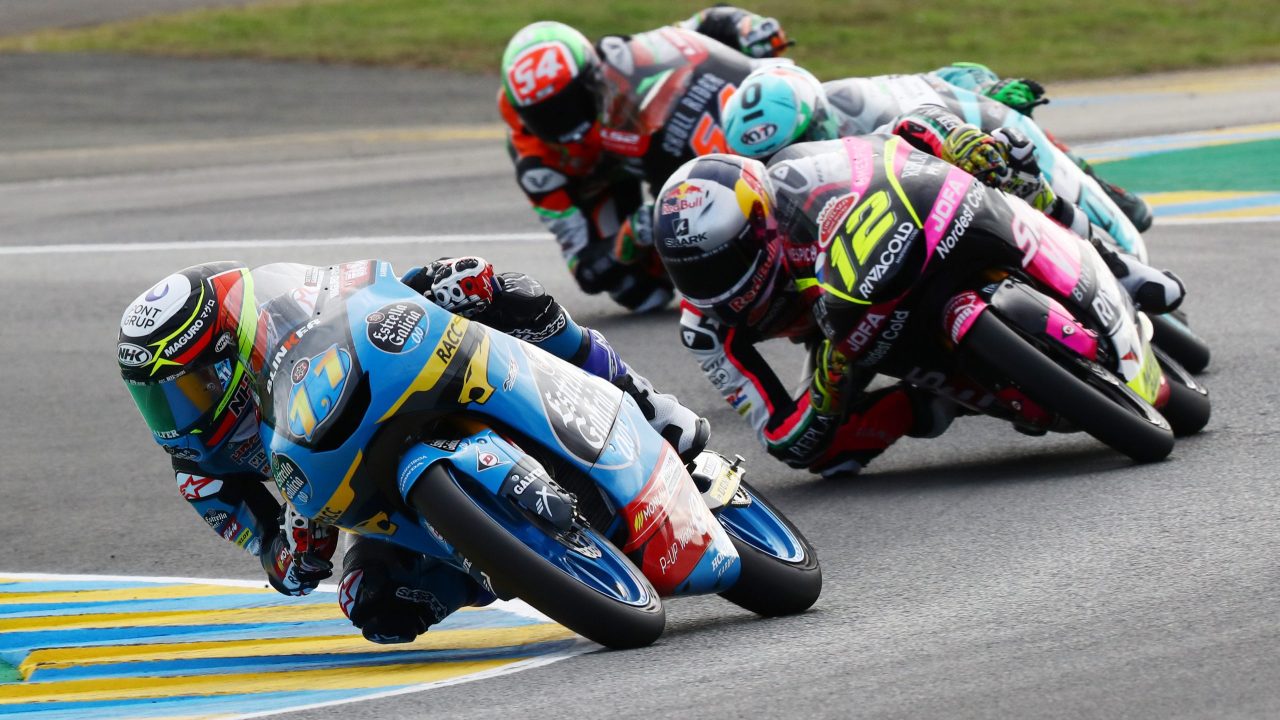 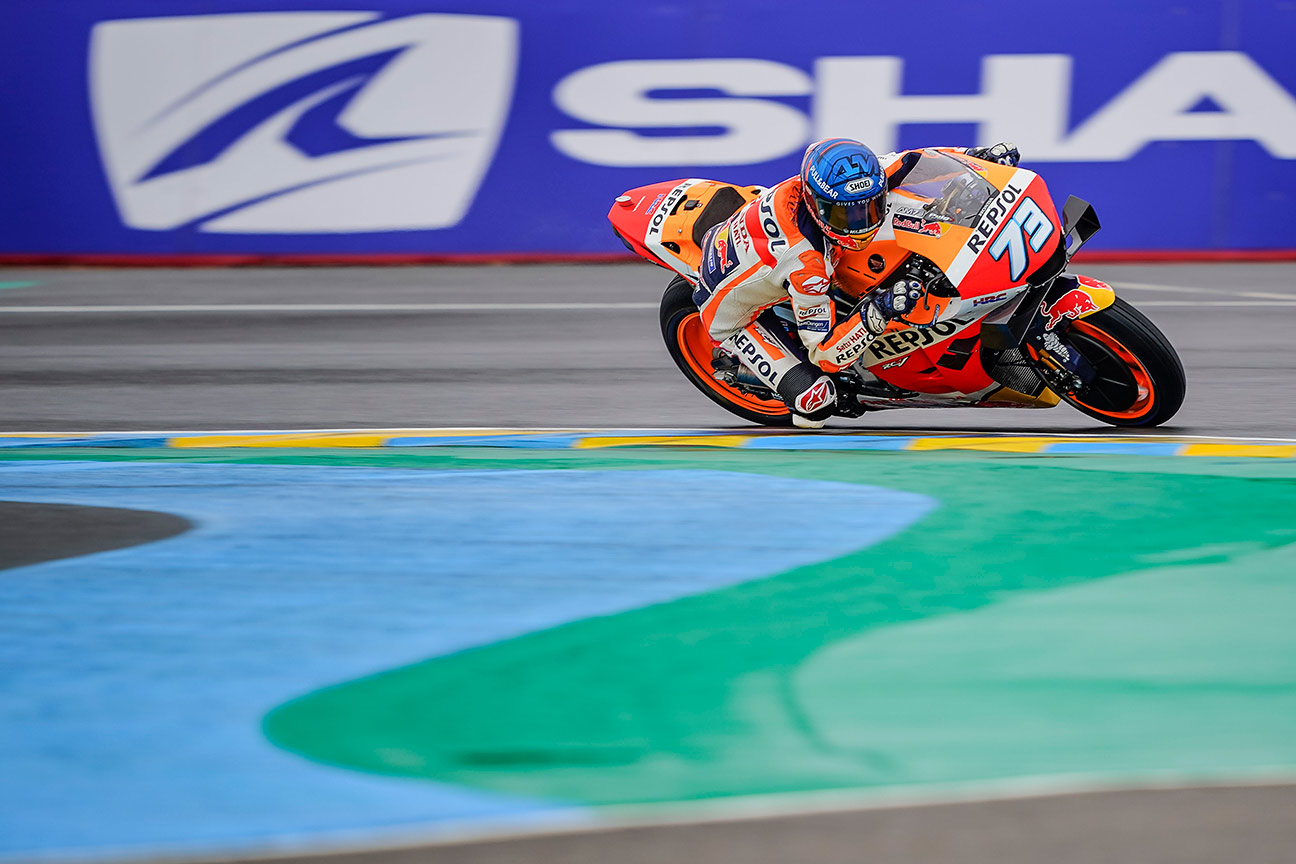 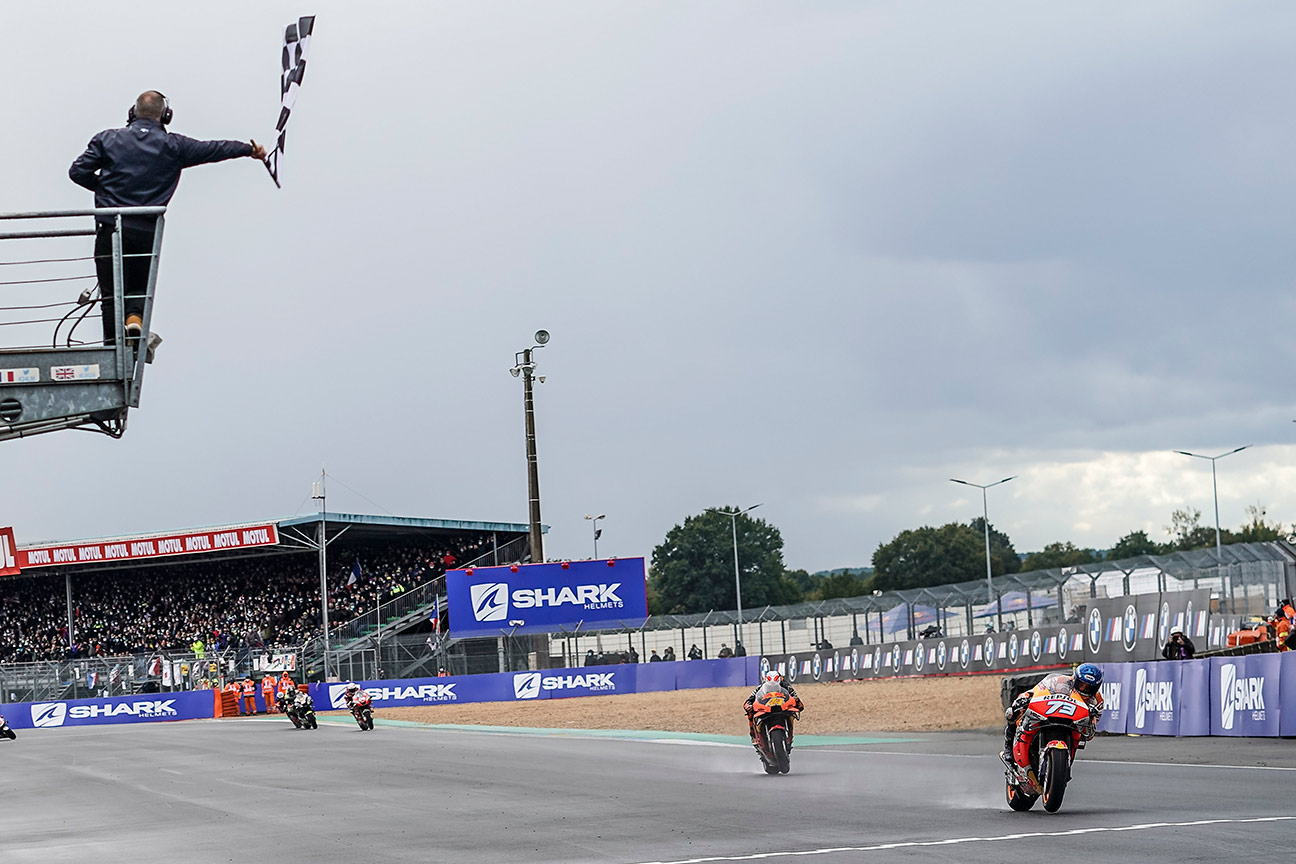 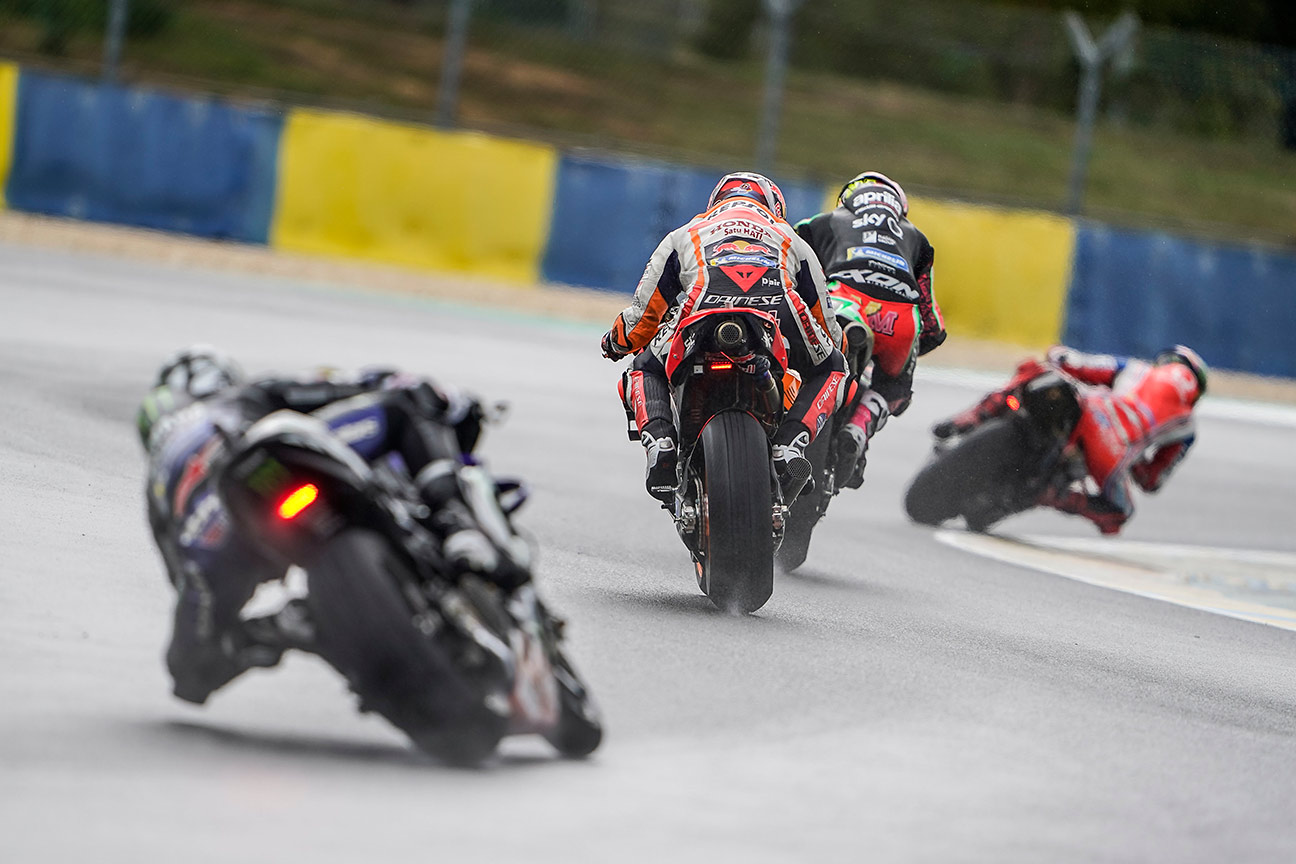 "When it's raining, the main differences are quite clear: you have to ride gentler, at a smaller lean angle, using the accelerator throttle more carefully, and being more mindful of the brakes. That being said, you still can't go very fast." These words come from Dani Pedrosa himself, who tells us about the basic keys to riding on a wet surface.

Going fast under the rain is an art mastered by few riders. In fact, many don't like it. As you know, all MotoGP riders love their profession and riding in the best conditions possible is what they want and prefer. Even so, a race in the rain could also let certain riders find themselves in the leading positions which is something they aren't used to.

Dani Pedrosa's words reveal that in order to ride fast on wet asphalt, a rider must be in perfect unison with his bike and feel and react to each one of the bike's responses at the precise instant and time. Everything multiplies with the rain: risks, attention, and response times. 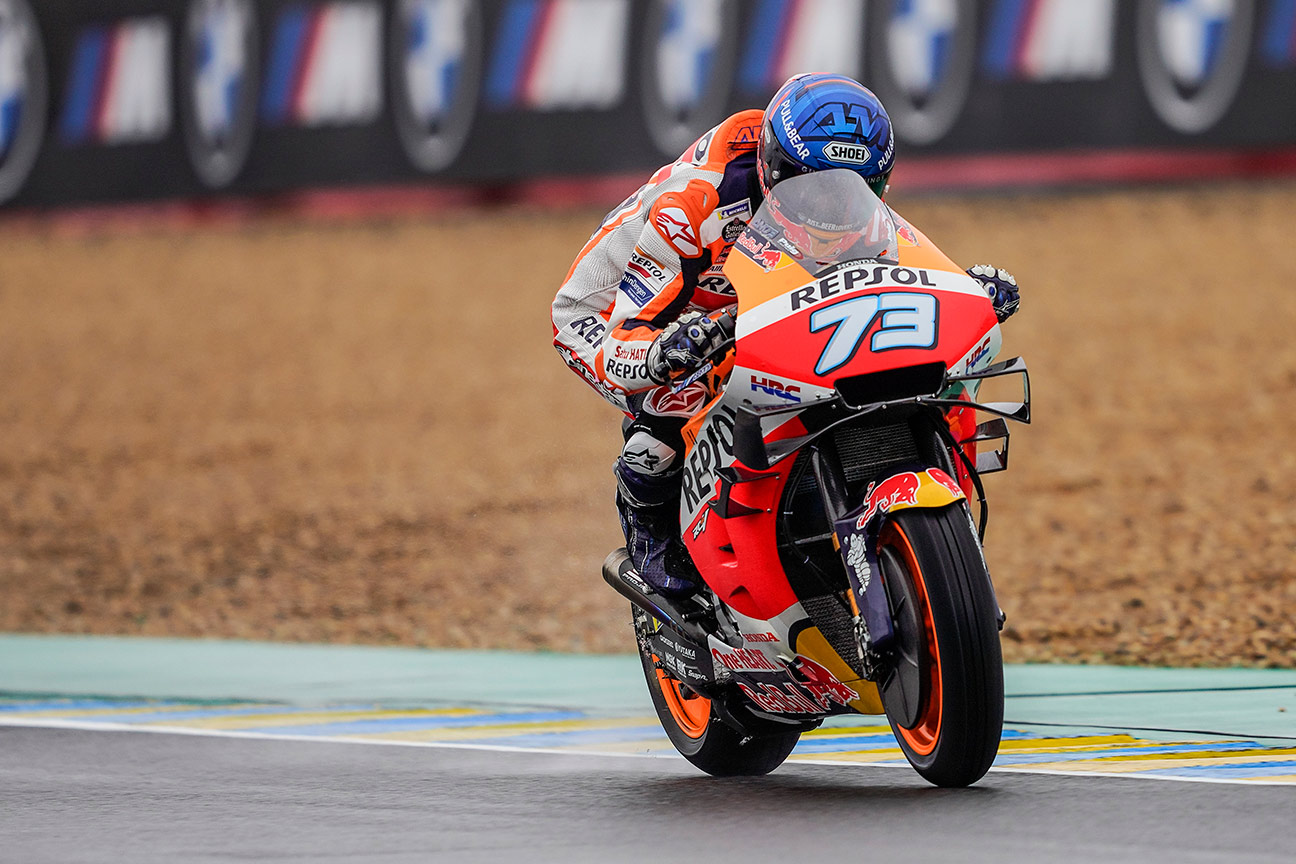 When riding on dry asphalt, there are two obvious limits: those of the motorcycle that has been used throughout the entire weekend and those of the rider himself. When it rains, however, these limits aren't so clear, and that is where the risks lie. To what extent can the rider takes risks?

Pedrosa states that, "the front wheel plays an important role on the wet surface because it gives the rider confidence." He also points out that it is easier to see potential falls when "the back wheel lifts off the ground since you never know how much you can accelerate until you scare yourself."

It's here that electronics have an important role. Dani explains that it helps the rider significantly at the time of "configuring engine response, with smaller adjustments and a more progressive power delivery." Traction control is another element to take into account as it controls how the bike reacts to the track when there is little traction, and the bike skids a lot.

One of the elements most often overlooked when talking about the differences between riding on dry and wet surfaces are the tyres. In these circumstances, Michelin offers a selection of rain tyres.

These rubber tyres are softer than the slicks, meaning that they reach an optimal temperature faster. The grooves in the tyre, which any MotoGP fan will have seen many times, respond to the need to displace water to avoid hydroplaning.

As for the brakes, if it rains, steel discs were used instead of carbon discs because the latter need a very high temperature to provide optimum performance. Thanks to production improvements and covers designed to cover the discs, it has been possible to use the carbon discs even in rainy conditions..

One interesting and perhaps lesser known effect is that the water from the front tyre which is displaced towards the radiator can dangerously cool down the engine. This has required mechanics to come up with a solution that is as simple as it is efficient: protect the bike's radiator with adhesive tape.

Lastly, another important aspect of the bike set-up that should always be taken into account is the suspension system with a looser configuration than in dry conditions. This way, the bike doesn't exert as much pressure on the wheels and neither do the wheels on the asphalt. While in dry conditions the front wheel is what helps the rider get a feel for the track, now in wet conditions it is more important that the chassis position be pushed further back. This aids the rider as he's not as dependent on the grip of the front wheel upon entering the curve. 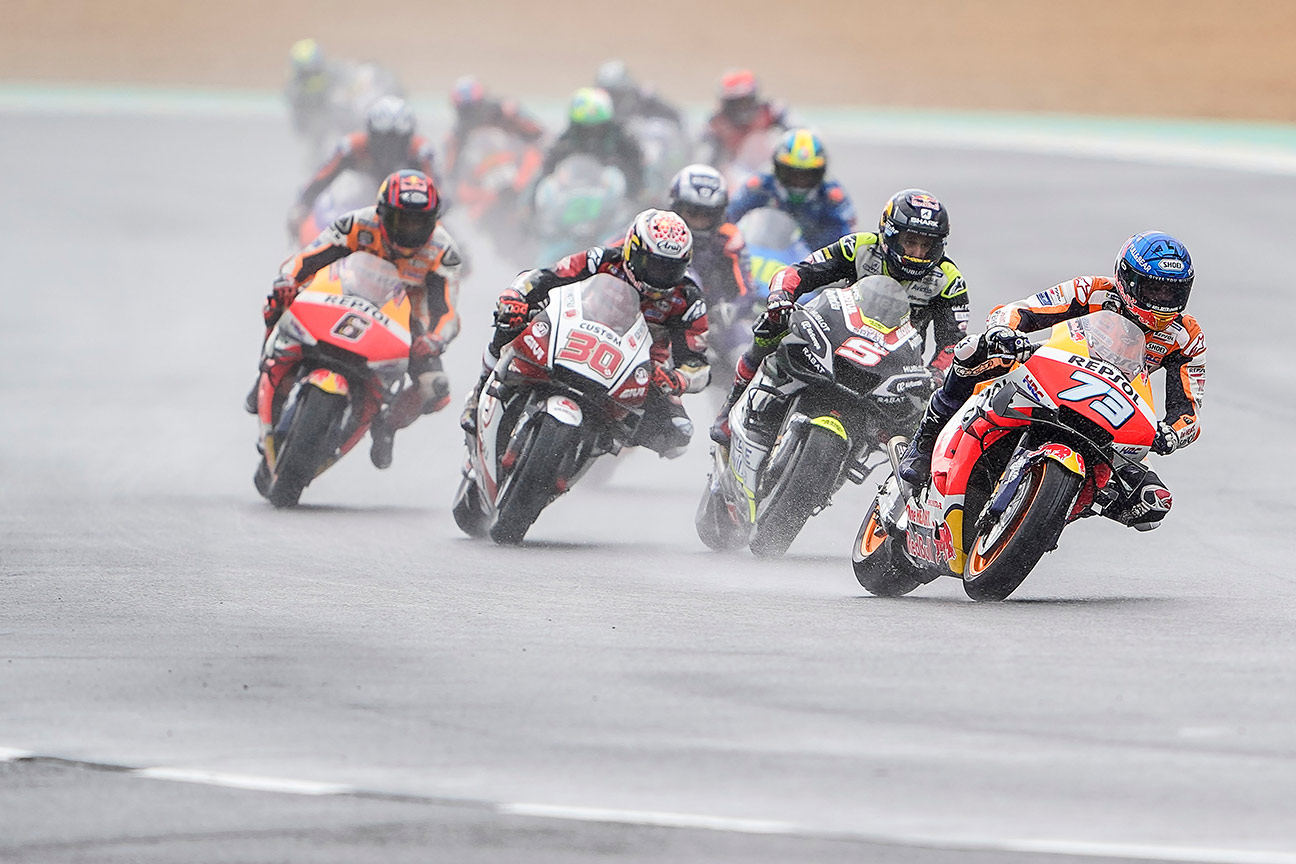 Dressing for the occasion

In addition to the waterproof suit, the helmet used by riders also changes completely to adapt to the wet conditions. To start, the visor is transparent, and it includes additional extra ridges that keep water out.

The exterior part of the visor is rubbed with a special product that makes drops of water slide off quicker to avoid visibility problems. Inside it has a pinlock system that creates an air chamber with the visor, whose function is to prevent mist from forming.

Regarding the suit, depending on the situation, they are either treated with waterproofing or covered with a plastic coat, as the material they are made of is porous and not at all suitable for piloting in wet conditions. Without this waterproof layer, it would absorb a lot of water and its weight would increase considerably.