The German Grand Prix was held on the hottest of the three days of action at Sachsenring. Espargaró came into the race suffering discomfort on his left side due to the heavy crash he suffered at Turn 1 of FP1.

The Repsol Honda Team rider, who started thirteenth on the grid, managed to get into the Top 10, maintaining a consistent pace. Finally, high temperatures and pain forced his retirement with seven laps to go.

Stefan Bradl just missed out on scoring points at Sachsenring. The German rider finished sixteenth after starting the race from eighteenth.

The MotoGP riders now travel to the Netherlands for Round 11 of the season, the Dutch TT, which takes place at Assen next weekend. 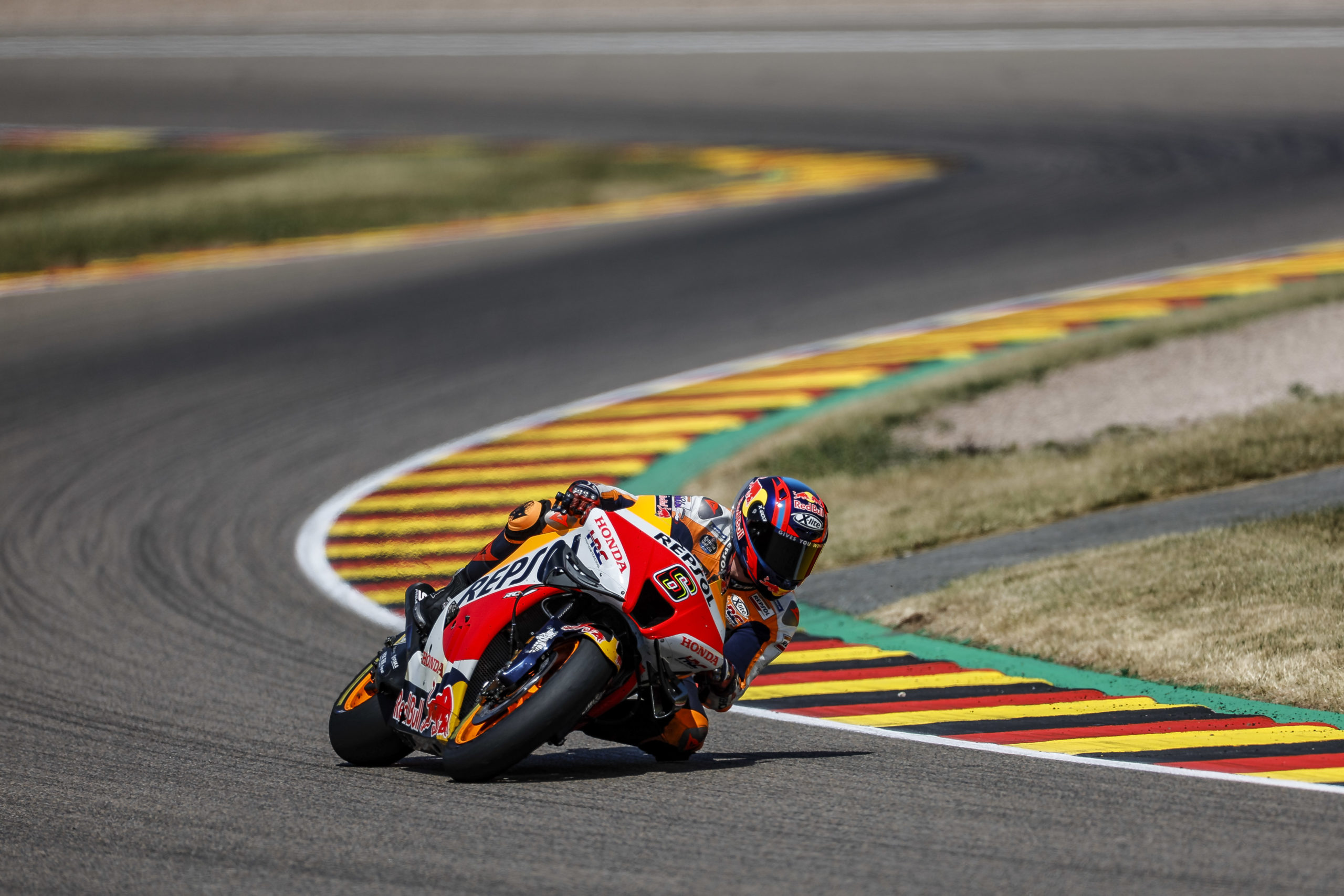 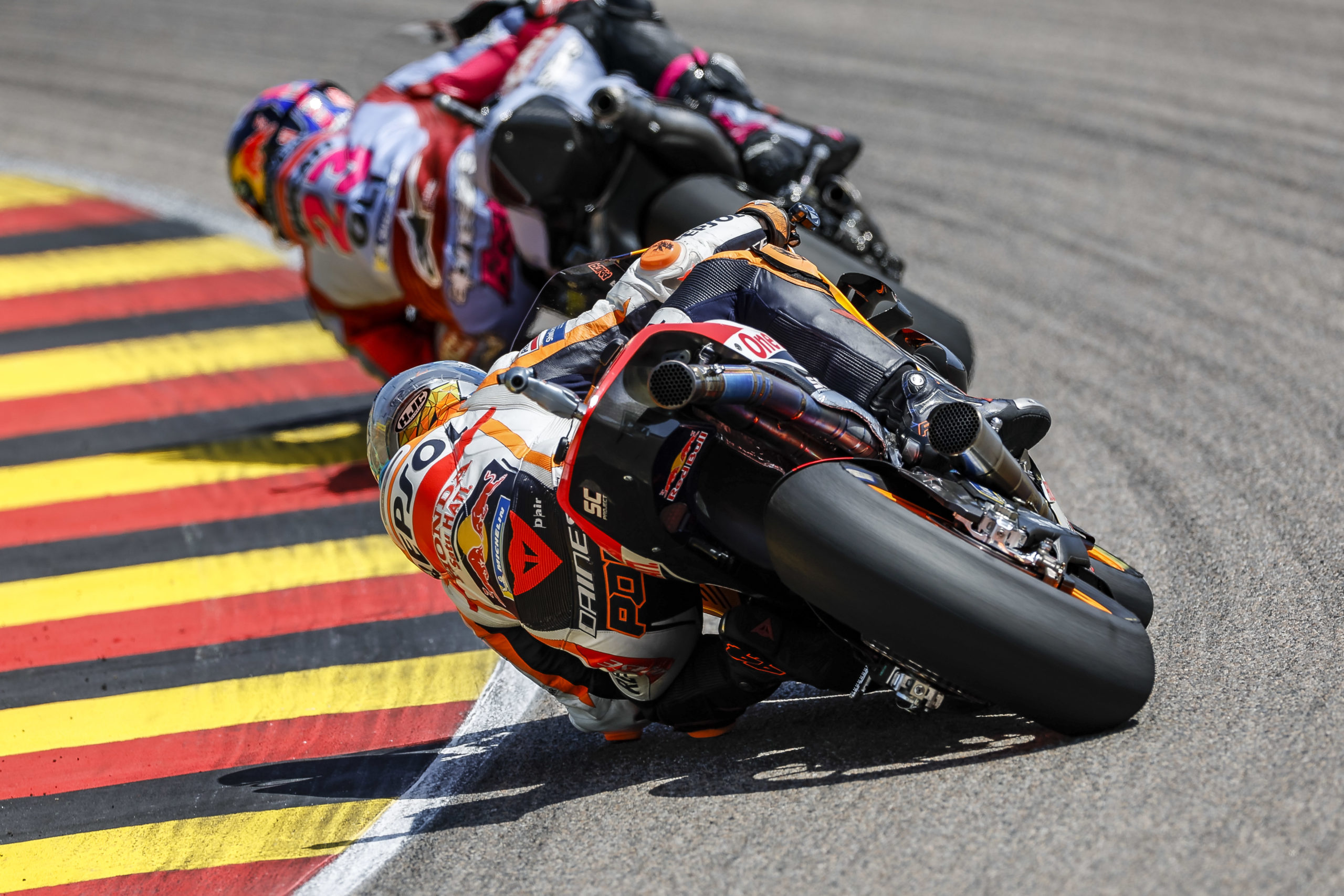 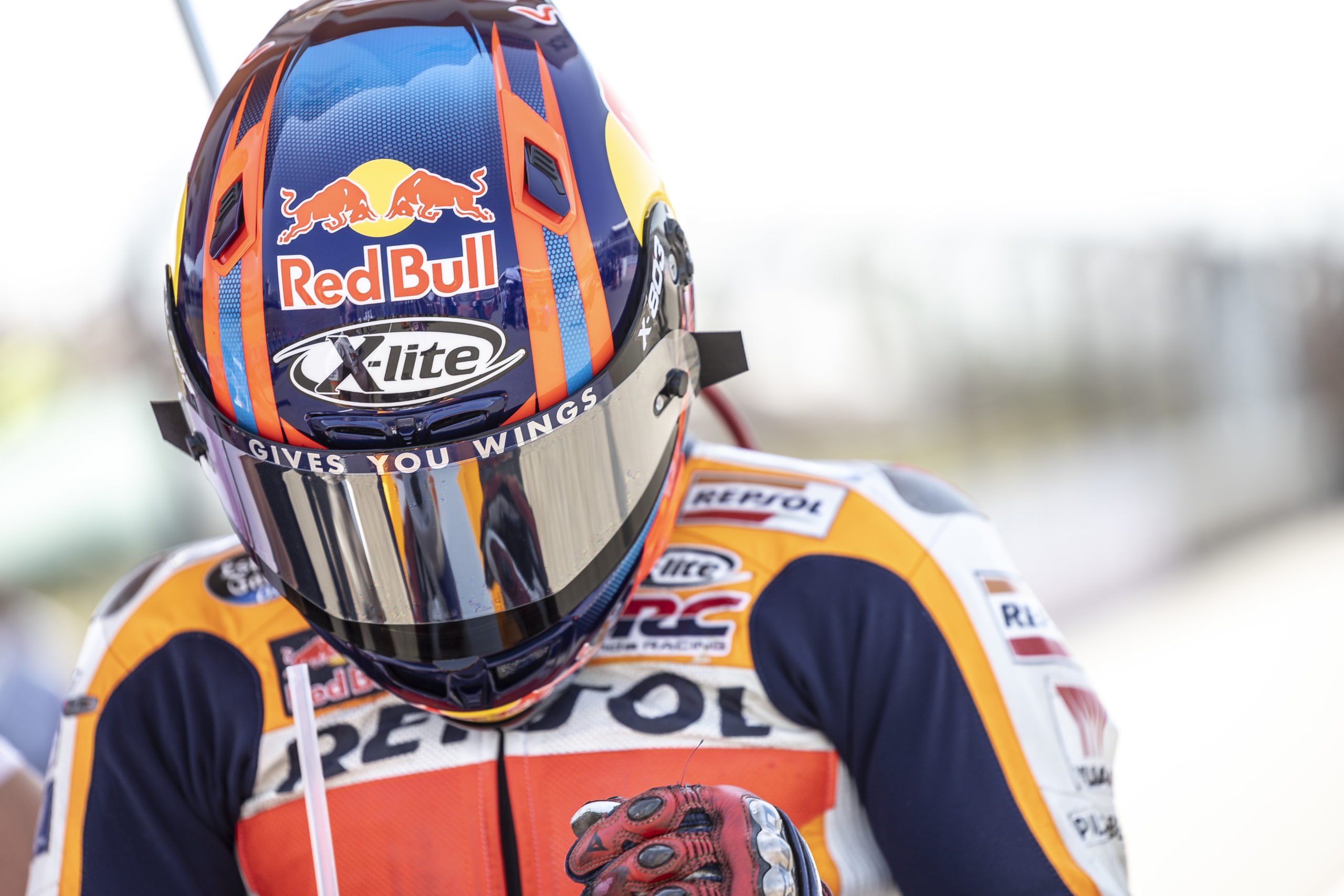 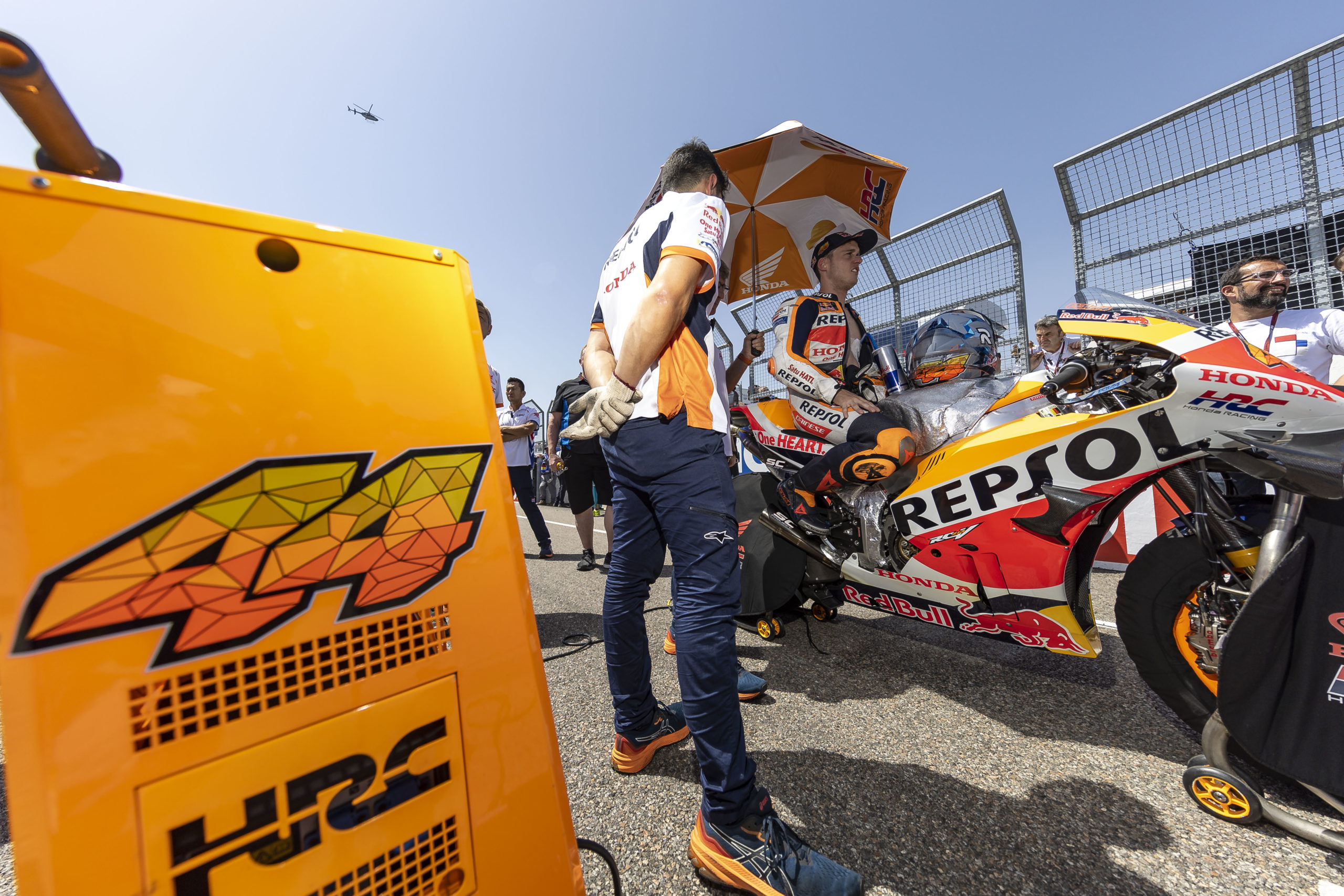 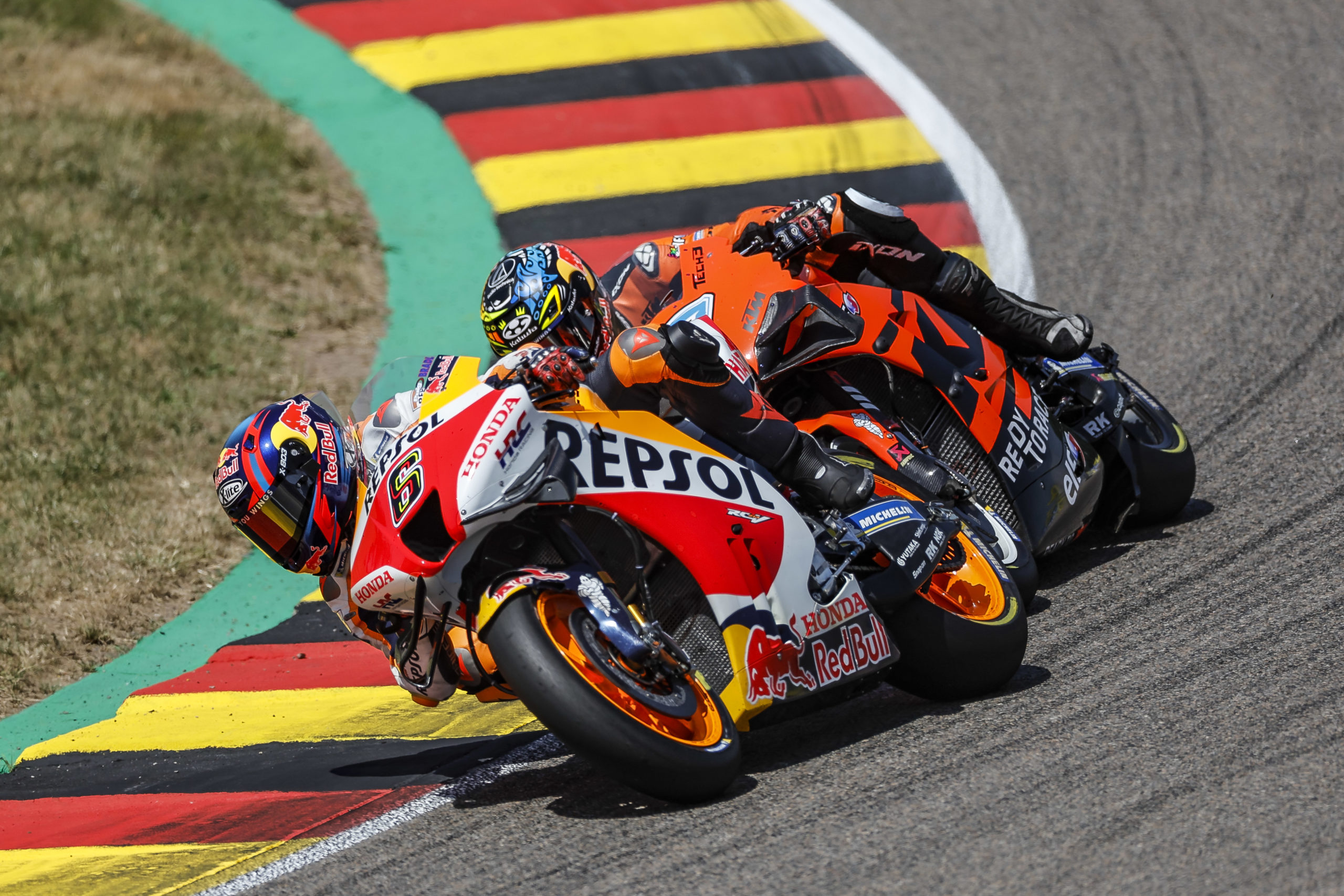 "It was a tough weekend already and then today was another hard day. The ribs just need time to recovery but putting more stress on them each day doesn’t help. I tried to do what I could in the race, but the pain got worse and worse and with the heat, I was struggling to breathe. We also had a lot of heat on my right foot which added to the pain. I had to retire; the pain was too extreme. Now I will go home and recover there, the rib injury is similar to what I had in Valencia last year so I know how to deal with them a bit. Three days is not a lot before Assen, but it is what it is."

"Today is a sad day, I had a big issue with riding the bike in this heat. After following people for the first few corners, I couldn’t brake because my right hand, the lever, became so hot and I couldn’t control the bike. After a couple of laps, I had to drop back to get some fresh air for the bike and for my body. I just tried to finish the race, it was physically more than on the limit and I also have a burn on my right foot because it was so hot. It’s not acceptable to have this situation, we need to improve it. Luckily in Assen we have a chance to fix this problem."