At the moment a MotoGP bikes usually travels at average speeds of between 160 and 185 Km/h depending on the circuit and the conditions, and Dorna shows us at what speed a certain pilot is travelling at, during the race. There are other speeds that are not measured as much, and are not seen, but are equally as important when driving one of these vehicles.

The MotoGP bike’s engine for example, has many moving parts that move at different times and in different ways. The engine moves at 18,000 rpm when the rider demands maximum power. At such speeds each valve opens and closes 150 times per second, something difficult to imagine. The demand that this movement has on the parts means pneumatic valves are necessary, since conventional springs are not guaranteed to withstand this intensity. 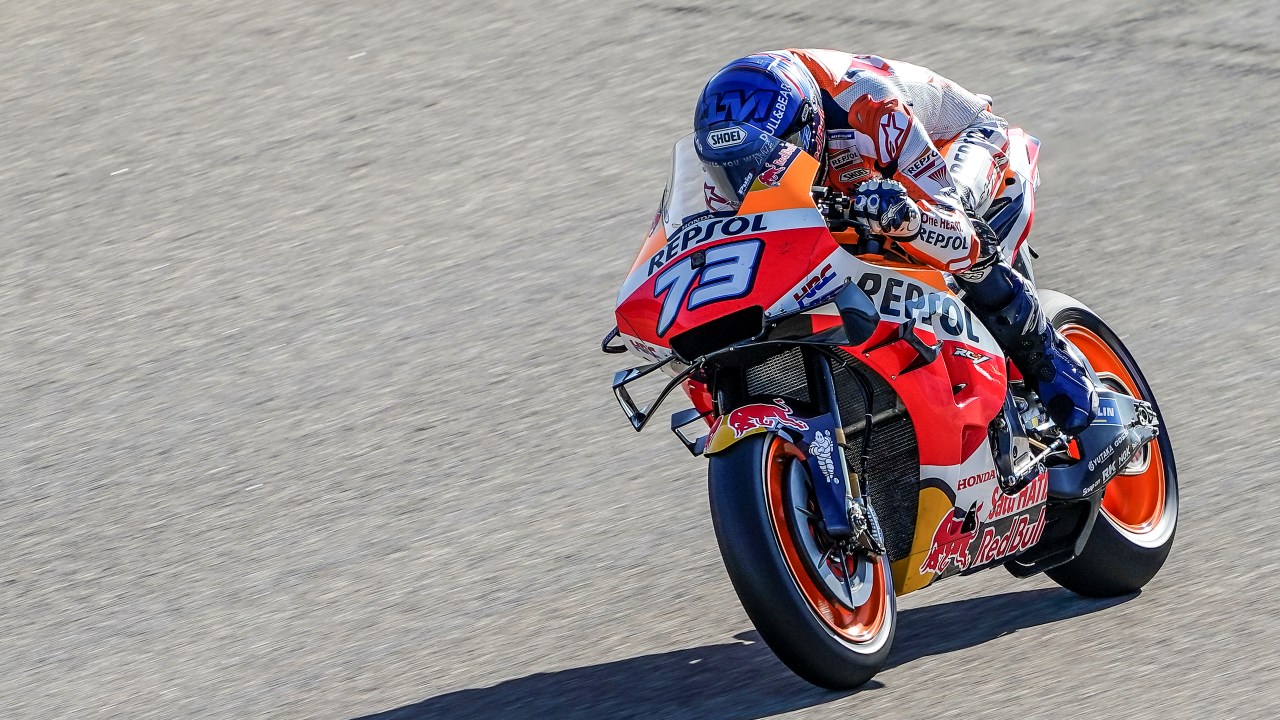 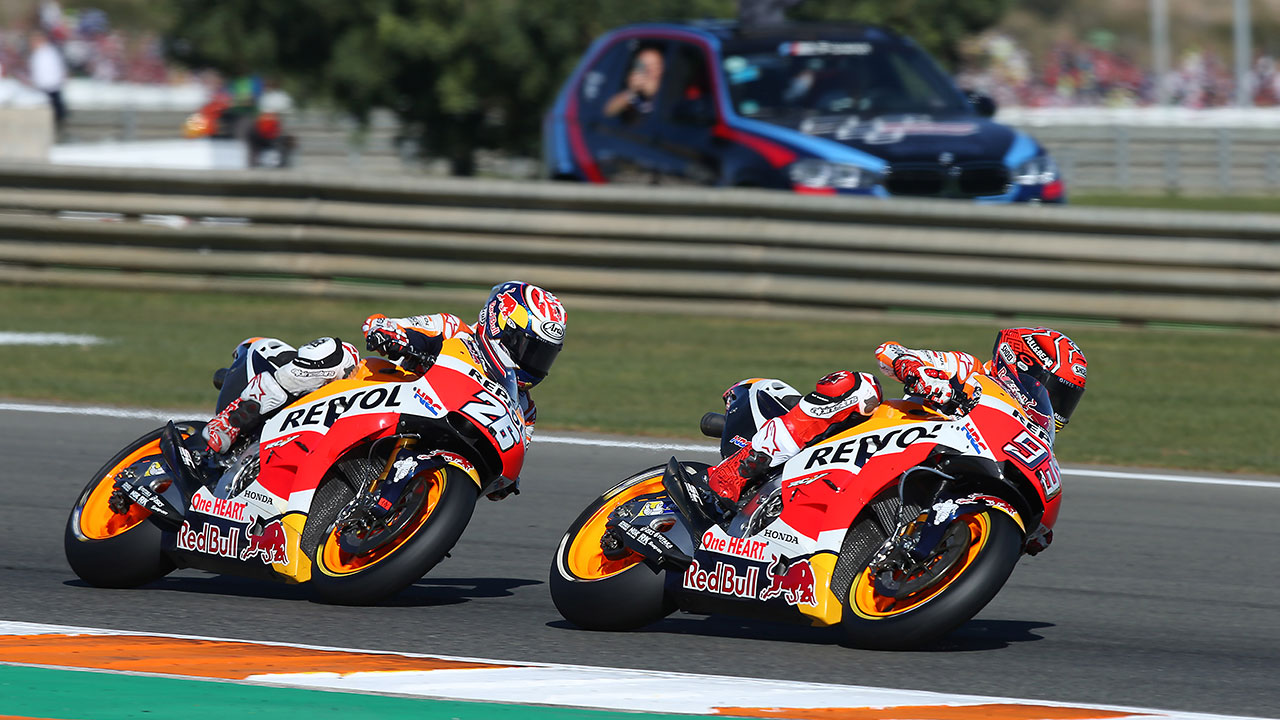 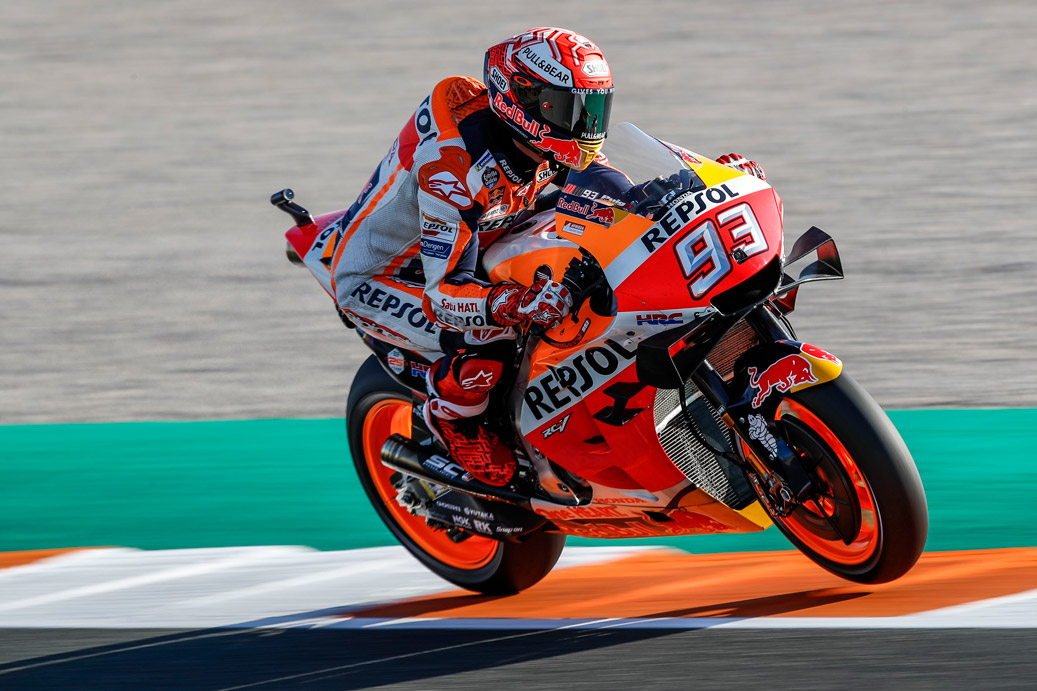 The injectors that feed the engine follow the same rhythm as the valves, performing about 9000 fuel injections per minute when the engine is at maximum capacity.

The pistons move at an average speed of around 29 m/s (meters per second), slightly quicker than 100 km/h. It does not seem like much, but we are talking about an average speed of a part that travels approximately 48 mm, in which it goes from being completely stationary, to its maximum speed and then braking to a halt.

This process is repeated 18 000 times every minute during a distance of less than the width of your mobile phone! Being constantly subjected to such accelerations and decelerations puts a lot of strain on the pistons.

The carbon discs that make up the brakes turn at the same speed as the wheel, but are subjected to certain conditions. When braking hard, as for example on curve 1 of the Sepang circuit, they go from being around 250 ºC to almost 800 ºC in just six seconds. Once the rider releases the brake lever, the disc starts to cool down, ready for the next curve.

Talking of braking, riders spend between 20% and 30% of the time on the track braking, on some circuits more than 30 seconds per lap, in which the brake is always applied at the same point and with precise adjustments and degradation of the wheels.

The discs are not the only component that has to work at a specific temperature, the engine can also have problems if the temperatures are excessive. To control the engine’s temperature, a coolant is used. This fluid is driven by a pump, triggered by the engine itself, circulating the fluid throughout the system.

In doing so, a constant temperature is achieved. At high revolutions the coolant flow can exceed 100 litres per minute, which is the equivalent of emptying a one-and-a-half litre bottle every second.

The gases from the exhaust pipe also reach a remarkable temperature, close to 700 ºC, but the speed at which they are released, at about 350 km/h, is not as impressive as the speeds at which sound waves move inside this component; reaching 500 m/s, or the same as 1800 km/h!

During a lap of the Circuit of the Americas the riders can make about 30 gear changes, some of them so fast that it may seem that there is not enough time. But thanks to the seamless gearbox, the MotoGP bike can make this change in just one hundredth of a second. In total, about 600 gear changes during a race would be almost 15 gear changes per minute. Which is a lot, if we compare it to what we do when we drive down the road, even in an urban environment!

Although the ECU does not strictly move, it is subject to the speed of data transfer. During a GP, the engineers of the team can end up downloading more than 30 GB of data information collected by the switchboard. Some of the sensors of the bike collect up to 1000 measurements per second and the ECU is able to adjust the operation of electronic systems in an instant.

These are some of the unseen facts about speed during a GP, but those that really make us tingle are the speeds that our riders reach on the track, thanks to the meticulous work of the team.