Mick was the first rider to win a world championship title with Repsol Honda, the same year the team was officially created in 1995. Michael Sydney Doohan, which is his full name, was born in Queensland, Australia on 4 June 1965. For five years he dominated the motorcycling scene, obtaining five world titles, four of them with our team. He made his debut in the sport at 19 in 1984, on the “Surfer’s Paradise” track in Australia. His first international race took place in 1987 at Suzuka 8 Hours, and in 1989 he was already competing in the Motorcycling World Championship, racing with Honda in the 500 cc class.

This classic rider’s stats are undoubtedly spectacular, more so when you consider that he only ever raced in 500 cc class, without first going through lower displacements: 54 victories, 95 podiums, and 58 poles. The successes that arose from this rider’s joining Repsol Honda were many and represent an era that made a legend out of the Honda NSR 500. Doohan retired in 1999, but his legacy was carried on by his teammate Álex Crivillé.

Casey was born in 1985, on 16 October; his debut was in the year 2000, when he rode in two races at FIM CEV Repsol. His rise, alongside Dani Pedrosa, led to his MotoGP debut the same year as the rider from Castellar del Vallés, 2006. In 2011 he joined the Repsol Honda Team with a fantastic season and the title of MotoGP World Champion. Casey achieved, on the last season of the Honda RC212V, 26 podiums of which 15 were victories from the time he wore our team's colours.

In 2012 he retired to live peacefully with his wife and daughter, although he maintained his relationship with Repsol Honda until 2015 as a test rider. In honour of him never letting anyone beat him there, the Phillip Island circuit in Australia named turn three after him.

That’s it for our refresher on these two World Champions from the Antipodes. These two riders’ feats continue to be remembered and celebrated in the history of the Repsol Honda Team. 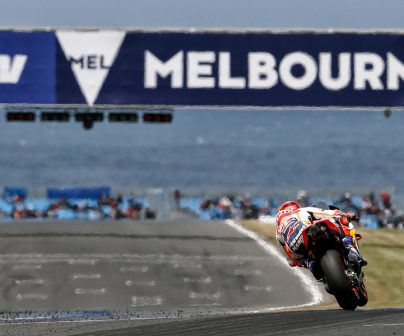