With temperatures higher than those which MotoGP usually encounters at the British track, the Repsol Honda Team riders completed the first practice sessions of the weekend on Friday.

Pol Espargaró started the day as the eleventh fastest rider in FP1. In FP2, the Repsol Honda Team rider dropped to sixteenth, 0.051s behind his teammate, Stefan Bradl, after setting a best time of 1:59.852. He was 9 tenths off the top spot.

Bradl used the first day of the British GP to improve steadily. Twenty-second in the morning session, the German rider climbed positions in the afternoon session to reach fifteenth. He lapped less than a second off the fastest rider, with a best lap of 1:59.801.

Both riders will have the opportunity to improve their times on Saturday during the third Free Practice for the British GP, to try to go directly into Q2. 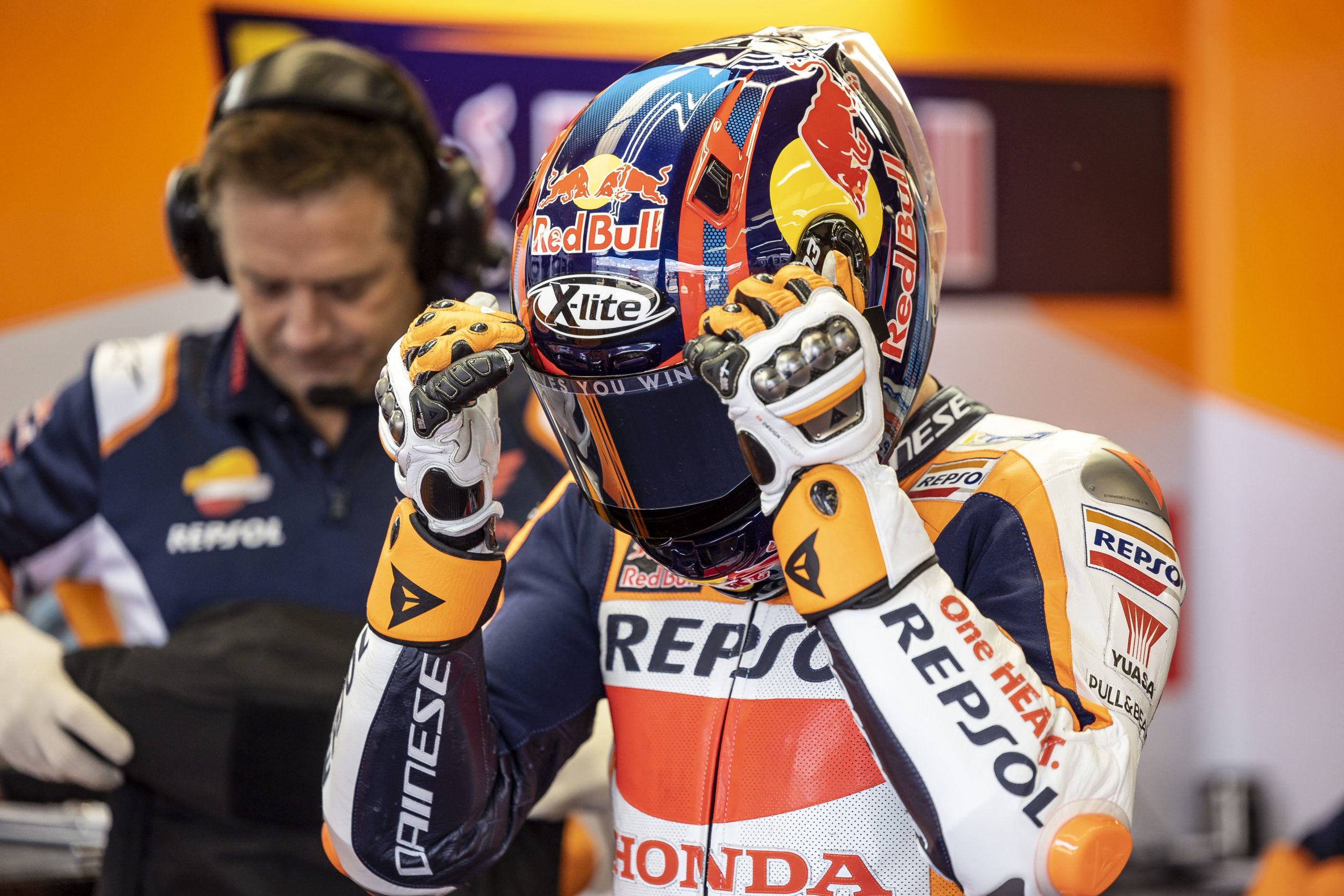 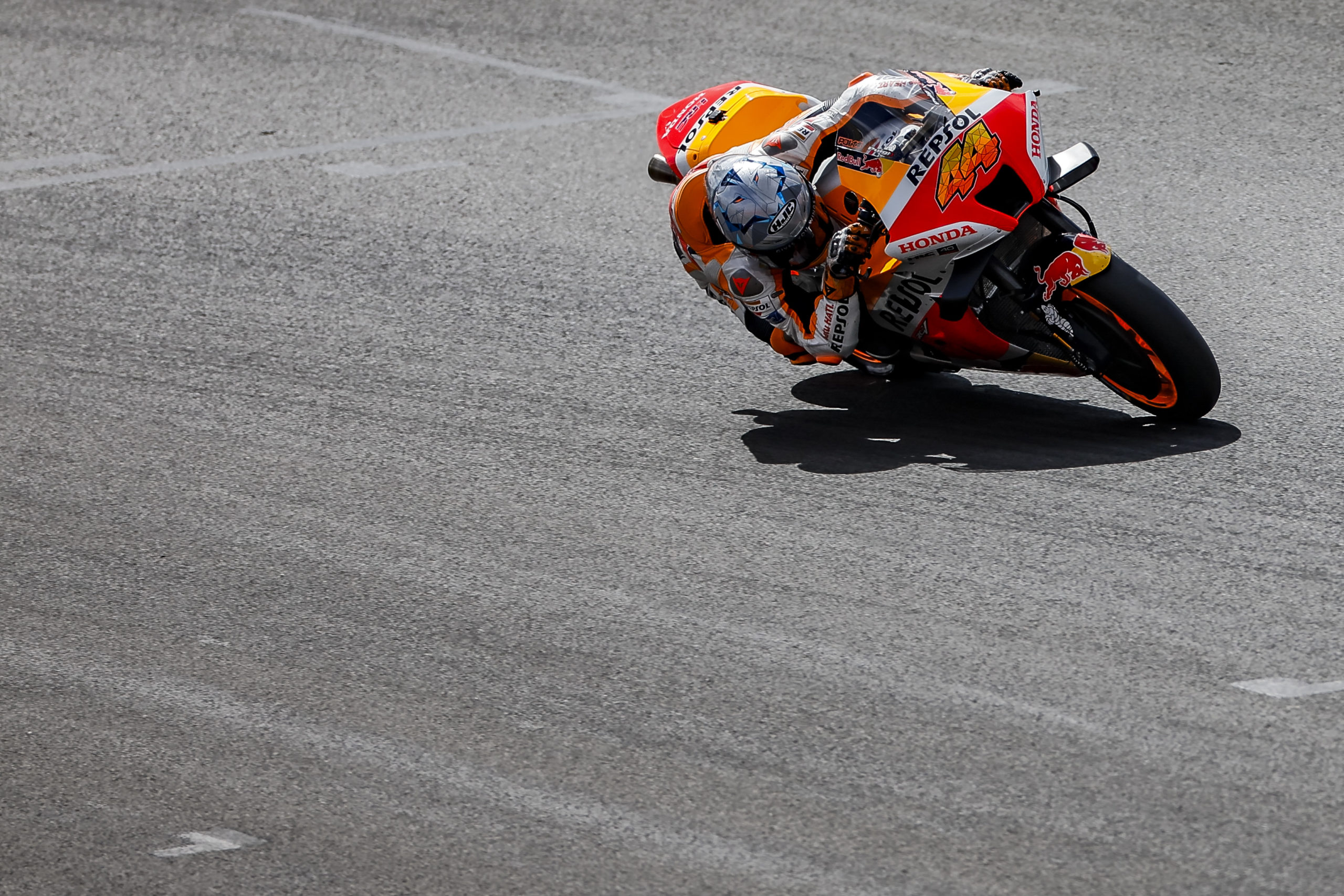 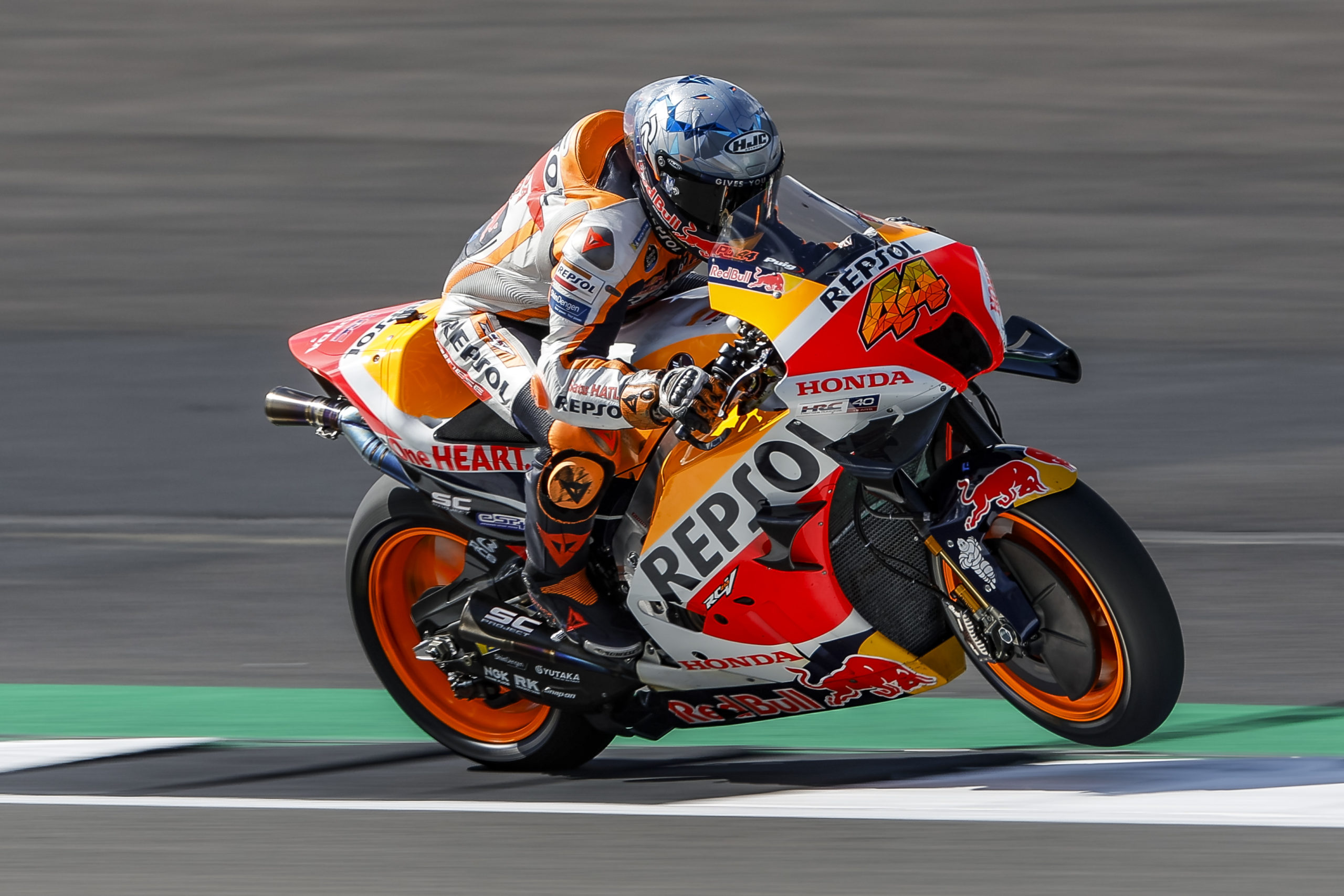 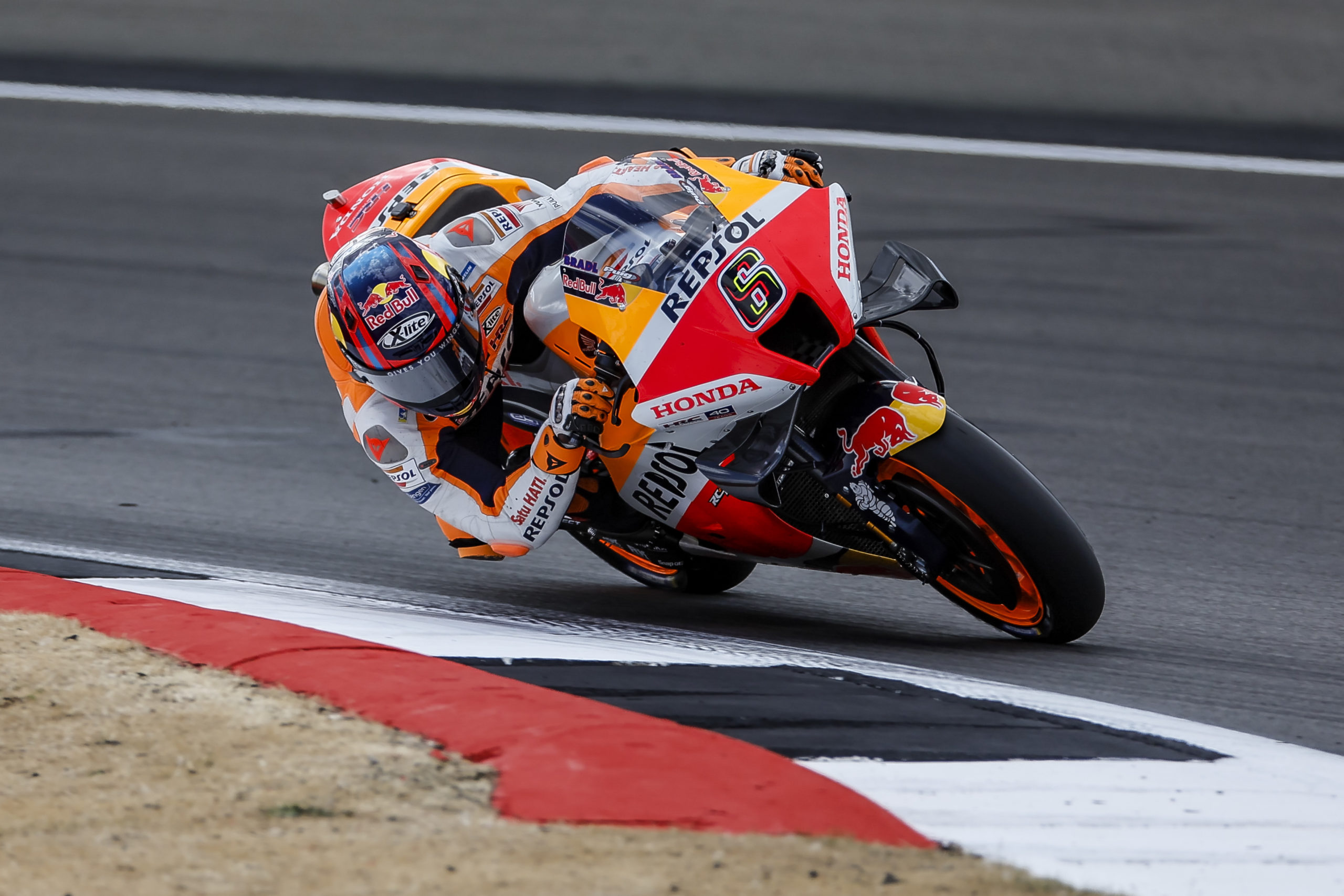 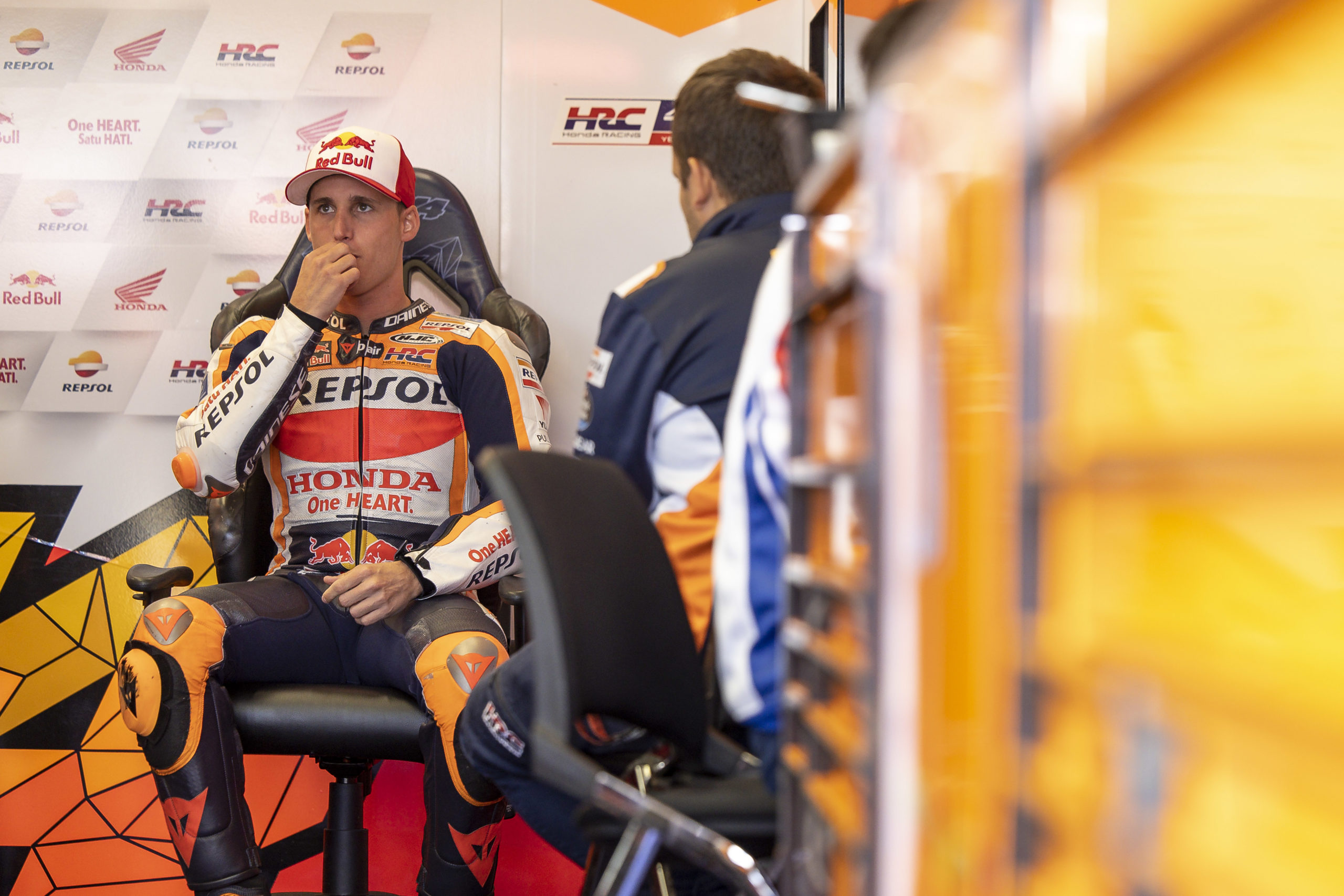 "Today was mostly about working on me, this was the biggest thing we tried. We did a bit of work with the aerodynamics package from before the break as well. But after more or less seven weeks without racing, it was a bit weird getting back on a MotoGP bike and I worked on myself today. My brain will keep working tonight and I am sure tomorrow we will be able to push more. The bike is working quite well at the moment so let’s see what tomorrow can bring. It’s nice to be back."

"I think that today my lap with the soft tyre was good, I am happy with the performance. I haven’t been here since 2016 so this morning it was a bit hard to find my way, but I was able to remember it. Some modifications to our setting made the bike easier to ride in the afternoon. So far, so good as we have found a better setting. Tomorrow we will need another step to keep up with the field. The soft tyre is making a lot of difference and I am able to get a lot of performance from it."