The first triple win was secured in a rather unusual manner at the Imola Circuit.

Few teams can boast of having occupied all three steps of the podium at the end of a race, or that their official riders have crossed the finish line in the three leading places, demonstrating their superiority over their rivals. Well, Repsol Honda has done all this, and it has done it on a total of six occasions.

The first triple win was secured in a rather unusual manner at the Imola Circuit during the 1996 Italian Grand Prix. The race was stopped several laps from the end of the GP when a downpour started and the winners were selected by the order in which the riders had crossed the finish line in the 16th lap. This way, Mike Doohan, who had started the race in pole position, climbed to the top of the podium, accompanied by his team-mates Álex Crivillé and Tadayuki Okada. 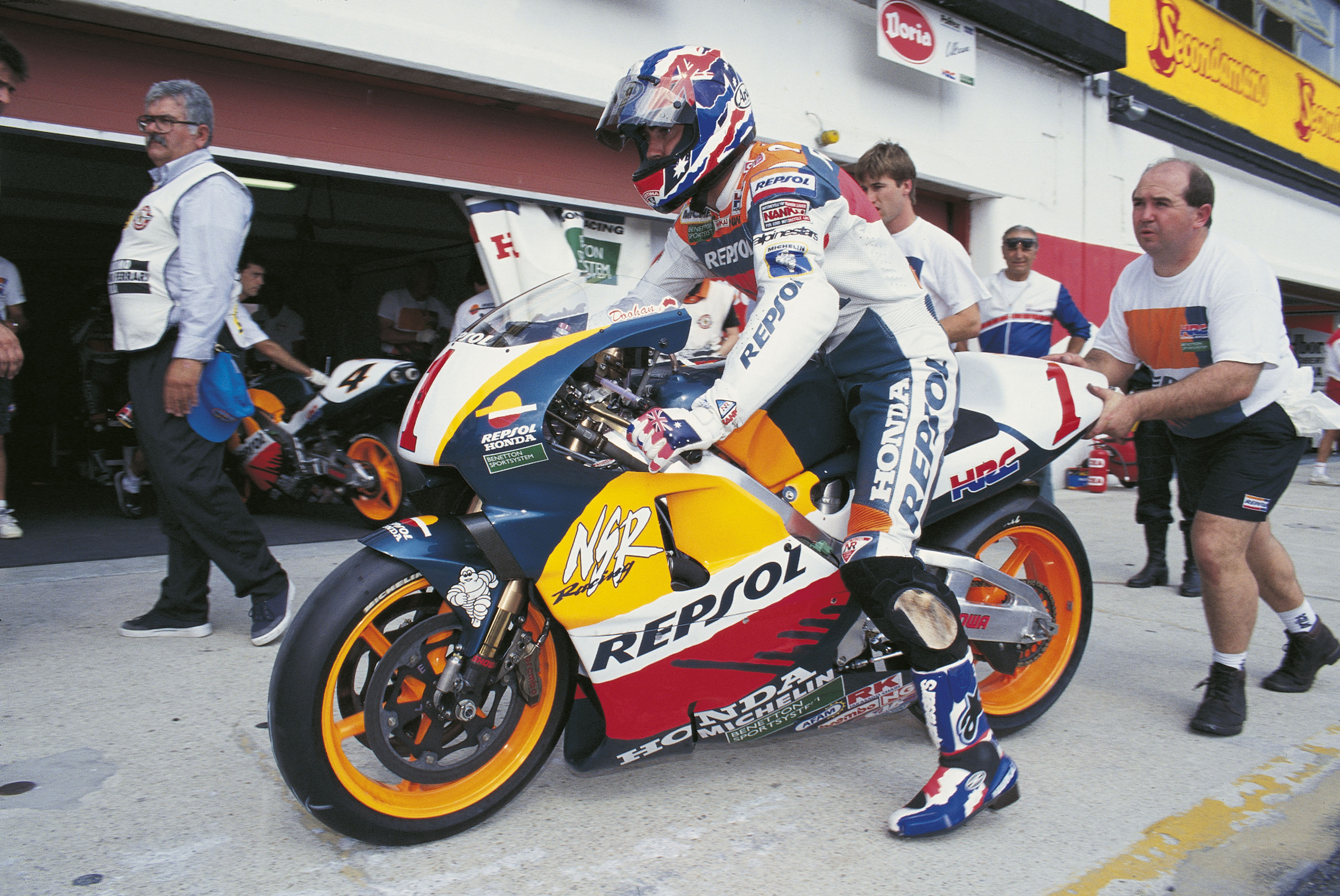 This unusual end to the race, which marked the Repsol Honda Team's first triple win in the 1996 World Championship, was merely a foretaste of what occurred the following season. With Mike Doohan, Álex Crivillé, Takuma Aoki, and Tadayuki Odaka in its ranks, the team secured a total of no less than four triple wins.

The first took place at the Suzuka Circuit during the Japanese GP, and the podium positions were the same as those at Imola: Mike Doohan, Álex Crivillé, and Tadayuki Okada. The fight for first place between Doohan and Crivillé during the last lap of the Grand Prix will live on in the memories of fans. Takuma Aoki was the icing on the cake for the Repsol Team, crossing the finish line in fourth place.

Spanish fans were treated to a second triple win at the Jerez Circuit during the 1997 season. As was to be expected, on this occasion, thanks to the motivation of racing on his home track, Crivillé overtook Doohan and crossed the finish line as winner in the Spanish GP, with Okada finishing third and Aoki once again in fourth place. 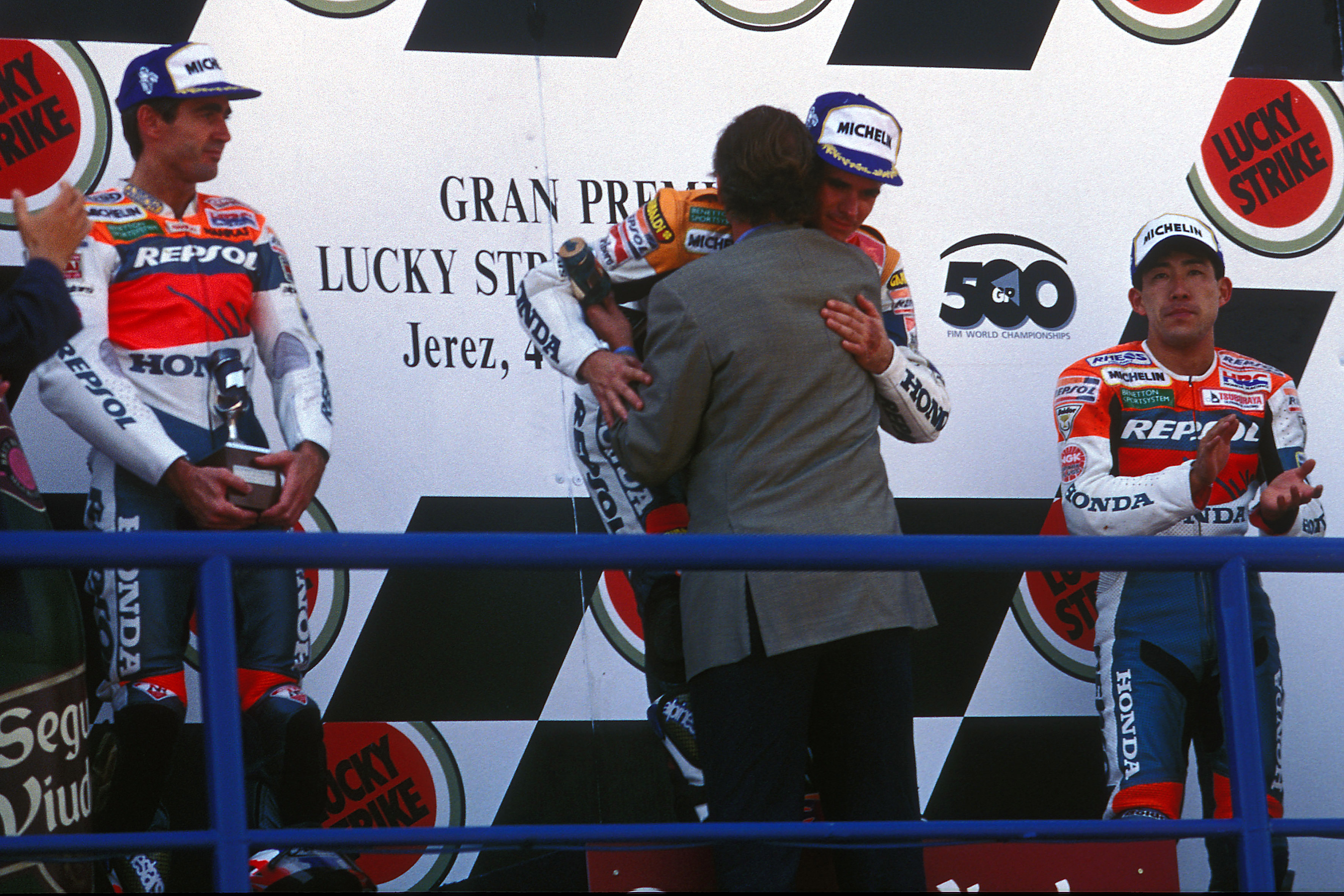 Alex Crivillé, who had suffered an injury in a previous race, was not part of the triple win that the Repsol Team secured in the German GP at the Nürburgring Circuit. Mike Doohan once again came in first and Okada and Aoki crossed the finish line behind him nearly six seconds later. We should stress that, during this Grand Prix, the Australian rider had to make a comeback after a poor start and, despite all this, he still managed to get a Grand Slam: pole position, fastest lap in the race, and victory.

The last triple win of the 1997 season involved a memorable battle between Doohan and Okada, which ended with the Australian rider proving victorious by a mere 69 milliseconds. The Japanese rider had to content himself with second place, and Crivillé with third. 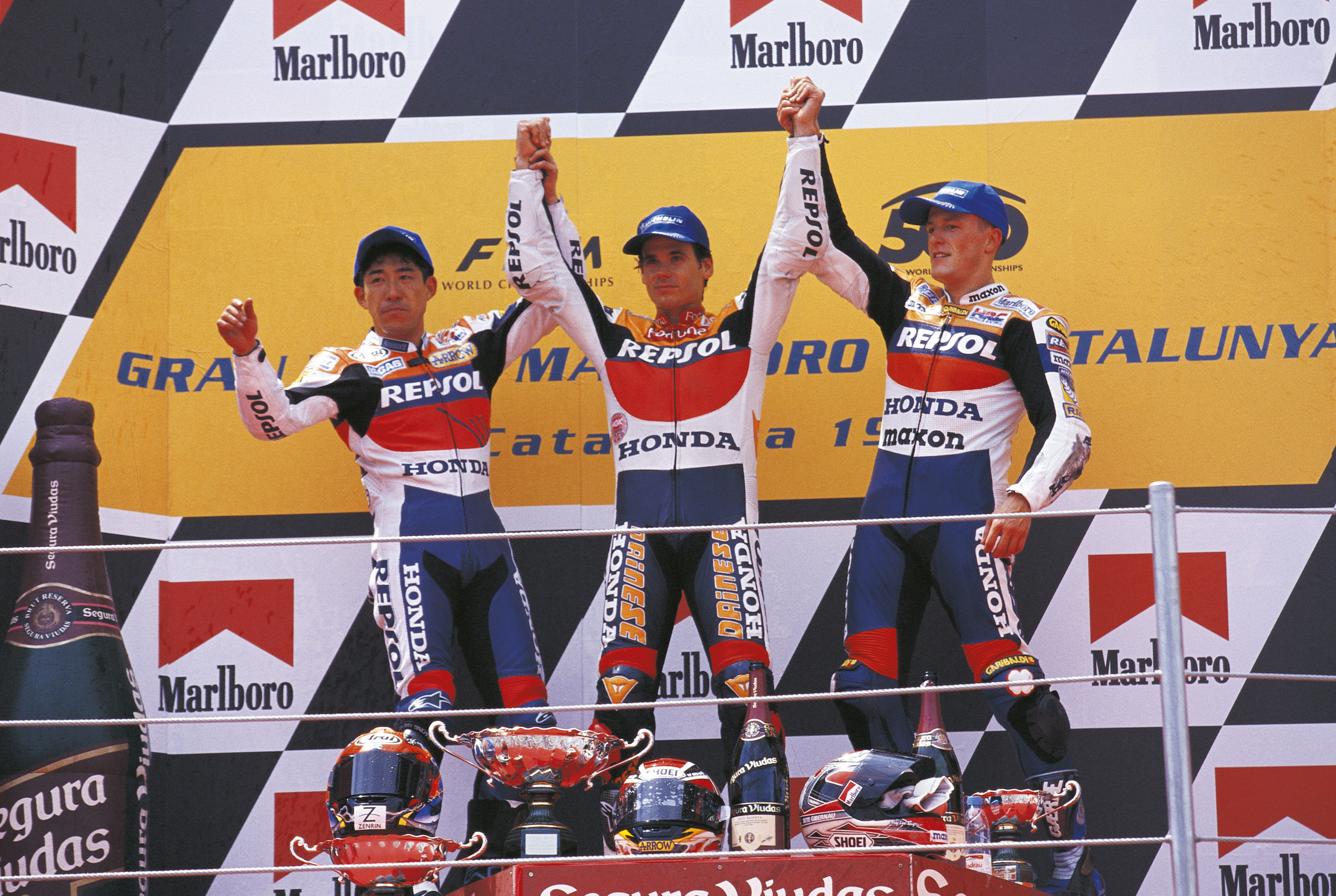 The last triple win to date was achieved by the Repsol Team in 1999. We were able to enjoy it once again in Spain, during the Catalunya GP held on 20th June. Of the three riders who stepped onto the podium, two were Spanish. The champion was Alex Crivillé, who reached the finish line a mere 61 milliseconds before Okada and Sete Gibernau in one of the closest finishes we can remember. Gibernau secured the fastest lap in the race.