After the Catalan Grand Prix, Márquez and Lorenzo undertook an official test at the Circuit de Barcelona-Catalunya, where they were able to prepare for the upcoming MotoGP races.

The round at Assen, the only circuit that has hosted the World Championship every year since the creation of the series in 1949, will be the first of two races in consecutive weeks, preceding the German Grand Prix. 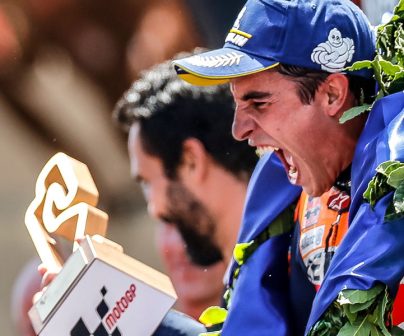 Fourth victory of the season for Márquez

Assen is a circuit where you need to be very precise and it’s difficult to be consistent there. To be consistent and precise in the fast change of directions is really important to go well at Assen. I’m looking forward to racing there again as we have had some good battles in the past and have put on a great show for the fans.

I am sure we will have a great race on Sunday. The weather is also looking good so I am confident we can have a strong weekend.

We come here after our most consistent weekend of the year in Barcelona. The end result was not as we wanted but all weekend we were able to be competitive and keep improving the bike, this is what I want to do again this weekend.

If we continue to work in this way with the Repsol Honda Team, we can again have the speed like we did in Barcelona.