Home / MotoGP / Repsol Honda Team out of luck in Valencia

The 2022 MotoGP World Championship season came to an end on Sunday in Valencia, on a difficult day for the Repsol Honda Team riders.

After spending the whole weekend with flu symptoms, Marc Márquez was unable to finish the season finale after suffering a crash at Turn 2 on Lap 10, when he was riding in fourth position. The Repsol Honda Team rider ended an atypical season and is already focused on next Tuesday's test at the track to prepare for 2023.

Pol Espargaró also suffered a crash in the early stages of the race, after five laps. He says goodbye to the Repsol Honda Team after having achieved two podiums and one pole position with them.

The 2022 MotoGP World Championship finishes with Marc Márquez occupying 13th position in the standings with 113 points from 12 races, and Pol Espargaró 16th with 56 points. 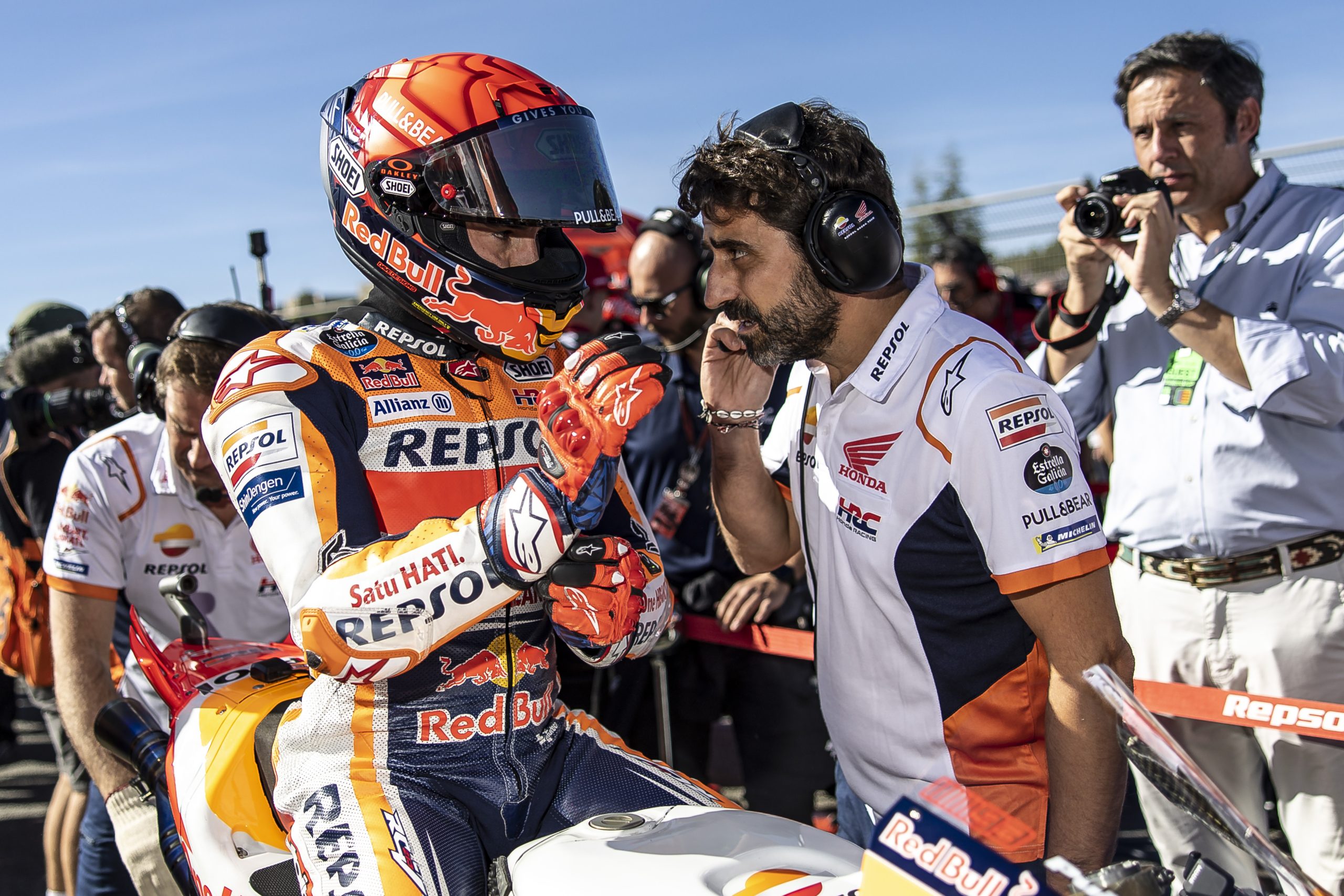 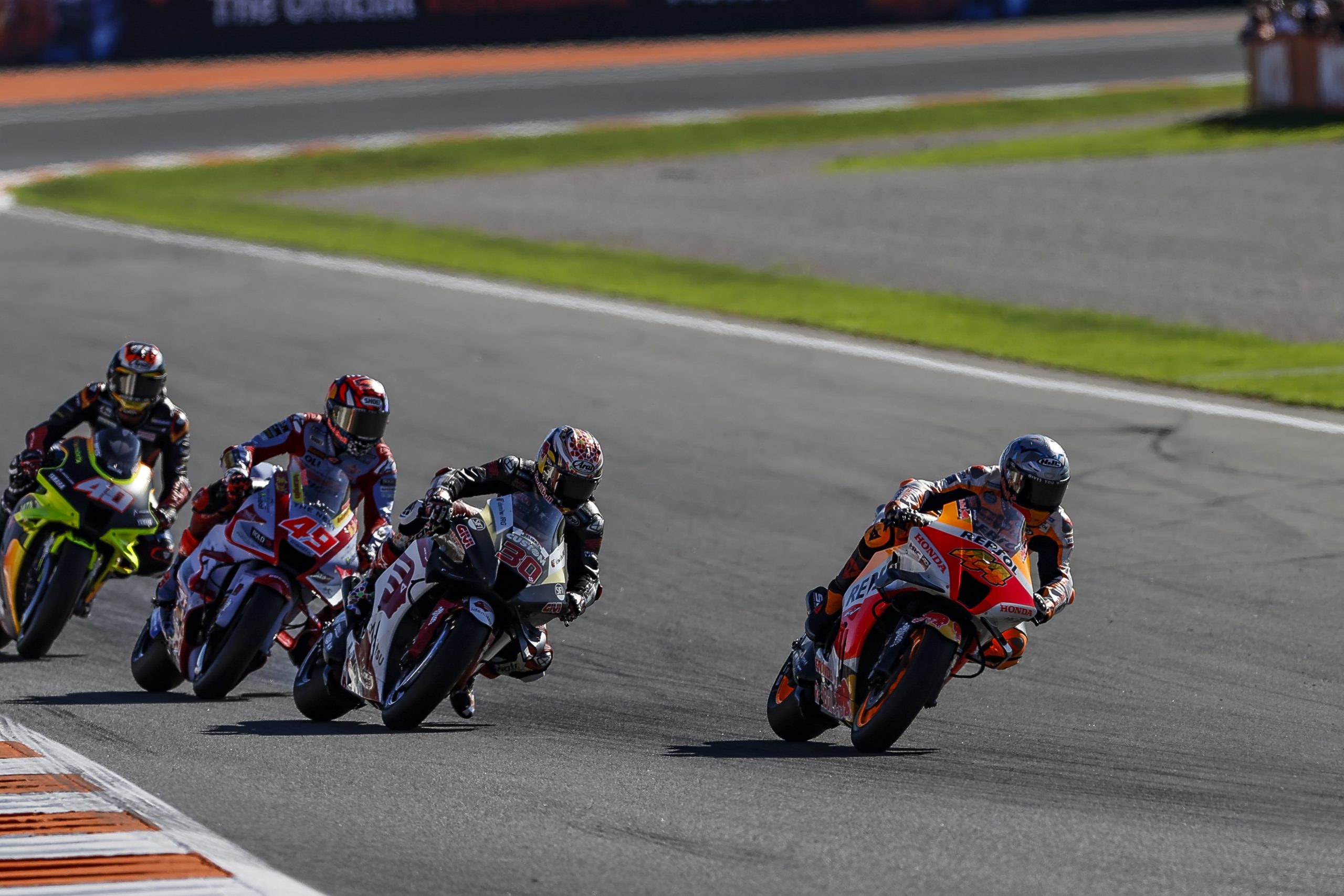 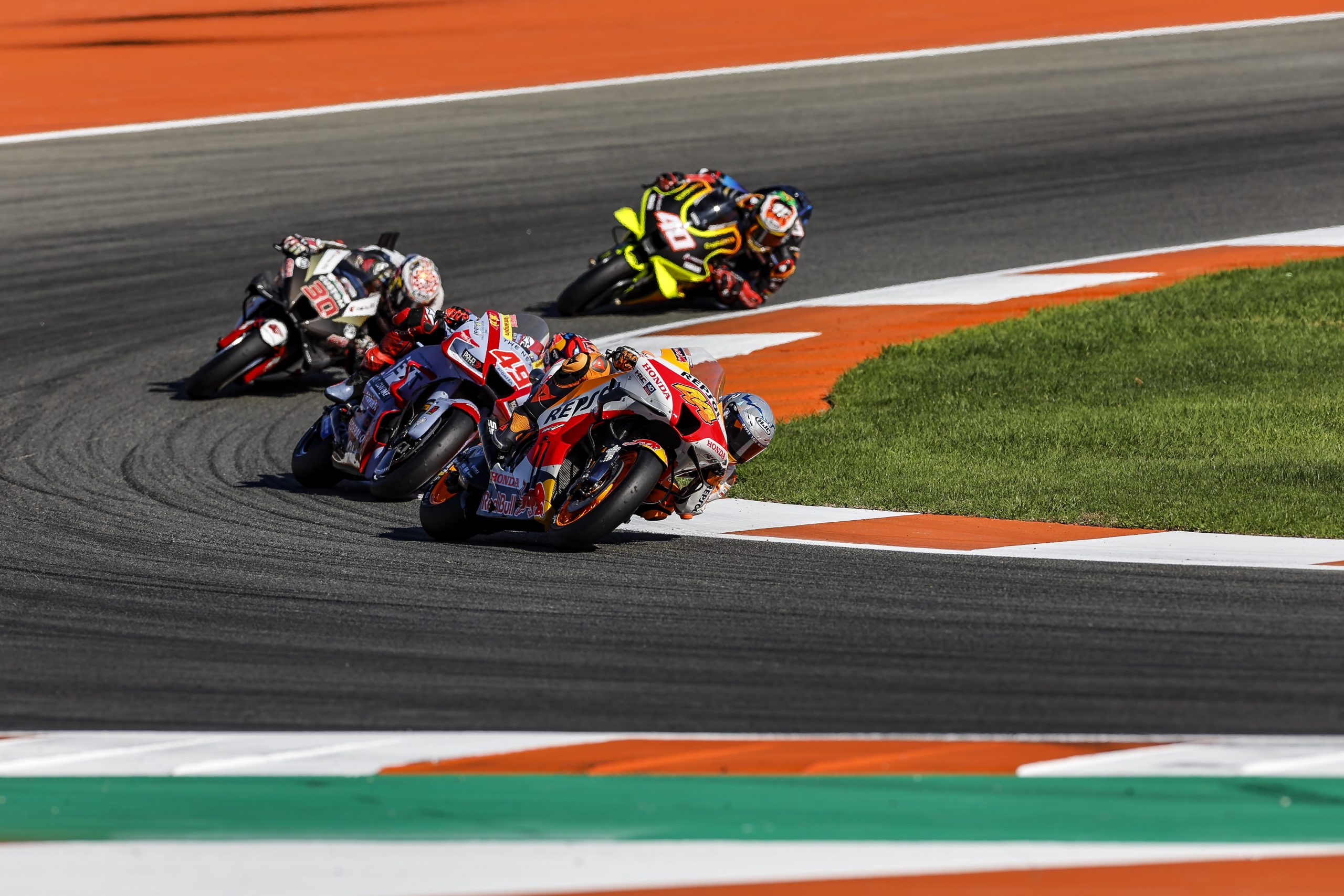 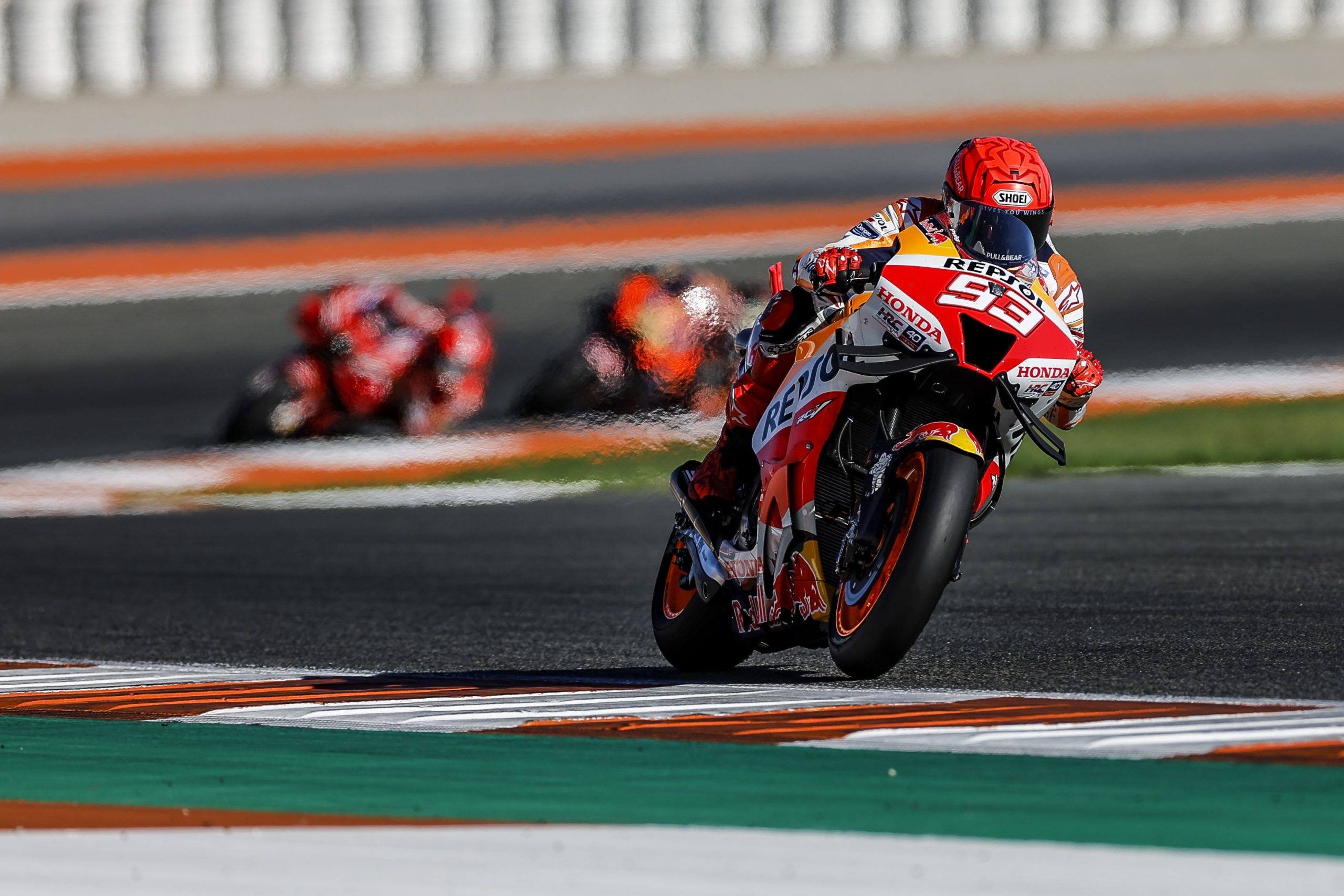 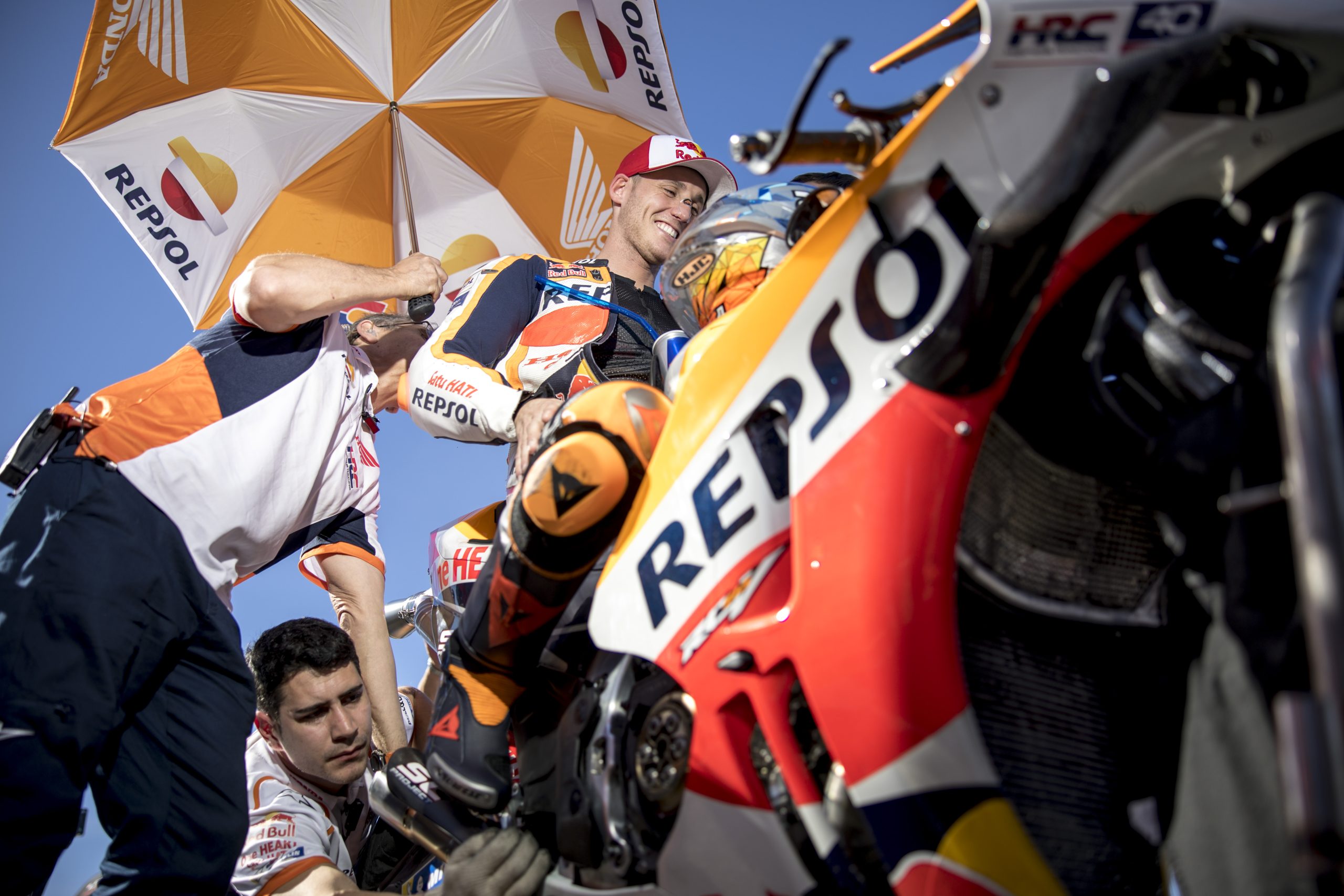 "Overall, looking at the big picture, I am happy with the weekend because we showed that the level is there, the rhythm is there, the feeling is there. I understand how I need to be fast and I was happy, but today wasn’t the day. Yesterday I said the target was the podium but from the start I didn’t feel right. I saw that the podium was leaving so I went all or nothing. The speed was there and we know what the issue was today in the race. I am going to work hard this winter to be as prepared and as ready as possible but work begins even sooner on Tuesday. I am looking forward to trying Honda’s first step of 2023."

"Today wasn’t the race we wanted. In the slipstream into the first corner I was going wide a lot and one time I went quite wide, made up the time but then when I went wide a second time I couldn’t save it. It’s not what I wanted, it’s a pity. I want to again say thank you to all of my mechanics and the staff around who have stayed alongside me and supported me no matter what. They’ve been behind me through the good and the bad and I really appreciate this a lot. It’s the end of our journey together but the opportunity to race in these colours is something I will not forget."