The penultimate day of testing was another productive one for the Repsol Honda Team, a fruitful day for both Pol Espargaró and Stefan Bradl as the pair completed 110 laps together. Conditions remained good for the premier class, many rider choosing to focus on longer runs over the course of the day as opposed to time attacks.

Early in the day, Pol Espargaró suffered his first fall as a Honda rider. The crash had little consequence and he quickly returned to the circuit after a change of leathers. Bouncing back, Pol picked up his pace and set a low 1’54 to move to the top of the timing tower with three hours or testing left. For the fourth day in a row of testing, Espargaró completed over 50 laps on the Honda with a best time of 1’54.103 and ending the evening as top Honda. Espargaró and the Repsol Honda Team continue to be pleased with the progress and growth shown across the two tests so far. 0.8s back from first, under 1.5 seconds split the top 18 riders when the flag came out.

Stefan Bradl was back out on track after a heavy fall the previous day, the German continuing with Honda’s testing plan. Today’s programme was focused around consistency and gathering data as opposed to pushing the RC213V to the limit. Although his final time wasn’t as headline-grabbing as his the previous days, Bradl set a respectable 1’54.427 on his way to 13th. He suffered a second fall at Turn 2 but walked away unharmed.

Now just a single day of testing remains of the pre-season, the 2021 MotoGP World Championship set to begin in Qatar on Friday, March 26 with Free Practice One. 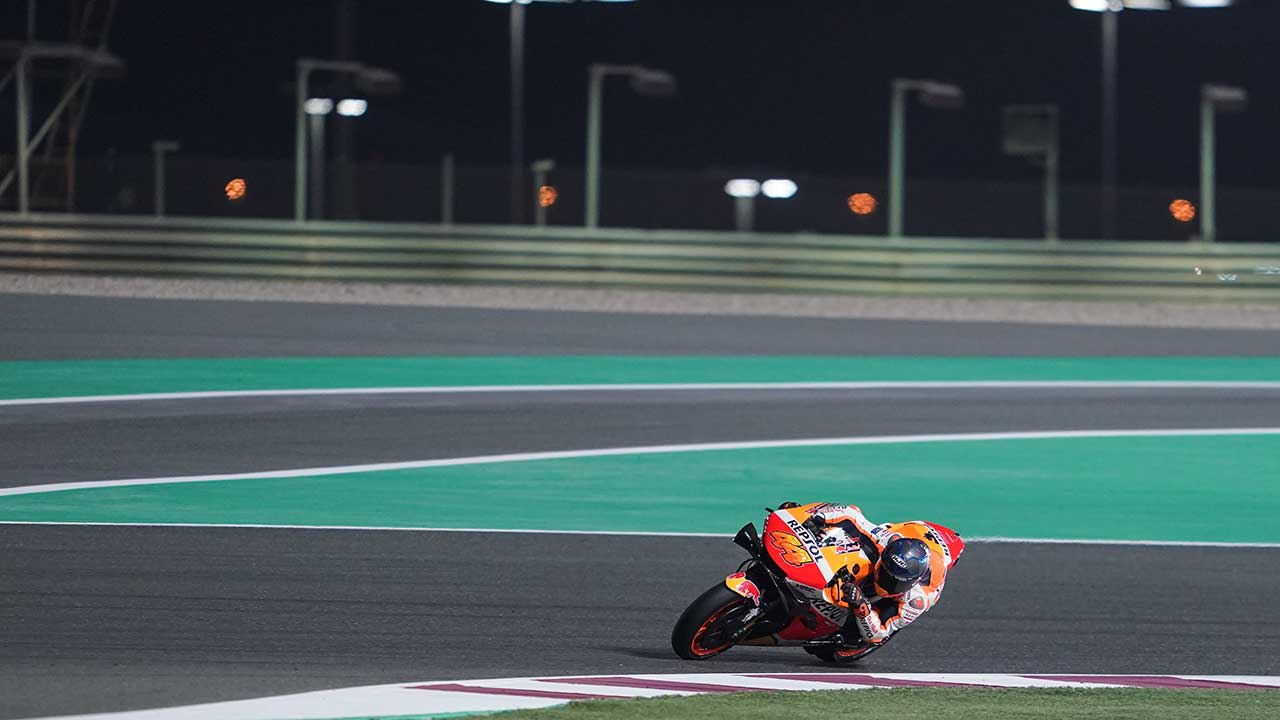 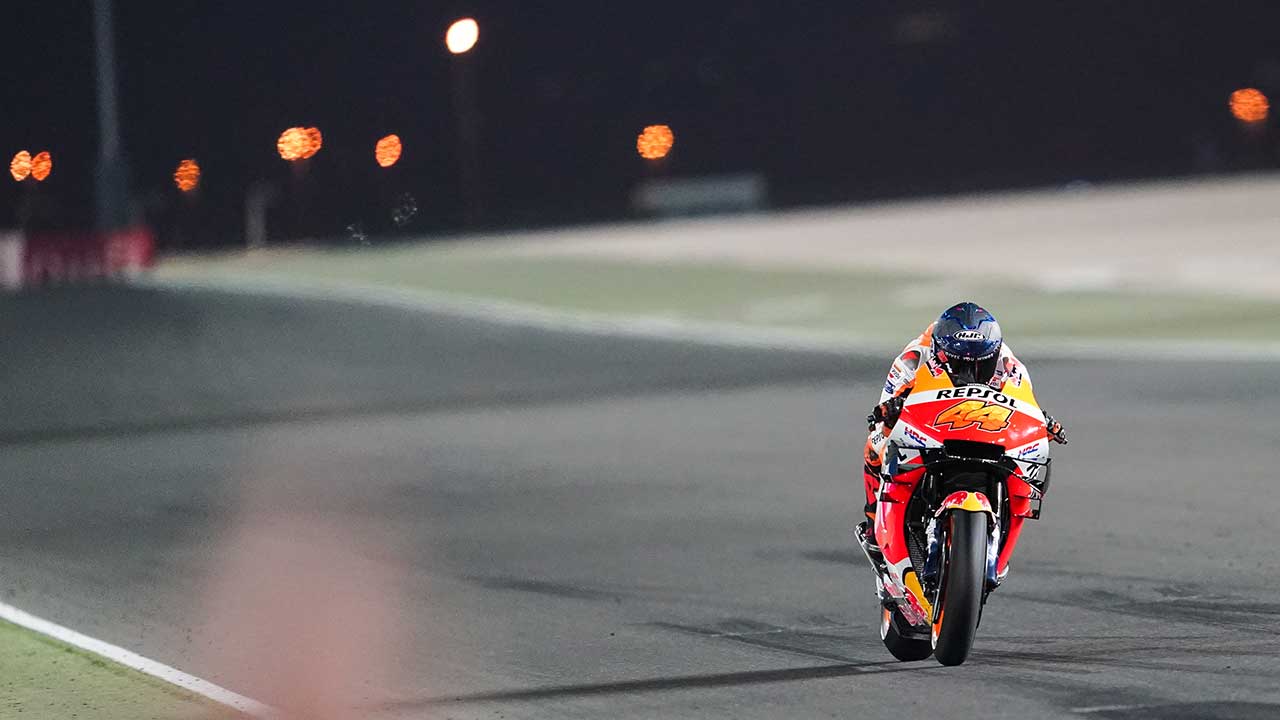 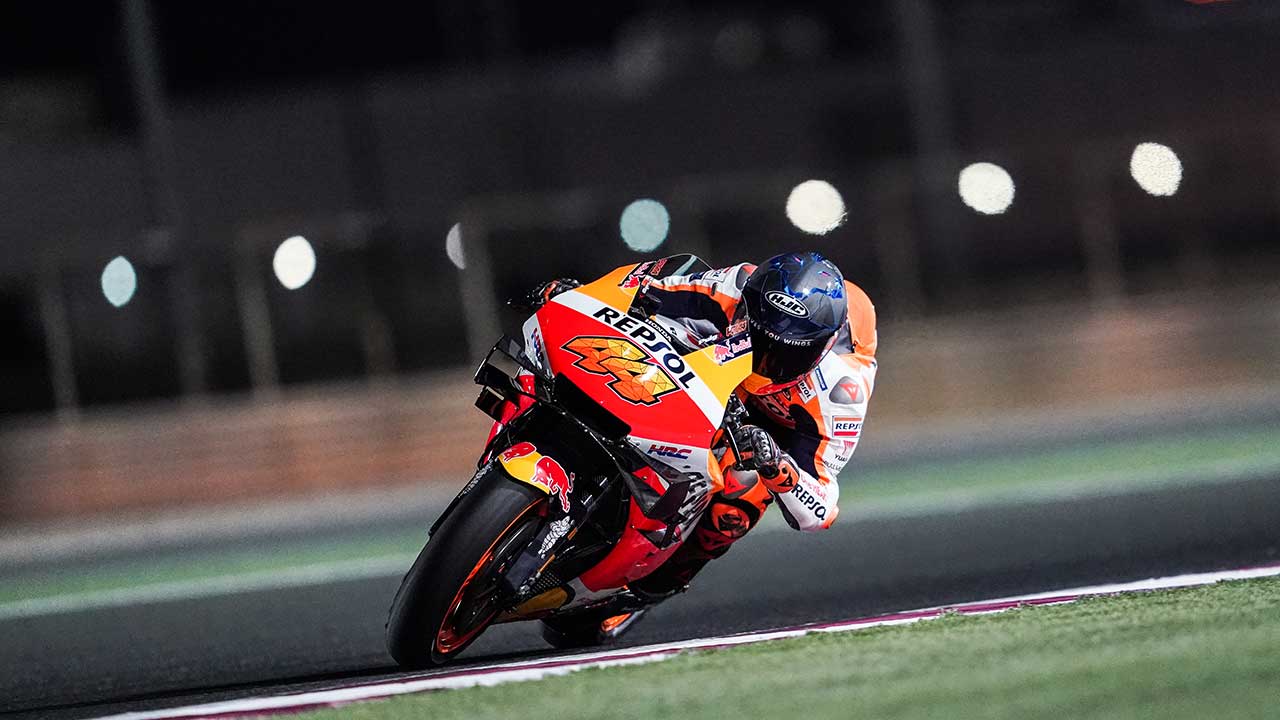 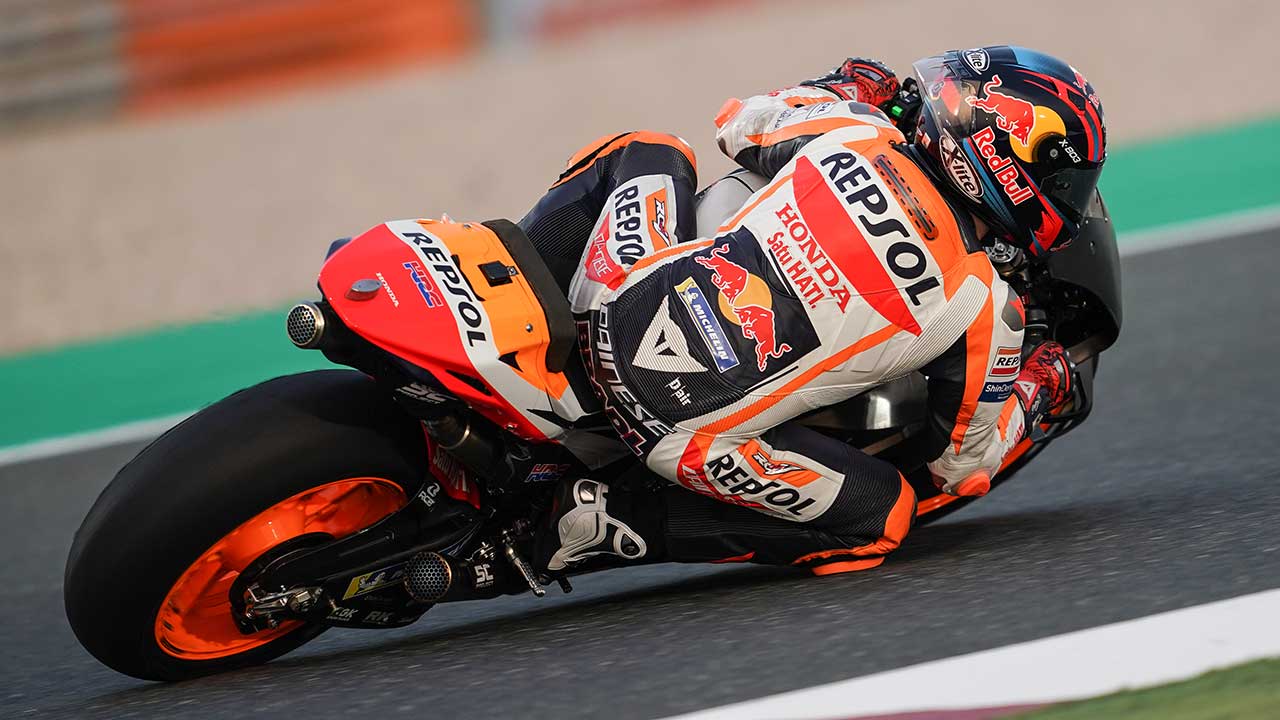 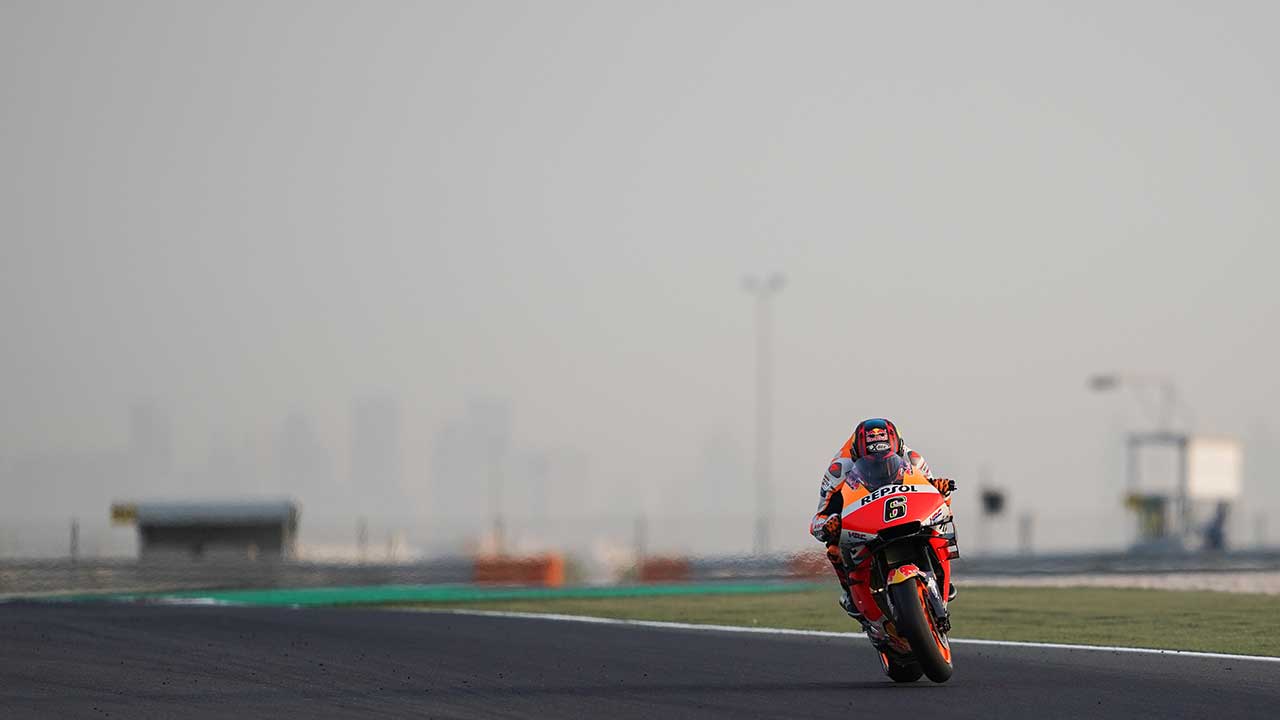 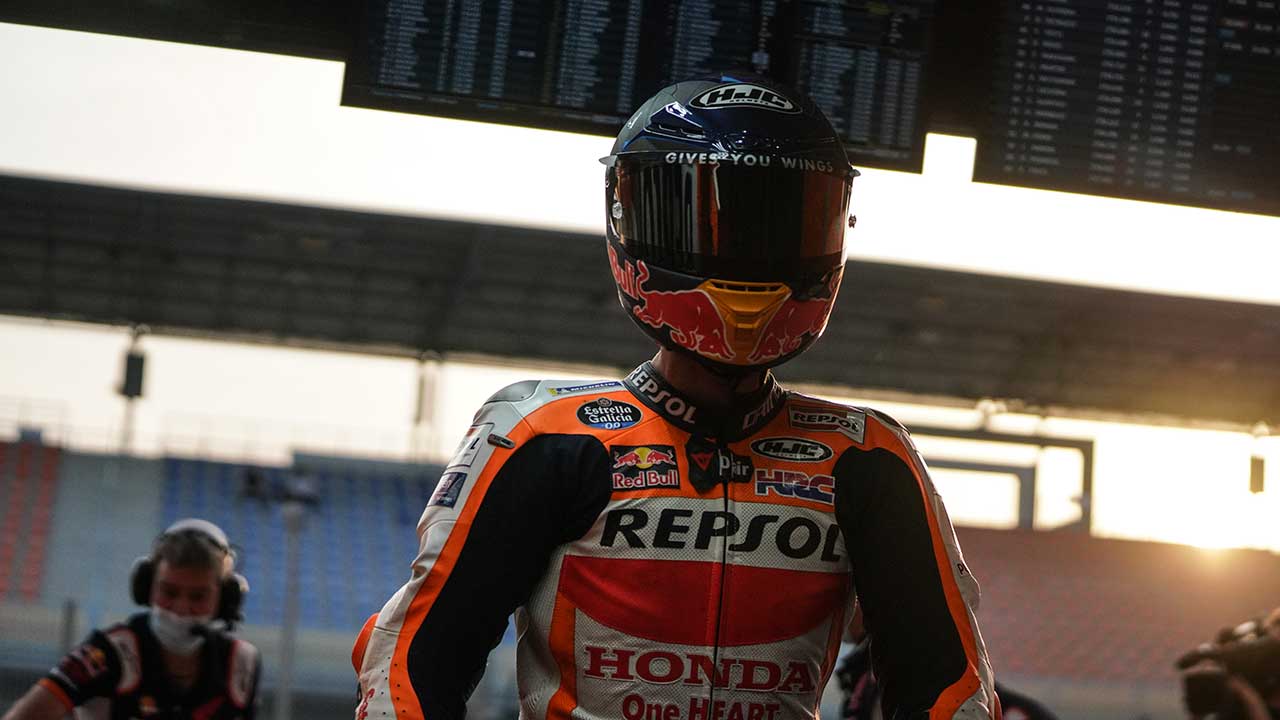 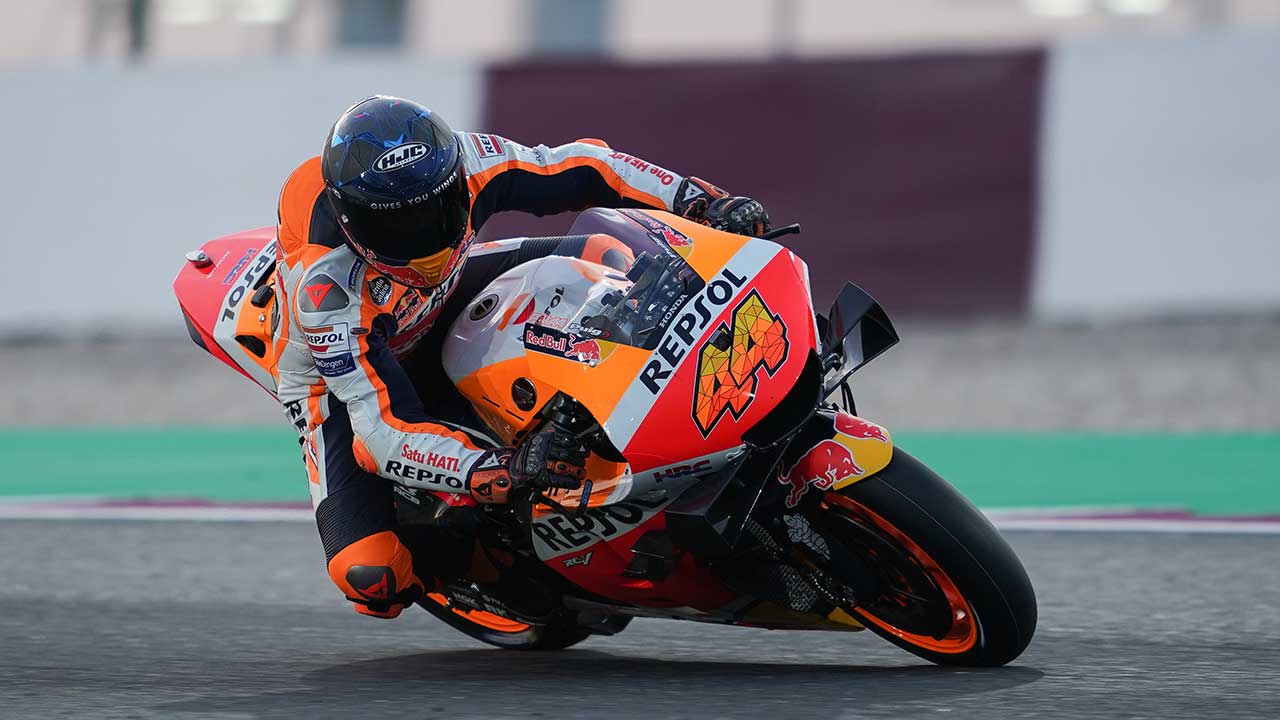 “It was a strange crash today; we were trying different tyres and the wind was very different today so there was less wind at the end of the braking zone. So, this and the tyre we were using wasn’t a great combo but after I used a different tyre, and we went much faster so it’s not a big problem. At the moment we look quite competitive, the Honda so far really fits my natural riding style, and I am enjoying riding it a lot. The future looks nice, but we are still in the early stages. If we do everything well we can have a good year.”

“For me the day was OK, we had a lot of things to try today including some aerodynamics. Overall, it was an acceptable day of testing, even if the track conditions did change a bit. For some reason it was trickier out there but we work with what we have. Tomorrow we will try to combine everything that we have to get the best package possible.”