Marc Márquez, Repsol and Honda have tested the renewable fuel manufactured by Repsol at its Technology Lab, the multi-energy company's research center, with the aim of maintaining the same performance on track whilst significantly reducing net CO2 emissions. The test at the Jarama circuit in Spain served to find out the rider's first impressions in terms of performance, in order for the company to work on having the best renewable fuel possible in the 2024 MotoGP season.

An advanced biofuel was used, offering the Repsol Honda Team rider the same performance as with a traditional fuel. With this test, the energy company moves one step further to bringing renewable fuels to the world of competition without affecting engine performance. Márquez gave feedback so that the HRC engineers, together with Repsol researchers, can interpret and optimize the performance of this type of renewable fuel. The MotoGP organizers have established a calendar in which the competition must use a minimum of 40% of non-fossil fuel from 2024, until reaching 100% from 2027.

Repsol have been working on the development of biofuels for many years, with the intention of making them a real alternative that complements other ways of decarbonizing transport, such as electrification or renewable hydrogen, to reduce emissions in the coming years. In terms of competition biofuels, the multi-energy company has also run extensive development in other competitions such as the Dakar Rally, where the Repsol Rally Team already uses renewable fuel, and the French Formula 4 series, a series for which Repsol has supplied a fuel of 100% non-fossil origin during this year. With this experience, Repsol will make the best renewable fuel available to HRC and its riders from 2024 in MotoGP.

During the first half of 2023, Repsol will start up the first advanced biofuels plant in Spain, in Cartagena, which will produce 250,000 tons of renewable fuels from waste. The company is also making progress on its Bilbao synthetic fuel plant, which will begin production in the demonstration phase in 2024. These plants play a leading role in Repsol's goal of reaching a production capacity of 1.3 million tons of renewable fuels in 2025 and more than 2 million in 2030, thus leading this market in the Iberian Peninsula and making decisive progress towards net zero emissions in 2050. 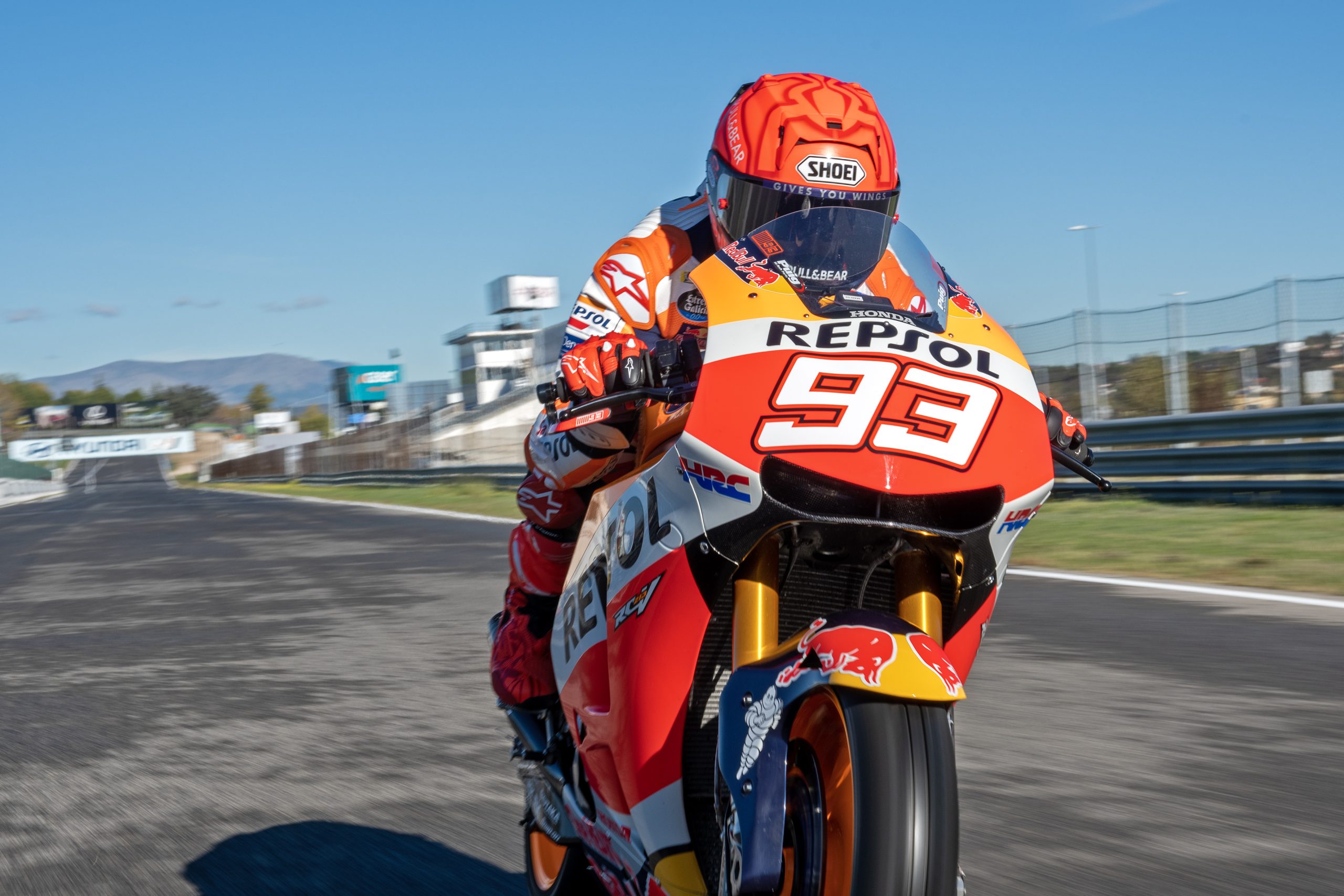 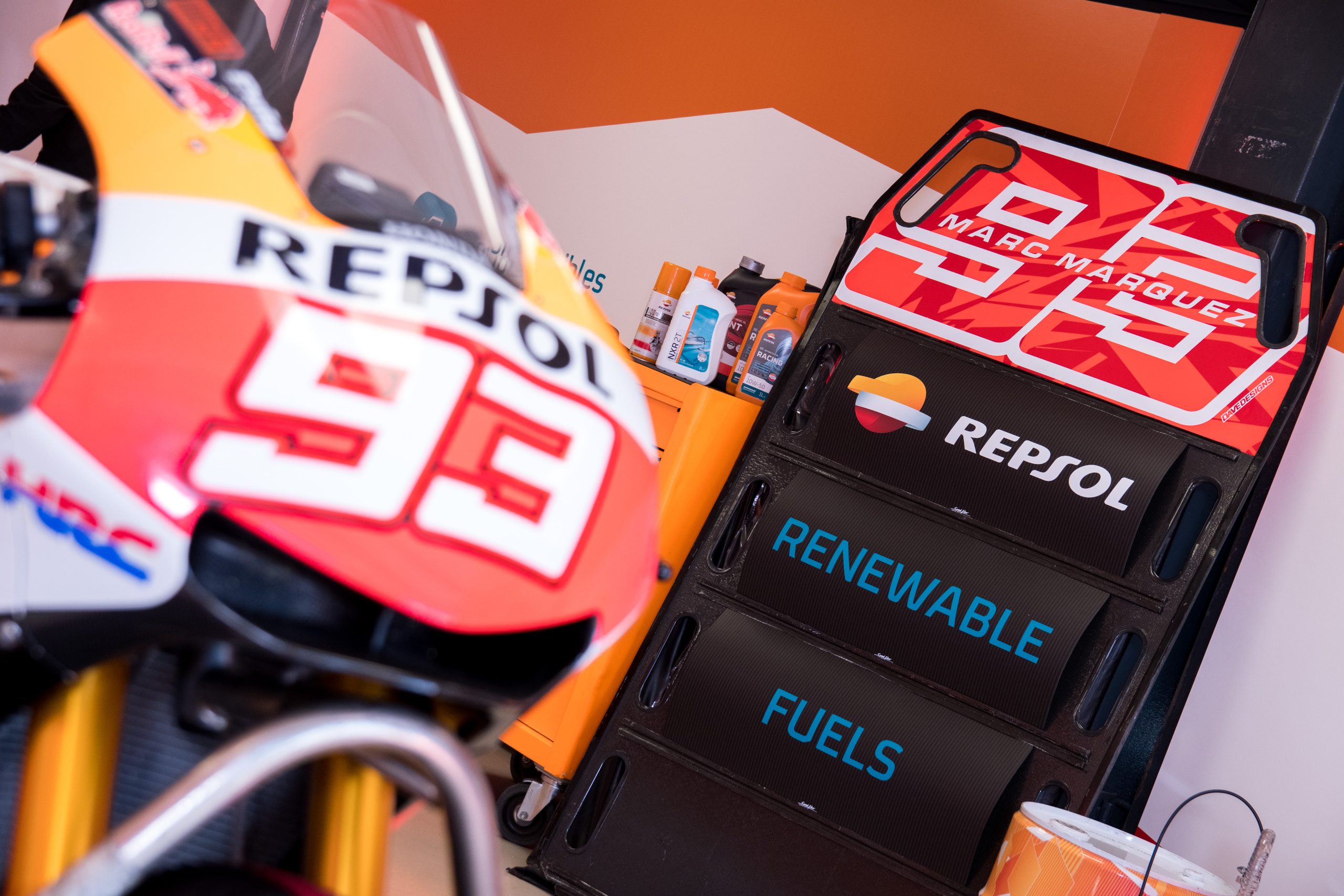 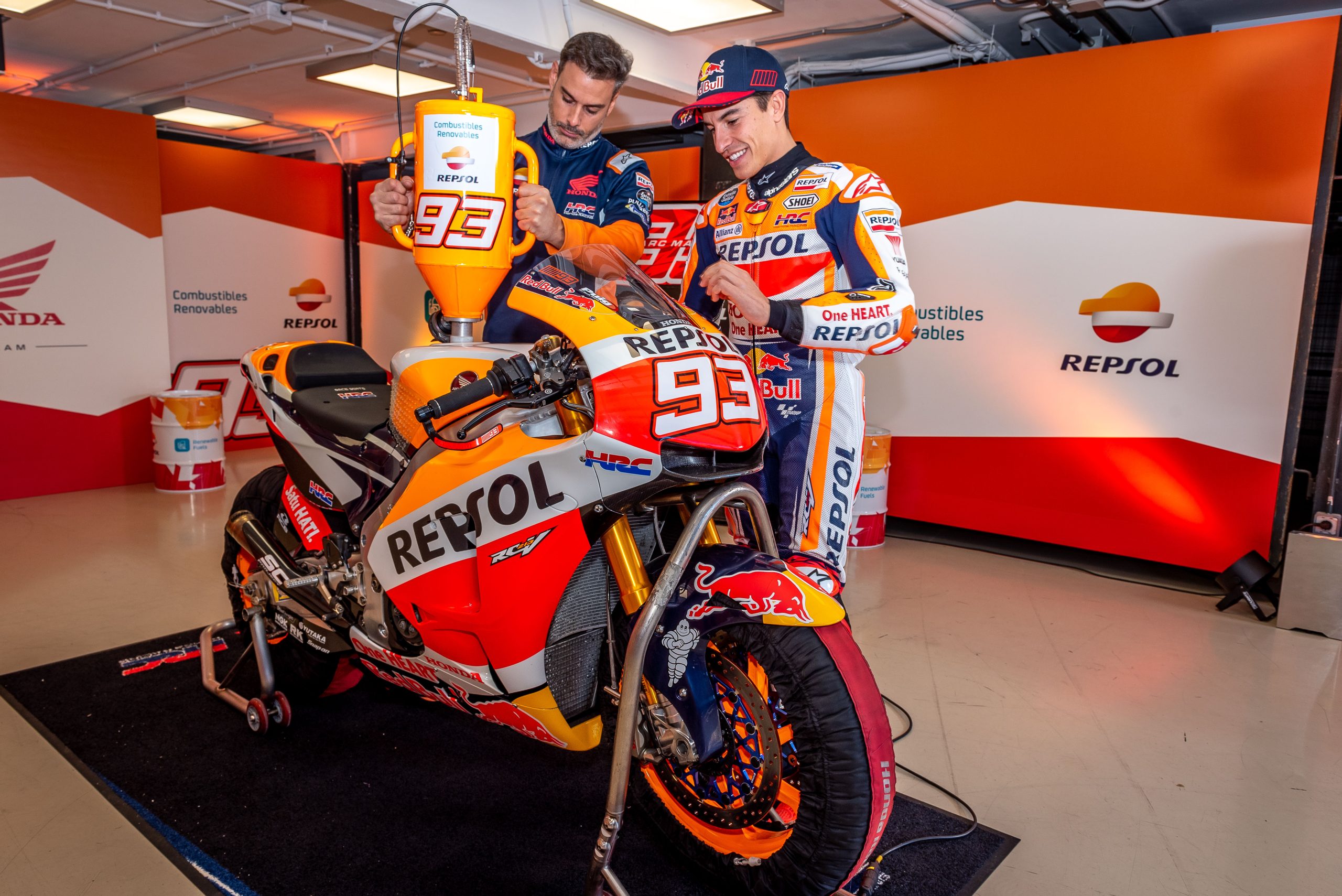 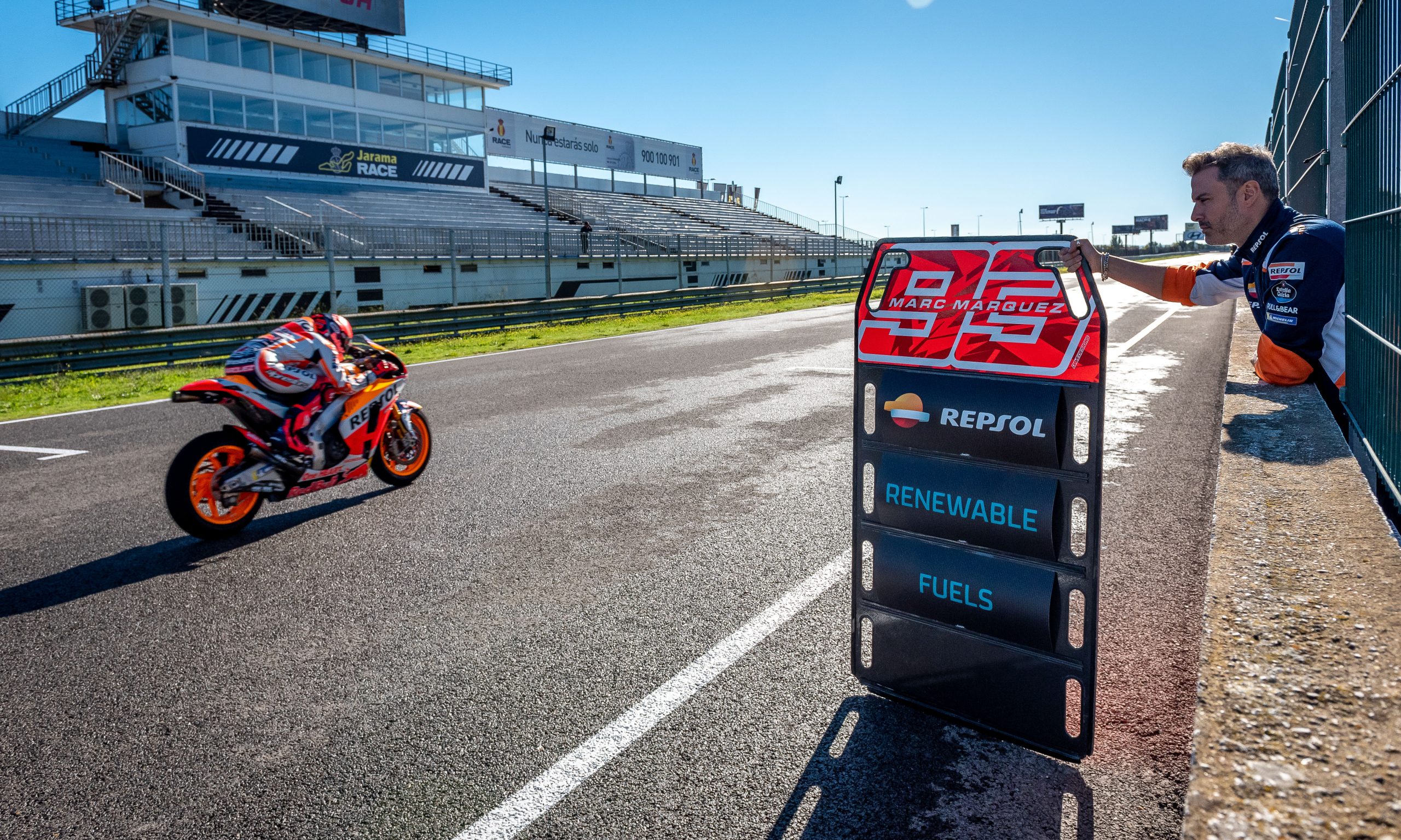 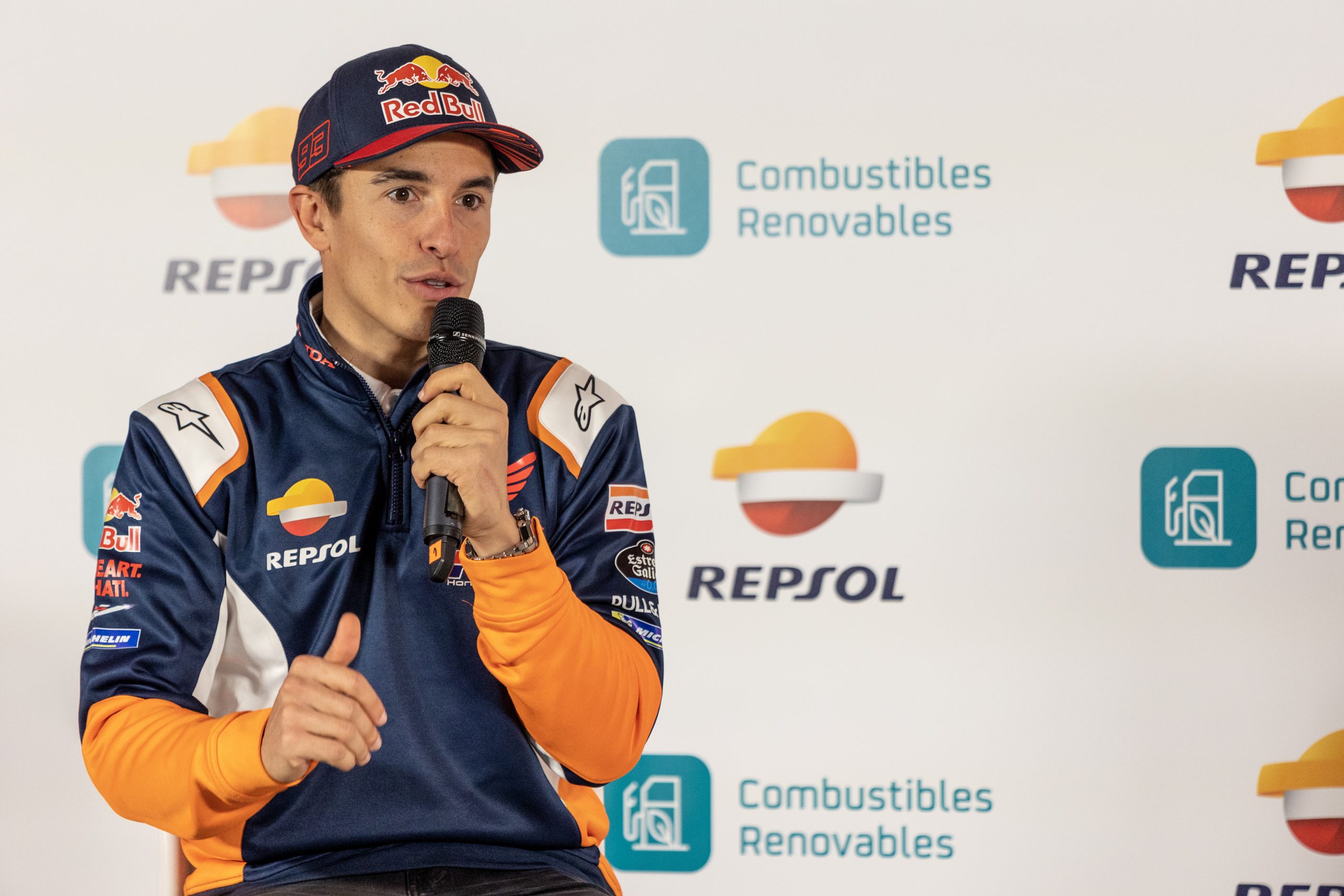 "It has been a positive test, since I felt good and I didn't notice a difference when using the biofuel, which in the end is the objective: To maintain a high level of performance. When Repsol bring a product to the circuit, it has already been well tested, but it is always important to test it on track, to check that the results don't change due to things such as humidity or temperature, which are variables that can affect you when looking for maximum performance. We exchange information, so that what is tested in the testing centre corresponds to what happens on the track. As a rider you look at the response from the engine. You want it to increase revs cleanly, that the feel when you first touch the gas is smooth, and that depends on combustion, which can be too aggressive sometimes. In this case it was smooth. You also notice that the engine feels fine under high revolutions, which is when you reach maximum performance."

"The key to this type of fuel is that you don't notice the difference in terms of feeling. The difference is how we produce these renewable fuels and we have two important types: Advanced biofuels that come from biomass residues, and synthetic ones, which are produced by capturing C02 and renewable hydrogen. The MotoGP organisers have communicated their roadmap towards sustainability and the first milestone is in 2024, when we have to incorporate at least 40% of renewable content in fuels. At Repsol we are already working on this, and in fact we have already produced 100% renewable gasoline for the French Formula 4 series. In addition, the Repsol Rally Team, at the most recent Dakar Rally, we used a 50% biofuel. Now it's MotoGP's turn."