Losail is the first location for the MotoGP World Championships and one of the circuits where Jorge has left his mark. He is the rider with the greatest number of victories on this course, with a total of six, three of which were in the top class. He has also had the top number of podiums, with no less than 11, seven of them in MotoGP. Ten of these came consecutively, between 2004 and 2013.

Jorge had the first Grand Slam of his career (win, pole, and fastest lap) at Losail during the 2004 Qatar GP in the 125 cc class. He got his second Grand Slam in 2016, the year in which he also set the record for the fastest lap.

The No. 99 is also the rider with the most poles at Losail, no less than eight, twice the number clocked up by the second rider who has stated first on the grid at this night GP, Casey Stoner.

Jerez is a special circuit for Repsol Honda, as it is the first place each season that the team’s fans can go to cheer on their favourite riders. For Jorge Lorenzo, this course is even more special, as the 13th bend has been named after him.

The Majorcan has taken 10 podiums on this course, two for 250 cc, and the others for MotoGP. The Andalusian course has seen five wins for our rider, three of them in the Top Category, but where he has shone is in pole positions, with a total of seven.

This French course is one of the places where Lorenzo has been at his best. He may have only got pole position and the fastest lap twice each, but he is also the competitor with the most wins on this circuit. With a total of six victories, five of them in MotoGP, Jorge Lorenzo has shown that there are courses where a rider can stand out only when he is in top form.

The course where the Italian GP is now taking place is one of Lorenzo’s favourites, for good reason. Here he has had 11 fabulous podiums, equalling Max Biaggi. Of these 11, seven were wins, six of them in MotoGP.

This Japanese circuit is considered a very special one for GP by the Repsol Honda team, as Motegi is owned by the Tokyo factory. Lorenzo has had three wins on this circuit, and mounted the podium seven times, six of them in the top class. The first fastest lap of the No. 99’s career was on this circuit.

This is a course where there are few poles and few fastest laps, but Jorge has been able to turn this around and has had five podiums here in the top class, four of them being wins. 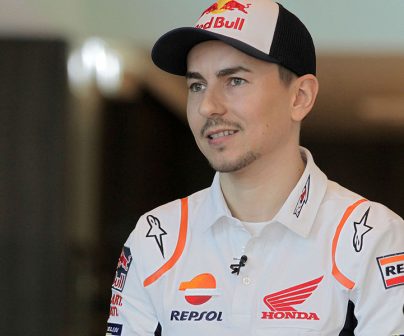