Under sunny skies and mild temperatures, the tenth round of the MotoGP season got underway on Friday at Sachsenring.

Pol Espargaró started the day with two crashes at Turn 1 during FP1. In the second incident, the Repsol Honda Team rider received a heavy knock, forcing him to go to the medical center to have the pertinent checkup -later being cleared to ride in the afternoon.

Still in pain, Espargaró was unable to place among the Top 10 in FP2, and with a best time of 1:20.816 was fourteenth fastest. In FP3 he will have to improve his time to go directly into Q2.

Stefan Bradl improved his feeling with the Honda RC213V. The home rider had some early problems, but in the second session of the day he managed to ride among the ten fastest riders.

The German set a 1:21.117 for 20th overall on the combined timesheets. Both riders will target an increase in their pace in FP3 on Saturday morning. 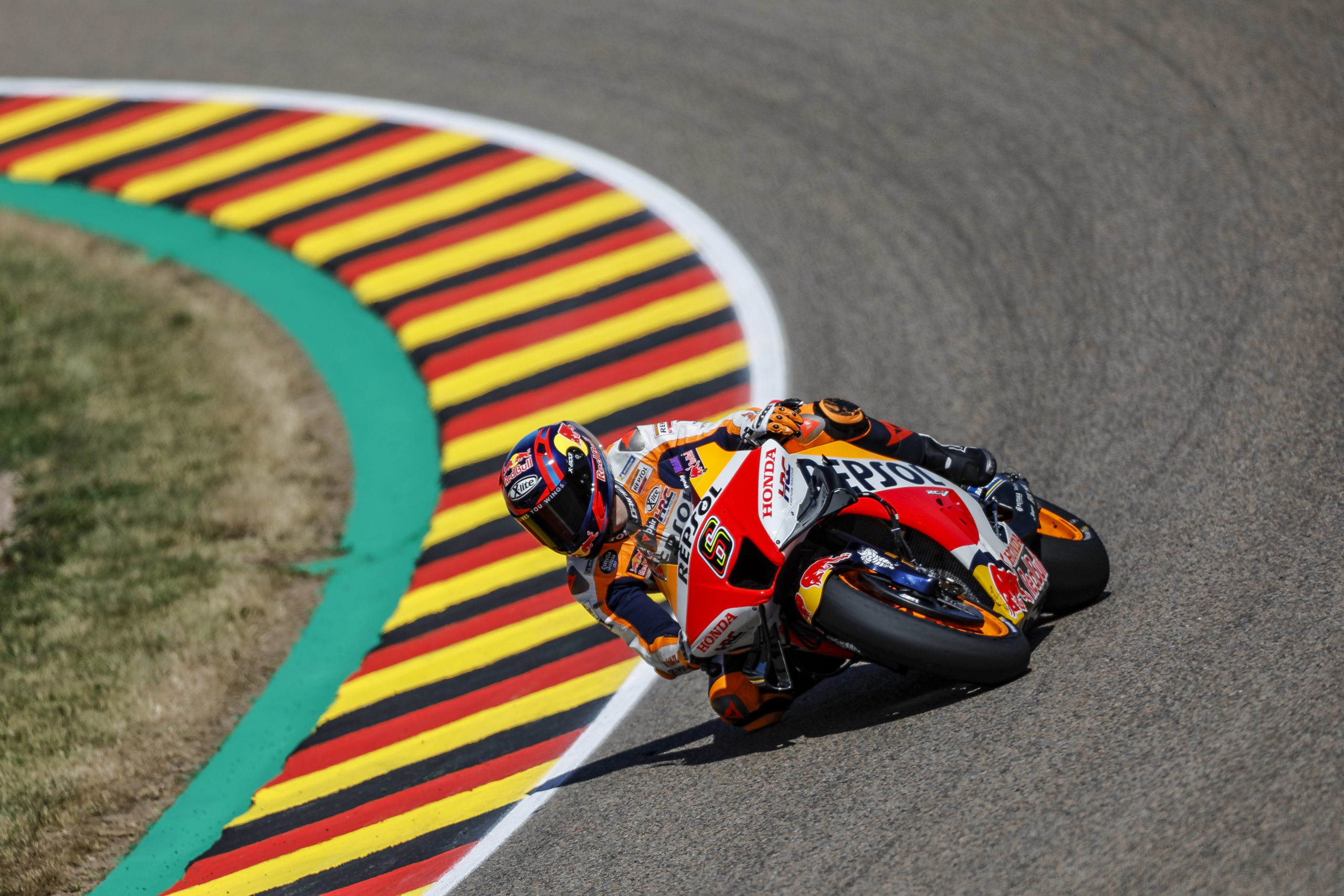 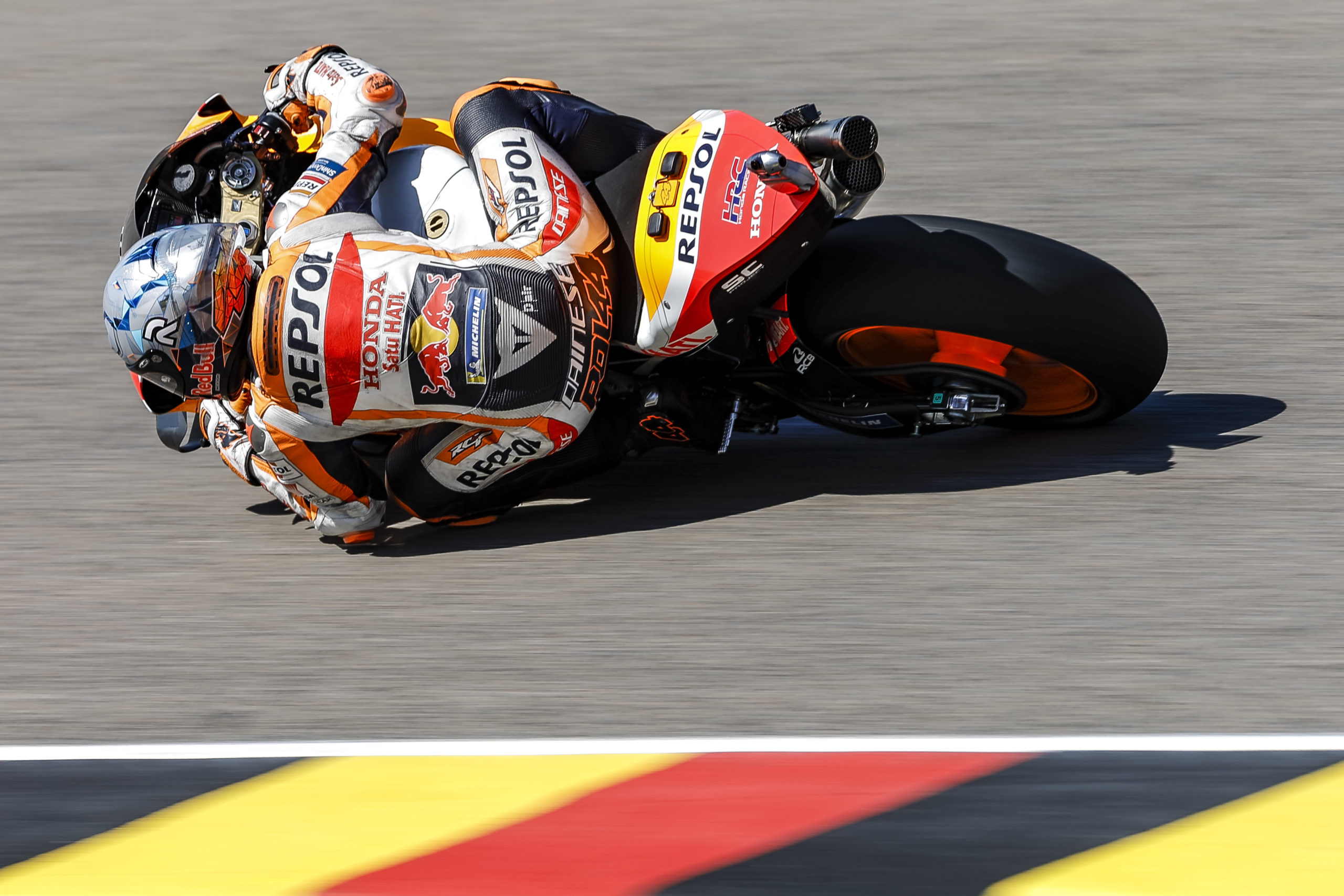 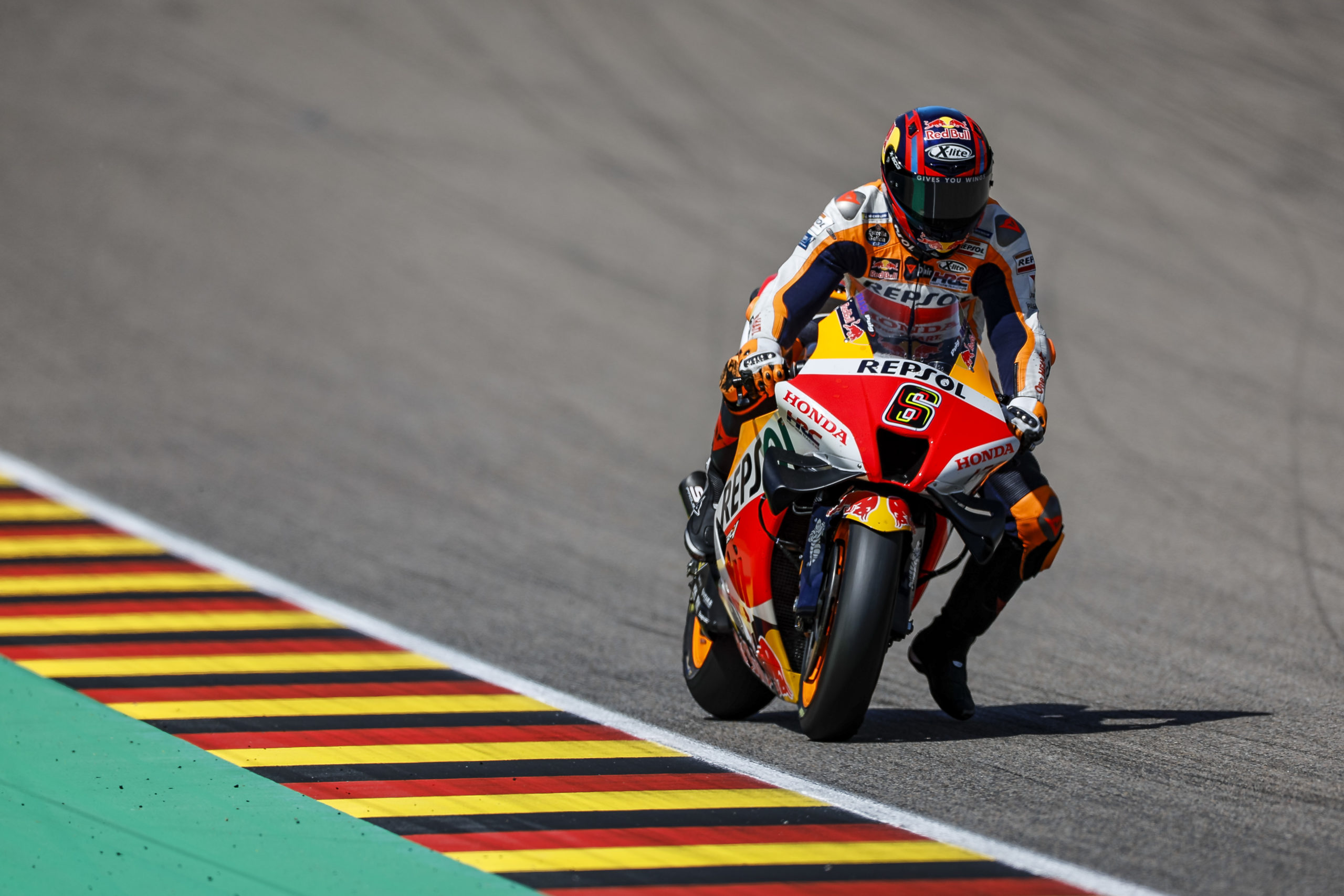 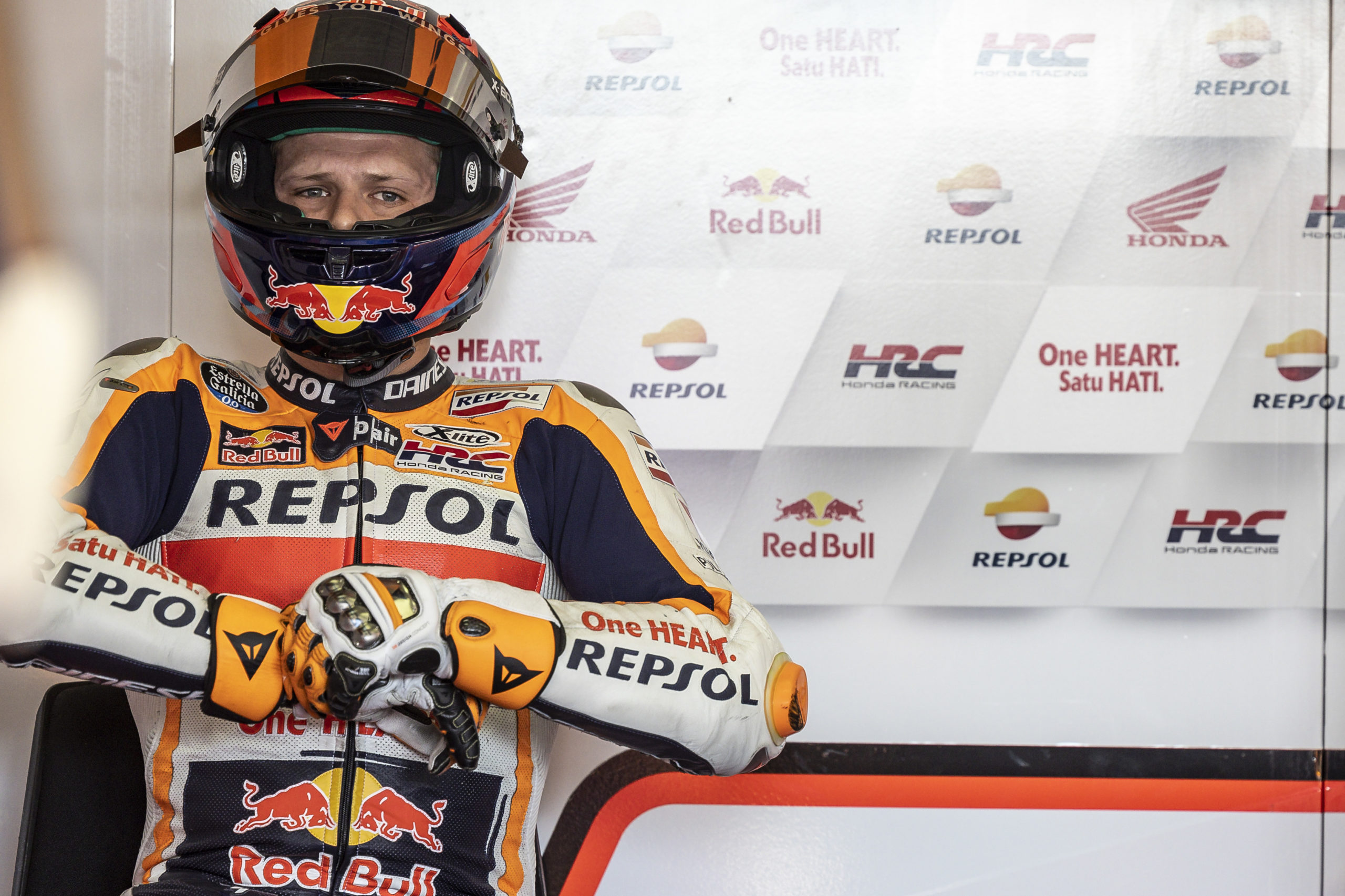 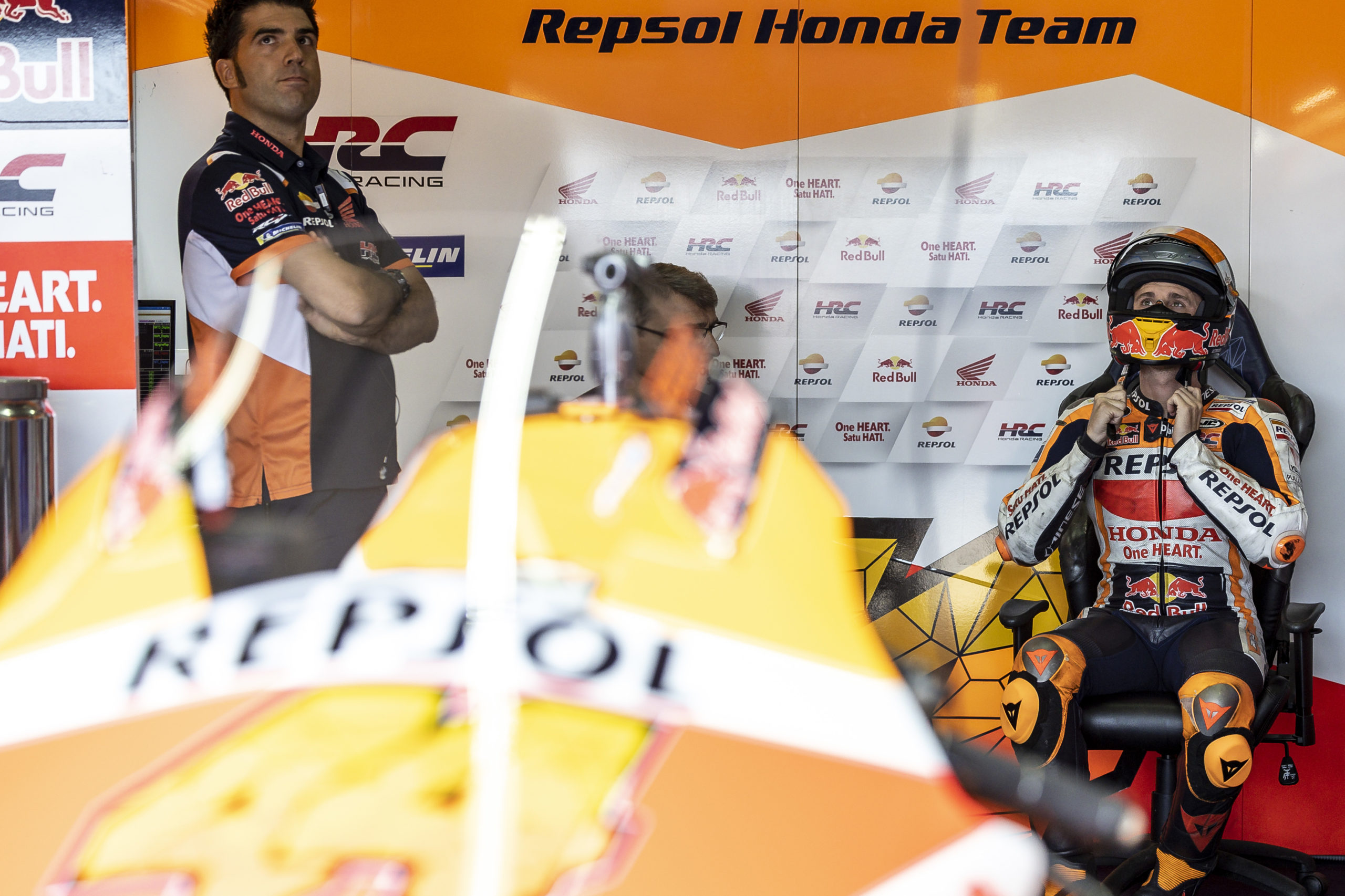 "Today was a tough day. The first crash wasn’t bad but the second one really caught me by surprise and I came down quite hard. My wrist and elbow hurt a bit but the biggest pain at the moment is on my left ribs. It’s hard to take a deep breath and especially with all the left corners here, it’s quite painful. We need to rest tonight and take some anti-inflammatories. Even like this we were able to be faster than last year, but the pace is really high this weekend and we will have to work tomorrow for QP2. Today I was the limit, there’s still some margin inside of me."

"I am happy after today because we were able to make a good step. In Free Practice 1 we struggled a bit and then in the afternoon we improved. I am happy with the performance because not just the bike made a step, but I also did with my riding. There is still some parts to improve, especially about the timing of runs and my confidence when going for a fast lap. This will come with time and this is where we will find those last tenths we are missing. The goal for tomorrow is to improve again with the soft rear, I want to lap in a 1’20 – that’s the objective."