In the double header Andorra TrialGP, Toni Bou achieved the 200th victory of his sporting career. Building on a second place taken on Saturday, he was the winning rider in Race 2 on Sunday. Gabriel Marcelli finished fifth on the opening day, followed by seventh in the second race.

The track was characterised by areas with a lack of grip, and it was this which led to a series of errors on his opening lap of Race 1 for Bou. Sunday was a more straightforward affair for the reigning champion, and he dominated from start to finish, claimed the milestone win and extended his lead in the overall standings.

Teammate Marcelli was competitive on Saturday, and battled for a podium finish. A tight order and the difficulty of the demanding river areas provided several mistakes that relegated him to fifth position. On Sunday, in conditions similar to those of the previous day, the Repsol Honda Team newcomer had a tougher time, concluding in seventh.

After four TrialGP races, Bou is the World Championship leader with 74 points, Marcelli 7th with 41. The next round is another double header, in Neunkirchen, Germany, on July 9-10th. 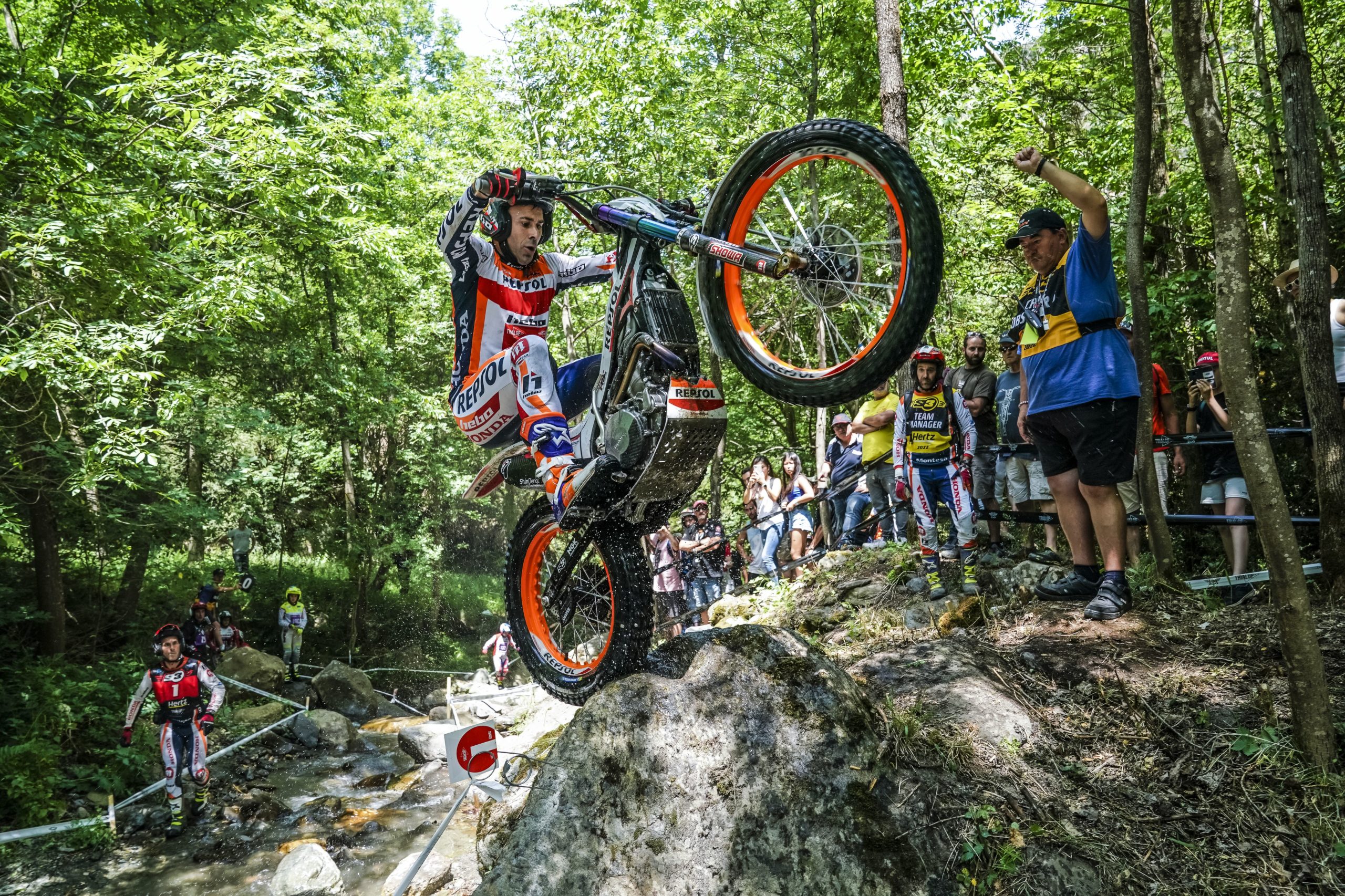 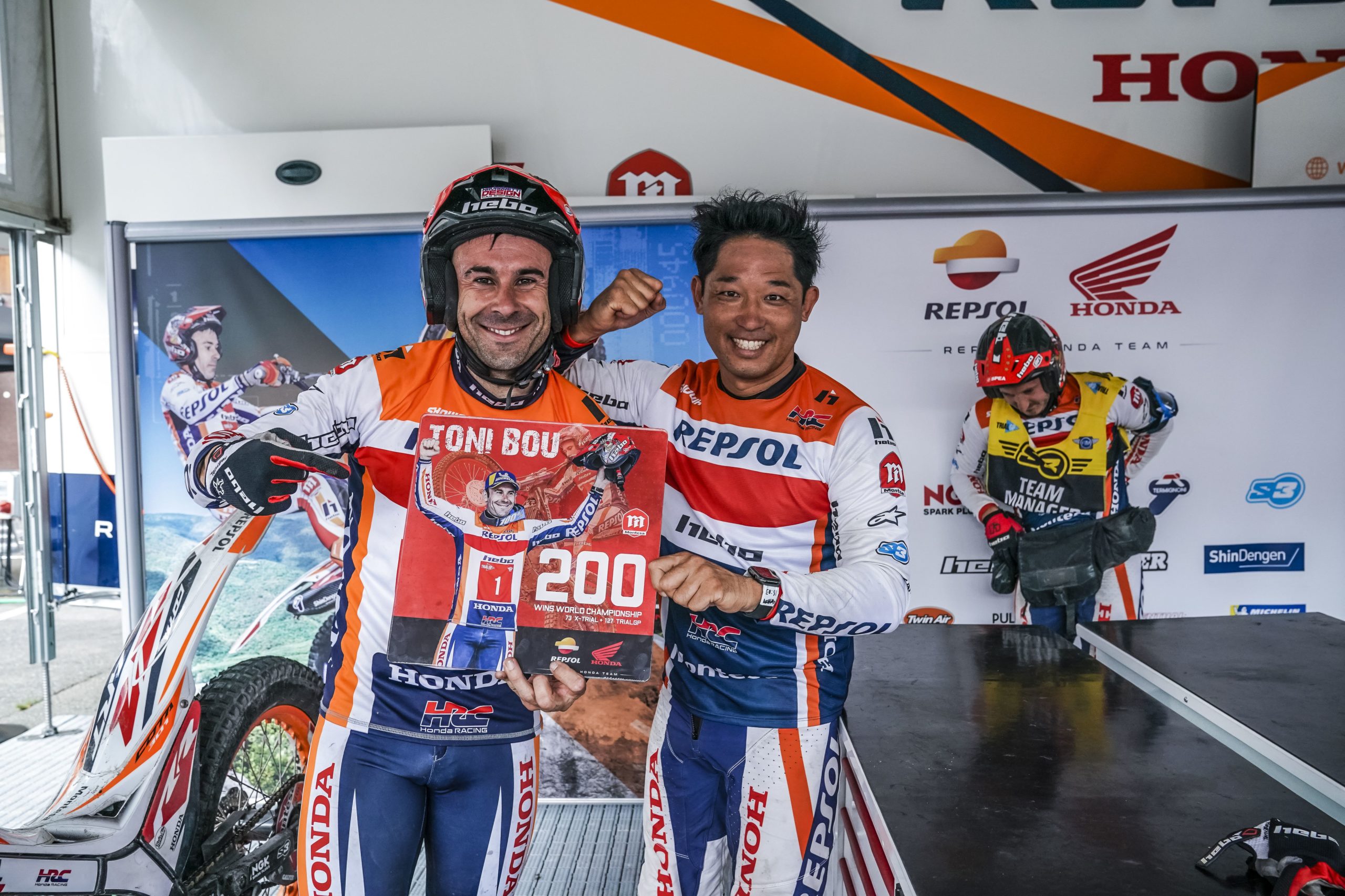 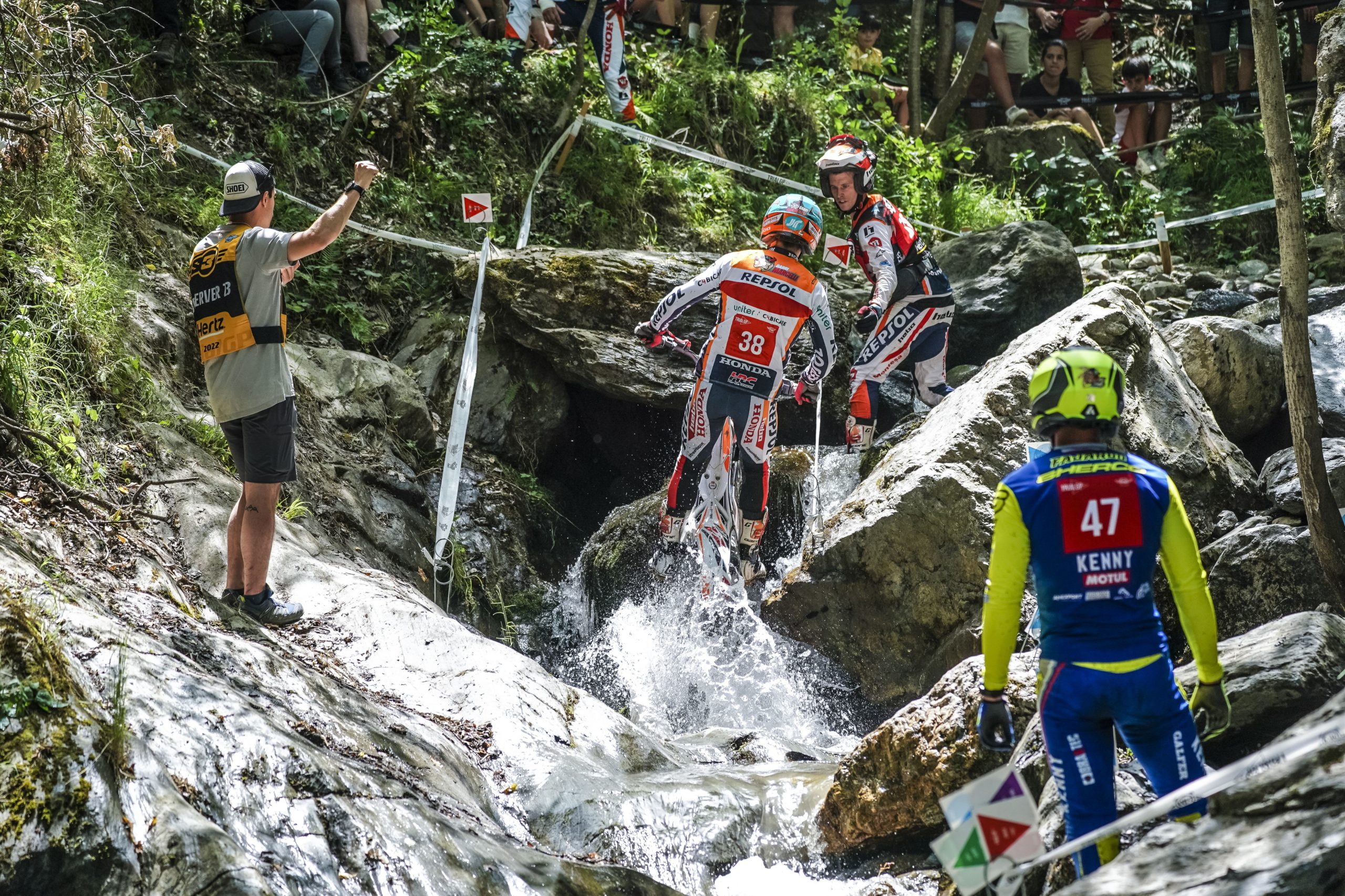 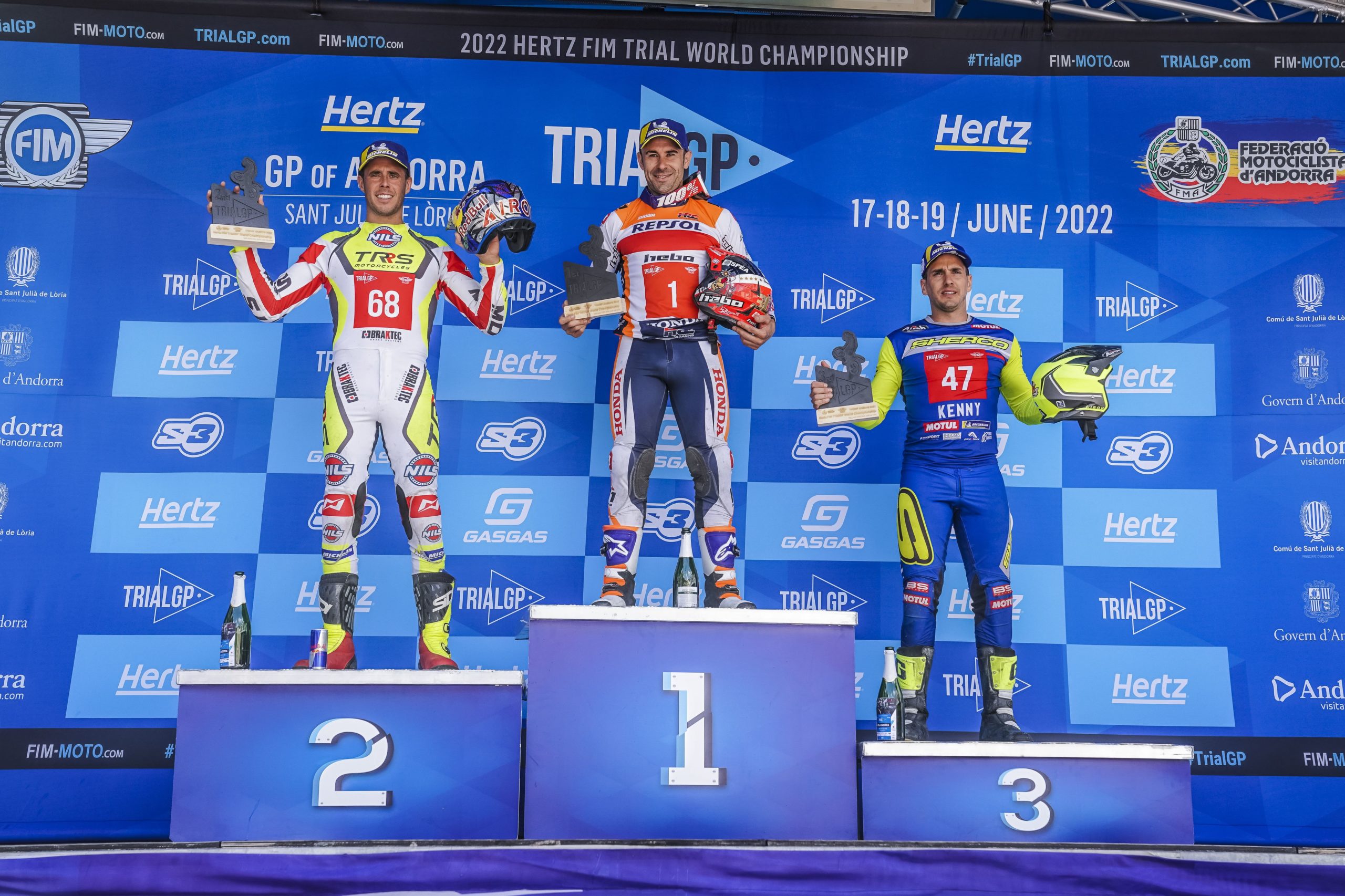 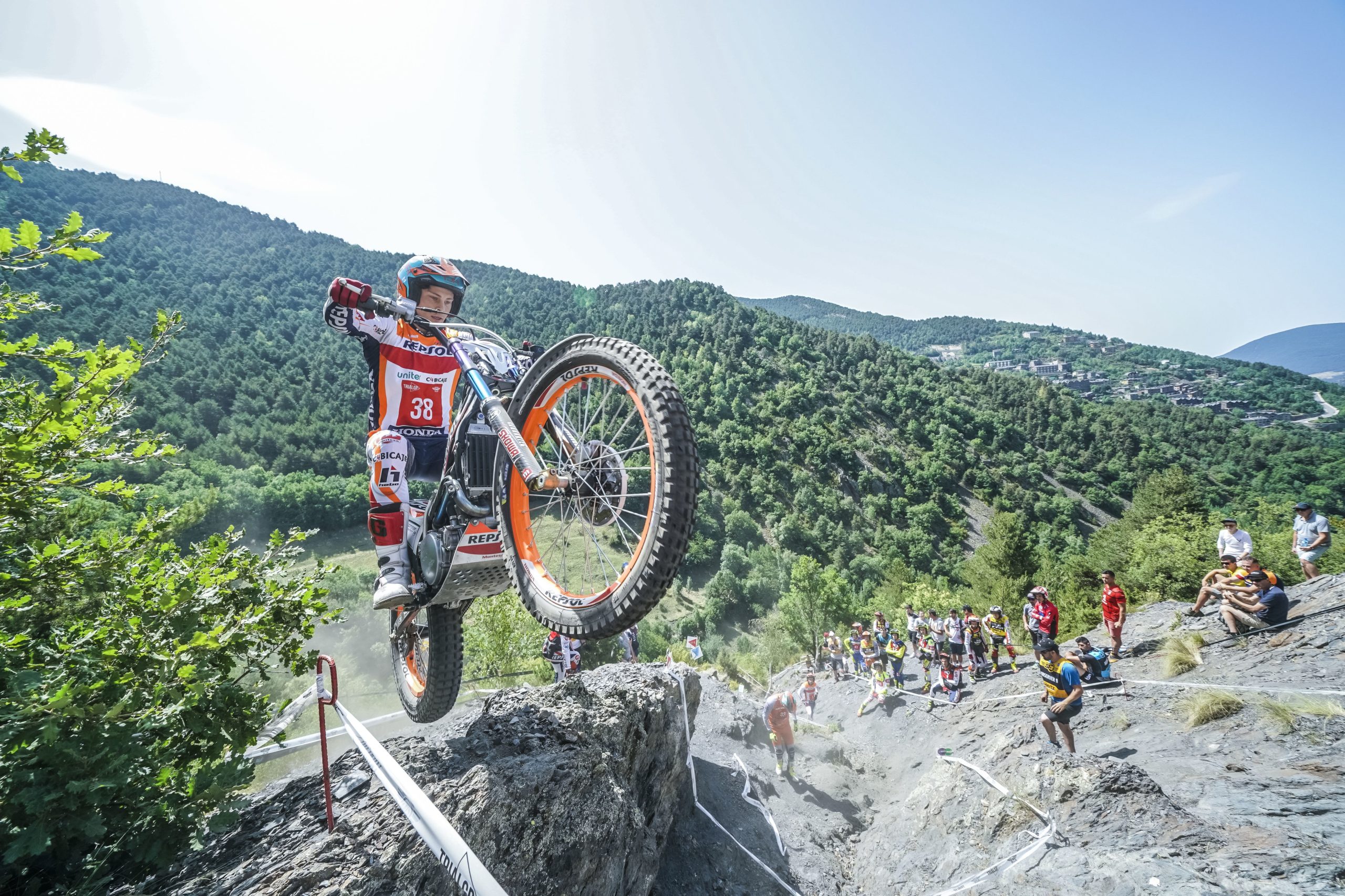 "I'm very happy with how the day went. Yesterday was a tough trial but today was too and we have been able to snatch a very important win towards the championship. In addition, achieving my 200th World Championship win here in Andorra, including indoor and outdoor, makes it all the more thrilling. We have to be realistic - taking a first and a second position in a World Championship weekend is positive, as it was in l'Hospitalet de l'Infant. I think my numbers are very good: we are not used to finishing second, but when we do it feels like a disaster, which it isn’t. I always say that it's important to keep your feet on the ground, because coming here level on points and coming away from Andorra 11 points ahead of the runner-up is very positive. I would have liked to have won yesterday, but realistically, I made some mistakes, as we did today, but we managed to overcome them, so I'm pleased with the weekend."

"On the first lap I didn't ride as well as I could have ridden. I made too many mistakes and I notched up a lot of marks. Fortunately, on the second lap I rode much better and I was myself again, but the other riders also rode very well and closed the gap. Although I felt good on the bike, when I got to the paddock and saw the results I realised that I hadn't been able to gain as many positions as I had hoped. This year there is a lot of rivalry, all the riders are very strong and we’ll have to give it more gas next time."