Toni Bou won the first round of the Indoor World Championship, held in the French town of Nice, beginning his title defence by dominating the opening event from start to finish.

In search of his 31st World Championship, Bou led every heat in what was his 70th indoor championship victory. In the first round, he was level on points with Matteo Grattarola, but the Repsol Honda rider took first place due to his having completed the course in less time than his rival.

In the second phase, he gained a greater advantage over his pursuer, Adam Raga, automatically qualifying for the final, along with Raga himself and Grattarola. In that final stage, Bou finished with only 2 penalty points, to Raga's 13 and Grattarola's 16.

With this first victory, Bou claims 22 points for the Indoor World Championship standings. The second round of the X-Trial season will be held on March 25th in the French town of Chalon-sur-Saône, where Gabriel Marcelli will make his debut as Repsol Honda team rider. 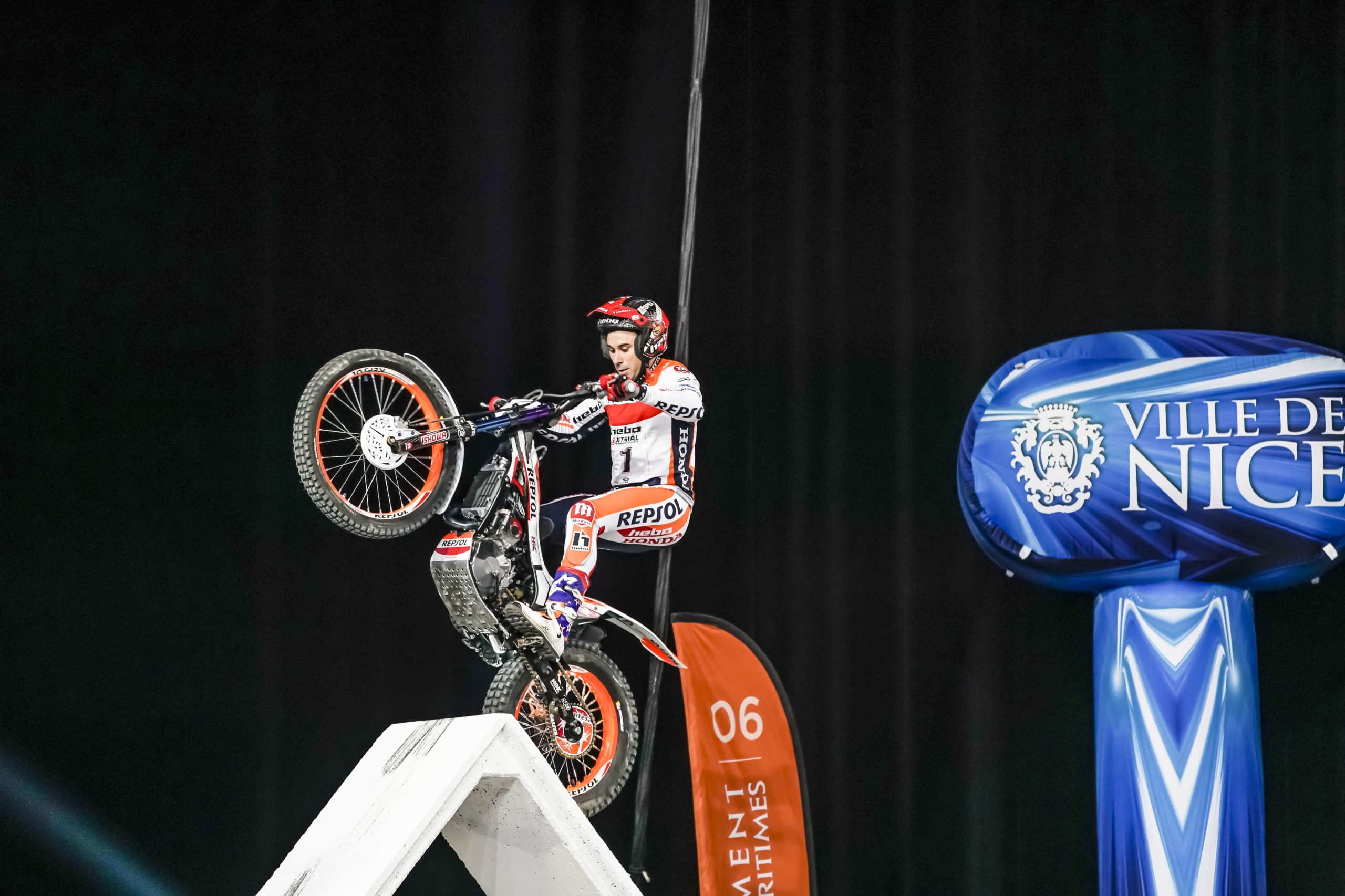 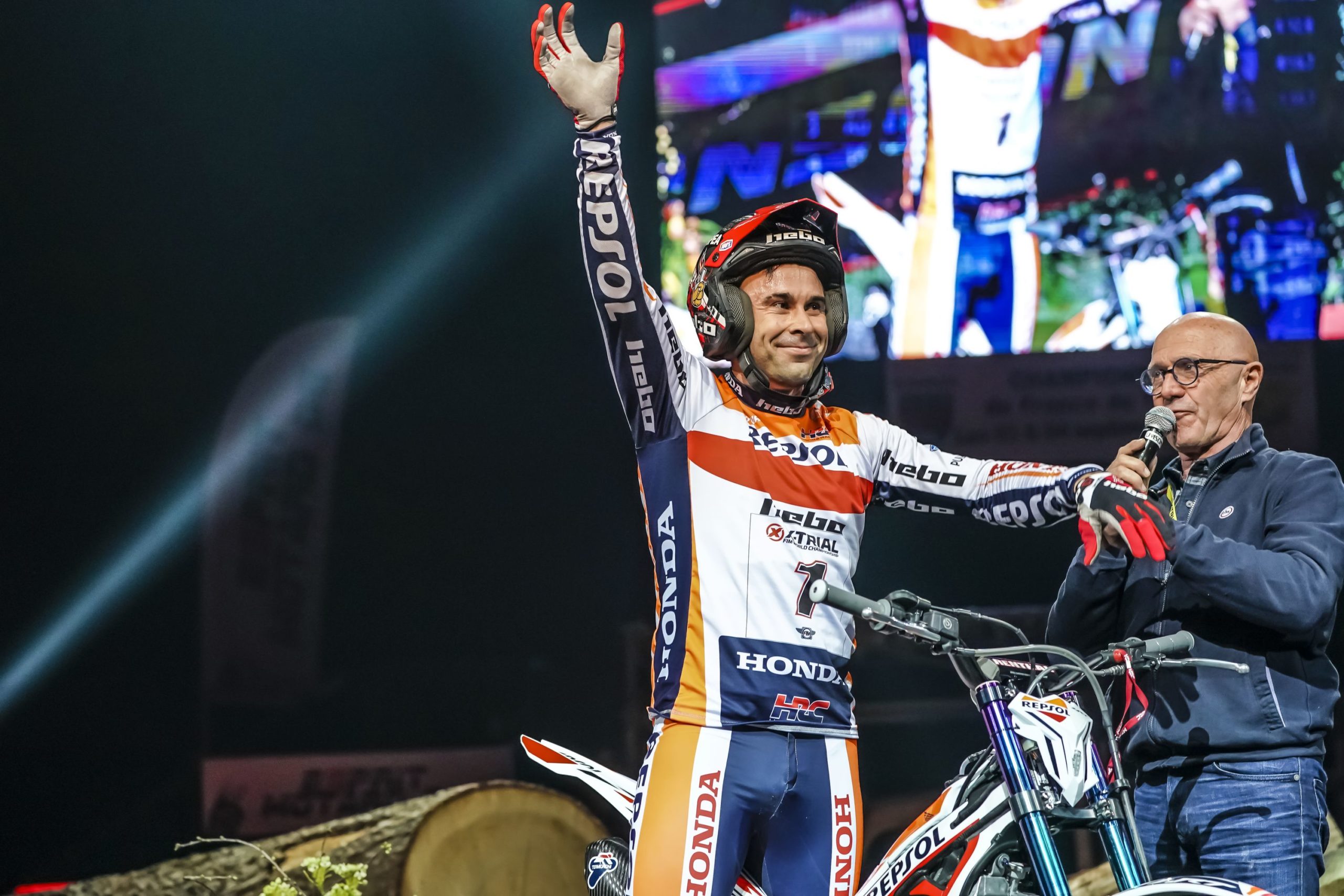 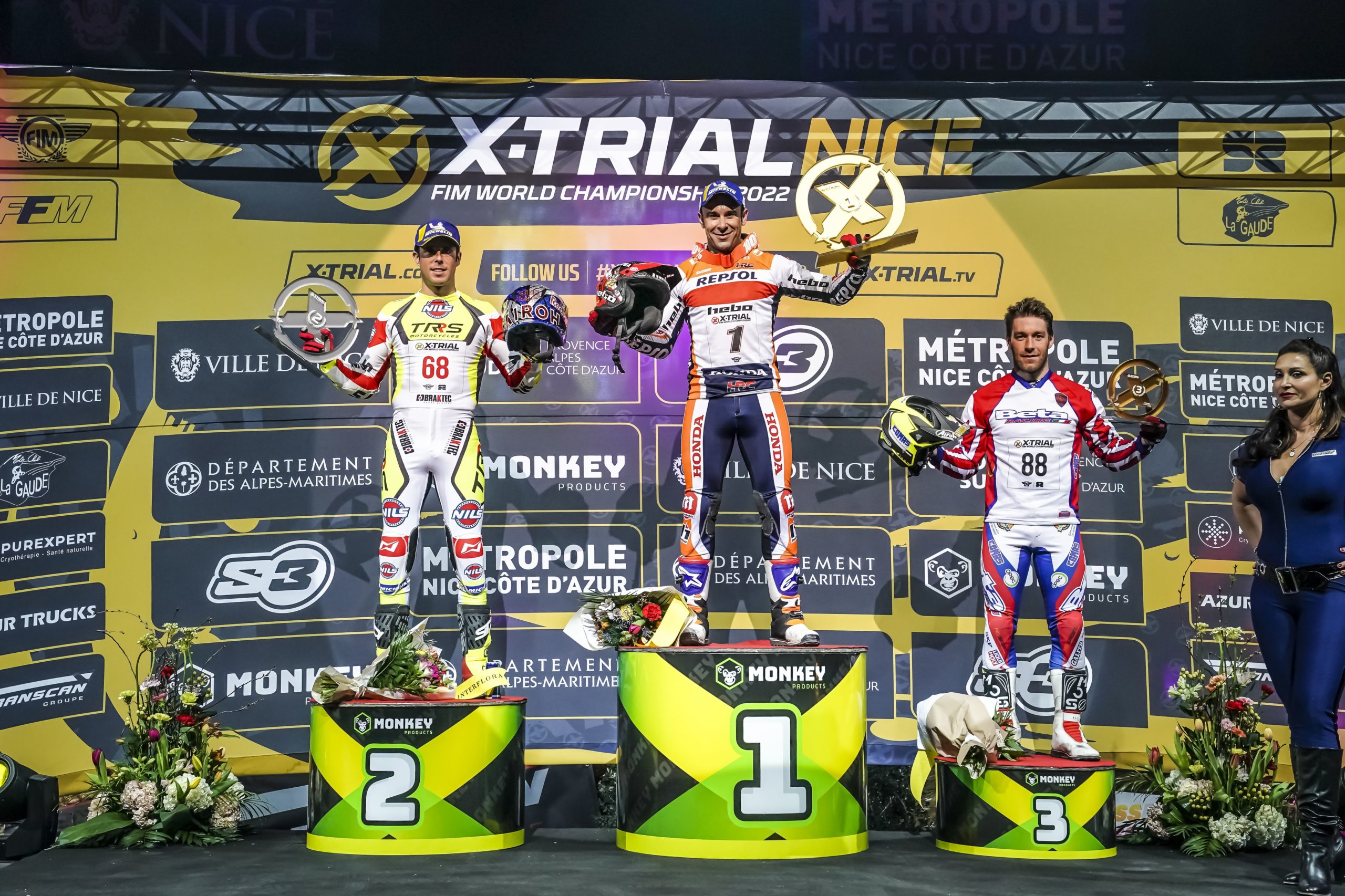 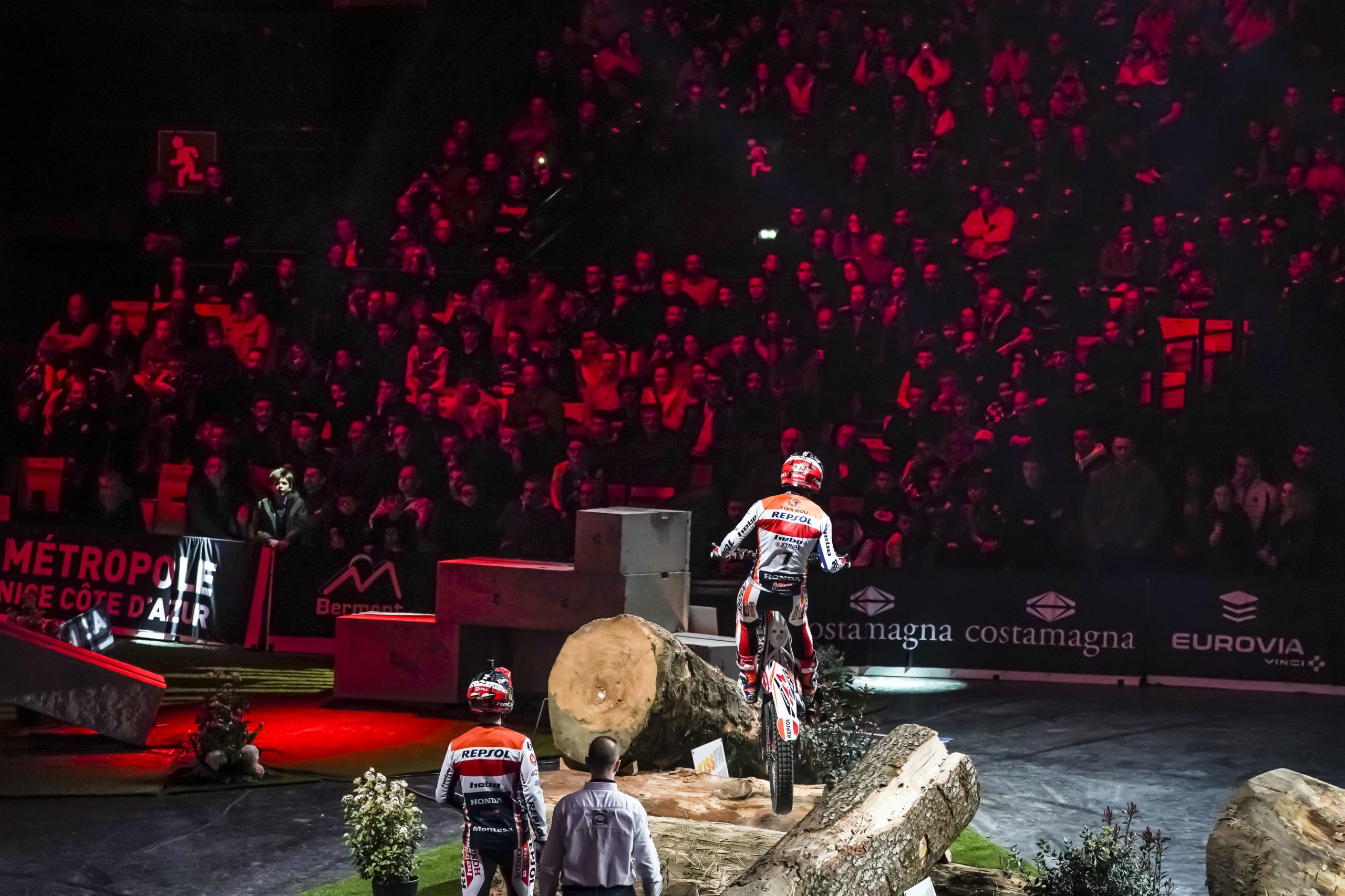 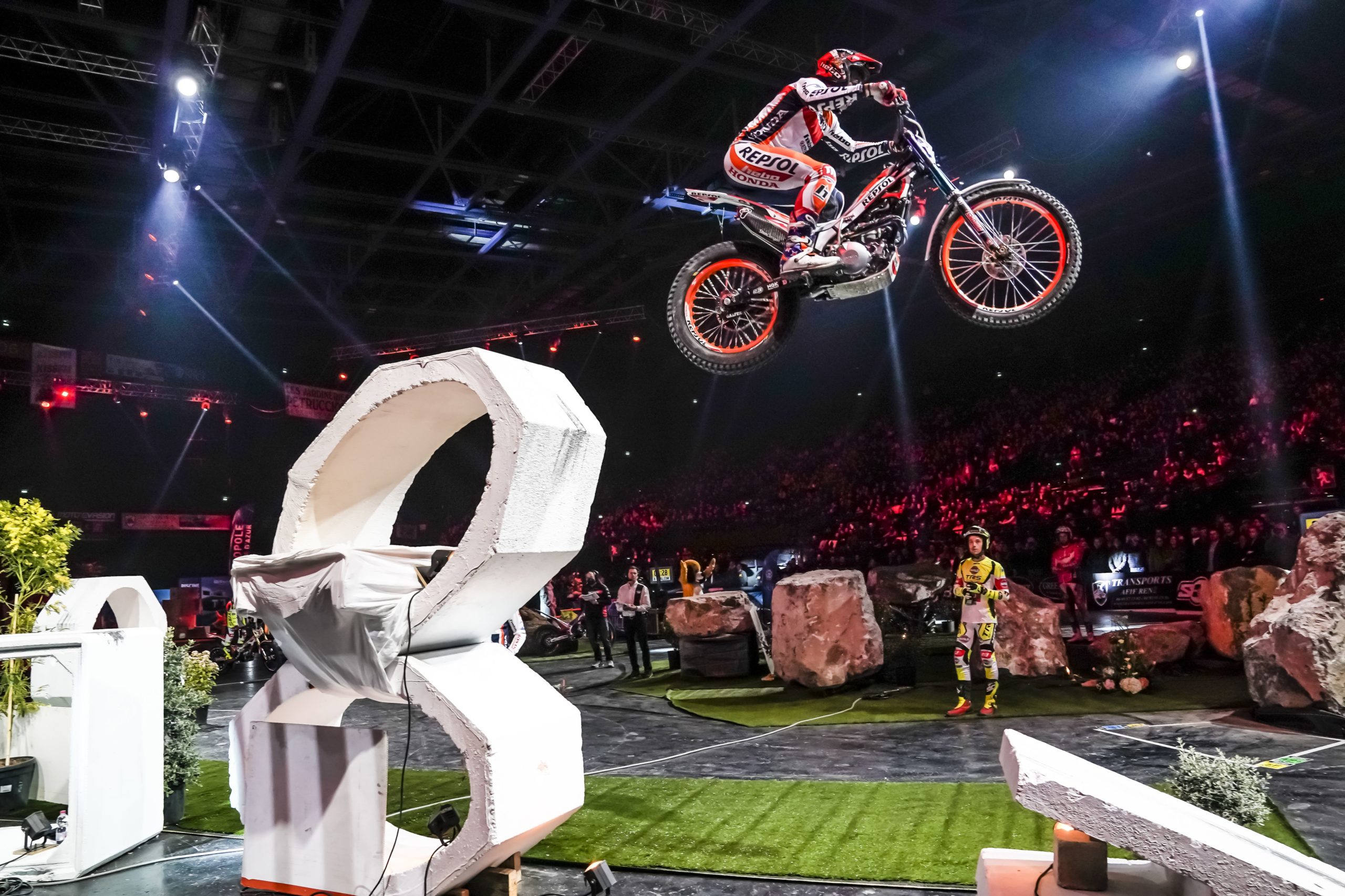 "I'm very happy with how things went. With the new regulations, we knew that we could lose points, whilst in the final, with 6 zones to be ridden, anything can happen. To start the year by winning the 2 extra points from the first and second phases, and winning the final, is just great. I felt very good on the bike. I want to thank the team for all the work they did during the winter because, without them, none of this would be possible. I feel very motivated and I hope to continue in the same way."