Toni Bou took a narrow victory in the second round of the FIM X-Trial World Championship, held in Chalon-sur-Saône, France, for the first time. Gabriel Marcelli made his debut with the Repsol Honda team with eighth place.

In the first round, Bou tied on points with Adam Raga, finishing ahead due to his completing the course in a faster time. In the second round, the situation was repeated, as he matched Raga again with a superior pace. With this, he reached a tight final in which he prevailed with 7 penalty points to Raga's 8 and Martyn's 27.

Marcelli, who had not participated in the first event of the season, opened the contest. The Galician took 19 points in the first round and was unable to advance to the second one.

With two events held to date, Bou leads the overall standings with a total of 43 points, 13 points ahead of his nearest rival. Marcelli is eighth with 1 point. The next round will be held on April 2nd in Madrid. 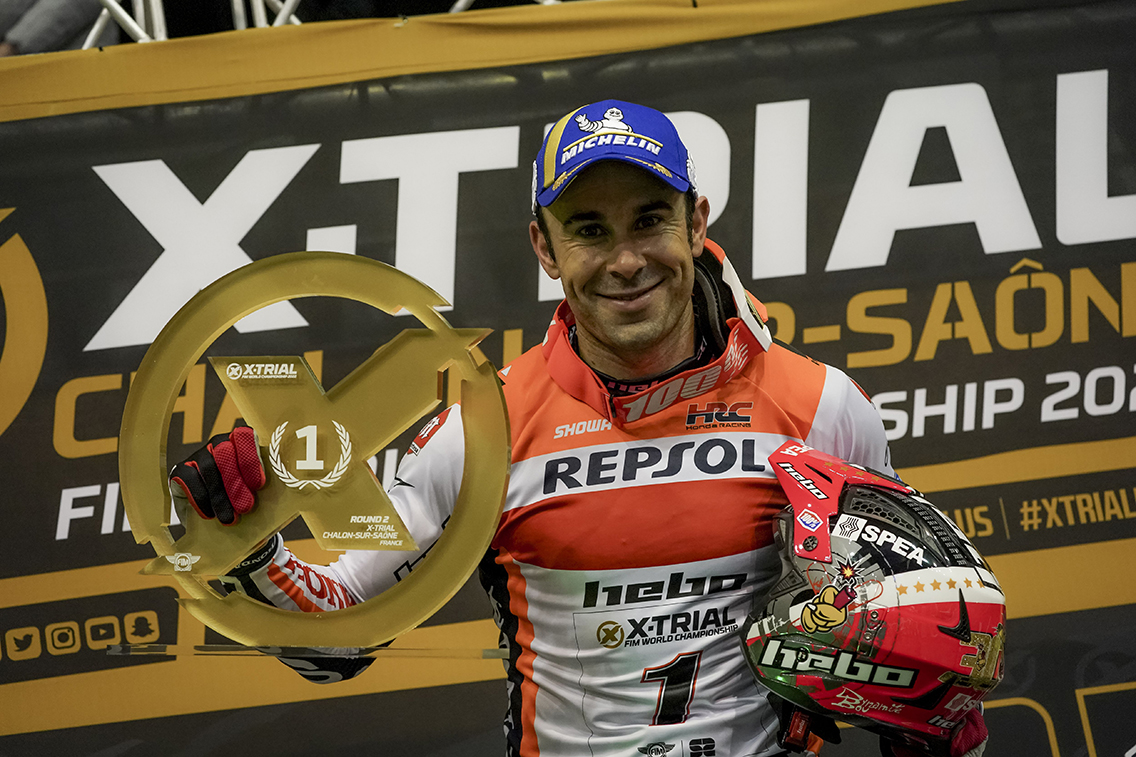 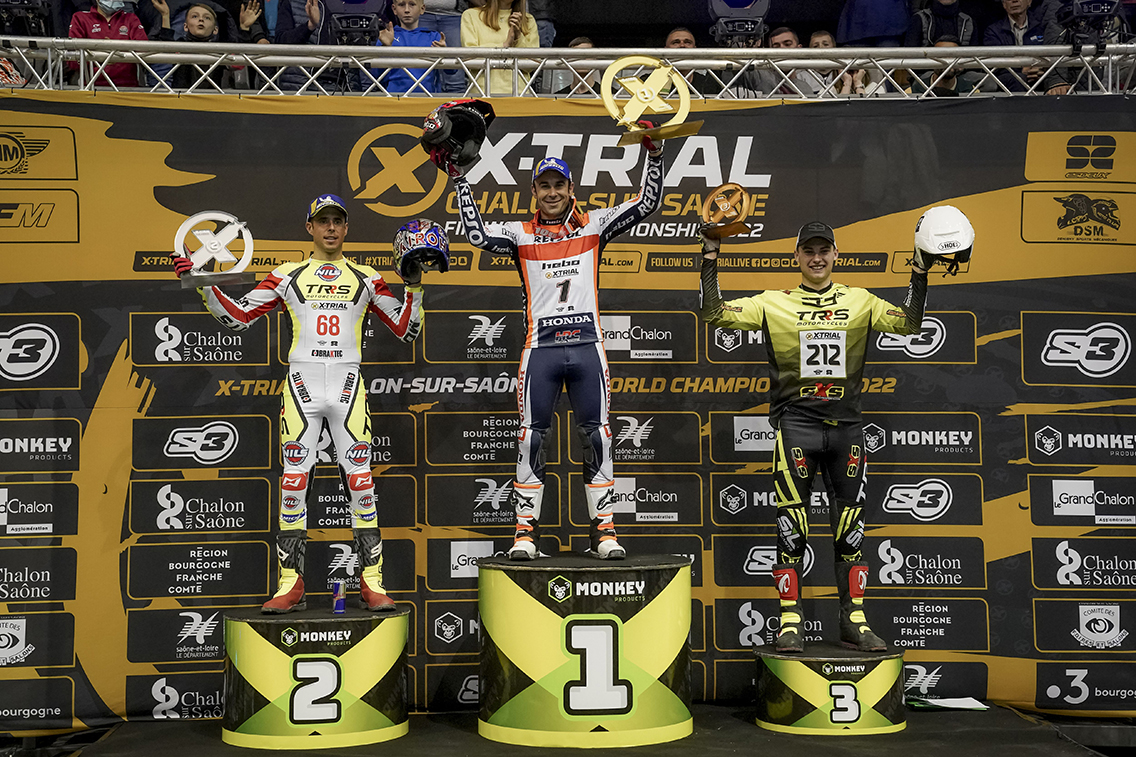 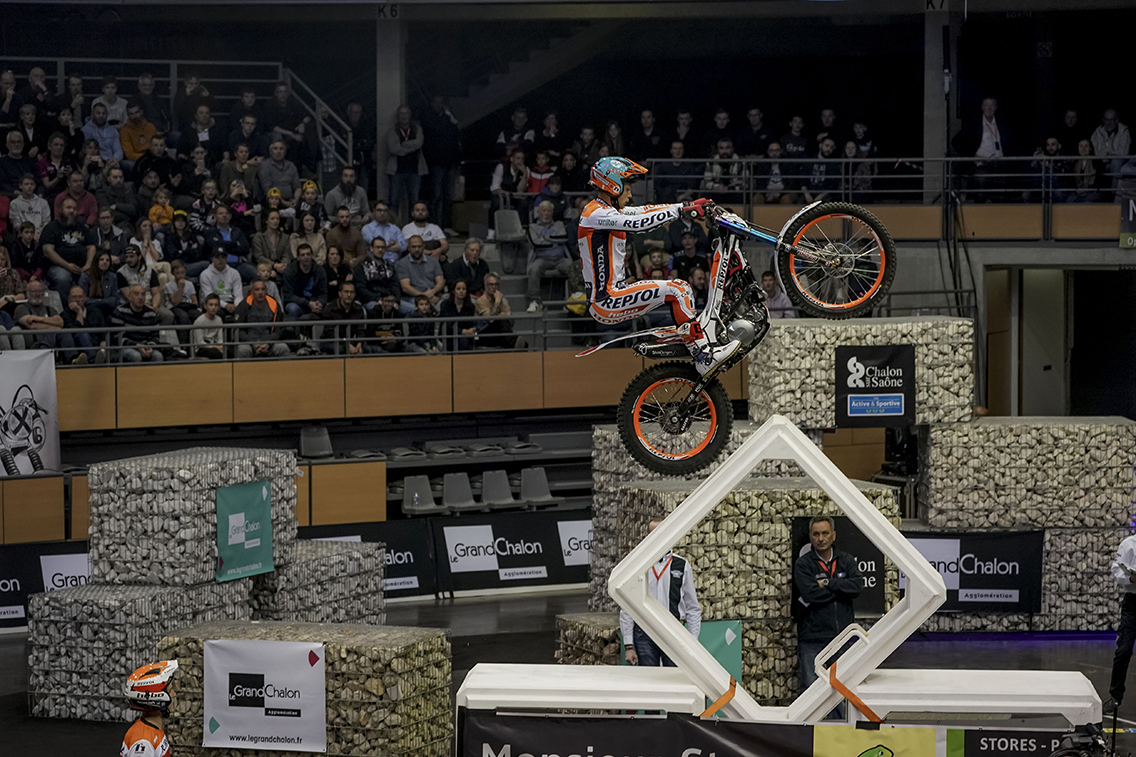 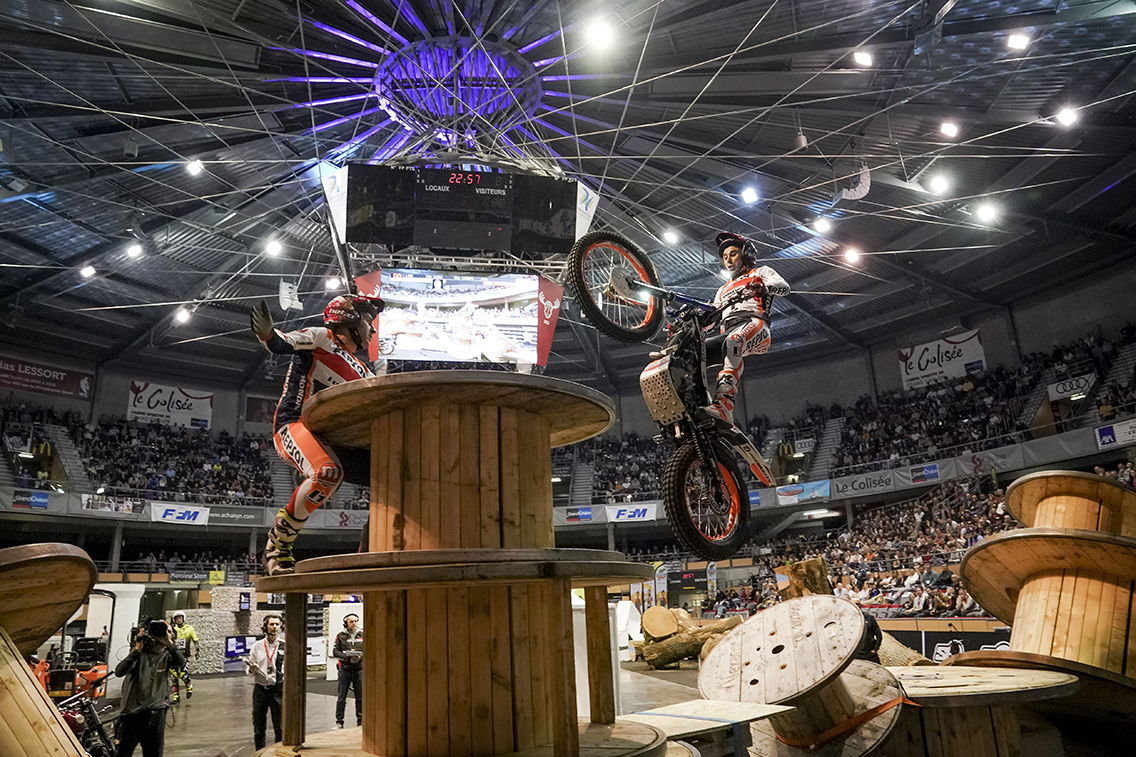 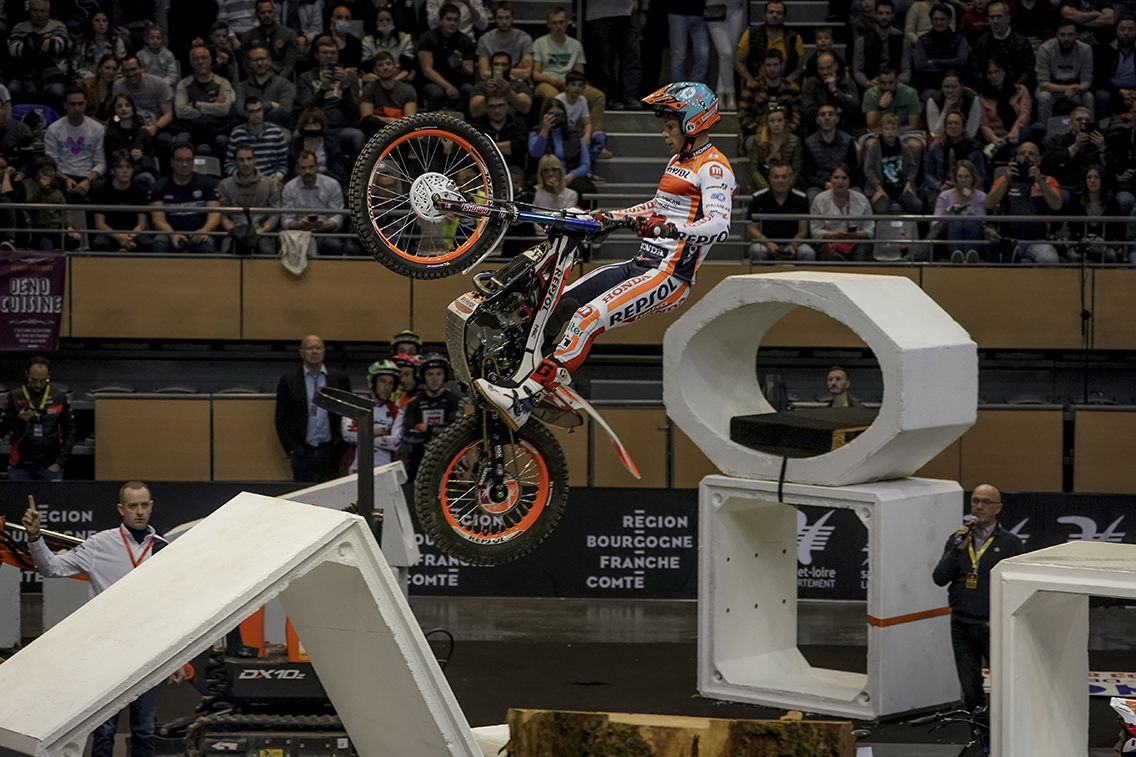 "It was a very good trial for us. I don't think there was that much more difficulty than in Nice, but it's true that here there were sections that were very slippery and, in particular, there were a couple of areas that were really make or break. And that's what we did. In round one I tied with Adam Raga, in the second lap too, and in the final I won by a single point. Raga didn't make any mistakes, he only failed in the most complicated part of the track, and that's when I was able to capitalize and take the victory. We have started the championship very well with the two wins and achieving three of the four possible bonus points, but it is true that we are all battling hard for this world championship."

"I started the trial by opening the sections, which is never easy. Also, I was a bit more nervous than usual as it was the first trial of the season with the new colours. In section one, I already made a mistake and I think that's why I wasn't focused enough to tackle the following sections so calmly. It's a pity that I couldn't ride the way I know I could have ridden."