Home / Trial / Bou does the double in Neunkirchen

After a 6-year absence, the Outdoor Trial World Championship returned to Germany with a visit to Neunkirchen. On a circuit new to the calendar and notable for its difficulty, Toni Bou won both of the two races. Gabriel Marcelli, contending with an infection to his leg, finished eighth and sixth, respectively.

On the first day of action, Bou was competitive from the start, dominating both races and taking victory amongst the complex sections of the German track. However, on Sunday he faced more difficulties: Second after the first lap, the Repsol Honda Team rider made a fightback on the second lap to complete his double.

Gabriel Marcelli left Neunkirchen feeling good, placing sixth on Day 2. Discomfort in his left leg hindered his riding on Saturday, when he had been more cautious and finished eighth. On the second day, the Repsol Honda Team newcomer was more competitive and challenged for the Top 5.

After six rounds of 2022, Toni Bou leads the world championship with 114 points and Gabriel Marcelli is in seventh with 59. The next round takes place on August 21st at Comblain au Pont (Belgium). 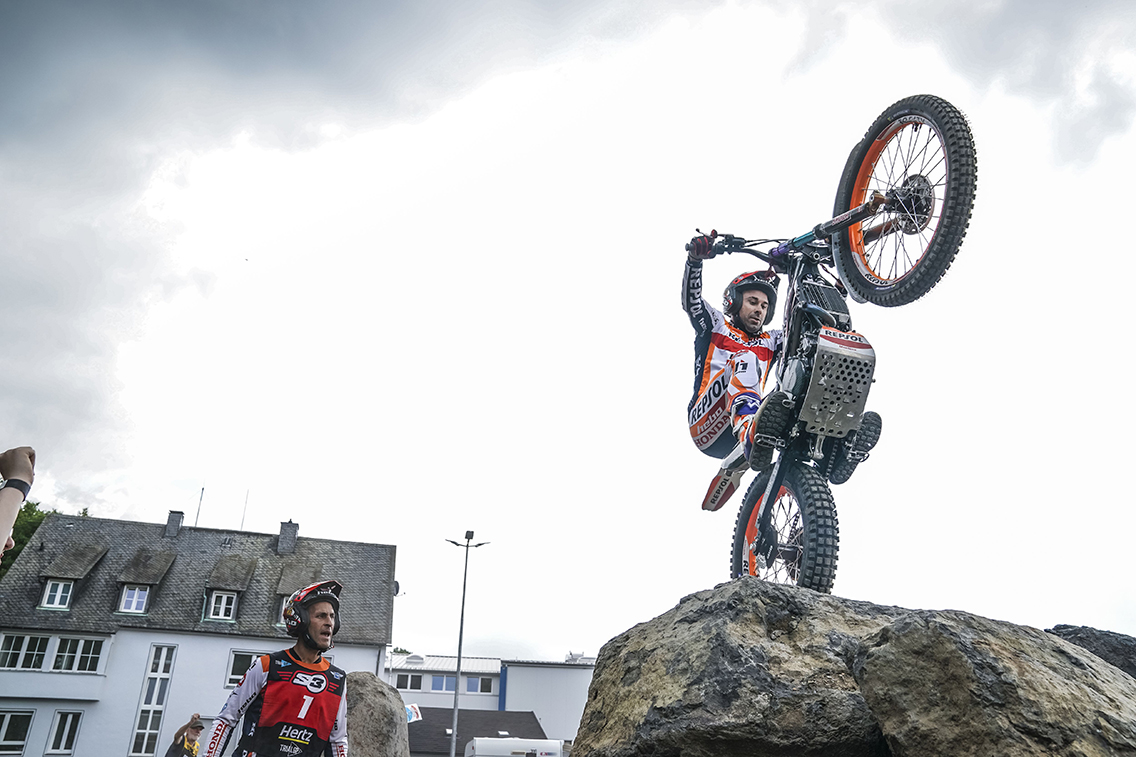 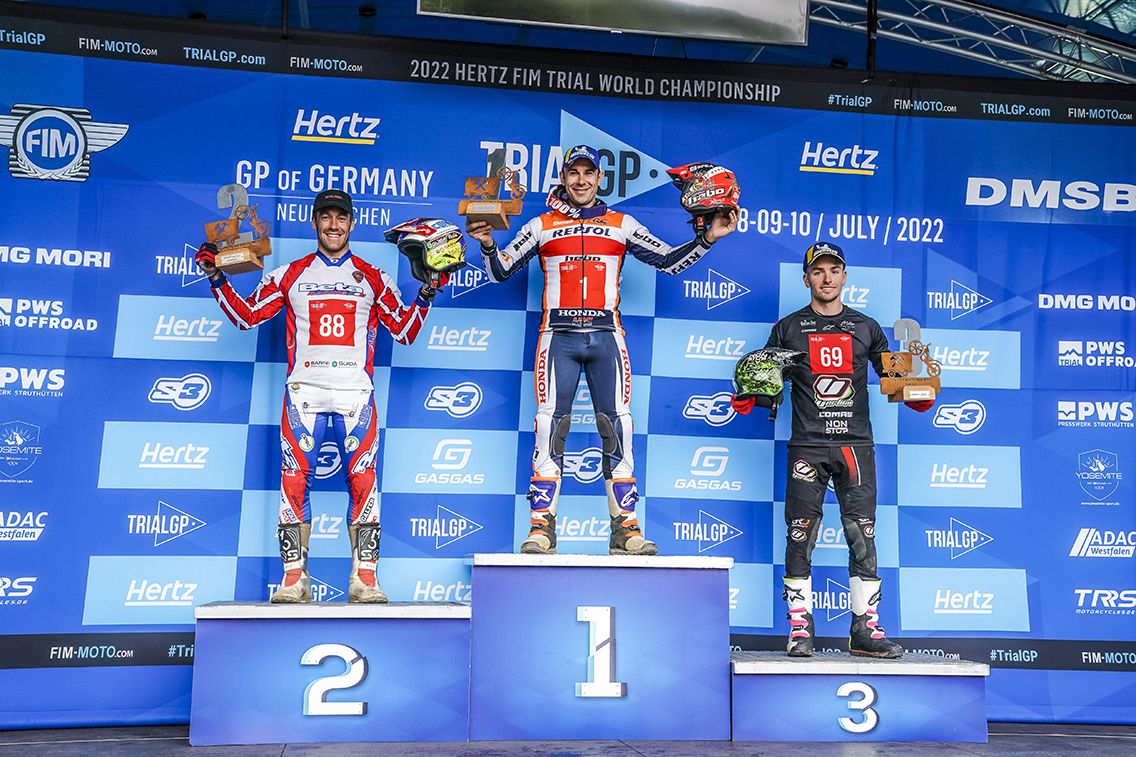 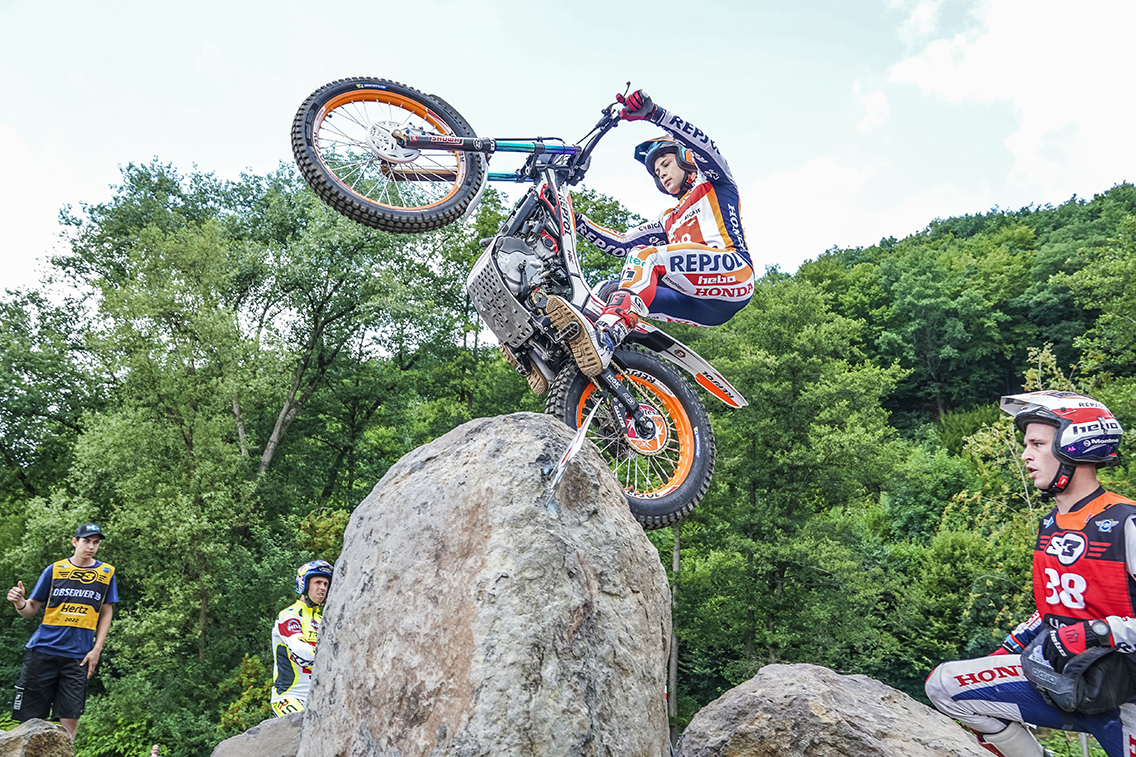 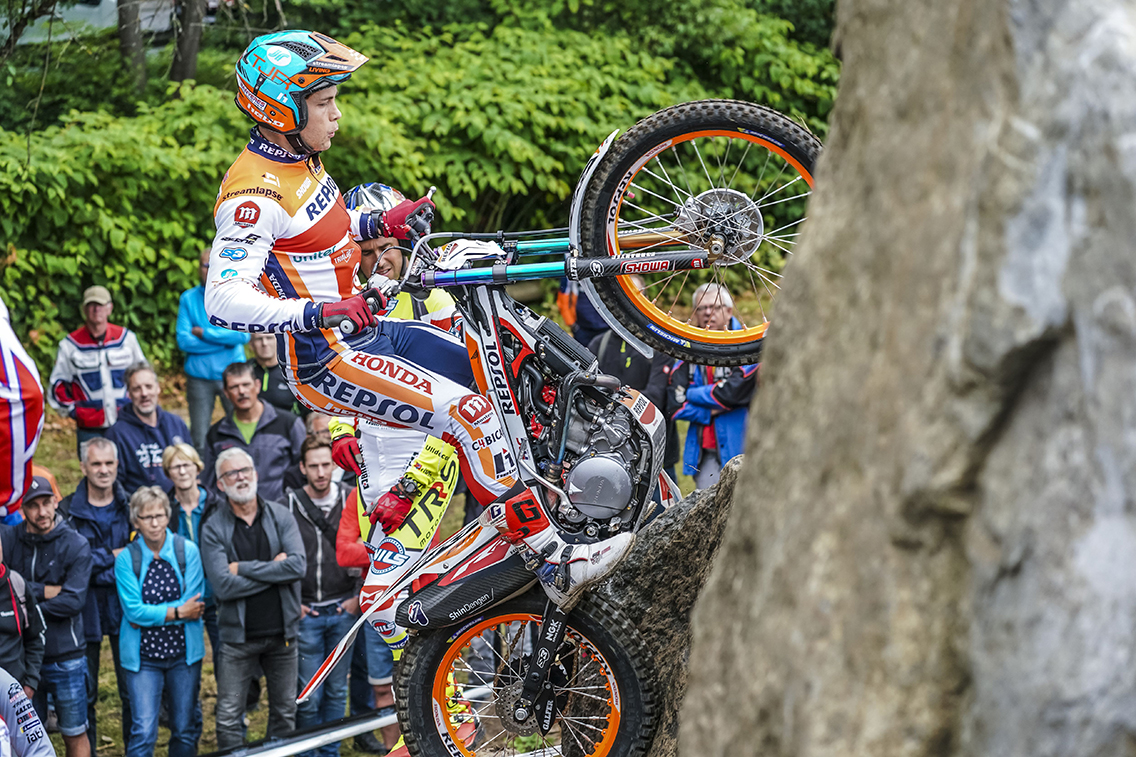 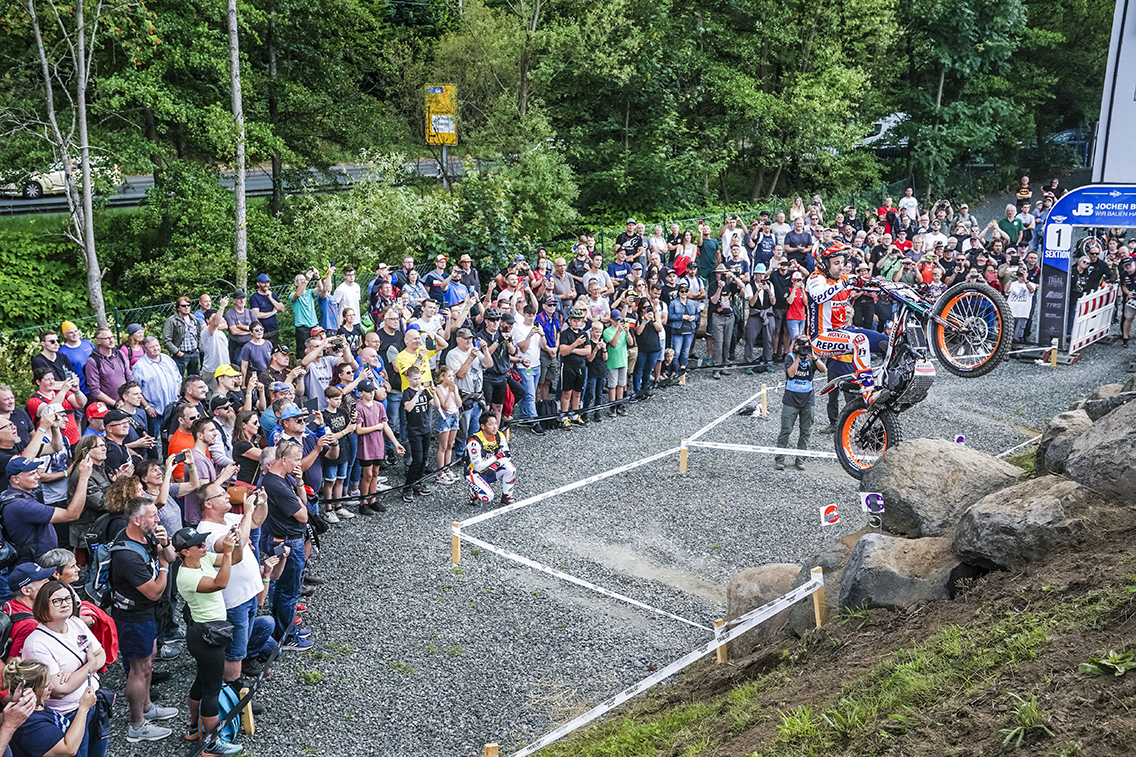 "I'm very satisfied with the weekend here in Germany. It was a tough and uncomfortable race, both yesterday and today. We knew that we could not make any mistakes on the second day. We made two serious errors on the first lap, although we were lucky that everyone also made a little mistake. Going into the second lap, we knew that the rider who didn't make a mistake would be the winner, so I tried my best. We made a small slip-up on Zone 6, although I also wanted to limit that, since conceding a 5 there could have meant losing the race. Finally, the last two zones were where we had to attack and do well. Fortunately, everything worked out and we won the race at Zone 11. In terms of the championship, it has been a very good weekend. Now Jaime Busto is second, 23 points behind, and being so many points ahead after only 6 races is very positive, although there is still a long way to go."

"Today I started the race with more motivation. Yesterday I saw that, in the end, the problem with my leg was not so serious and I could ride at a good level. Today I felt good throughout the race. I'm quite happy with how the day went, except for on a couple of zones that I messed up, which ended up hindering my final result. Finally we finished sixth; it's not a bad result but, even so, we wanted a little more."