This weekend sees the start of a new season of the world’s fastest sky sport competition, the Red Bull Air Race, in Abu Dhabi. The series will once again have among its participants a single Spanish pilot: Juan Velarde. With the support of Repsol, this will be his fifth season in the competition and for the fourth time he will be competing in the Master Class, the top category established by the Fédération Aéronautique Internationale (FAI). Last year he placed on the podium in both the first and last events of the year.

The calendar consists of eight races, in which the objective is to complete a circuit of around 6 kilometres in length -marked by 25-metre-high air pylons, in the shortest time possible. They must also pass through five straight gates, two of which can be taken on with “Vertical Turning Manoeuvre” – in which they must fly through the gates and turn as quickly and efficiently as possible without pulling more than 10G in their raceplane – and three individual pylons in chicane form.

After a day of free practice and another of qualifying, in the race the fourteen participants face each other in three rounds. After the first of these rounds, eight pilots compete in the secound round to determine the four finalists. 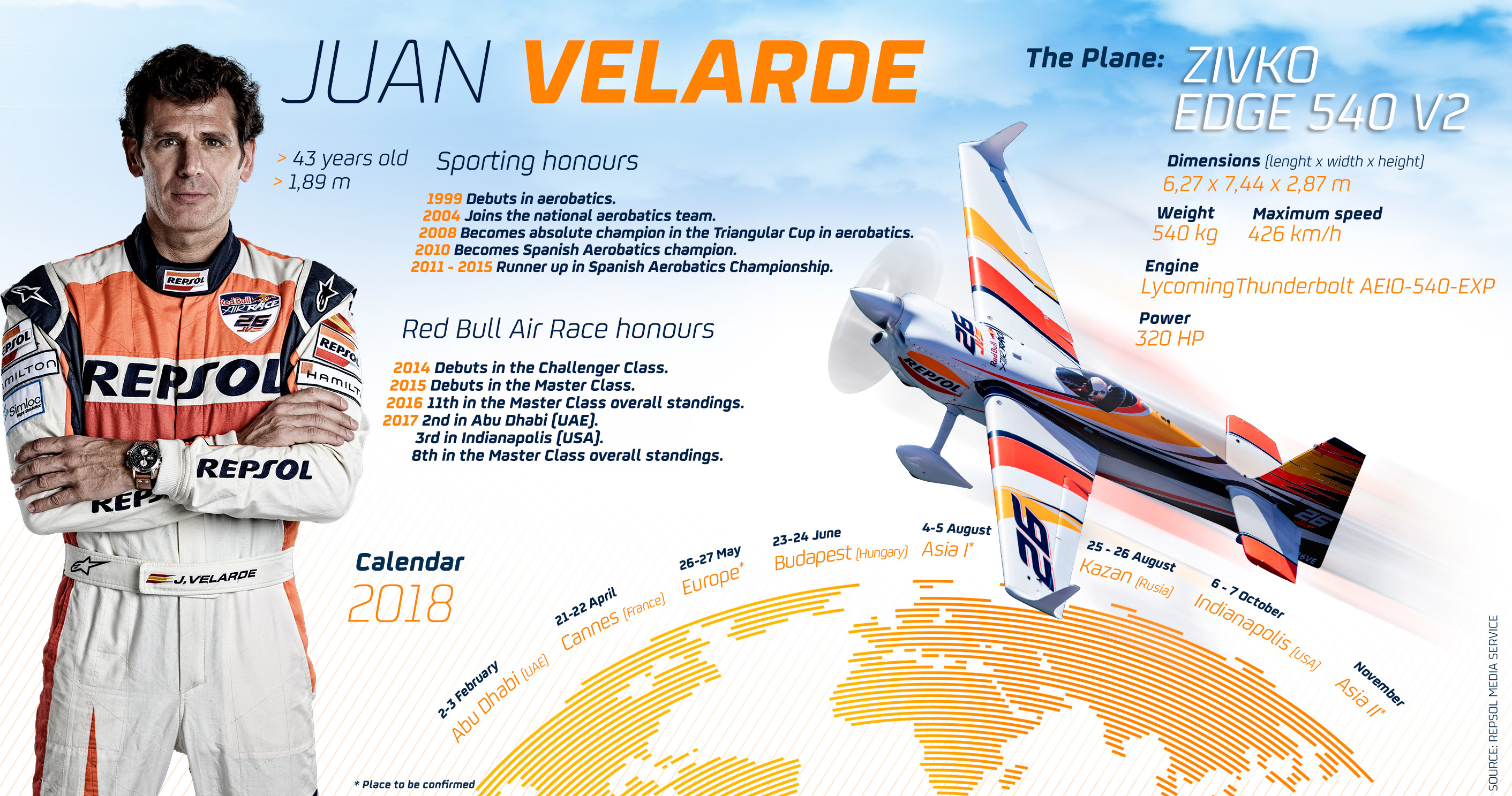 Velarde, 43, started in aerobatics in 1999 and is currently part of the Bravo 3 Repsol  team, with which he performs exhibitions with Castor Fantoba and Anselmo Gámez. In the Red Bull Air Race he pilots a Zivko Edge 540 V2, a plane made of carbon and composite materials, which stands out for its light weight (just 540 kg), speed (exceeding 400 km/h) and power (more than 300 HP ), giving it great maneuverability and a weight/power ratio that provides great acrobatic capacity -ideal for competing in this competition.