We are feeling really positive. We’re going in the right direction and I’m sure that this year we’ll do even better

This Friday, Isidre Esteve began his preparation for the Dakar Rally 2019 with the 35th Baja Aragon, which kicked offon Friday with the prologue stage. The Repsol Rally Team driver had a positive first experience with his BV6 prototype from Sodicars Racing despite a small setback that the mechanics will fix tomorrow morning before the start of the second stage.

Isidre Esteve completed the almost 13 kilometres of this special in 10:56.04. Towards kilometre 6, a malfunction in a turbo solenoid valve slowed him down and pushed him down the ranking of a race with over 230 participants that counts towards the FIA World Cup for Cross-Country Rallies. Ultimately, he placed 26th overall and 18th in the T1.1 category.

"The new BV6's debut in the race was positive, with a beautiful, winding, and fun first stretch. It’s a shame that an electronic malfunction prevented us from going faster, but it’s nothing serious. The team will change the piece and we’ll continue the race as usual", explained the driver from Oliana, who will face the second stage tomorrow, split into two stretches of 215 and 147 kilometres, respectively.

This race is very special for Isidre Esteve since it was precisely here where he reappeared in 2012 after the pressure sores he suffered in the Dakar 2009. He did it at the wheel of a lightweight buggy to put the Smart Cushion to the test for the first time. If it went well and his skin was in good condition after the race, he could consider competing again. Otherwise, his career would end there. Seven years later, the Repsol Rally Team driver faces the race with a completely different perspective.

In the words of the Lérida-born driver, "When we came to the Baja in 2012, we carried out the first tests with the cushion that was meant to get me back into competition. Now, the Smart Cushion is a reality and I’m thinking about elite competition again. The entire process has been wonderful: the device will be on the market in the coming days and we just have to focus on the sporting aspect". 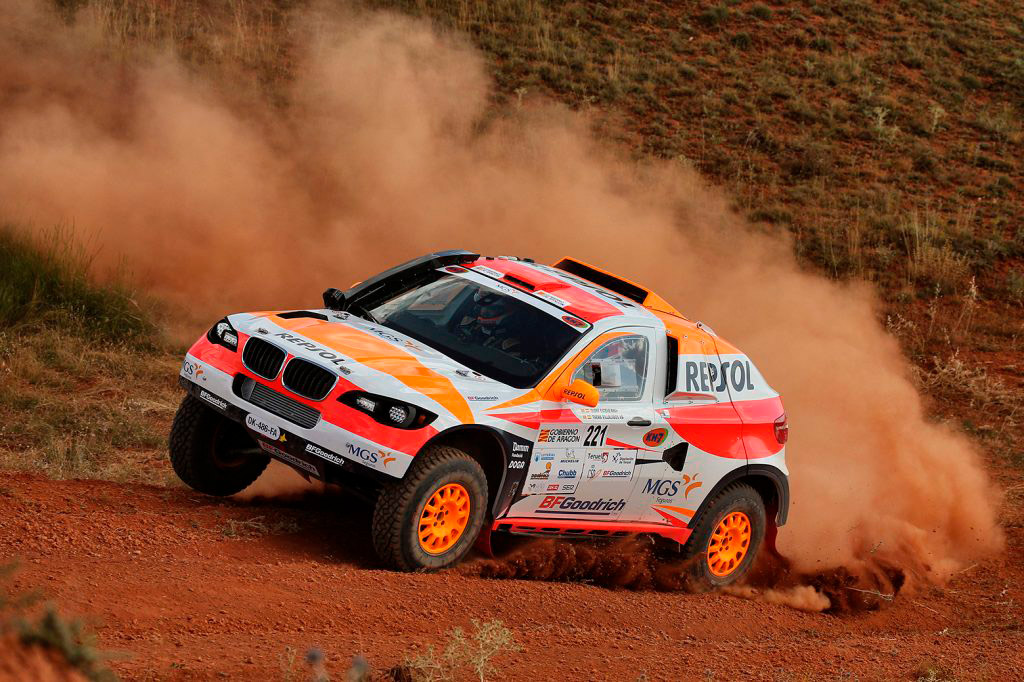 To meet the goal and tackle the challenge of being back up there with the best, Isidre has a powerful BV6 prototype from Sodicars Racing.Thanks to their experience in the last Dakar Rally, this car incorporates a series of technical modifications that make it much more competitive. They have trimmed 25 centimetres from the front, expanded the suspension stroke by 30 millimetres, and added larger brakes.

"We’re very happy with all the changes we’ve made to the car and we're feeling very positive. The car is always where we want it to be on the track, and this is great. Surely this year we’ll do even better", he says.

Isidre Esteve and his co-driver Txema Villalobos took part in the Aragonese rally to get back into the swing of things and rack up miles in the vehicle that they will drive at the next Dakar Rally. Thus, the Baja Aragón will once again become an excellent testing ground for the competition.

"Our competition programme for this season has been designed to take a step forward. We started at the Baja Aragón, which is a perfect race because it allows us to fine tune the car on a more technical level. After summer, we’ll go to Morocco to do a test before competing in the Morocco Rally, where we’ll be able to test the car in the dunes. We do all of this preparation to be at the top of our game at the Dakar and be competitive right from the first day", he explains.