The Misano World Circuit Marco Simoncelli was the scene for the Repsol Honda Team's first one-two finish with their Márquez Espargaró pairing.

Marc Márquez started seventh on the grid and got off the line well, moving into the Top 3. He was in second place for much of the race and, with five laps remaining, a crash by Francesco Bagnaia allowed him to take the victory. His second consecutive win was his first back-to-back triumphs since Japan and Australia in 2019.

Pol Espargaró achieved his first podium as a Repsol Honda Team rider. After a good weekend and his qualifying fourth on the grid, Espargaró maintained a consistent pace that allowed him to occupy the podium spots from start to finish.

The Repsol Honda Team earned a one-two finish for the first time since the 2017 Aragon GP.

With two rounds remaining, Marc Márquez occupies sixth place in the overall standings with 142 points. Pol Espargaró the twelfth, with 90 points. Fabio Quartararo was proclaimed 2021 MotoGP World Champion at the Misano round. 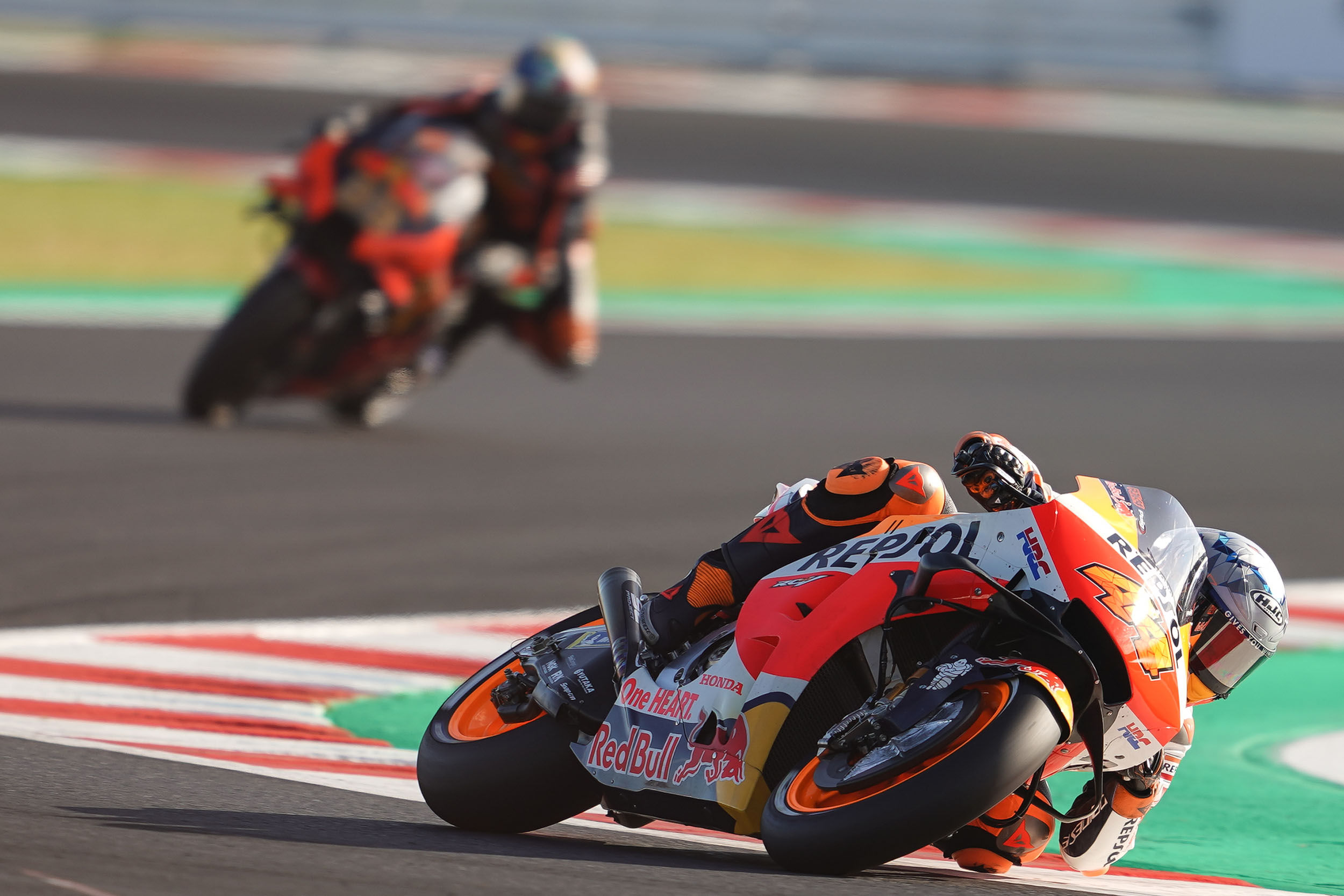 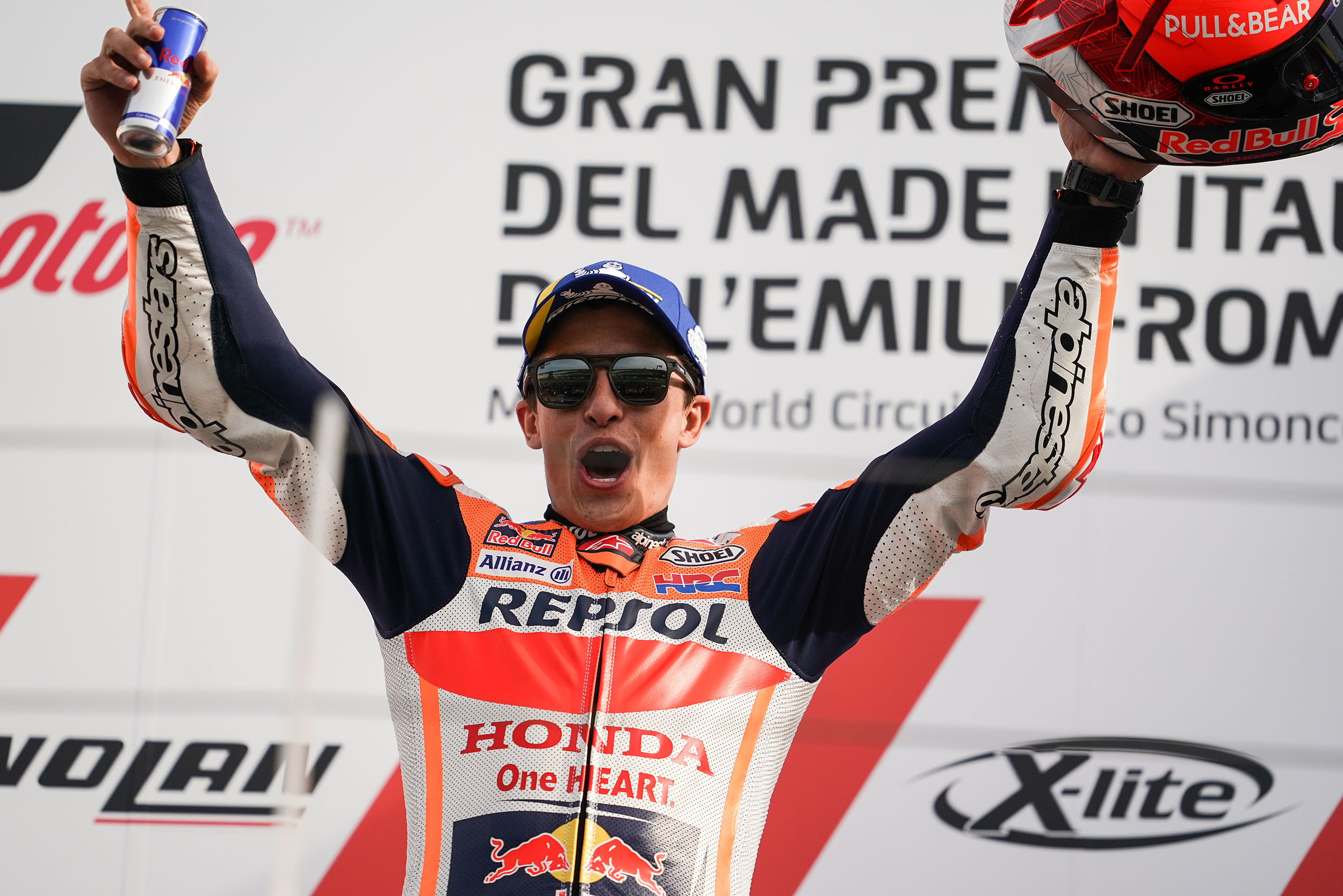 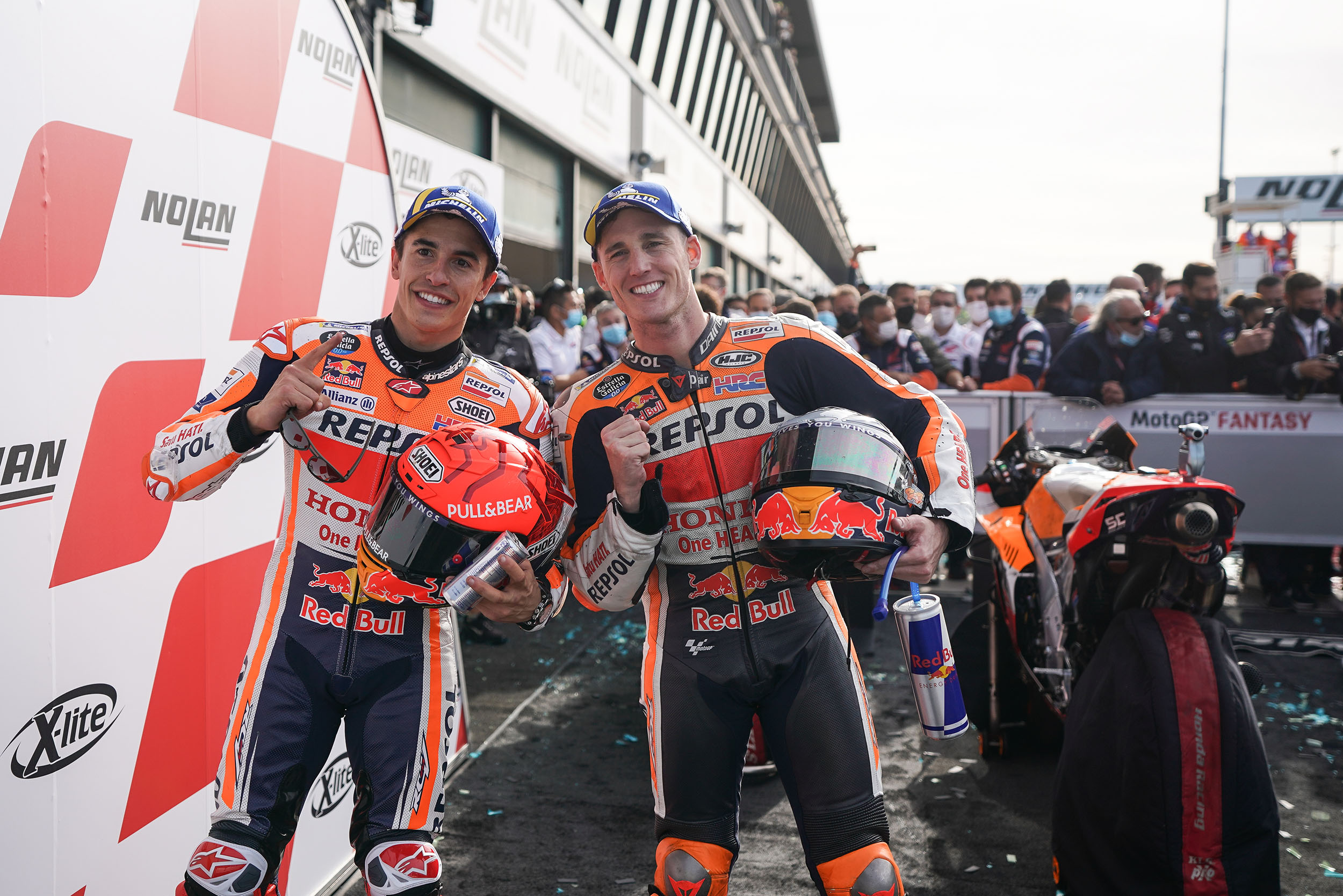 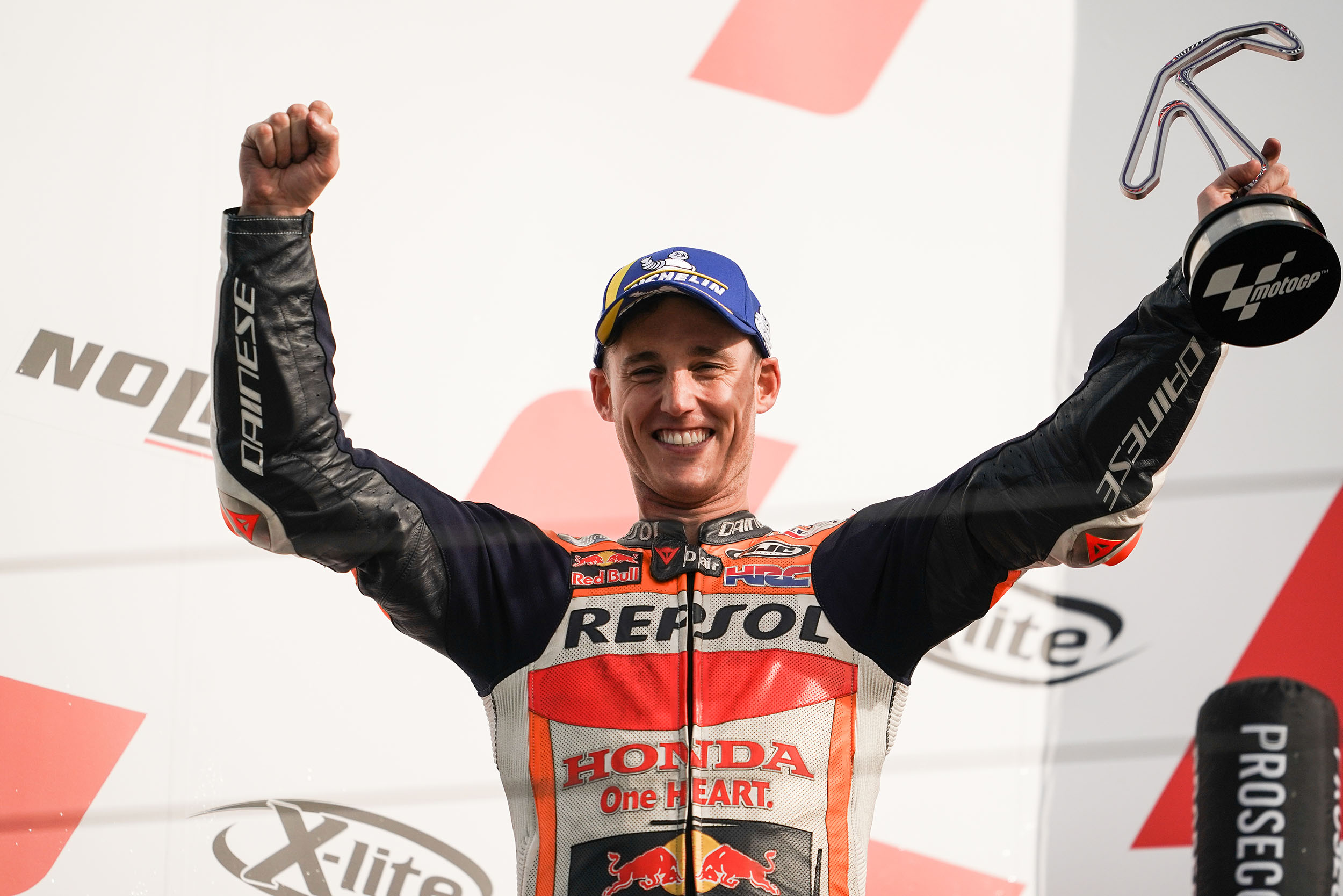 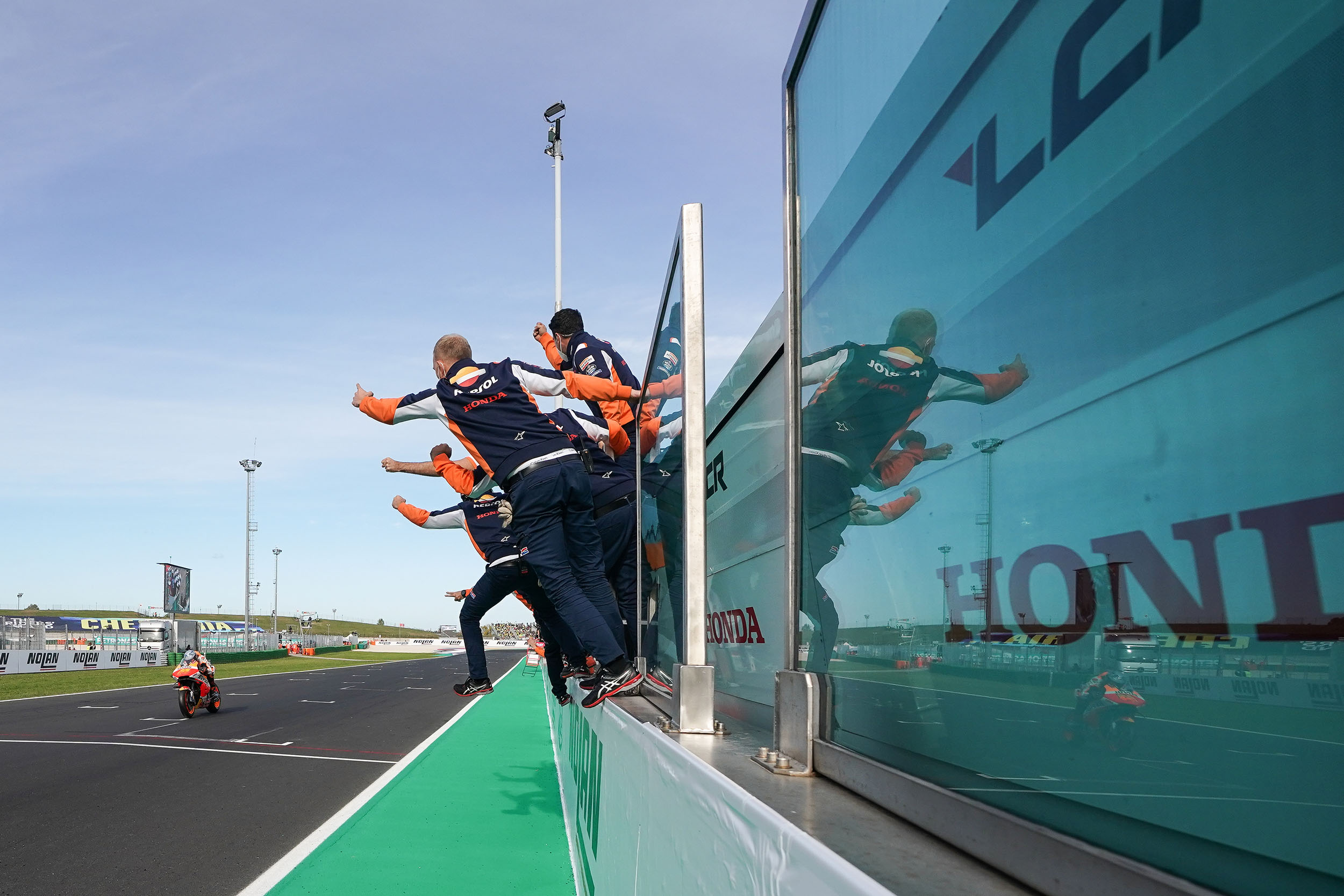 "This is a much more important victory than Austin. My target was to be on the podium here or in Portimao, on a clockwise circuit to finish the season. And we won. We won here in Misano where usually we are not strong and today we had a race pace that was super-fast. When Pecco started to push, honestly speaking I said ‘ok’ and I relaxed a bit but he crashed. Fortunately, he’s ok and we were able to take profit because he had the edge. We keep improving and this is the best way to finish the 2021 season as we prepare for 2022. When you look at the gap compared to the first race here, we’ve made a step. I also want to say a big congratulations to Fabio for his title, he has been incredible this year and he really deserves it. Today is his day but I look forward to fighting with him again next year."

"An incredible race and result, beyond just myself I am so happy and pleased for the team. They’ve worked so hard this year, and especially the Japanese staff in our team have lived a hard year away from home, so this result is for them. It’s a team result and shows the work and progress that we have made and are making. I was quite tense during the race, to make sure we could achieve this result for the team but on the final laps – everything happened, Pecco crashed, Miguel crashed, I had a track limits warning on the bike. Today is a day to enjoy as a team, as a group. It’s been a rollercoaster this year but this result shows what we can do with more knowledge of the bike and I was feeling strong after the test. Congratulations also to Quartararo on his World Championship, he has been the reference all year and put together a great season."