Satisfied with the progress

The third and final day of the Sepang test was marked by variable weather conditions. Following an overnight rain shower, the track surface was still damp when the lights went green at 10 a.m., prompting the teams to wait until noon before sending the bikes on the track. The Repsol Honda riders were granted a couple of hours of work before a light rainfall halted them again until 4:30. Following a pause, Marc Marquez and Dani Pedrosa resumed action, riding regularly until 6 p.m. Temperatures were much cooler than the previous days, with air and ground maximums of 32° C and 36°, respectively.

Despite the breaks, Marc and Dani made the most of the available time, continuing to work on the new “evo” engine and their electronics setups, where there is the most margin for improvement, although the team engineers already made a step forward compared to the previous test at Jerez last November. The duo was also satisfied with the progress made with the tyres, including the hard-spec rear and a new front spec that Michelin had brought to Malaysia. Marc set the day’s third-fastest time with a best effort of 2’00.883 on lap 44 of 45, whereas Dani’s 2’01.161, set on lap 35 of 48, put him in sixth place.

The Repsol Honda riders’ next commitment is the Team Launch in Jakarta, Indonesia, on February 14th, before they head to Australia for another important three-day test at Phillip Island February 17th-19th. 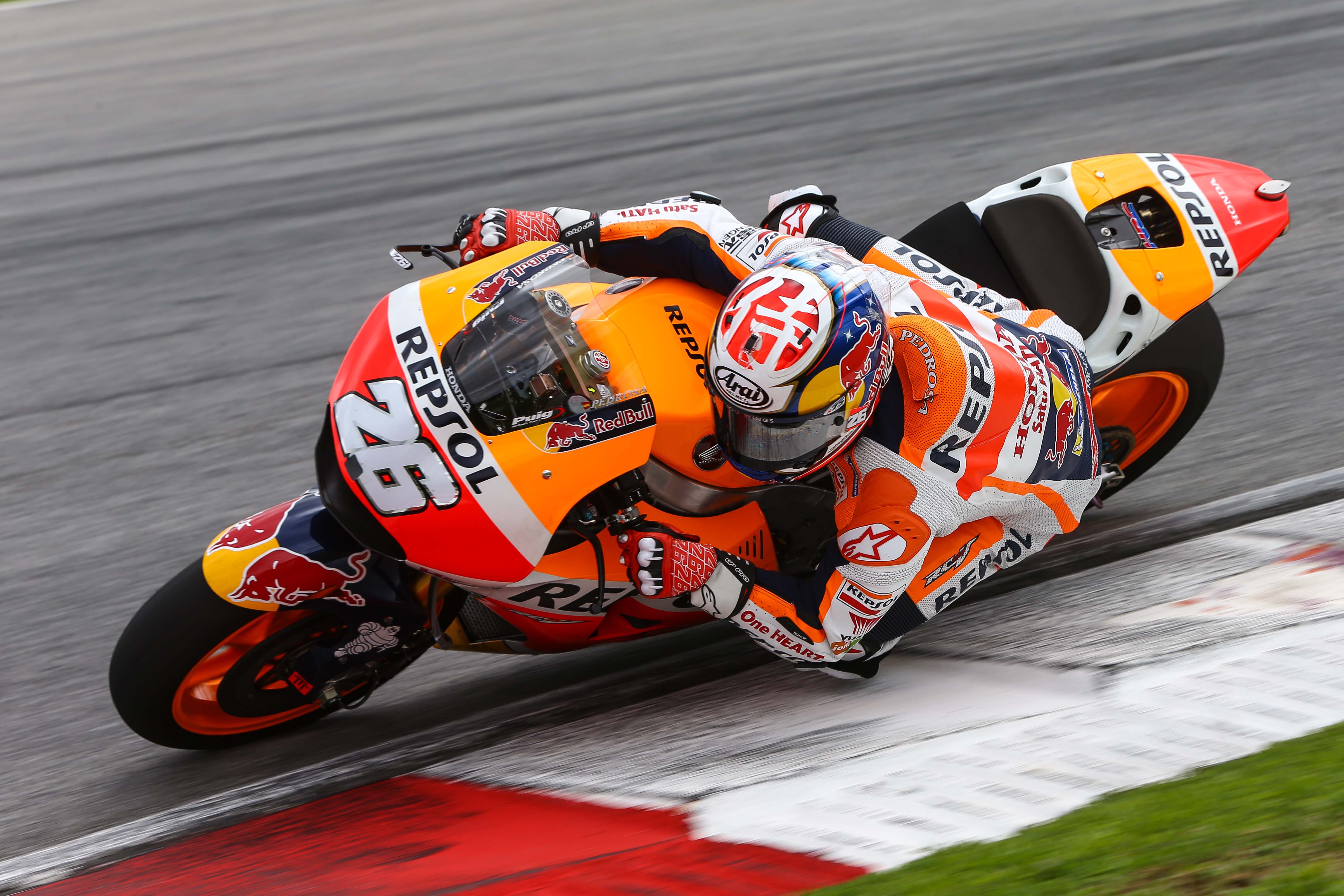 "The last day went quite well because we improved every day here in Sepang. We are still far from where we'd like to be, but I think we have taken a good step forward and slowly we're getting there. We are working hard and there is room for improvement, which is what we have to focus on. Today I worked a lot on the electronics and the chassis, understanding what setup for the bike is best for the new tyres. We also tested various types of front tyres with different profiles. Overall, these three days have been positive."

"It's been a hard test, because we had to do a lot of work and maybe this isn't reflected in the results; they don't show the potential that is there. At the end of the day we went out on track with the best combination we have found, we tried out some tyres and we were able to improve our times a little. The good point is that, step by step, we are growing and are doing our best to be ready for the first race."