From the time he first burst onto the scene, Dani Pedrosa made it clear that he would become one of the biggest names on the circuit.

This is Dani Pedrosa's 17th season competing in the Motorcycling World Championship. He's spent almost two decades going from racetrack to racetrack, carving himself out a podium position on almost every circuit he's competed on. Whether he makes it to the very top or finds himself in second or third place, he always puts in the effort and gives it his all. The 149 podiums he's achieved in all these seasons are good proof of that.

From the time he first burst onto the scene of the Motorcycling World Championship, Dani Pedrosa made it clear that he would become one of the biggest names on the circuit. He found it difficult to reach the podium during his debut season, but in Valencia, at one of the circuits on his home turf supported by his devoted fans, he managed to get the first notch on his belt by cinching third place in the 125cc category. That marked his first podium position on what is now a long list of achievements. During that same season, he won third place again in the following race, which took place in Motegi. 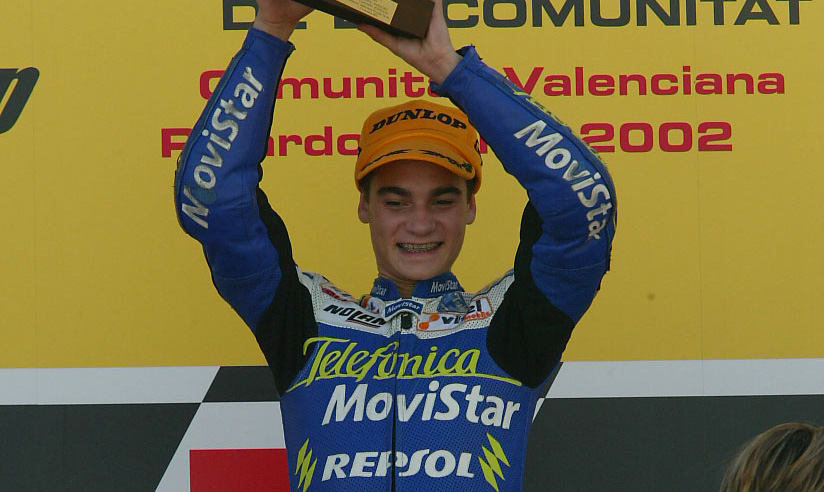 Dani Pedrosa made it to the podium on multiple occasions during the 2002 and 2003 seasons: nine times and six times, respectively. It wasn't until 2004 that he racked up a remarkable 13 podiums, with seven first place finishes. With this record, the Repsol Team rider won the 125cc World Championship for the first time.

Dani Pedrosa didn't break his stride or his winning streak when he moved up to the 250cc category: he brought home the World Championship title both years he competed in this category as part of the Repsol Honda team. While in 2004 he made it to the podium 13 times with seven first place finishes, in 2005 he earned 11 podiums and finished in first place eight times.

Given that Dani Pedrosa had already won three World Championships by this time, when he started competing in MotoGP in 2006 he was already a favourite. From his first race, the Repsol Team rider was in the running for the title, and although he didn't quite make it, he didn't disappoint. He achieved eight podiums, two victories, two second places, and four third places, totalling 215 points and earning him fifth place in the World Championship. 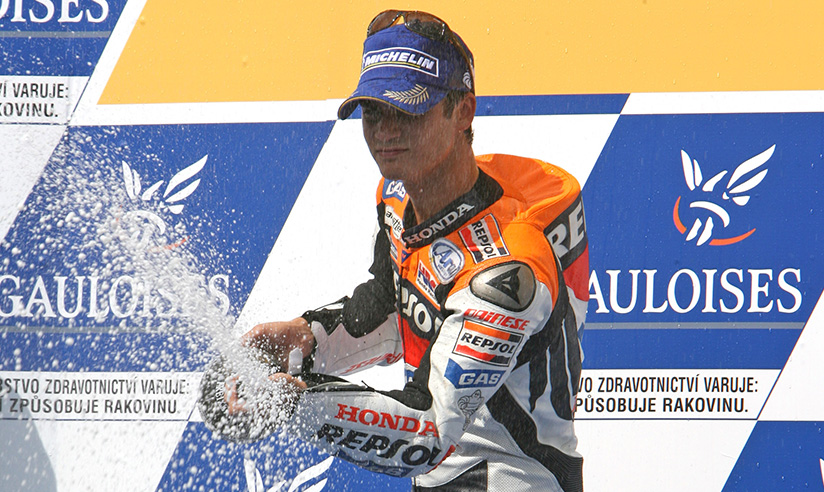 During the following seasons up until 2012, Pedrosa reached the podium 8, 11, 11, 9, and 9 times. In 2012 he broke all his previous records, making his way to the podium no less than 15 times. On seven of these occasions, he listened to the national anthem from the top step of the podium. Unfortunately, the 332 points he earned were not enough to crown him World Champion.

Since his finest season, which brought him very close to winning the MotoGP world championship, Dani Pedrosa has overcome one obstacle after another, and he's always managed to stay in the running for the title. In the four years following 2012, he achieved 32 podium positions. He's accumulated five podiums so far this season, and he's about to return to the MotoGP World Championship after the holiday break. With one first place and four third place positions in 2017, he's hot on the heels of his fellow Repsol Team member, Marc Márquez, who's currently leading the championship. 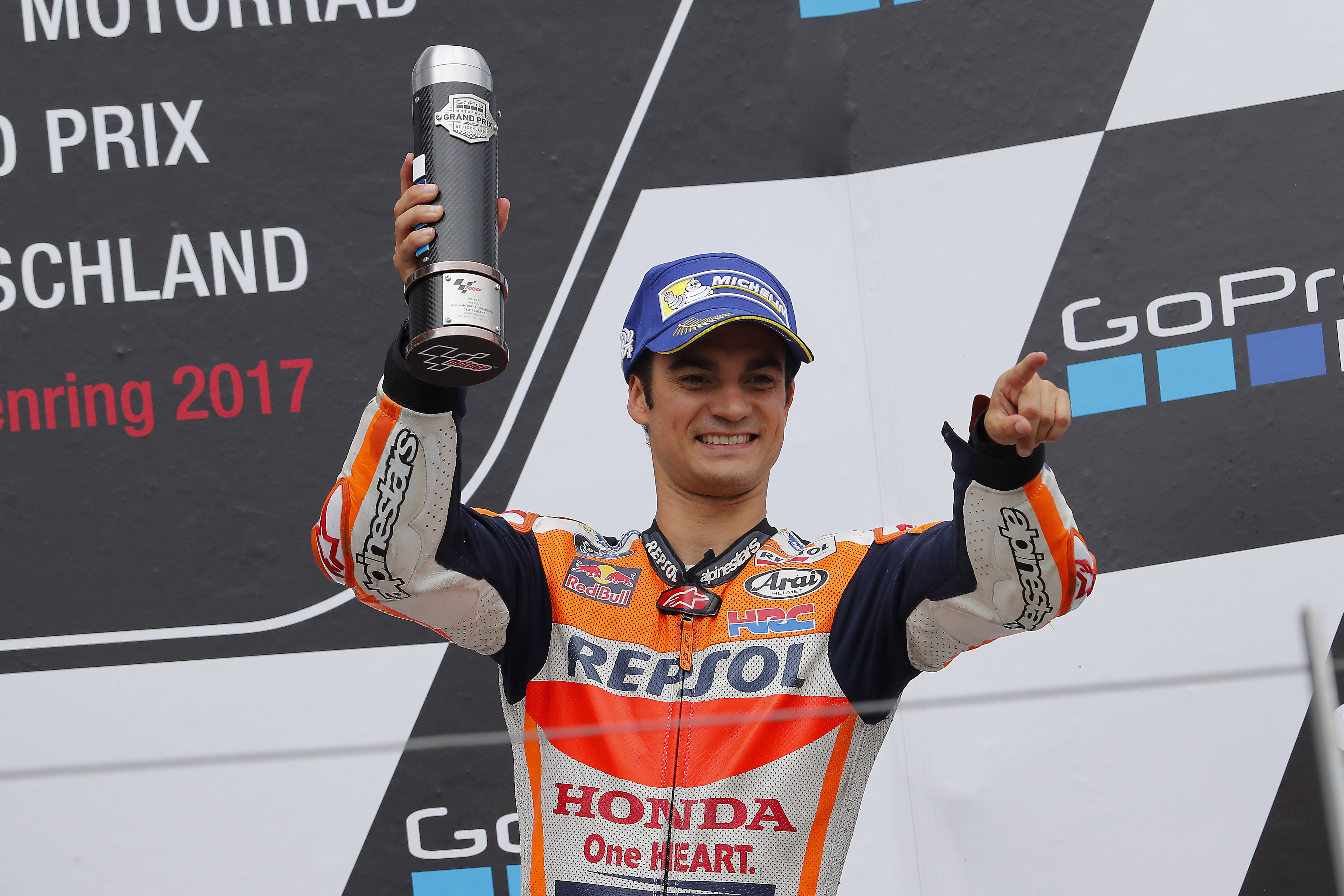 The 149 podiums he's earned in his sporting career could soon become 150 in Brno, especially given that Dani Pedrosa has a very successful history at the Czech Grand Prix. The Repsol Honda rider has competed here on 16 occasions during his athletic career, and he's reached the podium during 10 of them. These numbers are certainly grounds for optimism.