The design of the stand located on the main straight is inspired by the shape of the hibiscus, the national flower of Malaysia.

The Sepang circuit was built in only 14 months and was inaugurated on March 7th, 1999.

This facility was part of an extensive infrastructure program initiated by the country’s fourth prime minister, Tun Dr Mahathir Bin Mohamad. The project was called ‘Vision 2020’ and was created with the aim of turning Malaysia into a developed country by the year 2020.

A race at Johor provided one of the most unusual images in World Championship history when a cobra crossed the track and 125cc rider Gino Borsoi could not avoid running it over.

The 2012 race took place under an intense downpour that forced the MotoGP to be cut short after 13 laps.

Extreme heat and humidity make the Malaysian GP one of the most demanding of the year from a physical point of view. During this round, temperatures of around 30ºC and 80% humidity are common. Track temperatures can reach 50ºC at noon.

At 5.543km, Sepang is the second longest circuit on the Grand Prix calendar, only surpassed by Silverstone.

Sepang was the first circuit designed by Hermann Tilke, creator of tracks such as Sachsenring, COTA in Austin and MotorLand Aragón. 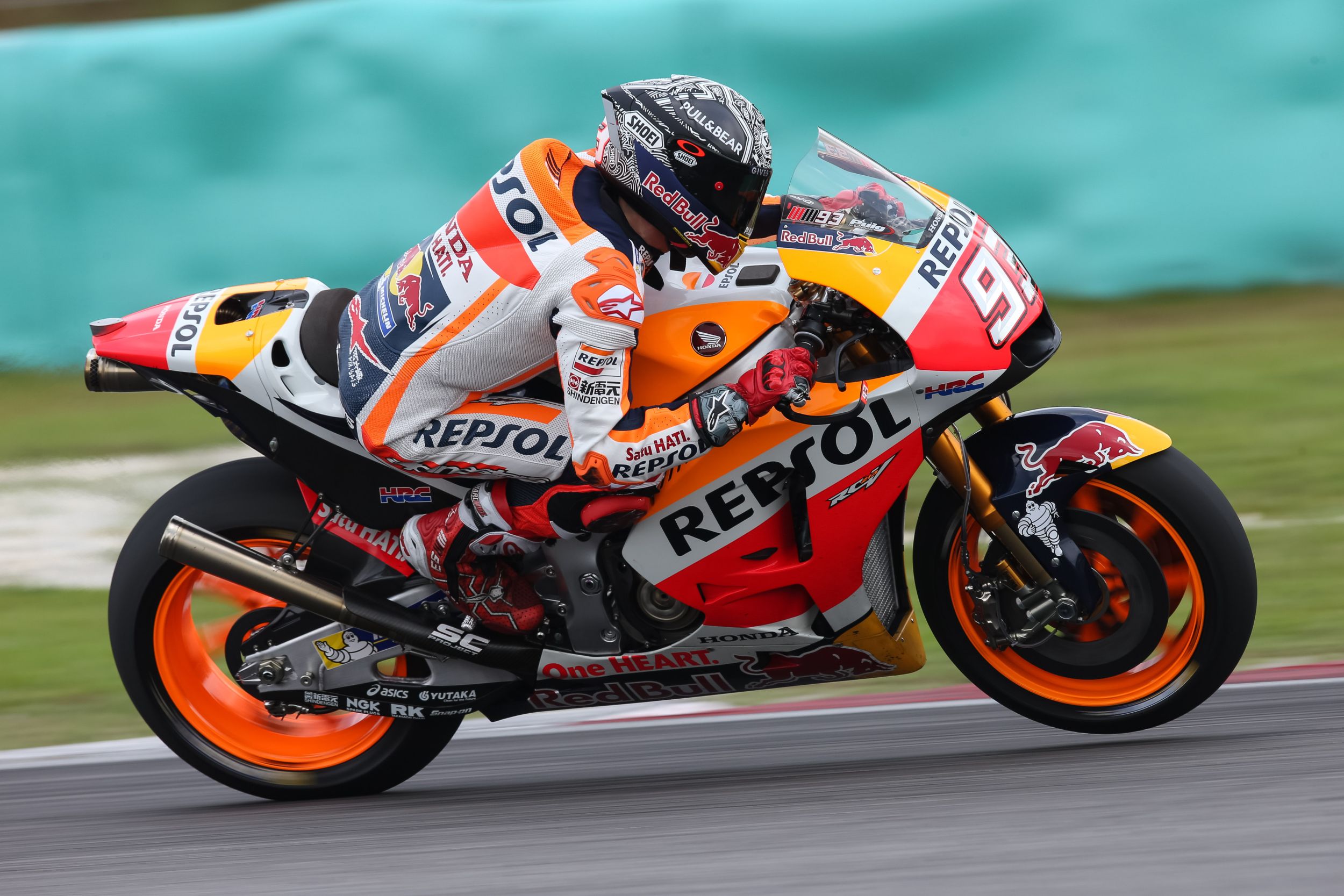 It is located next to Kuala Lumpur Airport. Both infrastructures were built at the same time.

The design of the stand located on the main straight is inspired by the shape of the hibiscus, the national flower of Malaysia.

This same stand was built in such a way that the rays of the sun do not hit fans at any time of day.

The circuit can hold 130,000 spectators. The stands on the main straight and the back straight alone can accommodate 50,000 people.

Many riders have been proclaimed World Champions at the track. Dani Pedrosa won the 125cc title there in 2003.

The circuit was designed as a stadium. To achieve this, more than 9 million cubic meters of earth had to be removed. To maintain the green environment, more than 5,000 palm trees were planted.

Along with Barcelona-Catalunya and Motegi, Sepang is the most demanding track on motorcycle brakes. On one lap, the riders spend around 37 seconds activating the brakes, with them being used for more than 30% of the total race time. The accumulated force exerted on the brake lever from the beginning to the end of the race exceeds 1,100kg.