Fresh from the Grand Prix, the Repsol Honda Team were straight back to work for a one-day test in Jerez along with the rest of the MotoGP field. Looking to continue refining the new Honda RC213V, both Pol Espargaró and Marc Márquez were out on track from early in the day. Between them they completed 145 laps.

Completing 85 laps and setting a best time of 1’37.556, Pol Espargaró was content with the day’s work in Jerez. After a hard Spanish GP weekend, Monday’s test allowed Espargaró and his team to reconfirm some of their findings from the weekend. Alongside this, they were also able to begin exploring potential options for the future.

Marc Márquez’s day ended after 60 laps, the Repsol Honda Team rider splitting his time between three Honda machine as he explored a variety of settings on the bike. A best time of 1’37.940 had him as the 15th fastest rider of the day, though single-lap speed was far from the focus of the day. The work continues for the Repsol Honda Team rider and his team to return to running consistently at the front.

The Repsol Honda Team will now enjoy a well-earned week of rest before the French GP in Le Mans on May 15. 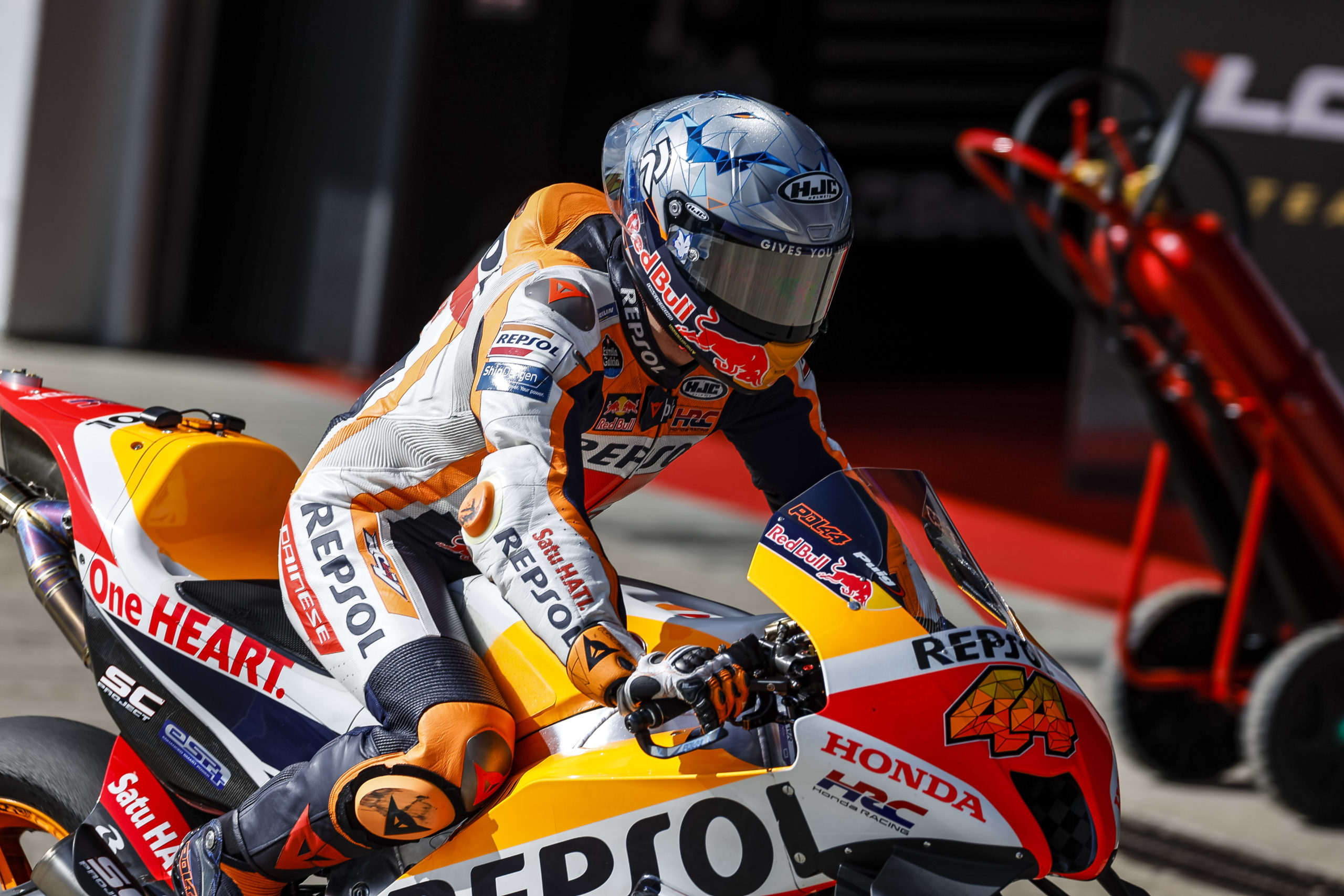 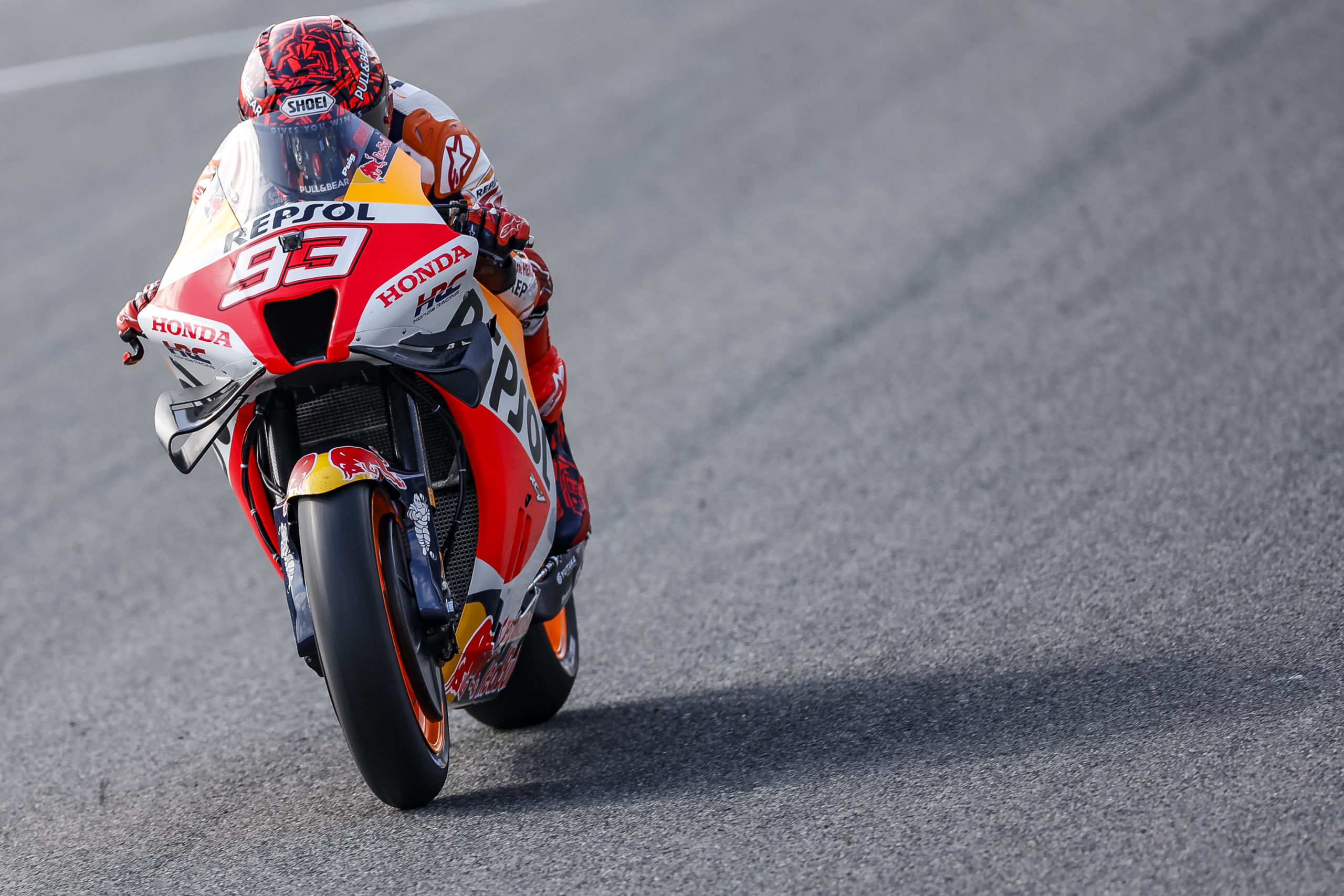 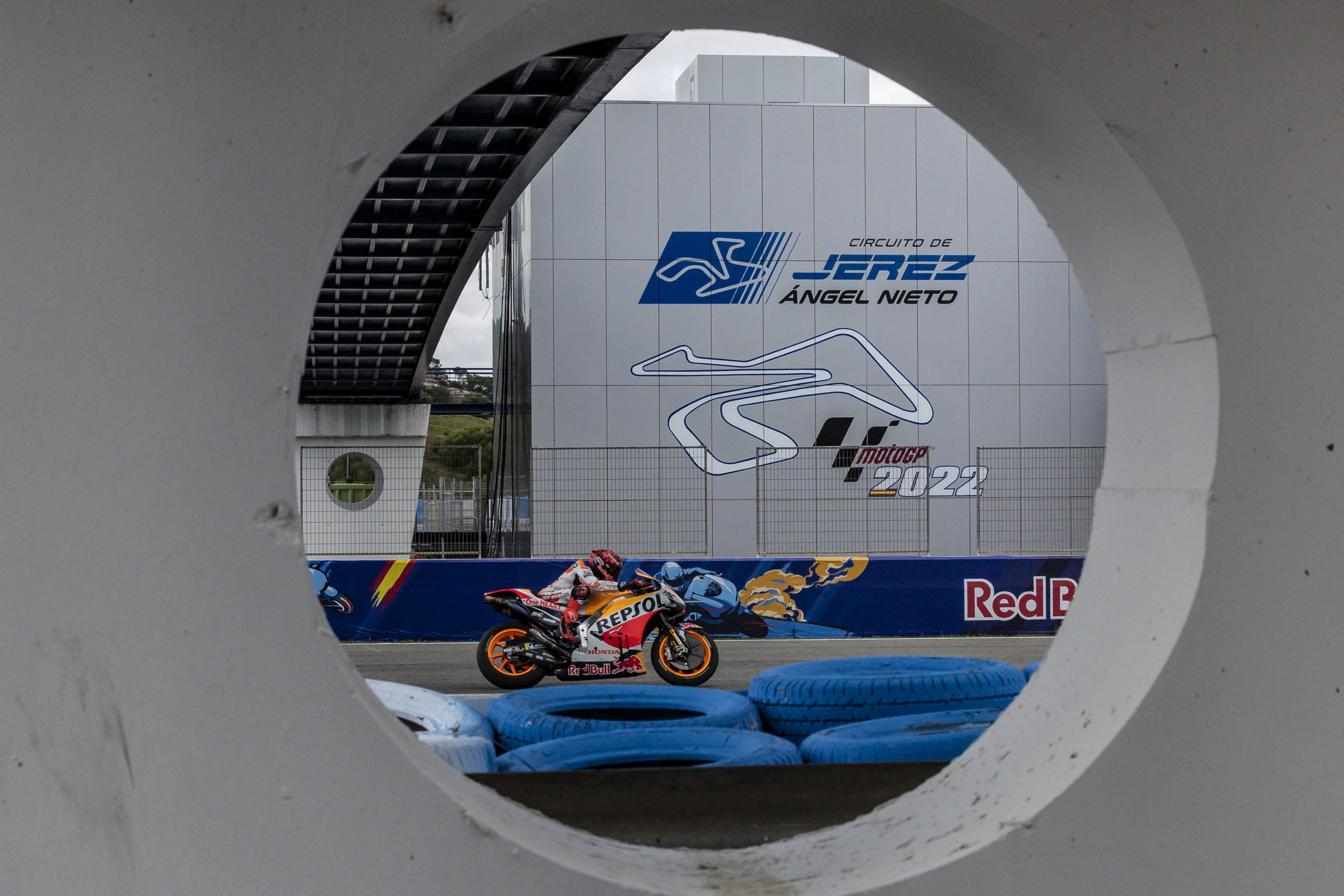 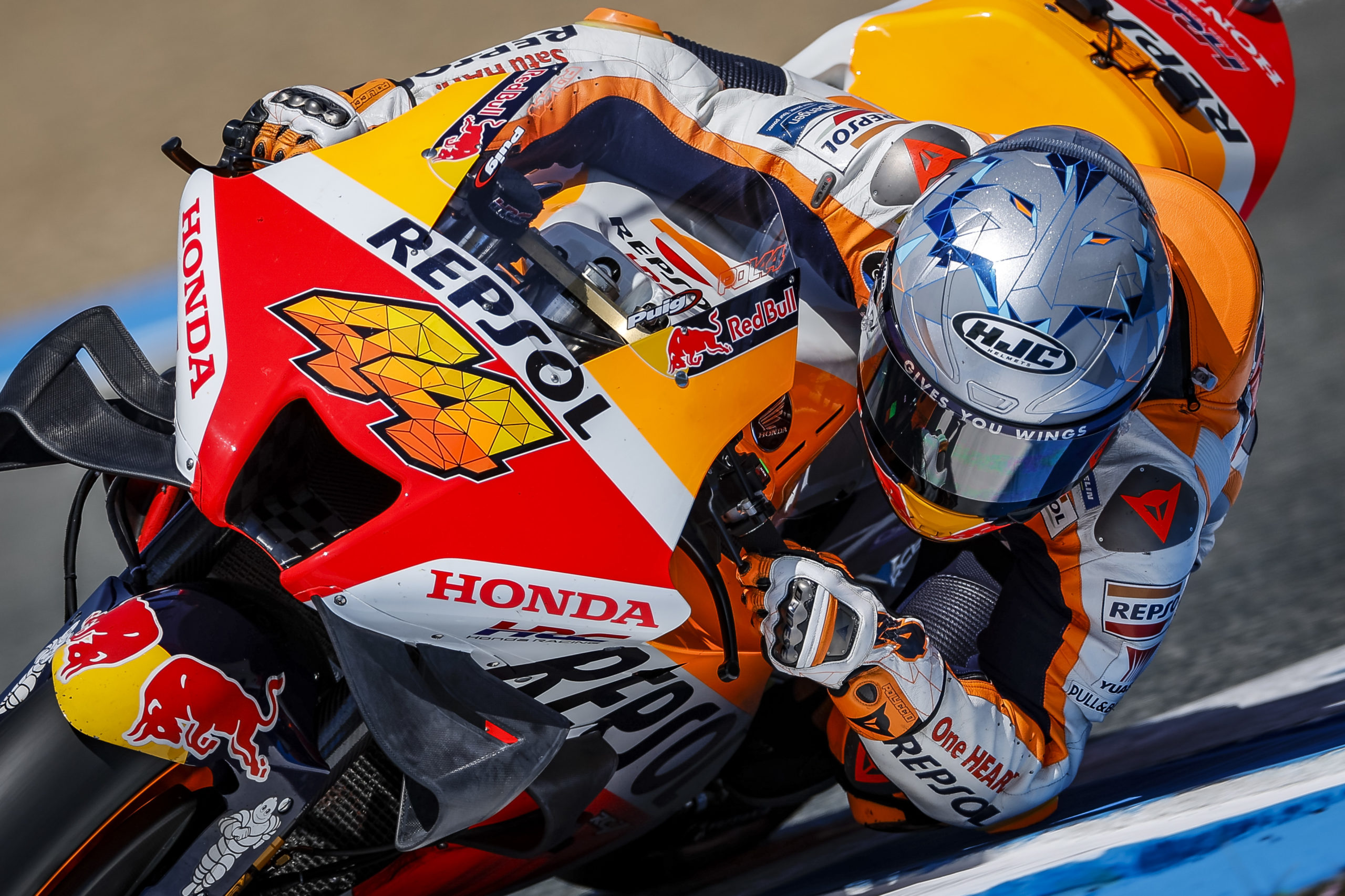 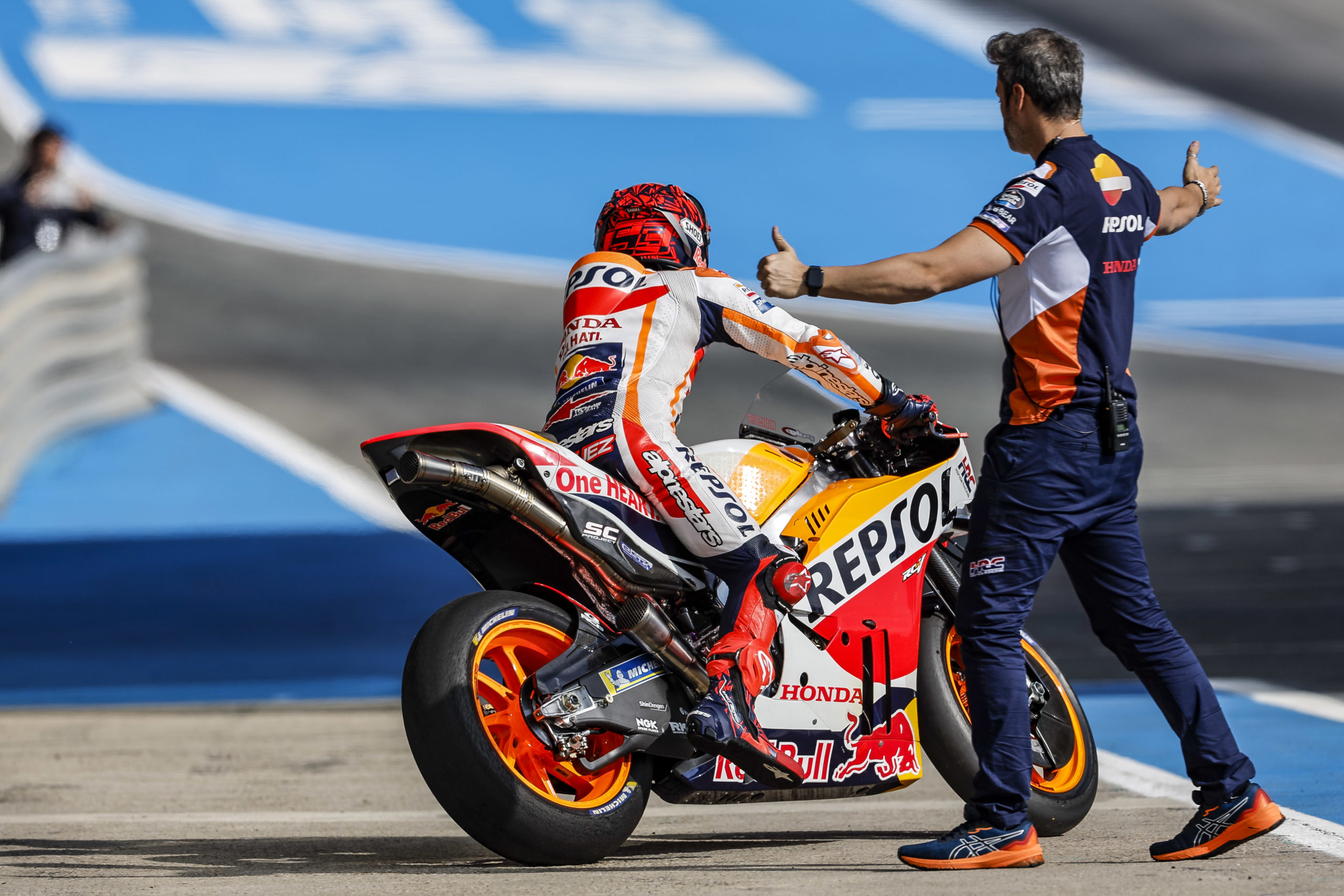 "Today I gave my maximum and achieved the maximum. I saved my energy through the whole weekend to be ready for Sunday because I’m still not in the condition to do a whole weekend at 100%. It’s the Spanish GP, I had to give it everything on race day. At one point in the race, I thought maybe the podium was possible, the key point was overtaking Miller and stopping Aleix because he was faster than us. This is what I tried to do but then at the last corner I lost the front and the rear but fortunately the Spanish crowd were there to pick me up and save the crash! We don’t give up; we keep pushing and now we prepare for an important Monday test."

"The grip was really low today with the temperature and in conditions like this I suffer a lot more, more than my teammate and more than other riders. In the first lap I almost high sided at Turn 5 and I lost some positions, but to recover in MotoGP is really difficult. Fortunately, we have a test tomorrow and we need to get to work to return to what we found during winter. We have to work from the moment we are in and find solutions to the problems we are having. Patience is key here, the good times will come but we need to keep our heads down and work."