If you asked me what my ultimate dream team of riders would be, the first name that I’d say

When I was a kid, it was hard to find a better rider than Mick Doohan. I was always captivated by his unique style and, of course, I wanted to ride on his same bike. Mick stood out in races: he was very aggressive and he rode the most extreme bike on the grid; he had everything he needed to be a winner. While I was learning to ride a bike, my greatest dream was to be like him.

His style of riding was different, a bit odd and unique. Seeing him in action was a real show. What I noticed most was the different style he used to go around a sequence of bends. Today, I think that we professional riders can still learn something from him, even though riding has changed in many ways.

Meeting him in person was a dream come true. I remember that I was still in 125cc. I was almost like a kid meeting his idol and that experience always fills you with excitement and enthusiasm. I felt like I wanted to know everything about him, to ask him about everything that he’d seen in the races but for him to tell me about them from his point of view.

The dream that I haven’t been able to fulfil is riding a bike like his. 500cc two-strokes were an era in themselves and the people I know who did manage to ride them tell me that they’re real beasts. I once told you how much I like to explore different sensations on a bike and it would have been really cool to know what it feels to race on a bike like that. 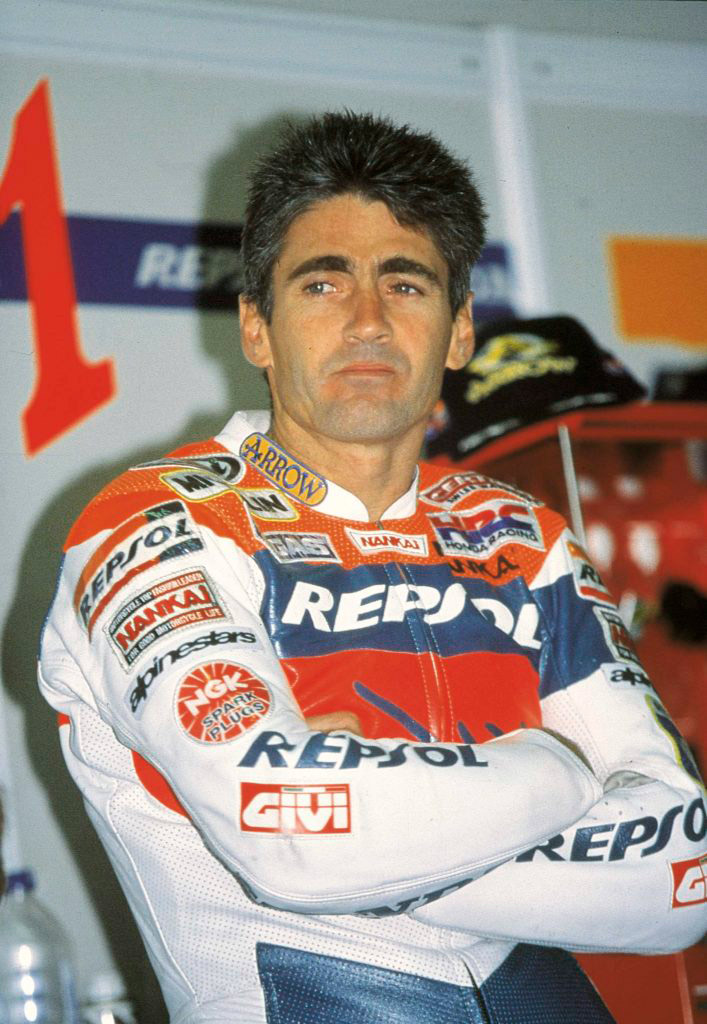 What I did manage to do was to ride on the premier class just as he did. For me, being one of the best riders in the world was some kind of unattainable dream, but it did come true. When it finally happened in 2006 and I started my first season here with Nicky, I had such a sense of responsibility and pride. Since then I’ve wanted to live up to this dream and do my very best.

If you asked me what my ultimate dream team of riderswould be, the first name that I’d say, without any hesitation, is Mick Doohan. I feel like that trust one has on their childhood heroes is something really beautiful to experience. To be able to make someone feel what Doohan made me feel is definitely the best dream come true.

Best regards to all followers of Box Repsol. Who was your childhood idol? Tell me, I’ll read about it.