The MotoGP riders had a tricky day at the Autodromo Internacional do Algarve on Saturday. Rain caused a wet track during FP3 and FP4, but in the afternoon's qualifying sessions the sun came out and the surface began to dry out.

After securing a spot in Q2 in the morning, Marc Márquez rode well in very tough mixed conditions. A yellow flag caused by a crash for his teammate on the last sector caused his provisional pole time to be annulled, with only seconds left before the end of the session.

Finally, Márquez set a best time of 1:43.575, for ninth on the grid at the Portuguese Grand Prix.

Pol Espargaró also went directly through to Q2 thanks to his showing in the first session of the day. In that qualifying run, the Repsol Honda Team rider suffered a small crash when on one of his fastest laps.

This crash meant that he could not improve his time, and with a 1:43.832 he took tenth on the grid, a spot on the fourth row. 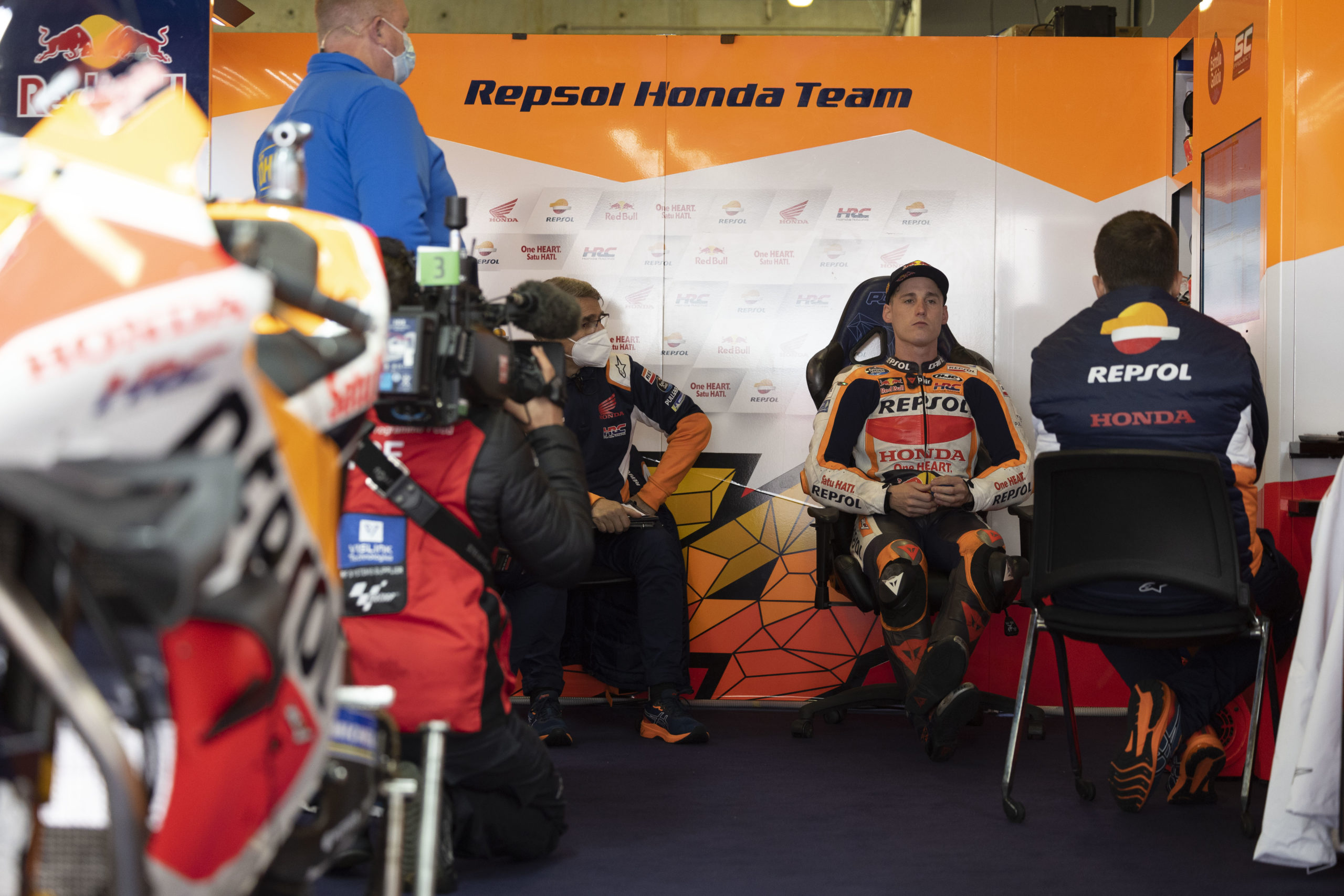 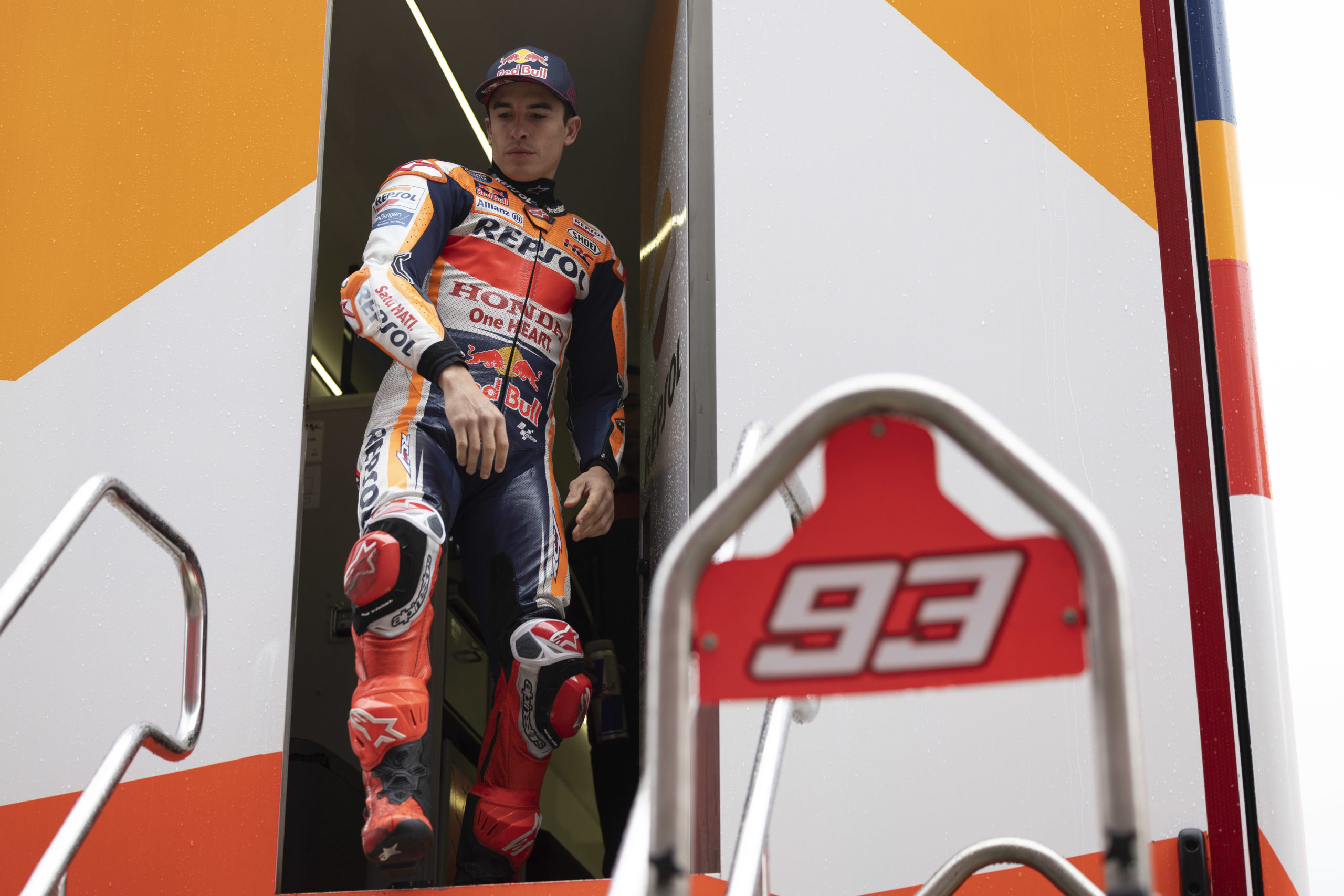 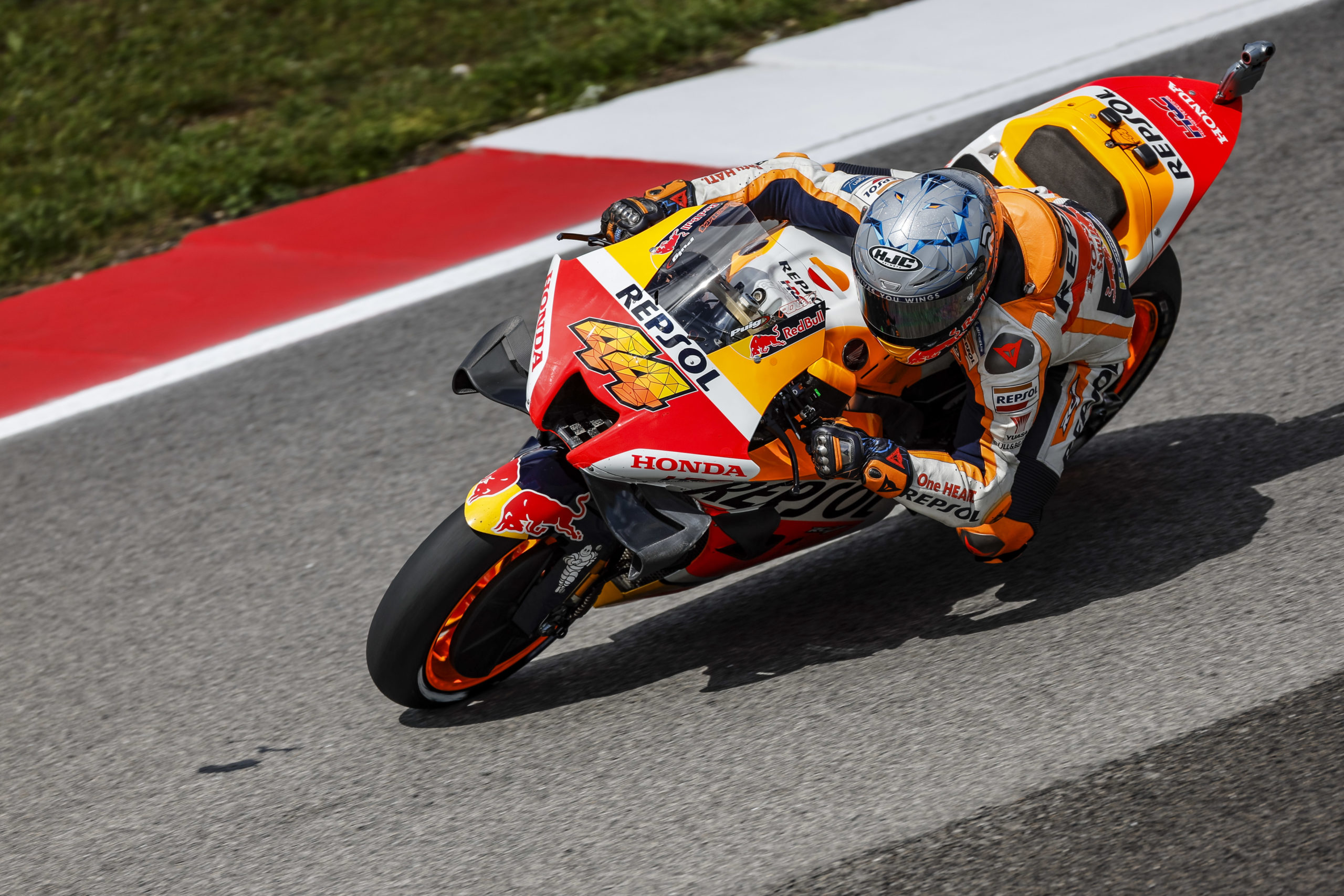 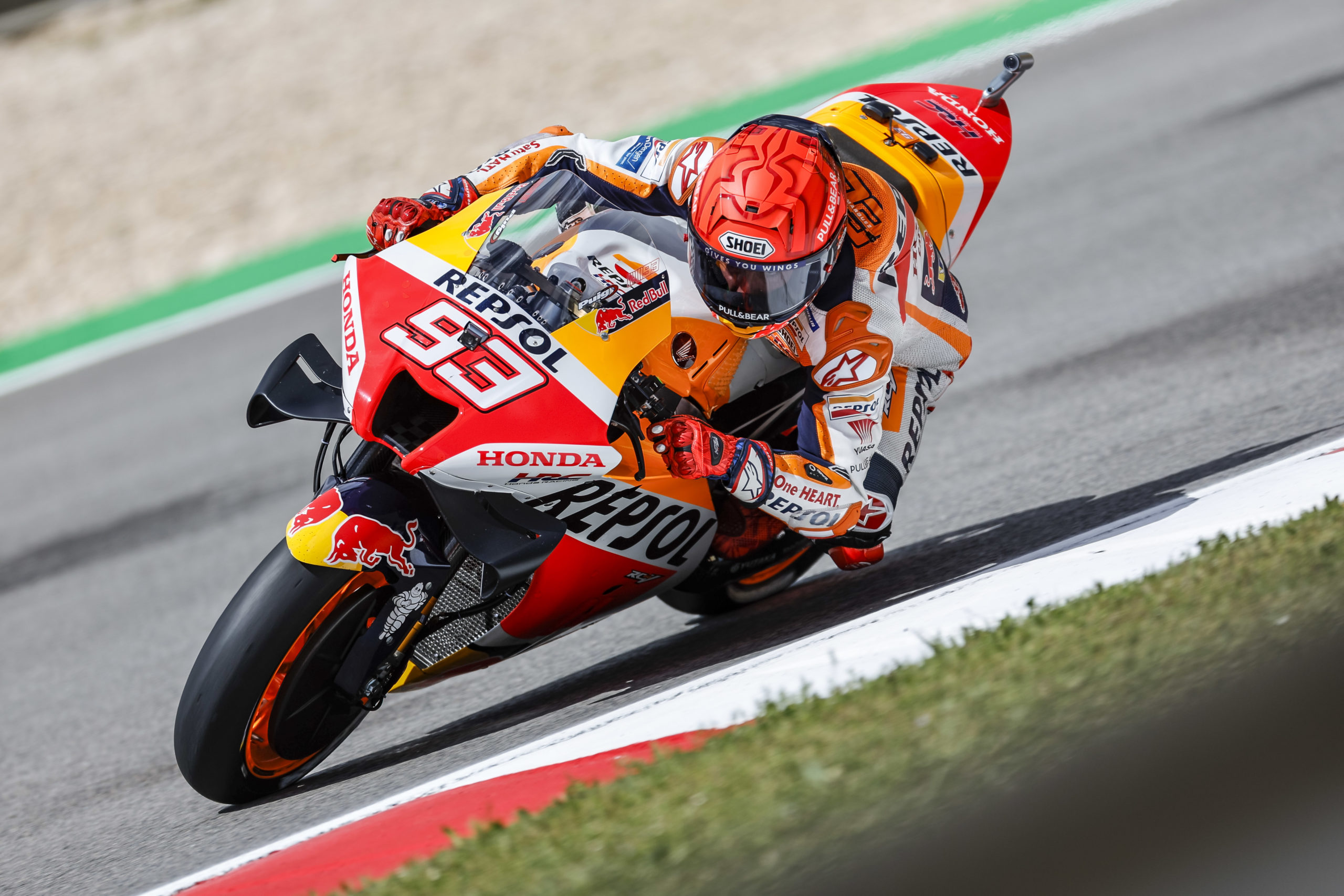 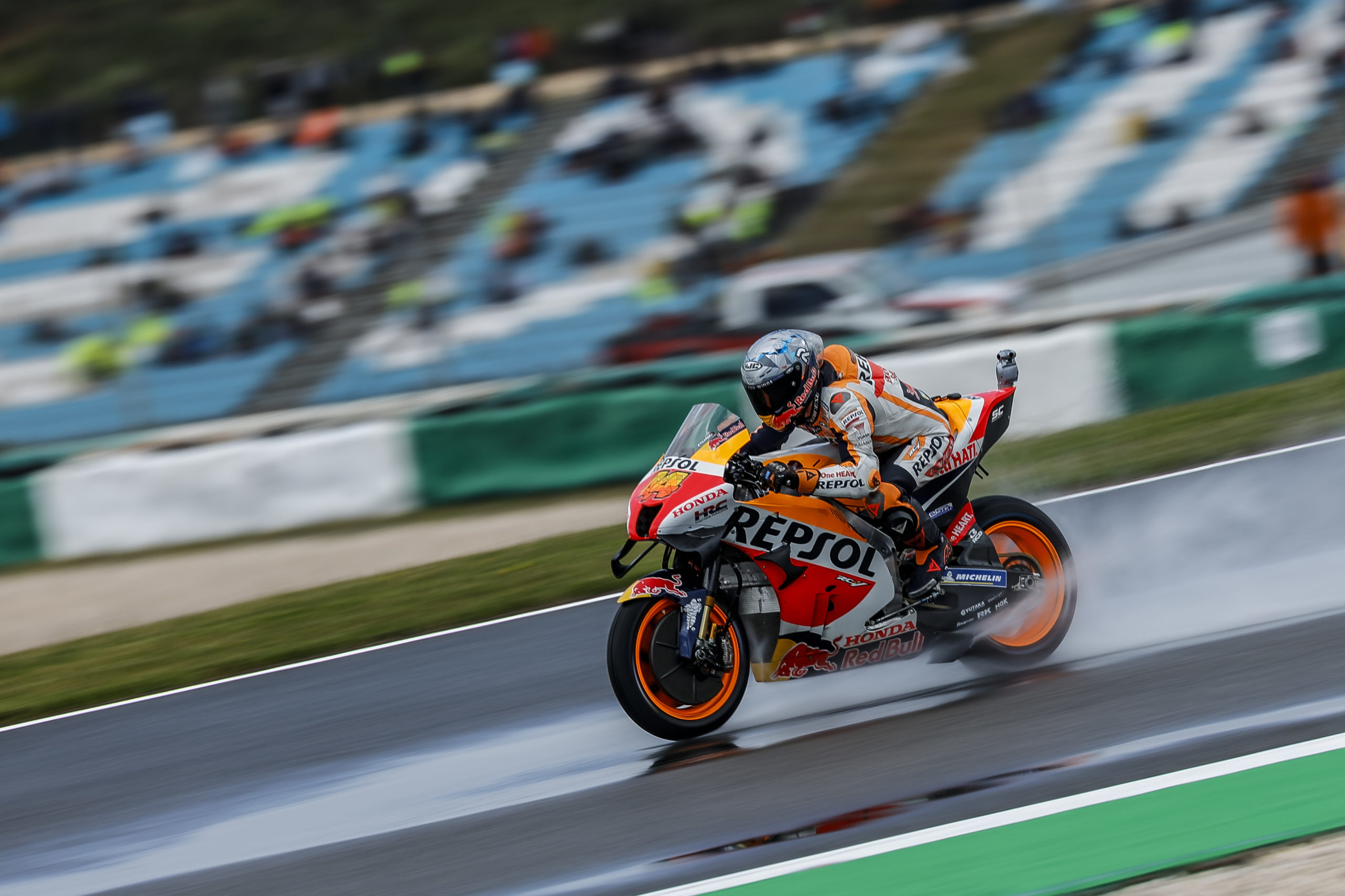 "Today we were unlucky with the yellow flag, I was waiting until the last moments to push and do my fastest lap because I knew that the track would keep improving. But these things can happen, today it impacted my lap time but tomorrow it could affect another rider. The most important point is that the speed is there even if the result was not and we start ninth. Of course, it’s not what we would like but it could be worse. Tomorrow in Warm Up we need to understand the level and try to understand tyre choice, setup and a few other things. No one really knows who is fastest or what will happen in the dry."

"It was a difficult situation for everyone, but I think we had good speed today and I think our position was on the second row, maybe in fourth or fifth. I made a mistake in the last corner, and I went over a wet patch and lost the front right at the end. It’s a pity because we were getting faster, and the conditions were improving and then I missed the last chance where all the other riders improved. We had a real opportunity to be on the second row tomorrow, but we missed it, tomorrow is the race and all we can do is go for it. The bike is feeling good and tomorrow morning we have an opportunity to keep working on it before the race."