Marc Márquez was back onboard his Honda RC213V on Friday at the Circuit of the Americas in Austin, Texas. The Repsol Honda Team rider returned from injury and was attempting to regain his feeling with the bike to start the latest round of the season.

In FP1, Márquez led the way for part of the session, finishing fifth. In the afternoon run, he continued to improve his pace and his feeling. He was riding at one of the tracks where he has achieved the best results and, with a best time of 2:03.041, he set the sixth fastest time of the day, which takes him provisionally into Q2.

Pol Espargaró had a hard day in Austin. In the first session of the day, the Repsol Honda Team rider went sixth fastest, despite having suffered an early crash from which he escaped unharmed.

In FP2, Espargaró achieved a best time of 2:03.438, which placed him in twelfth position. Tomorrow he will have to improve his times in the morning to make the cut for Q2, and thus avoid having to go through Q1 to decide his position on the starting grid for Sunday. 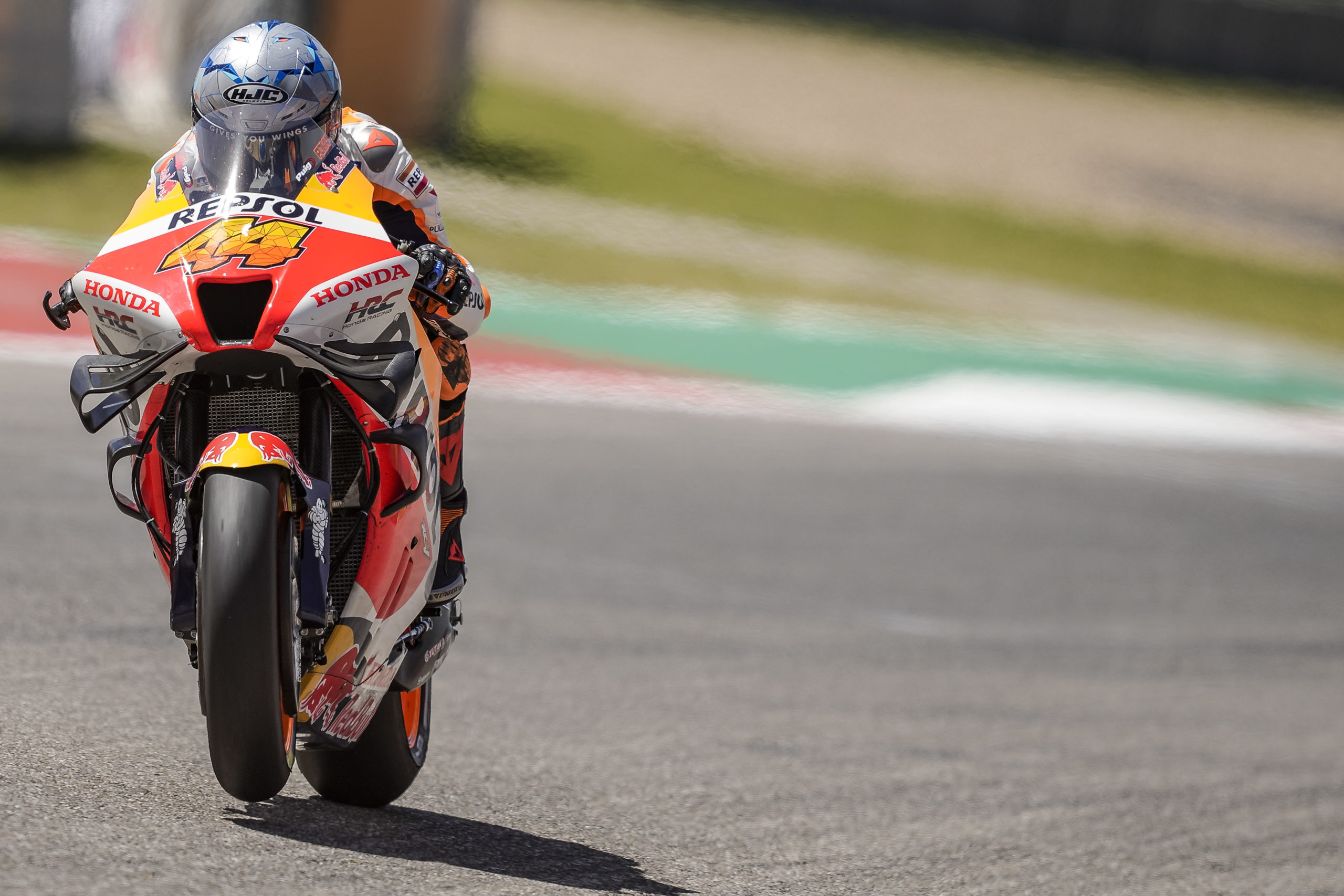 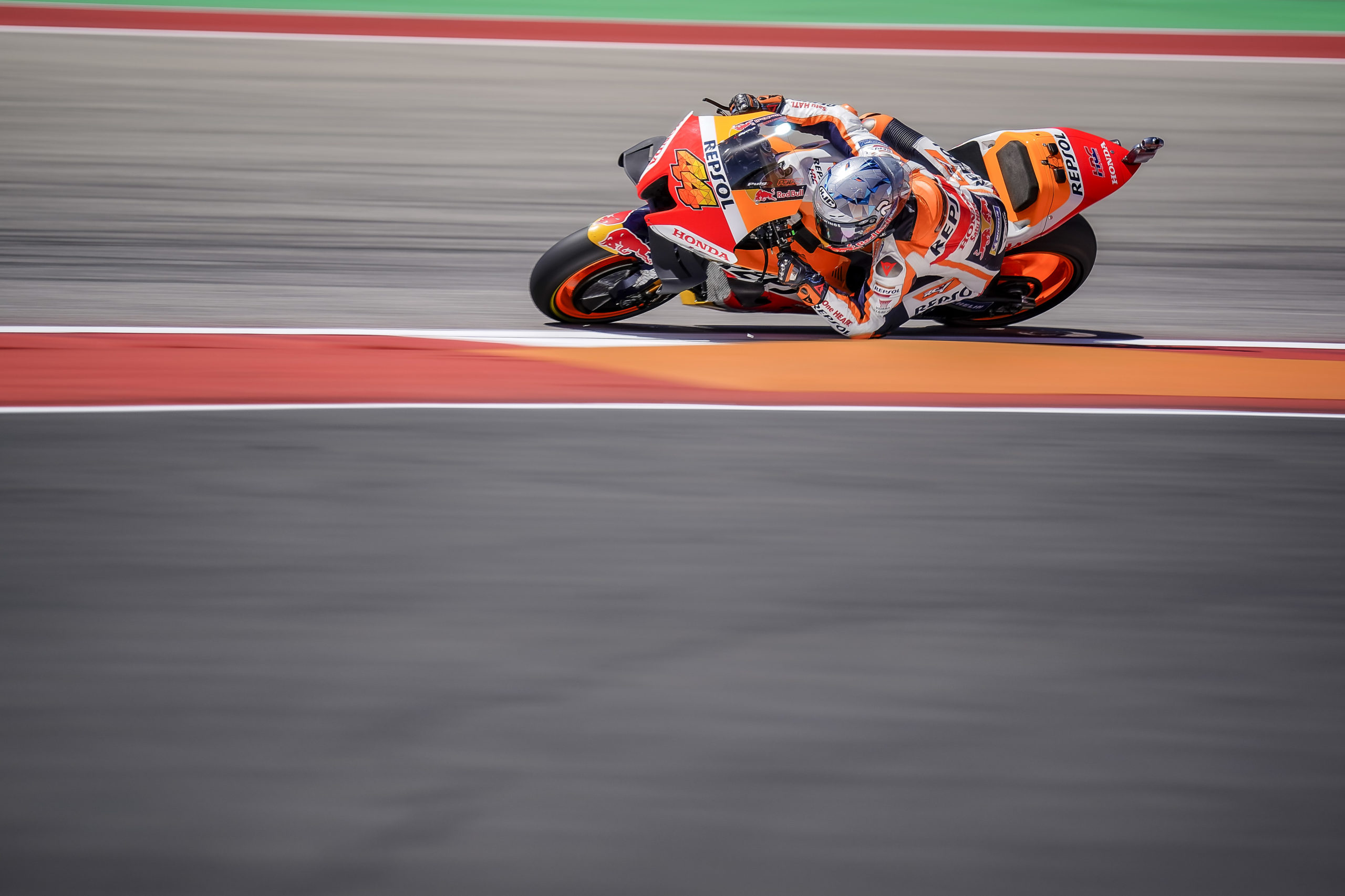 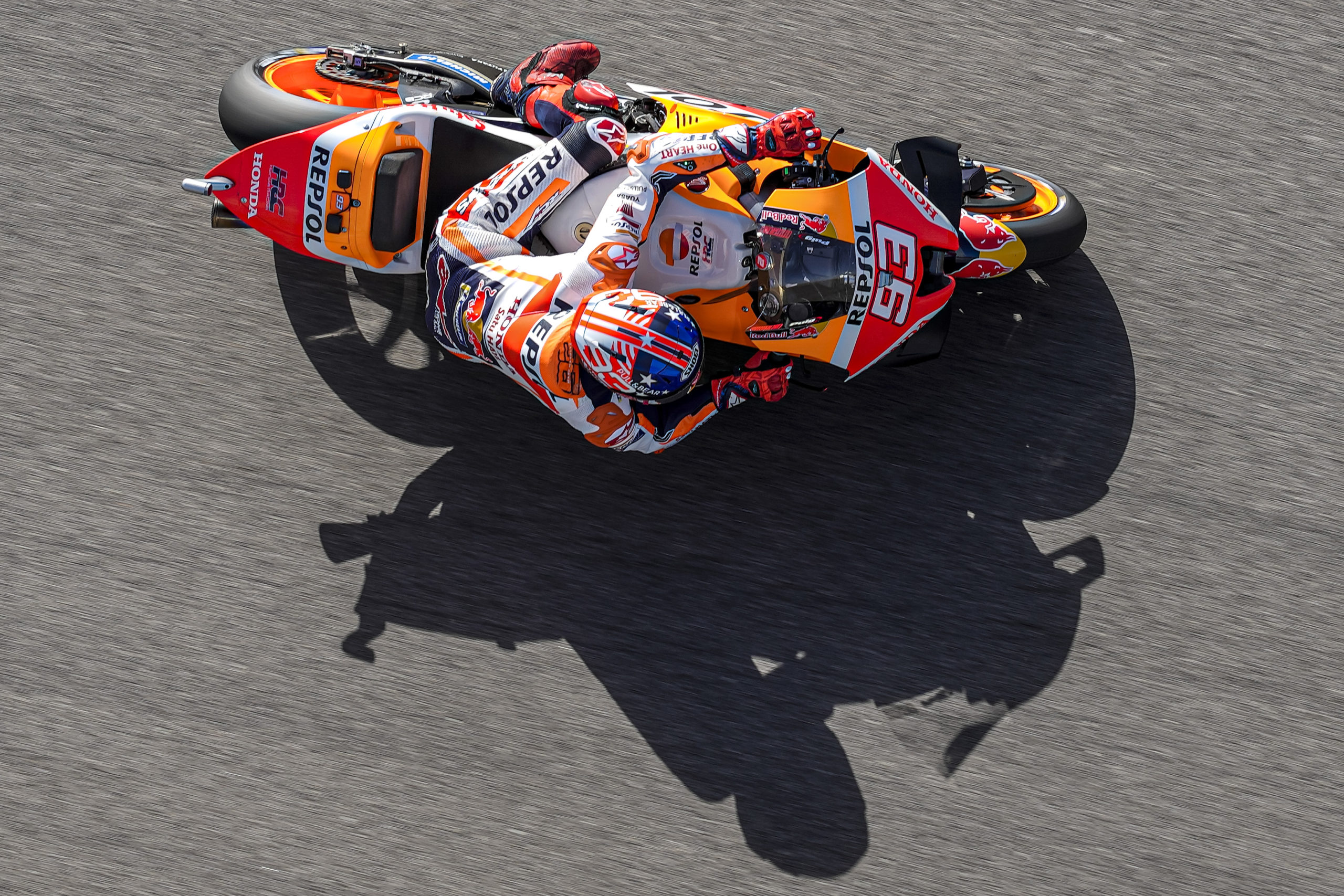 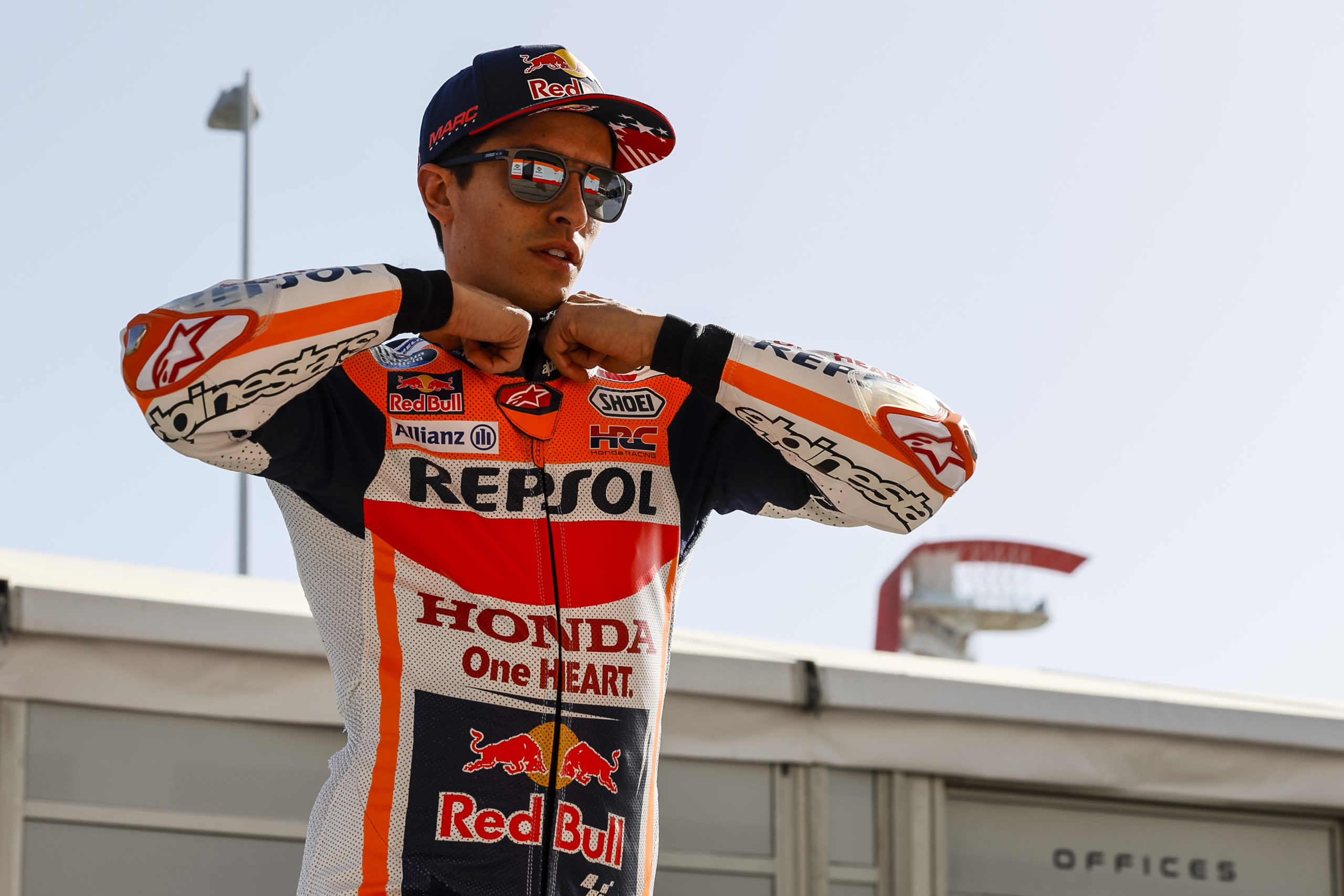 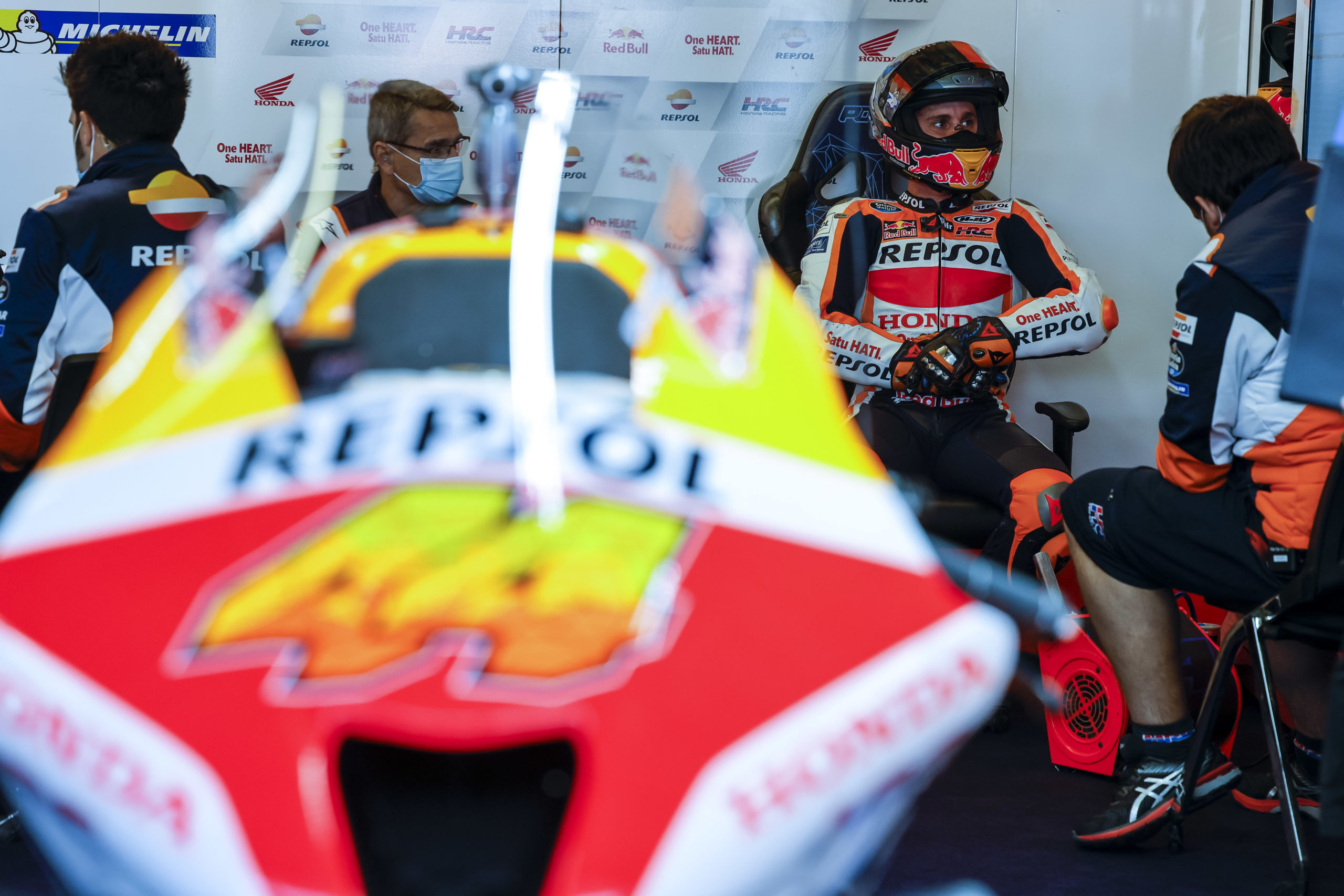 "It’s of course nice to ride again but it was not a simple day. Our focus today was on me, about getting my feeling back and working with the team to see where we are and what the situation is. We have some good speed it and from tomorrow we will start to work for the GP. I mean, work more on the setting and getting closer to the limit rather than having a day to focus on myself. Physically I am okay after today but we were not pushing as much over longer runs, we are looking to be fresh for the race."

"Today was a really tough day, I am not feeling well and I have no power because I have a lot of pain and upset in my stomach. In the morning it was OK but for the afternoon session I was finished, I tried sleeping between sessions to help. The bike is performing well and there’s a lot of potential, but I have no strength. This is maybe one of the most difficult tracks to have a problem like this at because it is so physical. The plan is to head straight to the hotel and rest as much as possible before tomorrow. We need to put together one fast lap for Qualifying but there are many people who will be strong over a lap."