Three-quarters of the Austrian GP were contested in dry conditions, but late rain obliged the majority of the MotoGP field to make a change of bike for the wet.

Marc Márquez got off the line well, starting from fifth on the grid. He was soon amongst the leading group and, after spending much of the race in third position, worked his way up to the front.

With the Repsol Honda Team rider in the lead and with only four laps to go, rain began to fall at the Red Bull Ring, forcing many riders to change bikes as quickly as possible. After he headed into the pits, the eight-time World Champion suffered a small crash when fighting for the top positions. Despite this, he rejoined the race to place 15th.

Pol Espargaró was unable to make a good start, which relegated him to 16th on the first two laps from 11th on the grid.

After the rain appeared, the Repsol Honda Team rider was one of the last to change his bike and finally crossed the finish line 16th, just behind his teammate.

After the Austrian Grand Prix, Márquez occupies 11th in the overall standings with 59 points. Espargaró is 15th with 41. 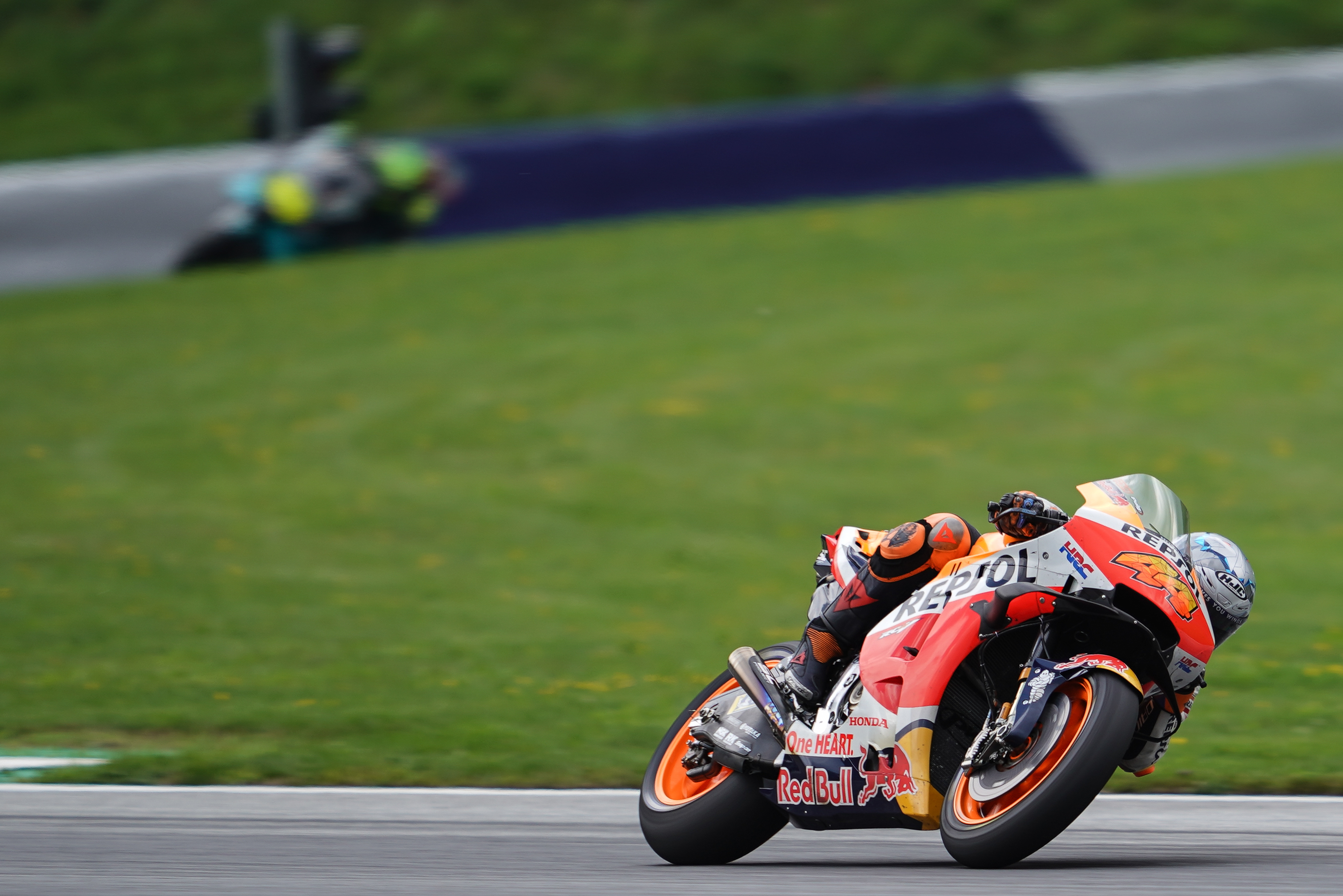 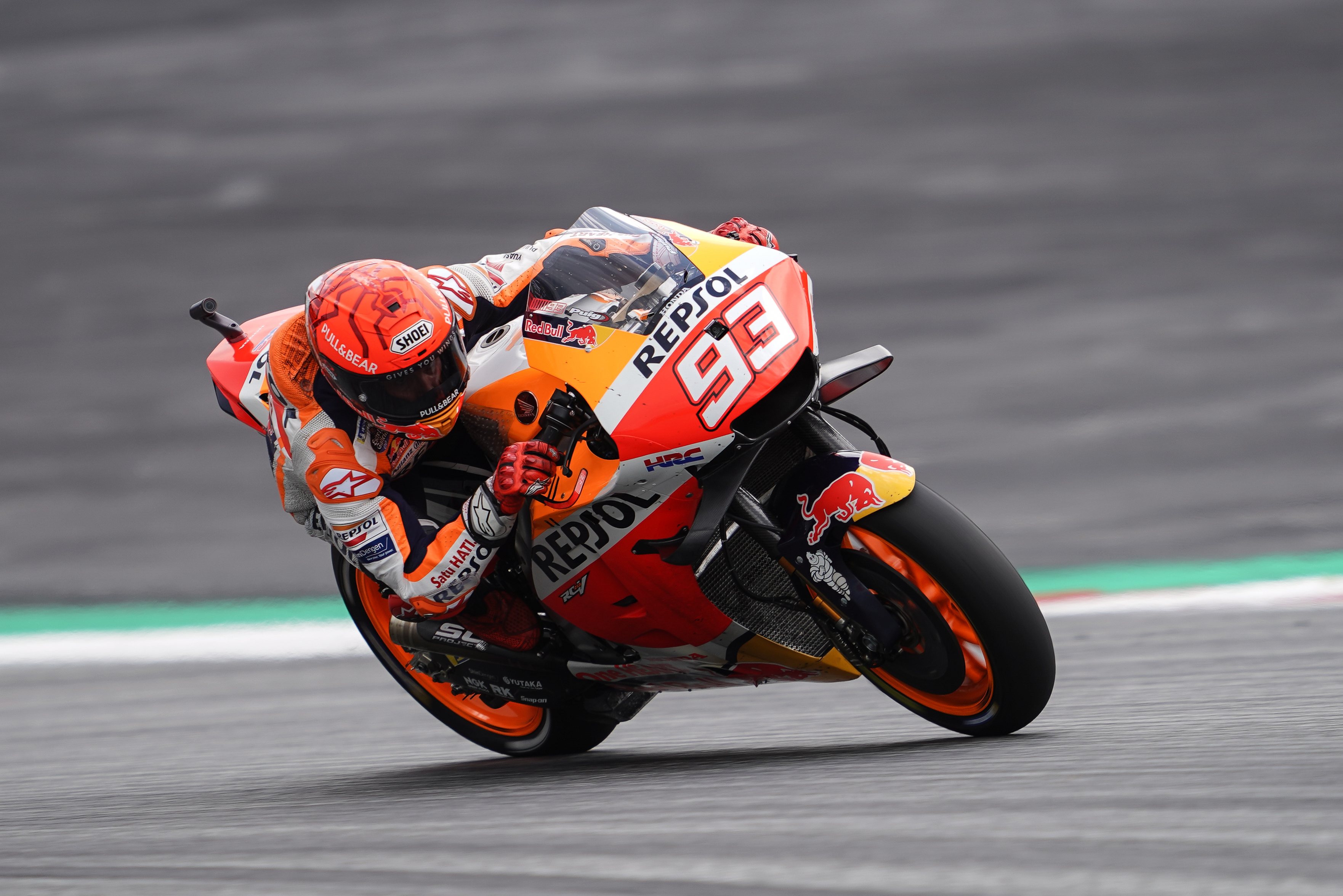 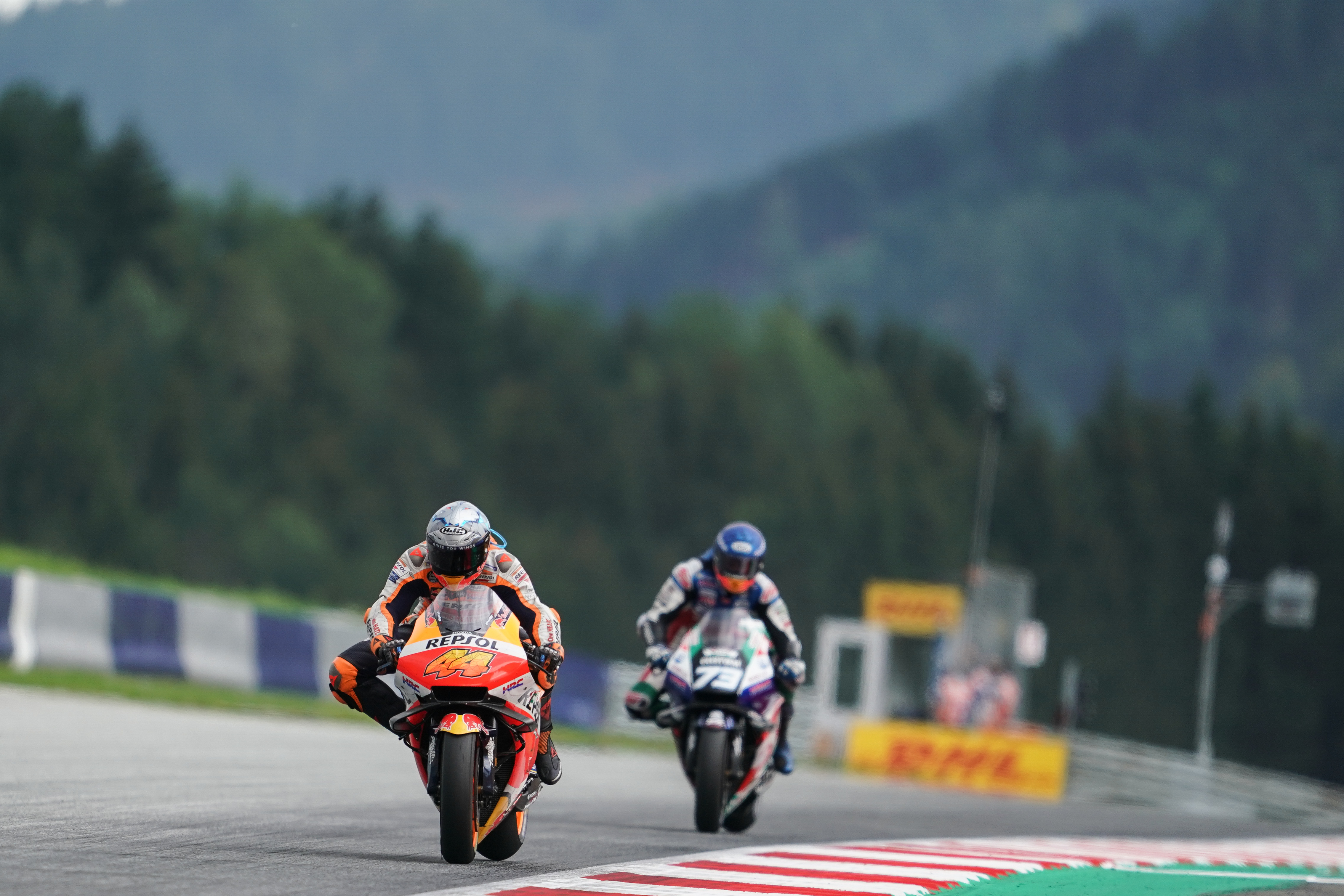 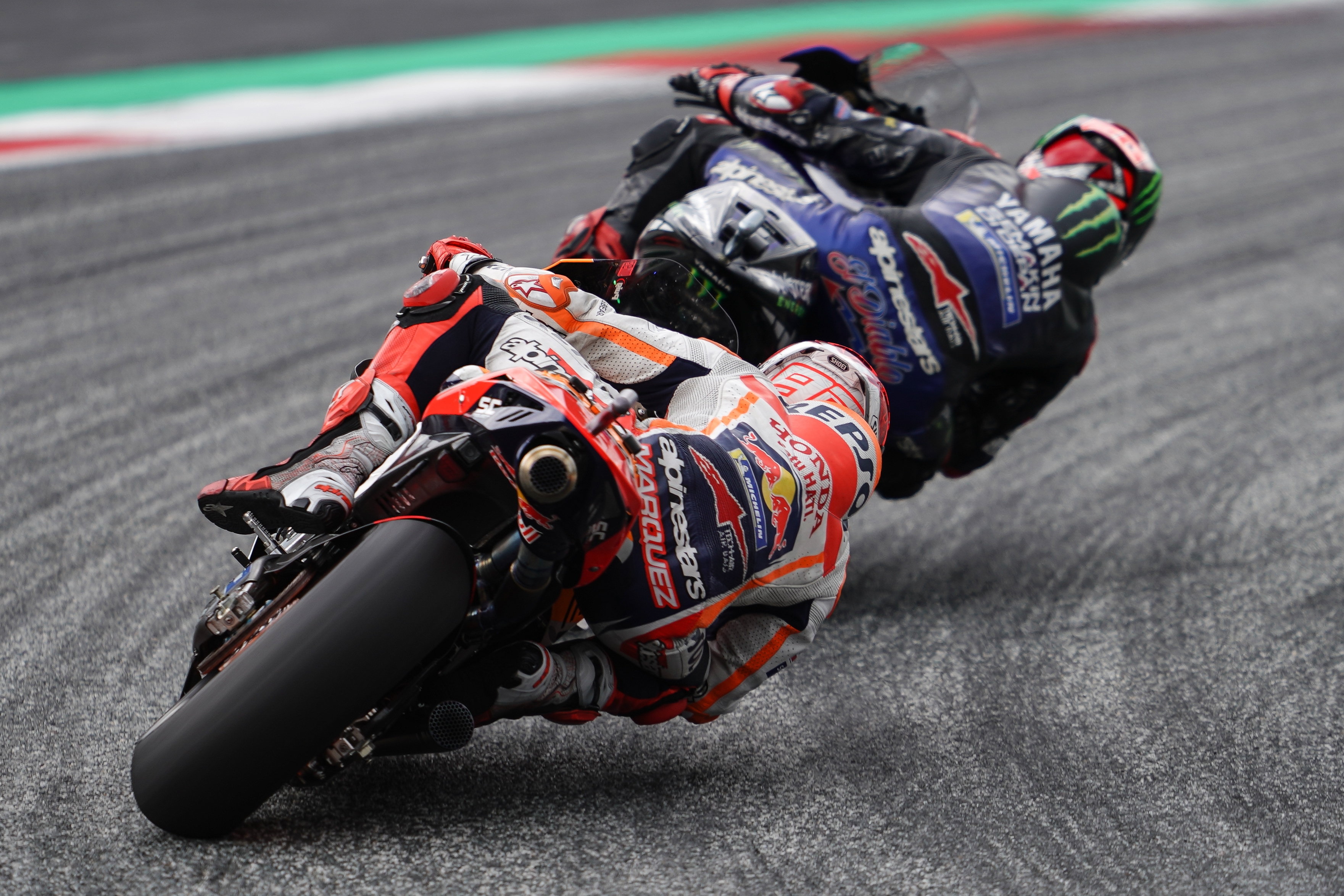 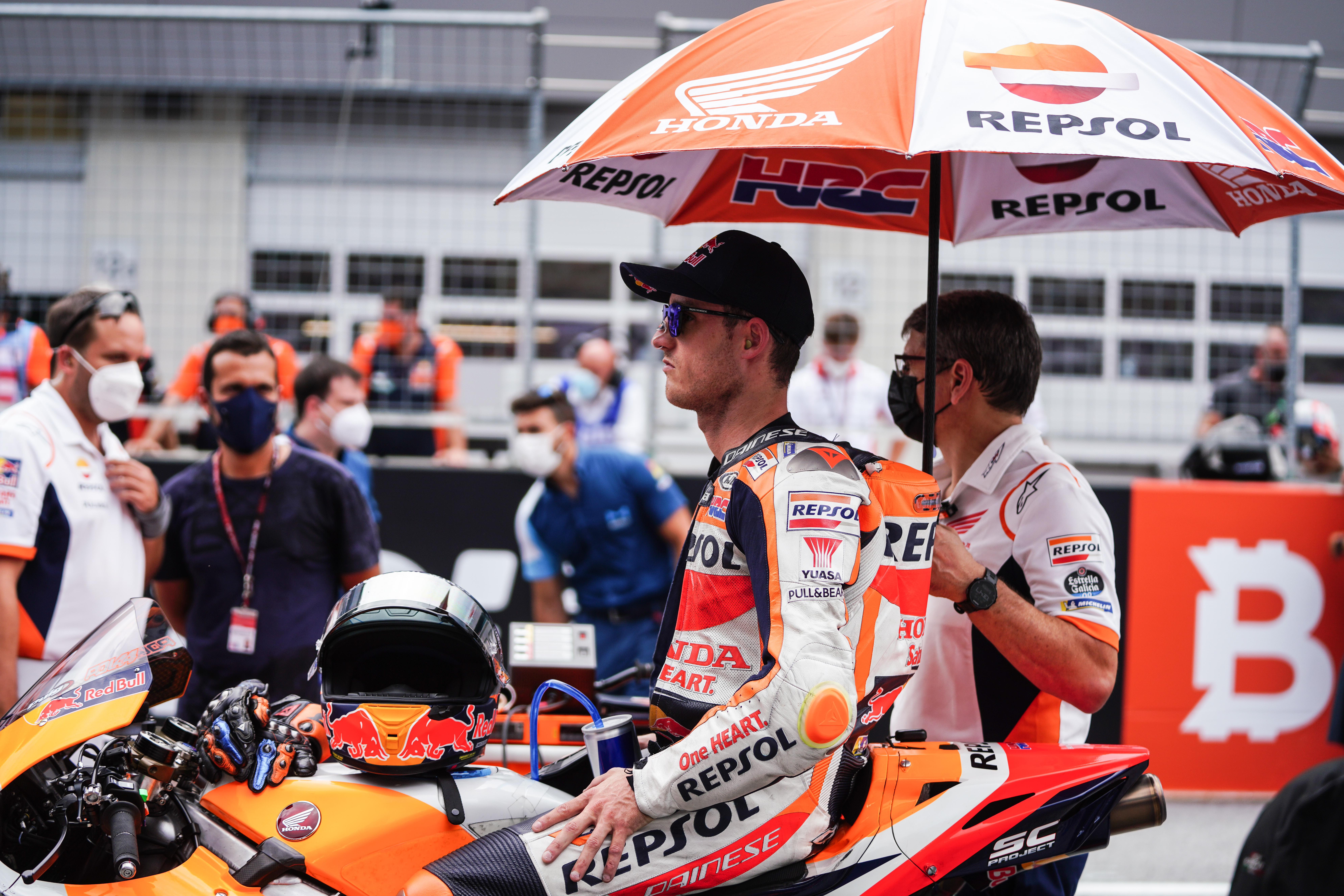 "In the situation we are in this year, I prefer to fight for victory or with the top riders in the dry than to even win a wet race or a flag-to-flag. So today I enjoyed the race a lot, I really felt competitive, and we were right there and able to fight. Pecco was riding really well, but I was with him and at the end I felt something special. Before the race it looked like the rain could help me, but finally it was the opposite! We made a big step this weekend but there’s still more we need to find. We struggled here last weekend, we understood why and we improved. I am happy about today’s race, it’s only one point but I really enjoyed getting it. This is my best Sunday of the year."

"It was a disastrous race. I had nothing with the bike, no grip and I was just spinning the whole race. Different race, different day but the same result. My riding style isn’t suiting the current situation and for sure I’m working to improve it. In practice our pace isn’t bad, in the top ten, but then when we go to the race with different rubber on track – I lose the grip and the pace I had after five or six laps. It’s not enough and I’m not satisfied, but now we move to Silverstone and see what happens."