A sunny day greeted the MotoGP riders for the seventh round of the season, completing the first third of the 2022 campaign.

Marc Márquez, who began the race from tenth on the grid, took the chequered flag in sixth place. After making a good start, the Repsol Honda Team rider was able to maintain a consistent pace and, on several occasions, reduced the gap to the Top 5.

With this result, he picks up 10 points in the standings, scoring for the fourth consecutive race. Pol Espargaró also managed to finish inside the points, after crossing the line 11th. The Repsol Honda Team rider, who started the race at Le Mans from 11th, had to contend with several problems and avoid crashes suffered by other riders.

Márquez is now in 10th position in the overall standings with 54 points, and Espargaró is 12th with 40. 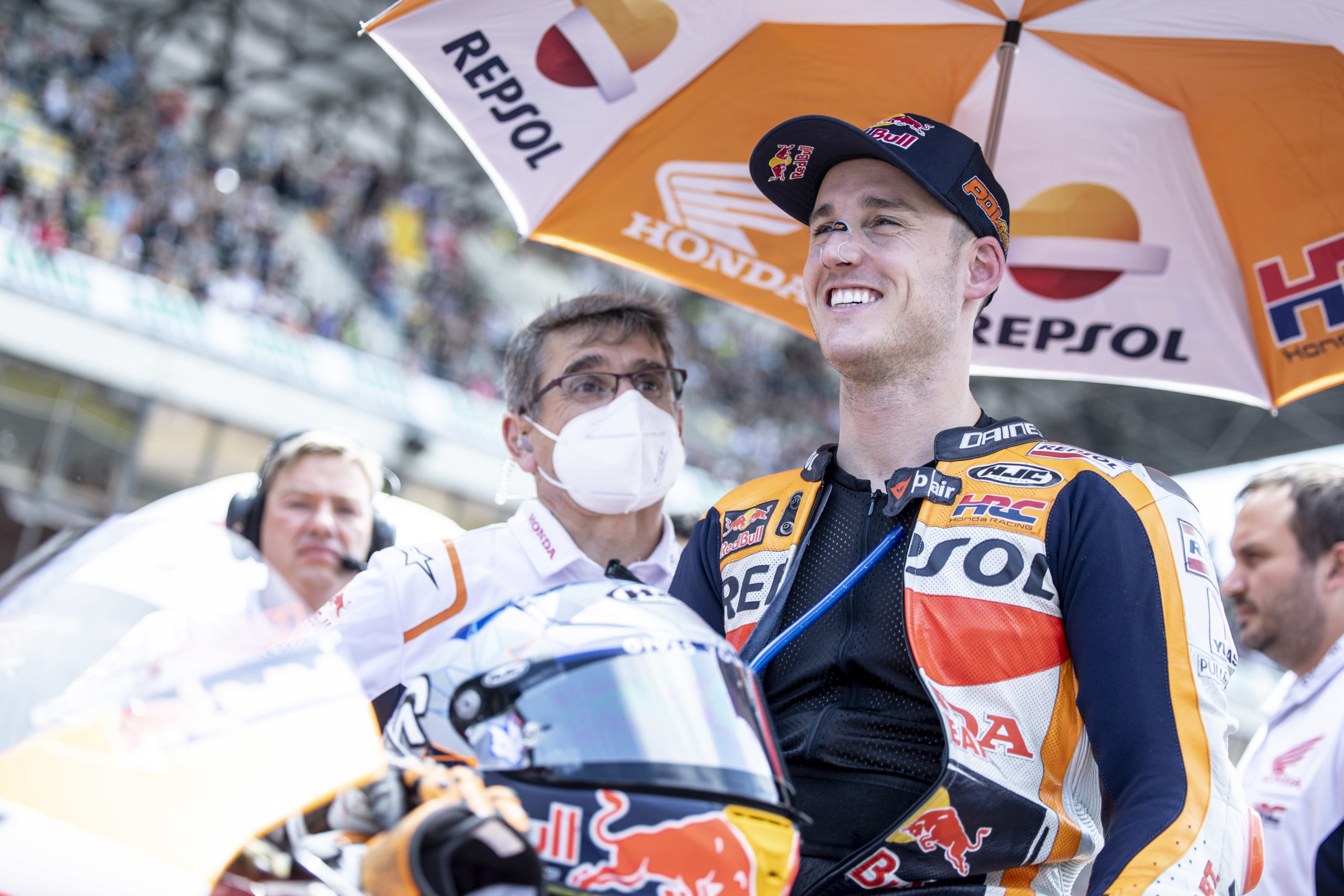 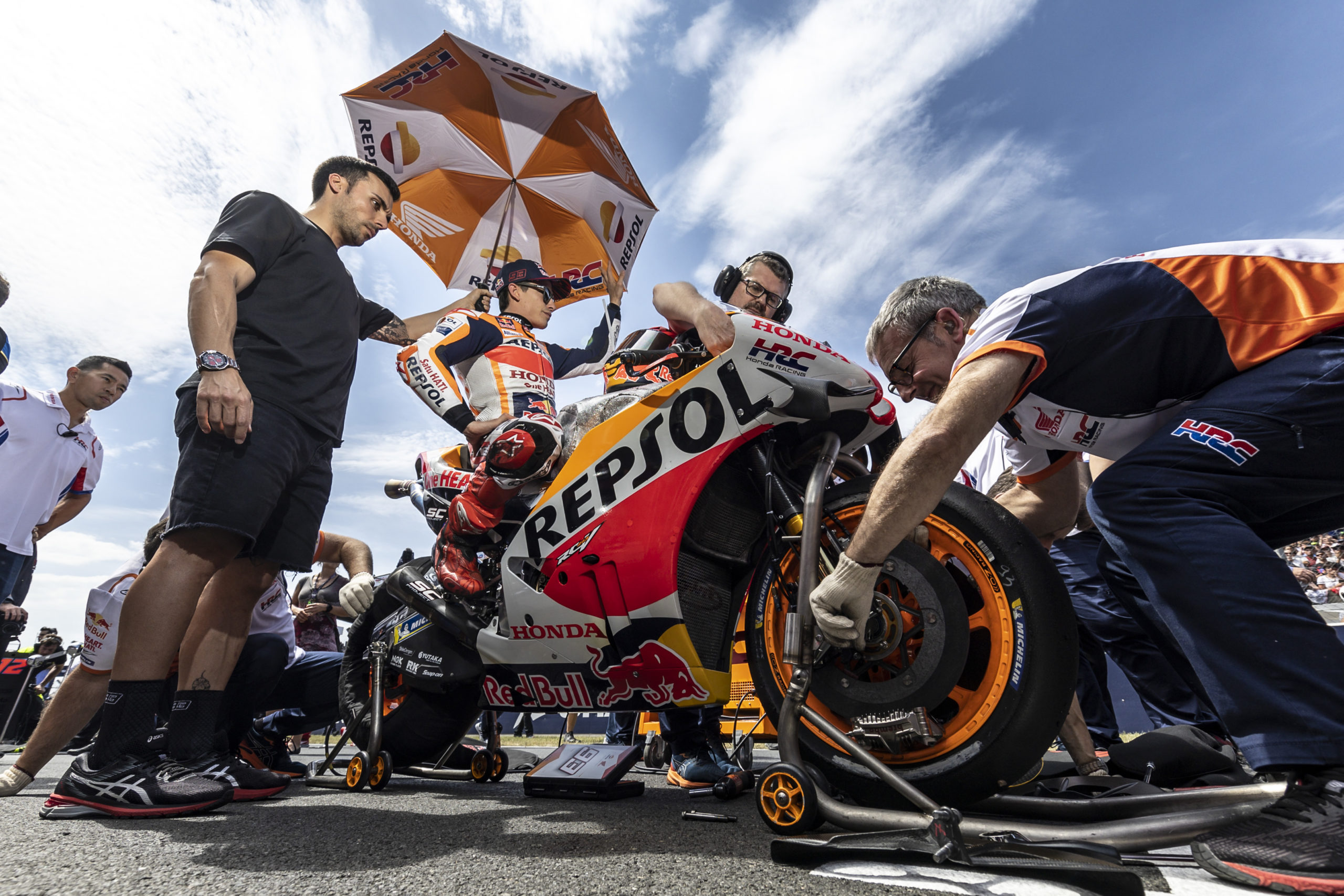 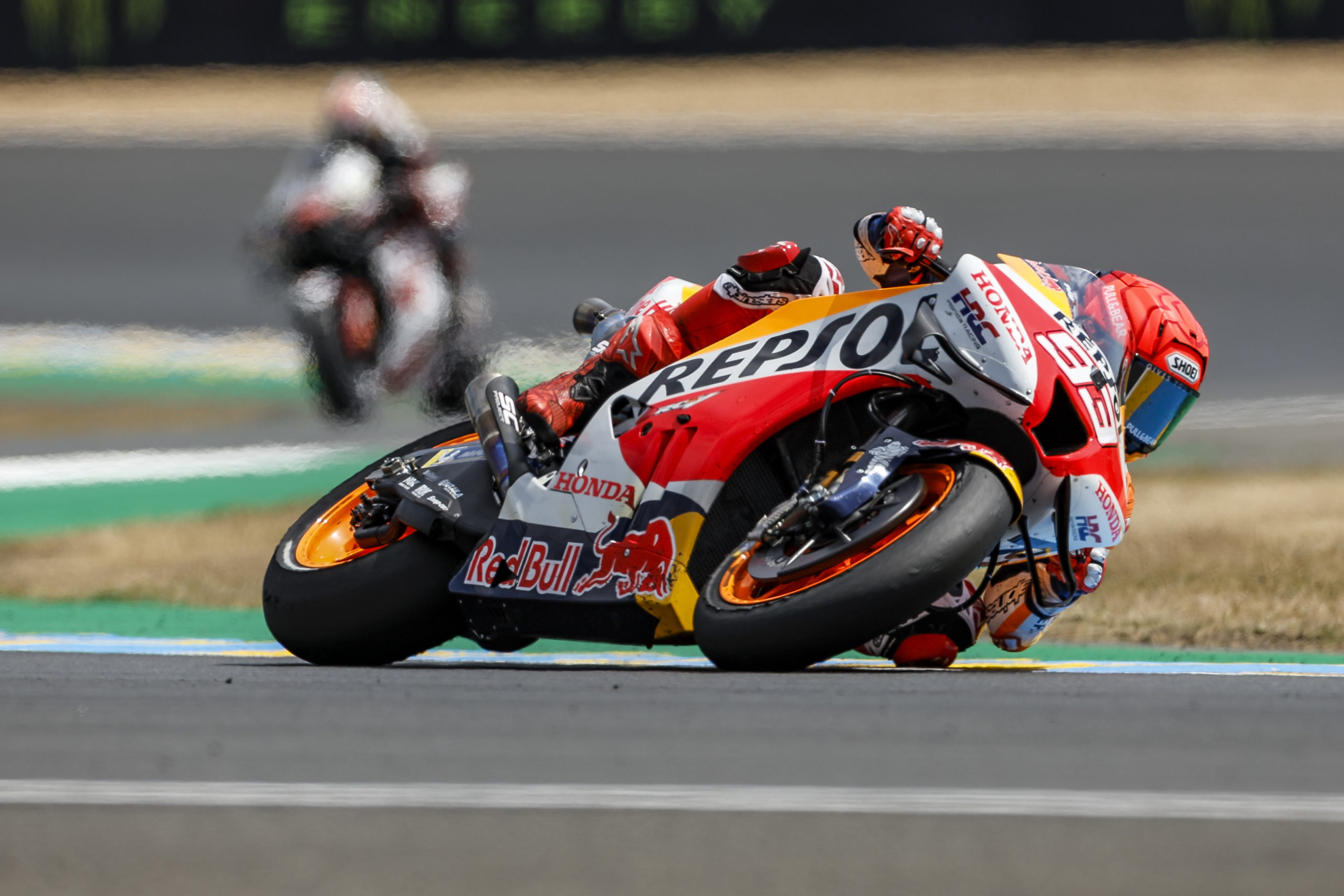 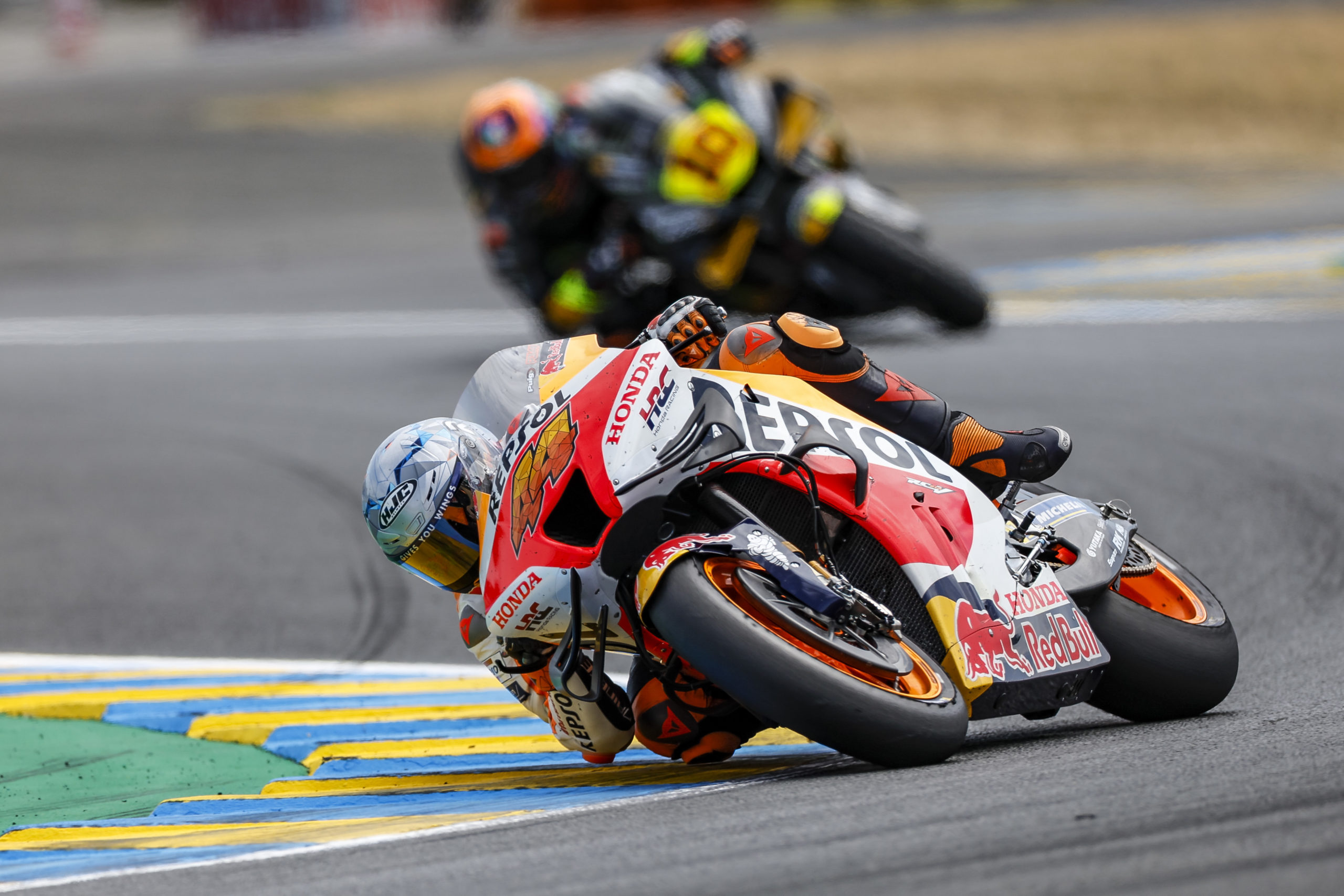 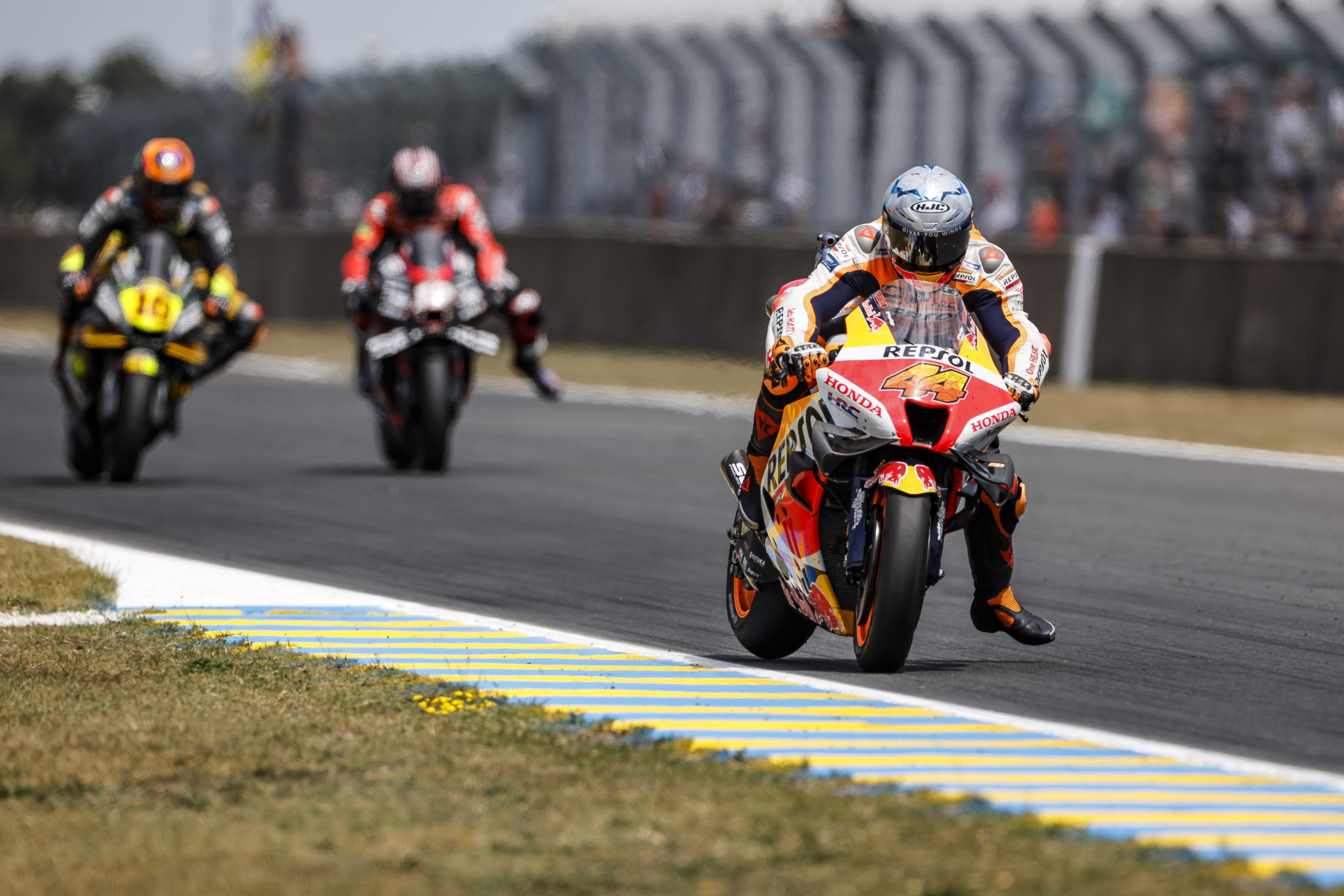 "I said yesterday that with a good race our position would be fifth, sixth or seventh and we finished sixth – even if our real position was ninth because there were some falls. It was a solid race at our pace, but it was a really long race and I wasn’t able to push towards the end. All we can do is keep on working, that’s the best way to improve for the future. My target is not just to be finishing as top Honda, it’s to be finishing on the podium but we are not there yet. There’s still more to understand in the next races to close the gap to the front."

"It was a really, really hard race. I think this weekend has confirmed where our problems are and what we need to work on. Our rhythm was not amazing, it was OK, but we weren’t able to overtake as we were losing some time under acceleration and then when I tried to overtake on the brakes, the others were too far. It’s a difficult moment but we keep on trying. Myself as the rider and Honda, we are all working a lot to resolve this situation. In the pre-season we were able to solve these problems so we know it can be improved on."