Starting from pole, Marc Márquez lost four positions after the first lap of the Austrian GP, but quickly regained the lead of the race on Lap 9. With Dovizioso in hot pursuit, the Repsol Honda Team rider pushed to open up a gap for the pair over the chasing pack.

In a second half of the race, Márquez and the Italian exchanged places on several occasions, as the fight raged until the last corner -with the Spaniard finally crossing the finish line in second place.

The Austrian GP podium is the tenth of the season for the Repsol Honda Team rider, who continues to lead the overall standings with a 58-point advantage.

Starting from 21st position on the grid, Stefan Bradl made a great comeback at the Red Bull Ring to claim points, taking the chequered flag in thirteenth place. 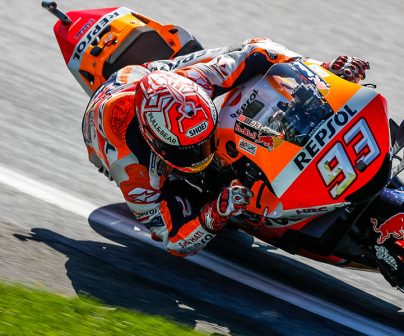 Márquez becomes rider with most poles in premier class history

I’m happy because today we made a mistake with the rear tyre, immediately I saw all the soft tyres had better grip and even their consistency at the end was better than us. Even like this I tried because I’m Marc and I need to try!

The second place is good, we missed in the last corner with a lot of sliding but Dovi did an incredible job. Still we are able to leave here with a 58-point lead so we will keep continuing like this. Even when we are not in the best shape, we are able to finish like this which is positive overall.

The target was to finish in the points after a difficult weekend for me, especially with qualifying. So to finish in 13th is quite a good result considering we started from the back of the grid and had the weather against us this morning.

We weren’t able to test what we wanted to in Warm Up due to the rain so being in the points is a happy end. Thanks to the Repsol Honda Team for all their support during these races and to HRC as well, we have achieved a lot.