Raceday for the Japanese Grand Prix saw the first completely dry conditions since Friday, and despite the lack of data for such circumstances, the Repsol Honda Team managed to achieve positive results, with Marc Márquez fourth and Pol Espargaró twelfth.

Márquez started from pole position for his 150th MotoGP race. Whilst he would lose the lead on the opening corners, the eight-time World Champion did not lose touch with the leading group. During the 24-lap race, he and Miguel Oliveira fought for fourth position, with Márquez finally winning out.

Espargaró had a good feeling on his bike and managed to remain in the Top 10 for much of the race. The Repsol Honda Team rider got a great start in which he managed to climb three places. Then, despite being overtaken by other riders, he remained in the group, which allowed him to battle until the end for twelfth place.

With these results, Márquez is fifteenth in the overall standings with 73 points, Espargaró sixteenth with 47.

The next round of the season takes place next weekend at Buriram, Thailand. 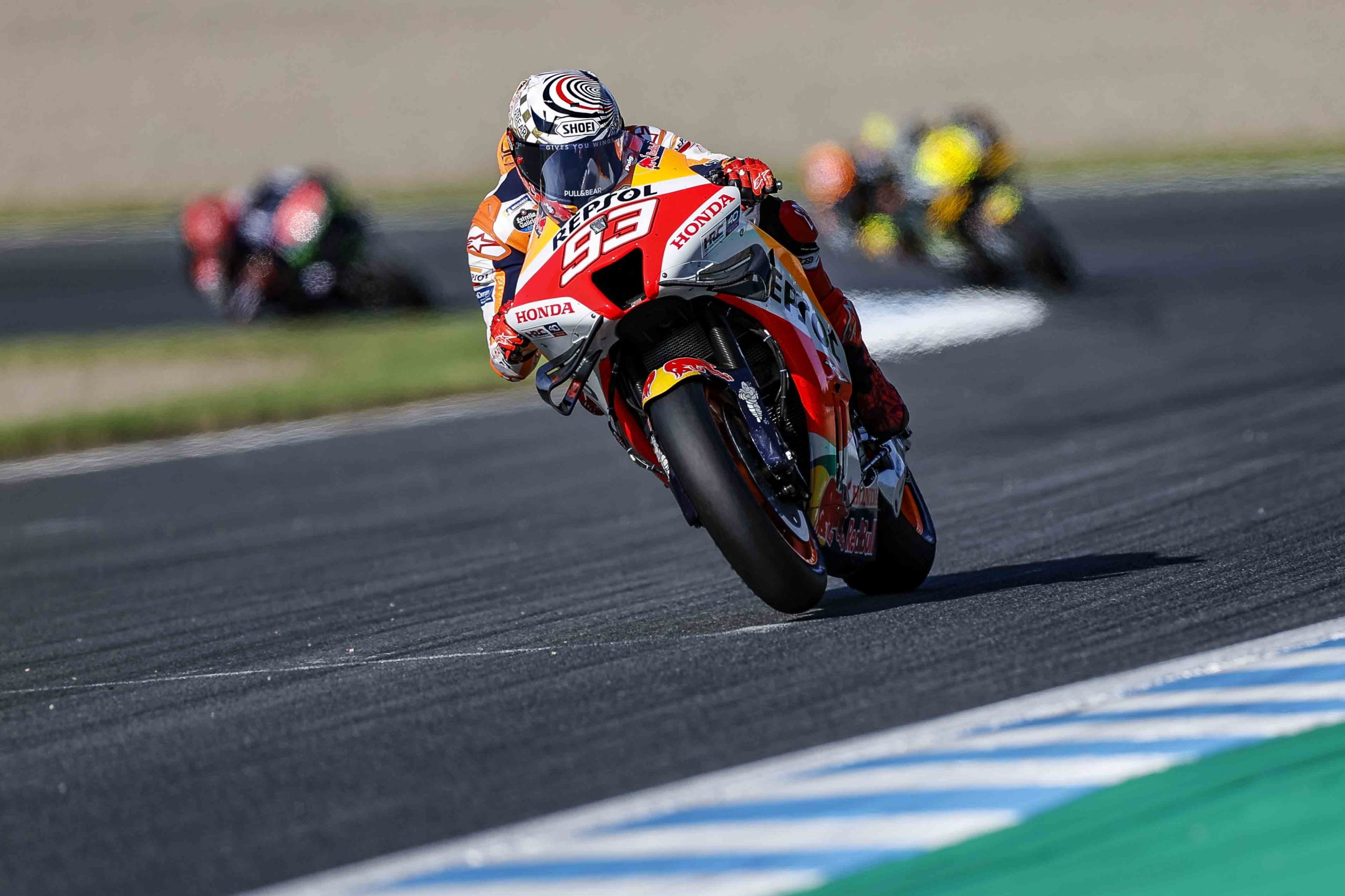 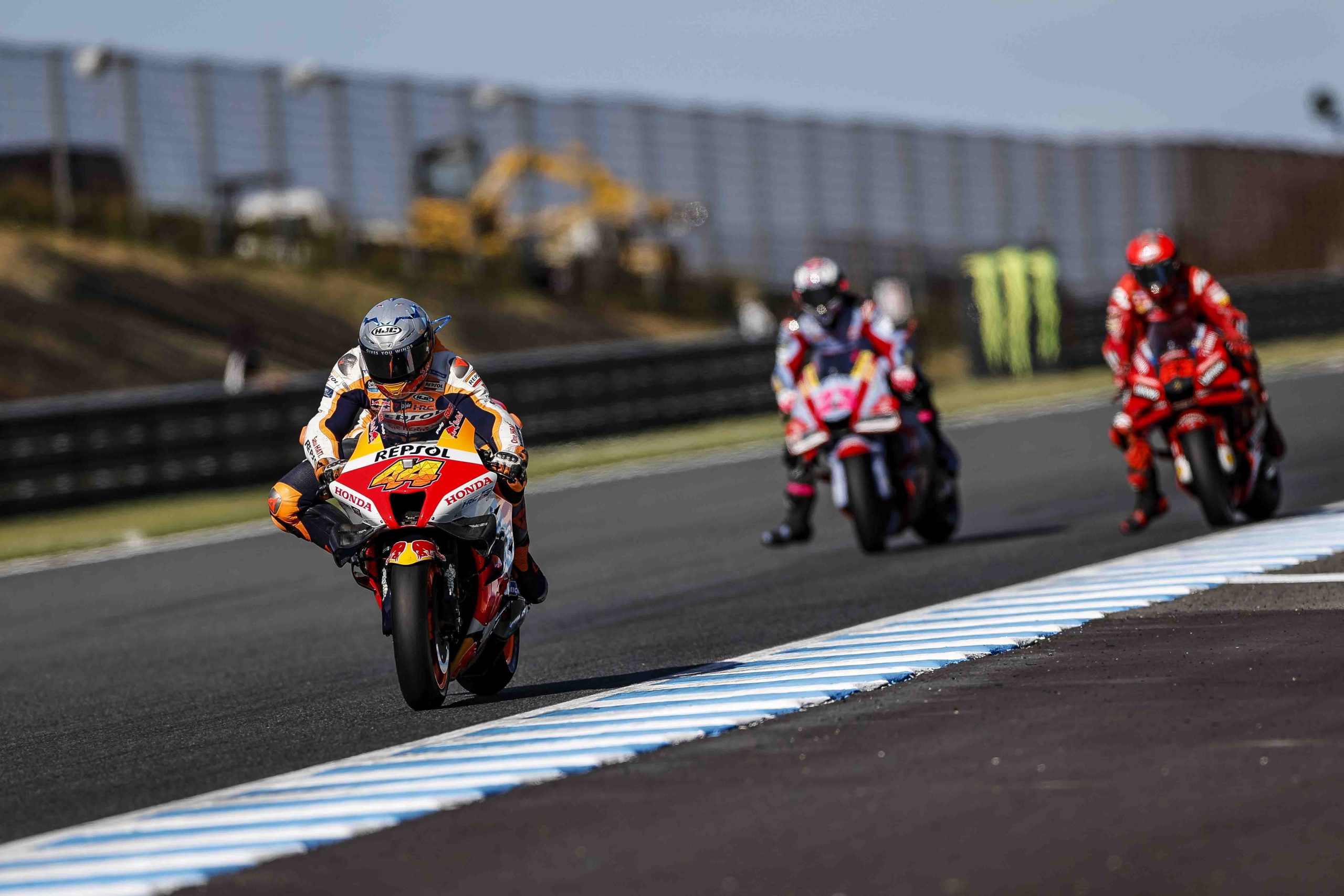 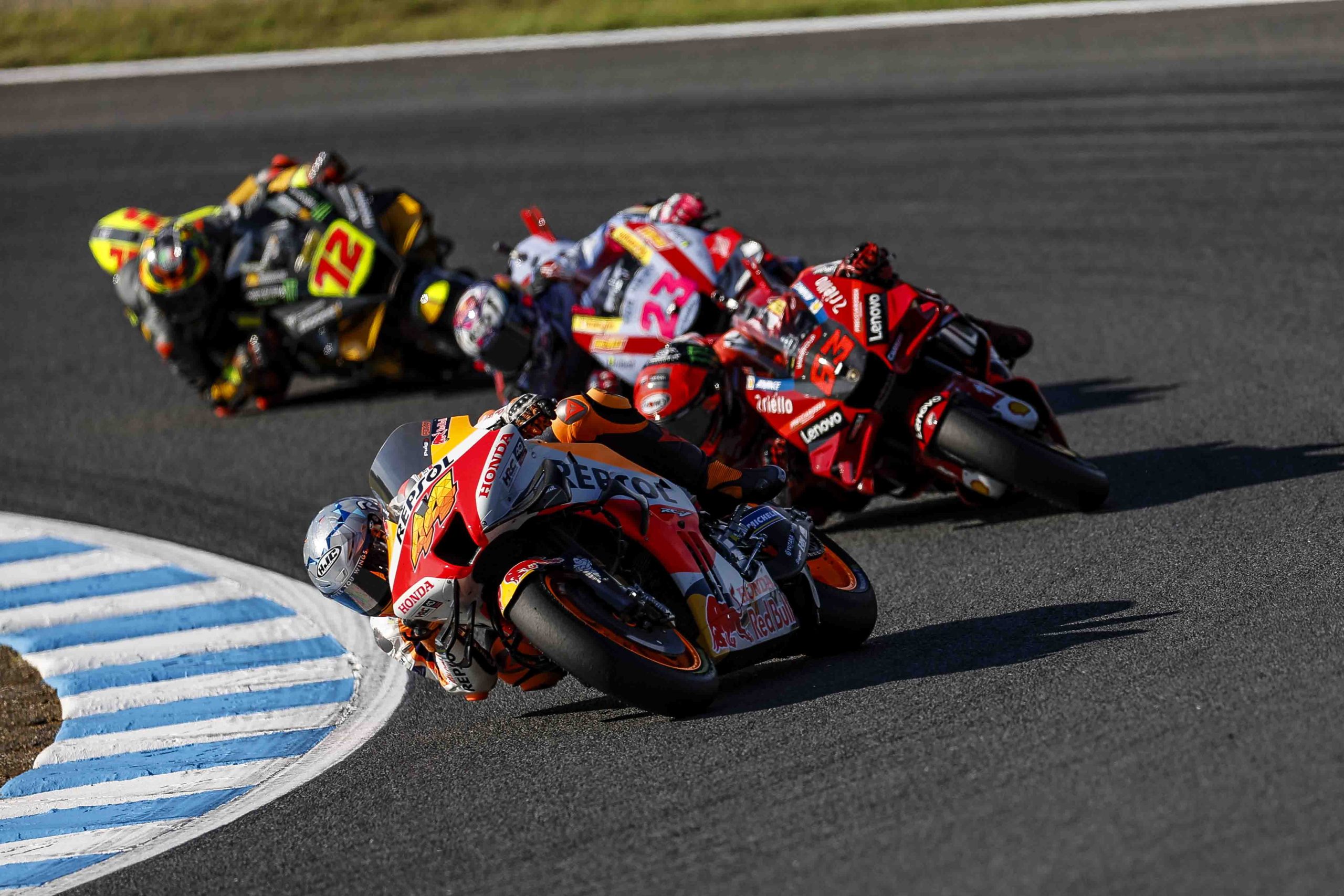 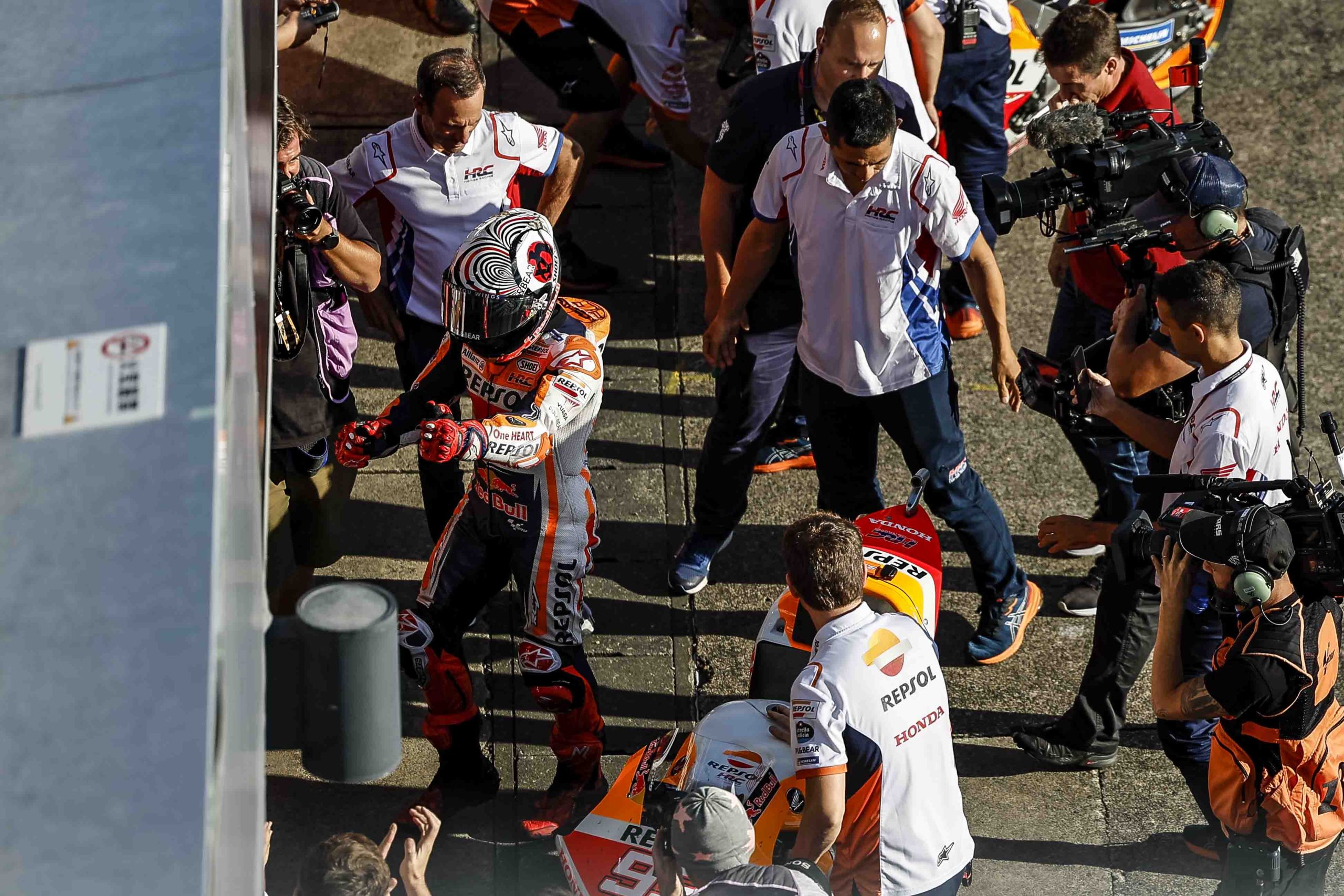 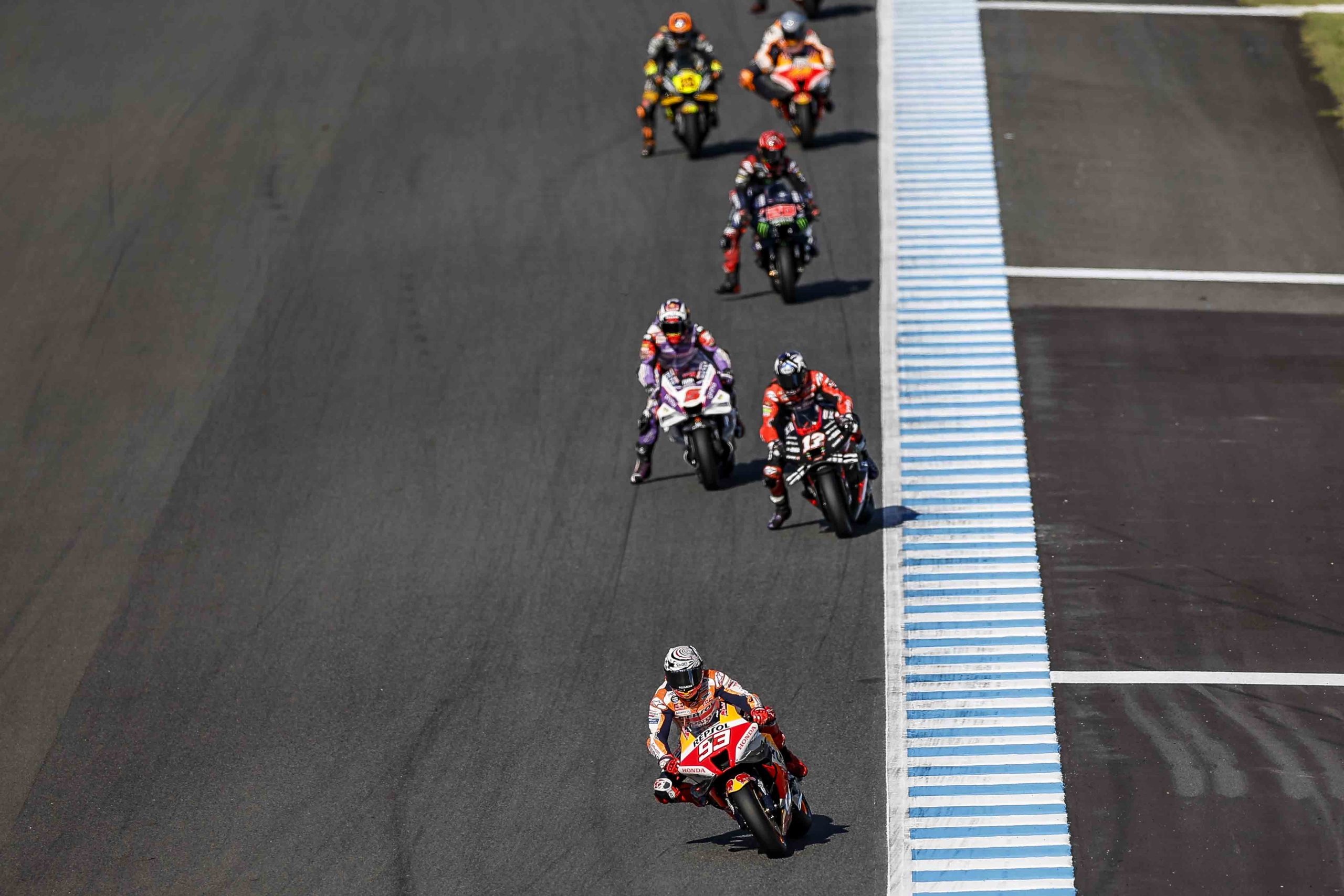 "I am very happy with how the whole weekend has gone and we were able to put together an exciting race in the end. Most importantly it was a productive weekend and overall, it was a lot better than we were expecting. It was an important race because it is the first I have finished since my operation so it was a good test of the arm and also in this area we've been able to learn. Of course I would have liked to finish higher, but being realistic it was a good result and I was able to maintain my rhythm and then attack in the last laps. I want to say thanks to Honda and the Repsol Honda Team for helping me to put together a good weekend. Also thank you to all the Japanese staff who came this weekend, it was a pleasure to see everyone again. Now we go to Thailand!"

"I was feeling good in the first laps honestly. I was behind Quartararo and I felt like I was faster than him, I just couldn't get close enough to pass him and I didn't want to risk anything. After six or seven laps behind him the performance dropped a bit and allowed some riders to get past me so I lost my rhythm a bit. My tyres dropped and I started to struggle more. But it's important to focus on the positives, and today we were strong at the start. It is an improvement over Aragon and we will try to make another step next week."