After four races, Marc Márquez leads the standings with 70 points from a possible 100, thanks to victories in Argentina and Jerez and a second place in Qatar.

One year ago, the current MotoGP World Champion took the win in France, the third of his career there. He has also been victorious at Le Mans in 2014 – in MotoGP – and in 2012 – in Moto2-.

Jorge Lorenzo is a six-time winner at the French track: Five times in the premier class and once in 250cc. 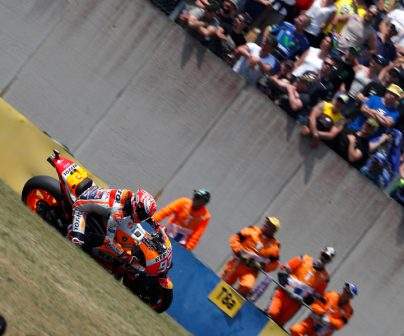 We had a very strong weekend in Jerez and a productive test but this is MotoGP and we must always keep working. Le Mans can be a tricky GP, especially with the weather so we must be prepared for any conditions. Last year I was able to win here but we always face a lot of opposition.

After a tough weekend I am pleased to be able to get back on the Honda without too much time between races. In the past, I have gone well in France but we will need to see how this weekend goes. The test we had on Monday after Jerez was productive and importantly I was able to get more time on the bike which should help us to understand and improve.