The manager of these trucks in the World Championship is "Gelete" Nieto. We spoke with him to learn what these rooms are like on the inside.

All standard rooms and suites have a similar design #MotoGP

Is a GP room a mobile space? In other words, is it always the same truck that goes from GP to GP?

In fact it is. They are the same GP rooms that travel throughout the twelve Grand Prix events held in Europe.

Does every rider have it designed according to his or her preferences to feel at home?

No, all standard rooms and suites have a similar design. They don't change depending on which rider stays there. They have a very modern design, and they also include a fridge, a Playstation, among other things. It's like a hotel except food is not served, but riders are more than welcome to bring their own.

Which GPs do the GP rooms travel to? Are there cases when it is impossible to take them to any of the GPs?

We only take them to the GPs that are held in Europe. It would be impossible to transport them by boat to other locations throughout the world and make sure they arrive on time. The riders choose other types of accommodation for those Grand Prix events. 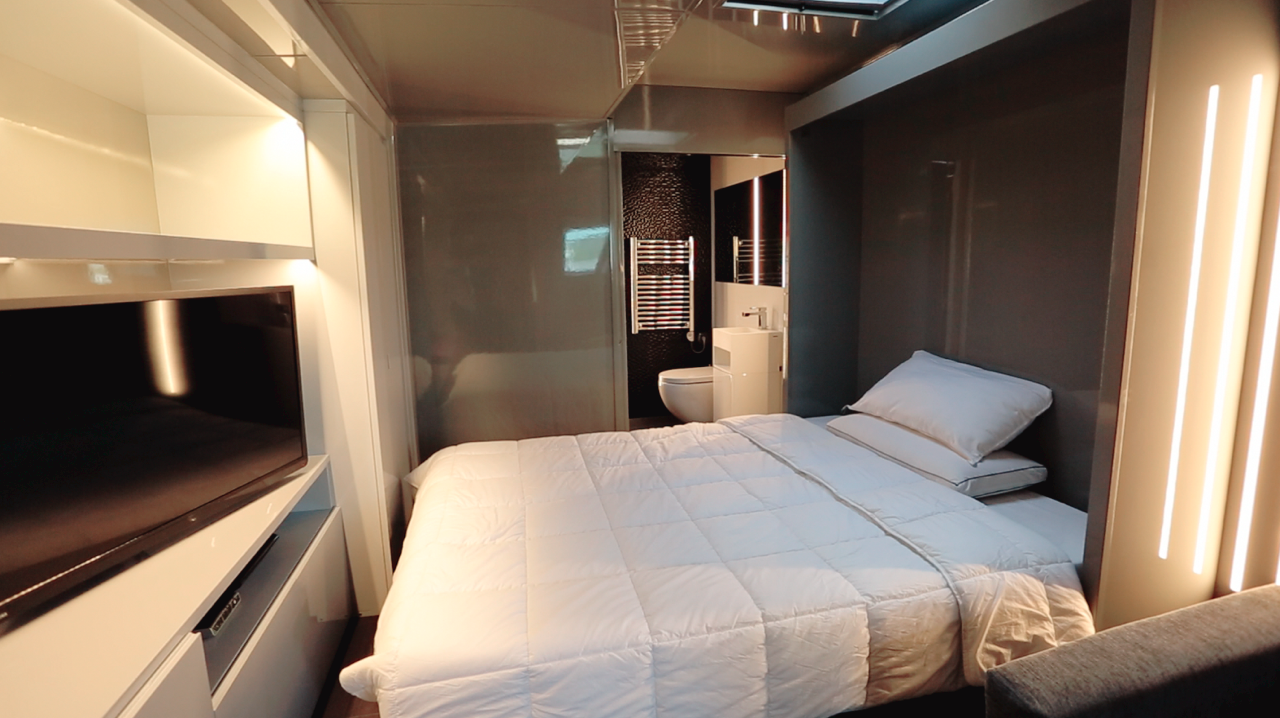 How many GP rooms are there in the paddock?

There are four hotel-trucks with 18 rooms total. One with six standard rooms, two with four suites and one with two suites and two standard rooms. Next year, we'll probably add a fifth truck since there are new riders who have shown their interest in this service.

Can any of the riders stay there?

Yes, the rooms are for riders from any of the three categories. No distinctions made. However, we do make distinctions regarding motorhomes. Only MotoGP riders can have their own motorhome.

No, it's not allowed. Only occasionally with a friend or family member, since we obviously wouldn't deny accommodation to them. Now, this is not recommended given that GP rooms are designed, basically, for one person only.

When were these types of spaces first used in the World Championship?

Six years ago. For example, Dani Pedrosa and Marc Márquez have used them since then, since our first year. It was an idea we had, and we immediately made an agreement with Dorna. Currently, there is no other service like this one. As an interesting fact, the abbreviation "GP" doesn't come from "Grand Prix" here, but it actually comes from Gelete and Pablo.