Everything started going better in 2013, the year Marc Márquez made his debut.

Hello Gonzalo, thanks for having us! First of all, just so the Box Repsol fans can get to know you better, could you tell us a bit about your trajectory as the director of the circuit in Cheste, which is such a MotoGP classic?

Of course! As you know, I've been in my current position since 2012, which you may remember was not the best year for our economy. The crisis was still in full swing, and since the circuit was 100% owned by the Valencia Regional Government, there were some difficulties with the budget. On top of that, the World Championship had already been decided before the GP, and furthermore, it rained. Luckily, everything started going better in 2013, the year Marc Márquez made his debut and fought for his first championship in MotoGP. Ever since 2013 we've managed to sell out tickets every year except in 2014, when we reached 96% capacity.

What improvements have you made to the circuit during this time?

Our main goal is to take care of the fans, who are the most important people in this equation. With that in mind, we started introducing new elements and making improvements: picnic areas, areas in the shade, we landscaped the car parks, and we painted the entire building along with all the entrances to make it more appealing. We also planted trees and made improvements to company boxes and public areas. All in all, we've done a lot to improve the fans' experience. We've been following this plan over the past five years and it's given us very good results.

What other events are held at the circuit during the year?

The Ricardo Tormo circuit is more than just the home of the Valencian GP. We also host two events of the FIM CEV Repsol International Championship, a regional championship, plus we have “La Cuna de Campeones”, the prestigious school for motorbike riders. As this shows, we are deeply committed to motorbikes and our strategy revolves around two wheels. We also host two events that we produce ourselves: Racing Legends and the Valencia Nascar Race. 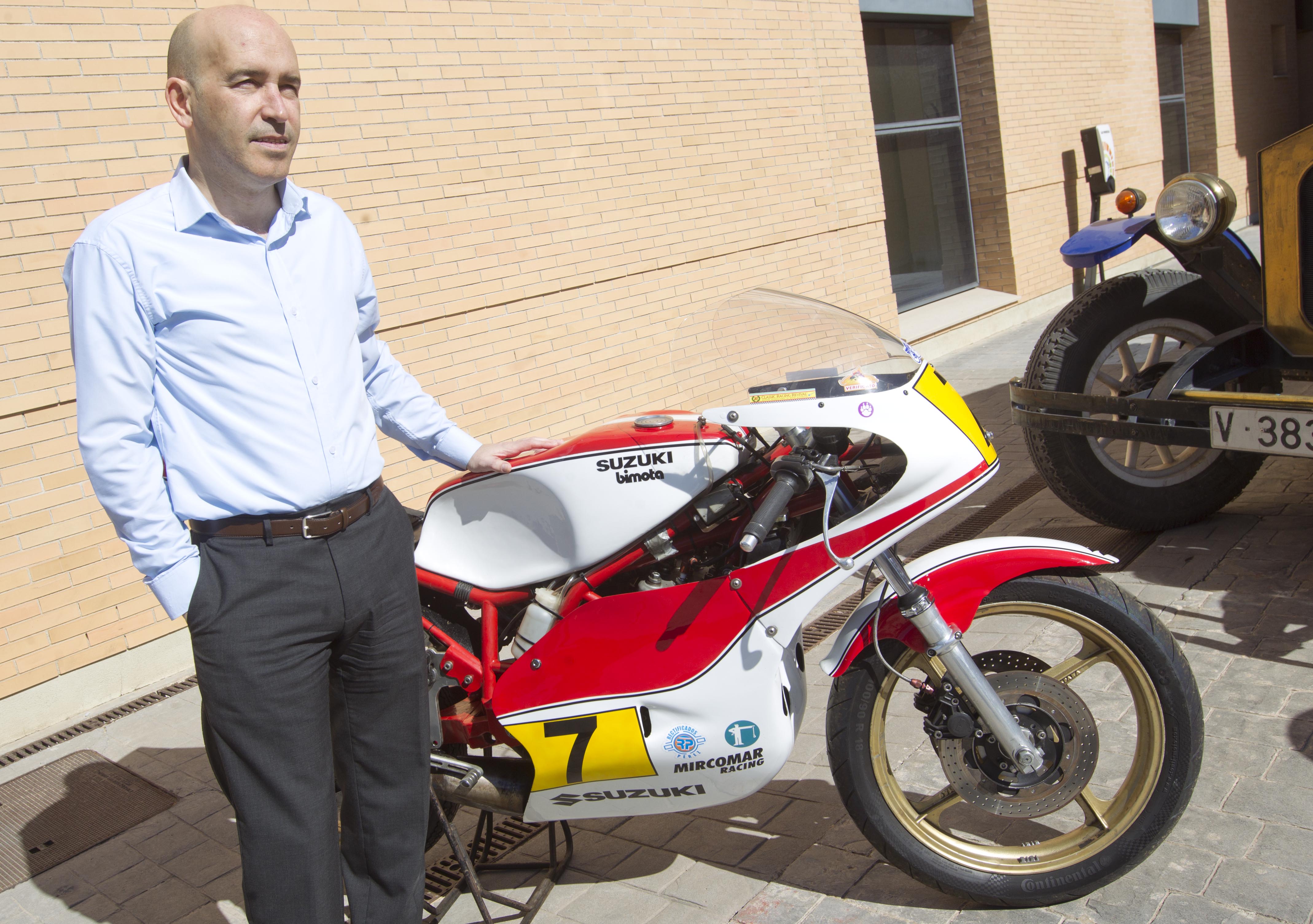 What's your opinion of the Spanish riders in the current landscape?

We've got things to celebrate, for sure. MotoGP has seen a wave of riders from a fantastic generation, and the results are impressive. That said, all the greats are in MotoGP, in Moto2 there are a lot fewer, and then in MotoGP we do see some promising athletes. Spain is the birthplace of world motorcycling: everyone who wants to be someone in the Motorcycling World Championship comes to Spain to compete, train, and improve. We're creating a very powerful industry, and in the future we're sure to continue having high-quality Spanish riders.

What about riders from Valencia, specifically?

The young Valencian riders are having a great moment. We've got very promising riders like Arón Canet, Iker Lekuona, and Jorge Navarro. We've also seen four Wildcard riders from Valencia: Arón Polanco, Jaume Masiá, Héctor Garzón, and Vicente Perez Selfa. In the FIM CEV Repsol International Championship, we've also got Jaume Masiá from Estrella Galicia along with rookie Ángel Lorente. It's quite gratifying to follow these riders' careers because they're in a very competitive environment and are highly professional.

What can you tell us about the "Cuna de Campeones" project you run at the Cheste circuit?

There are 10 racing championships in Spain, and riders from "La Cuna de Campeones" have won half of them. I'd especially like to mention Pedro Acosta, who's immensely talented — in my opinion, he's simply stellar. In "La Cuna de Campeones" we do everything in our hands to give them the best opportunities while providing a positive learning environment. Our ultimate goal is for them to enter world championships like MotoGP or the Superbike World Championship. Jaume Masiá, Héctor Barbera, and Jorge Navarro are some of our success stories. Not all the riders who train at the school are Valencian, of course. The current Moto3 champion, Joan Mir, and Morbidelli, who will join the Estrella Galicia MotoGP team in 2018, both trained at "La Cuna de Campeones". 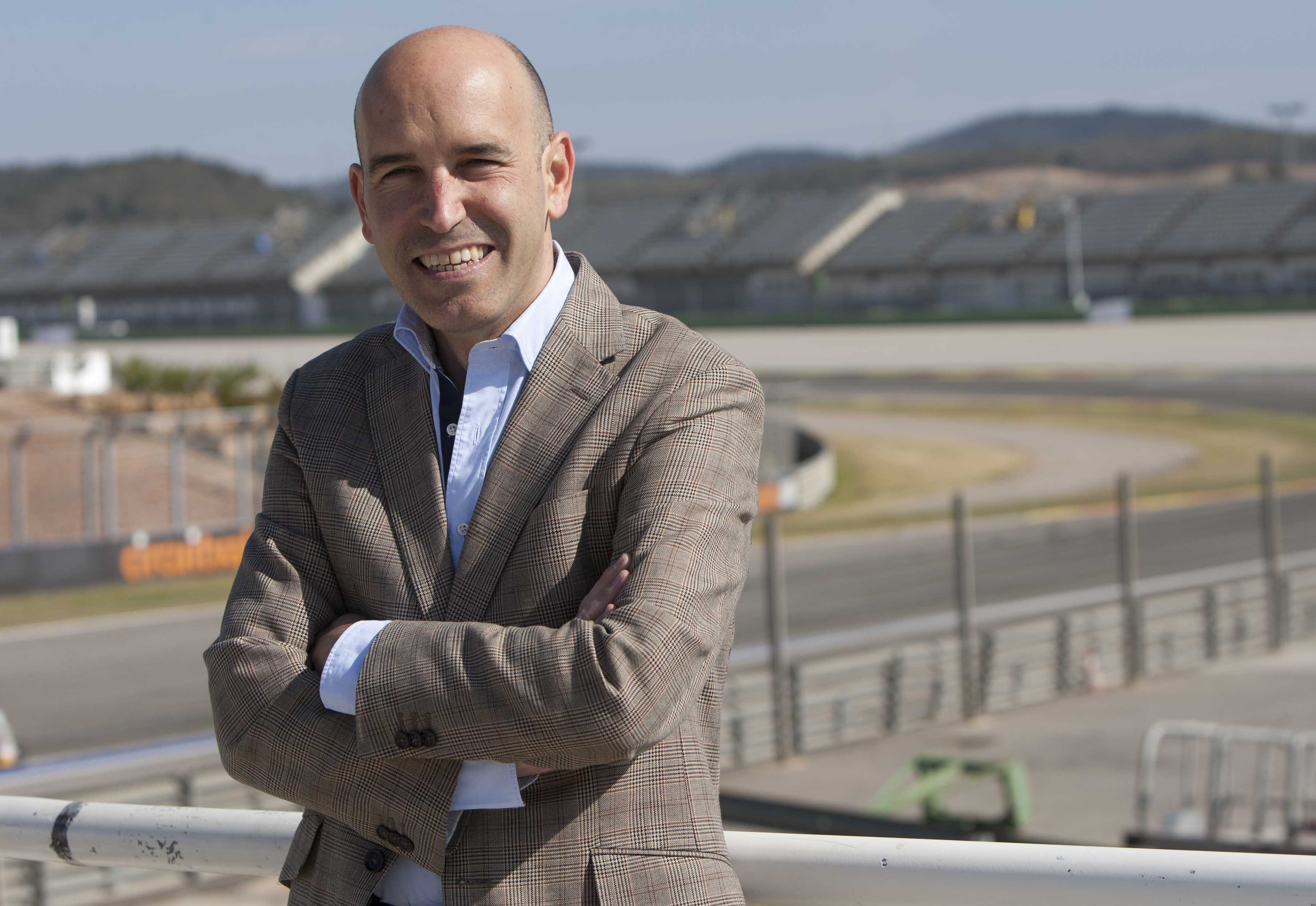 If you could manage any circuit in the world other than the one in Cheste, which would you choose?

That's a great question. There are fantastic circuits all over the world. I'd choose Silverstone, if we can discount the weather. I love that circuit, and I also enjoy the English culture. There's a reason I spent two years living there! The Yas Marina Circuit in Abu Dabi is also impressive, but it's not a good circuit for motorbikes.

What are your hopes for the 2017 Valencian GP?

I hope for the same things every year: that there are no accidents on or off the circuit, that everything runs smoothly, that people have a great time, and for good weather.

Best wishes to all the Box Repsol followers. See you in Cheste next weekend at the Ricardo Tormo Circuit!