Sunday at Mandalika started with a big scare for the Repsol Honda Team, who saw rider Marc Márquez suffer a spectacular crash during the Warmup. After a highside at Turn 7, the eight-time World Champion was declared unfit to compete in the Indonesian GP. He suffered a concussion during the crash and will return to Spain for a check-up.

The rain was the other great protagonist of the day. Its appearance forced the MotoGP Indonesian Grand Prix to be delayed by 1 hour and 15 minutes, finally commencing at 16:15 local time on a completely wet surface.

Pol Espargaró, who started fifteenth on the grid after his teammate was ruled out, began the race quickly moving into the Top 10. Nevertheless, riding in unfavourable conditions, the Repsol Honda Team rider crossed the finish line in twelfth position and scored 4 points.

After the Indonesian Grand Prix, Espargaró is in 6th position in the overall standings, with a total of 20 points. Marquez is 12th with 11 points. 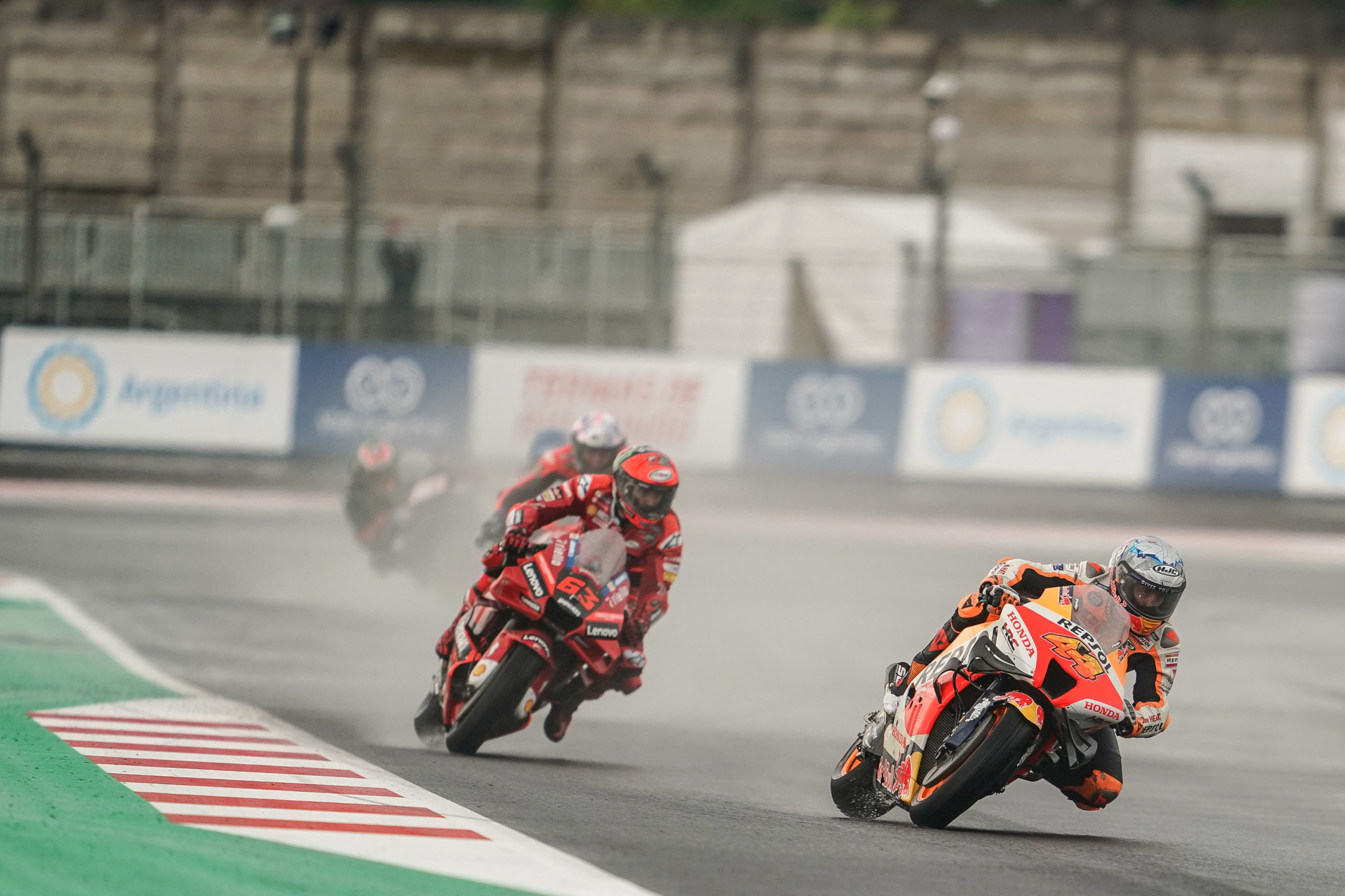 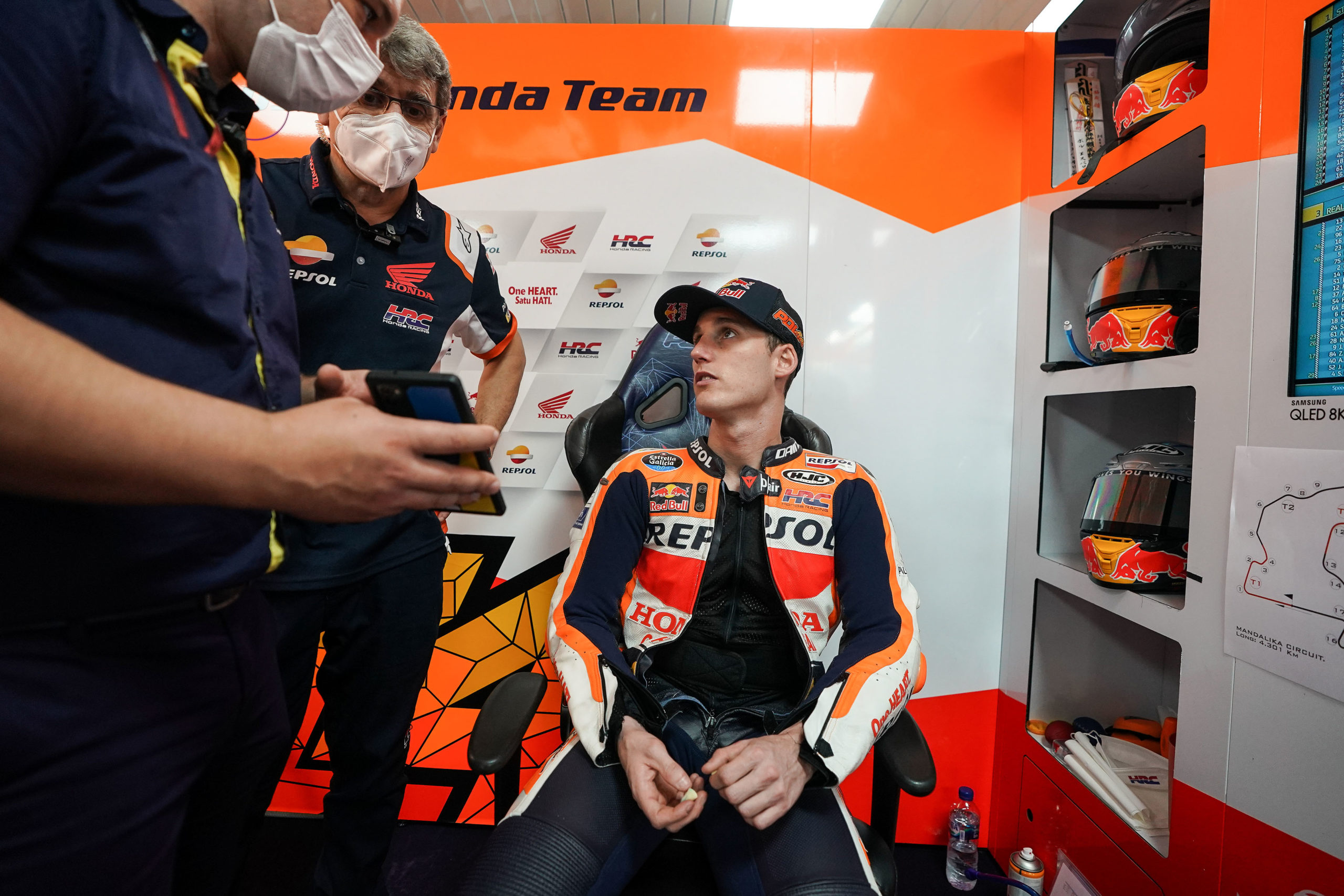 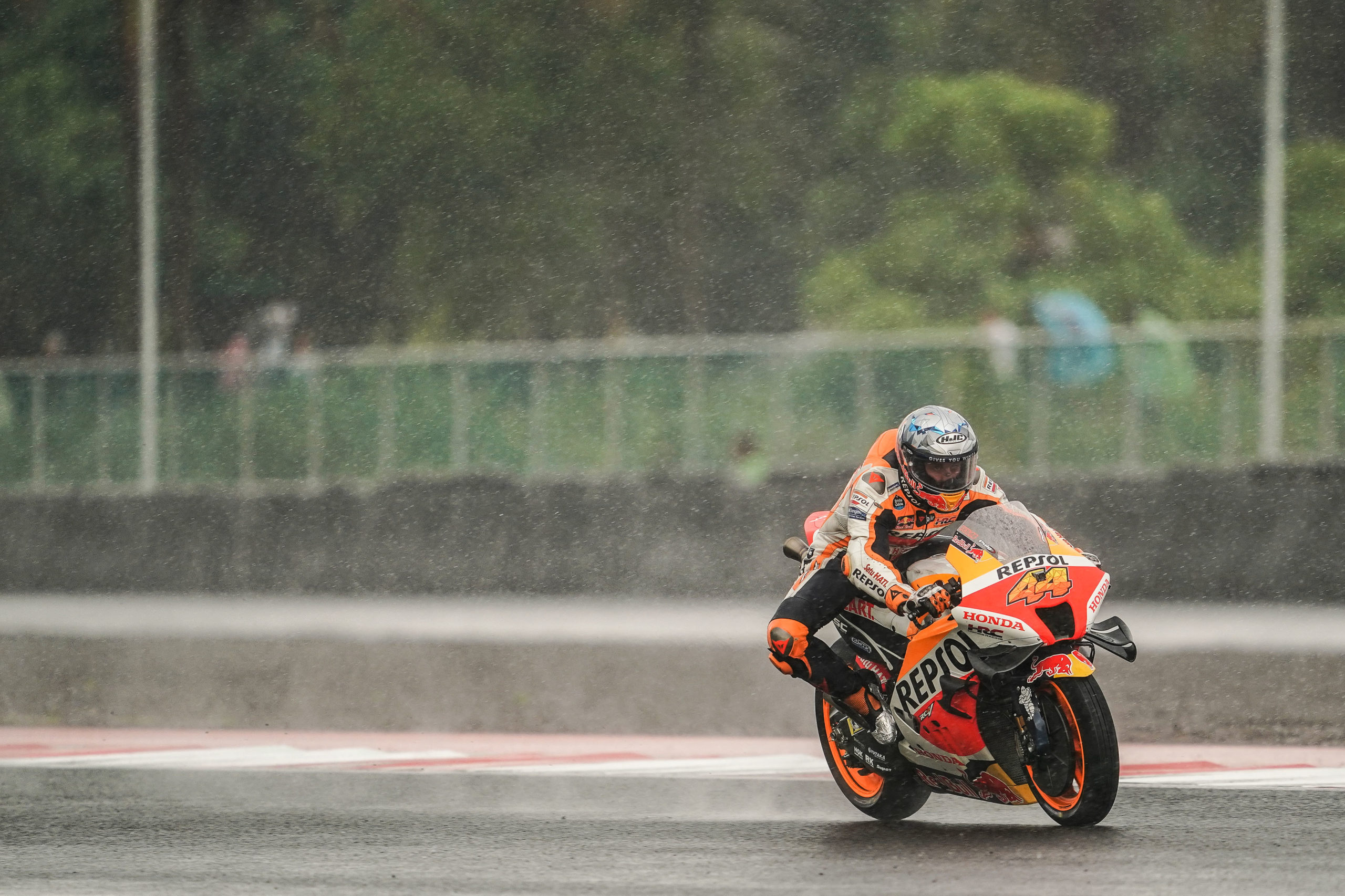 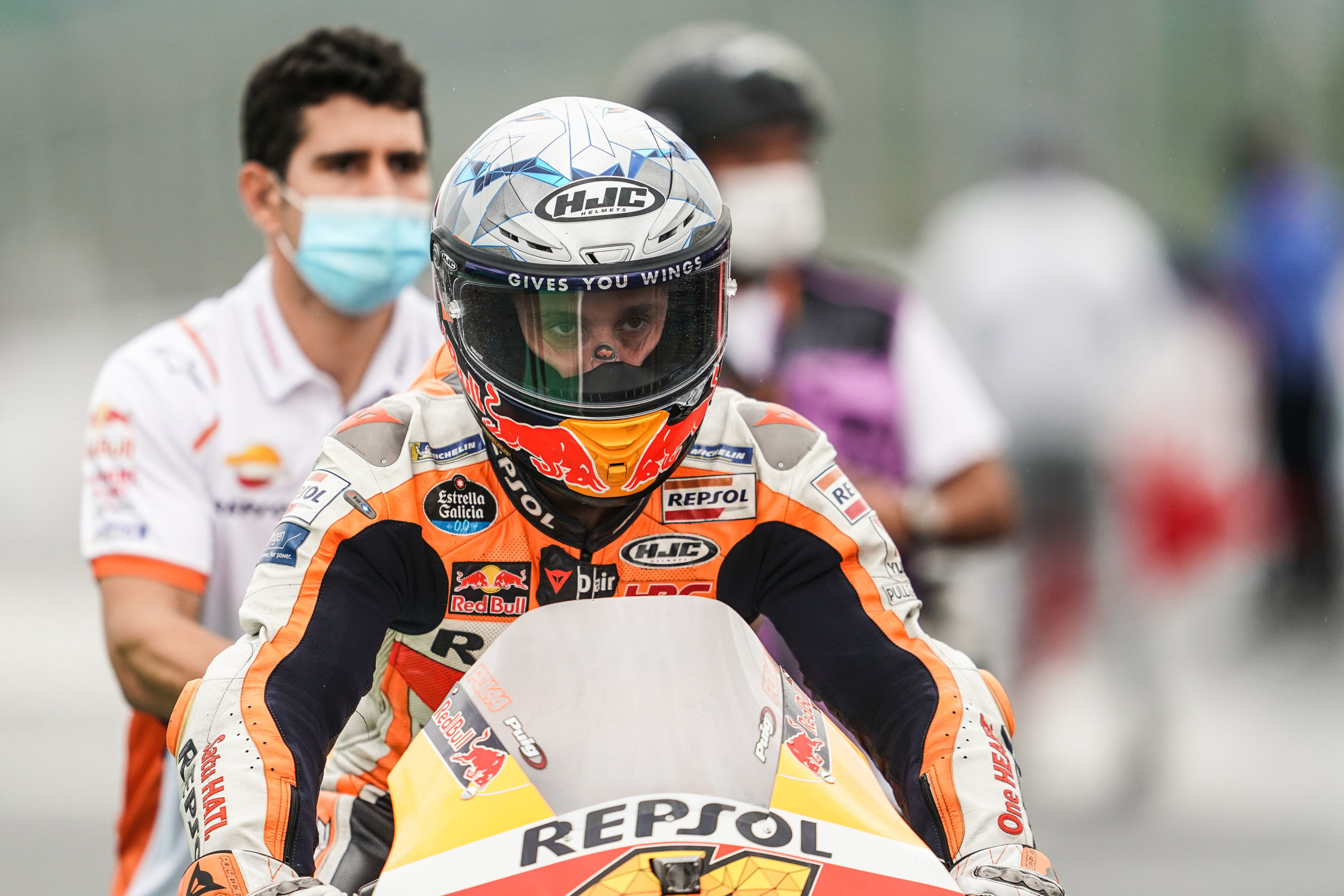 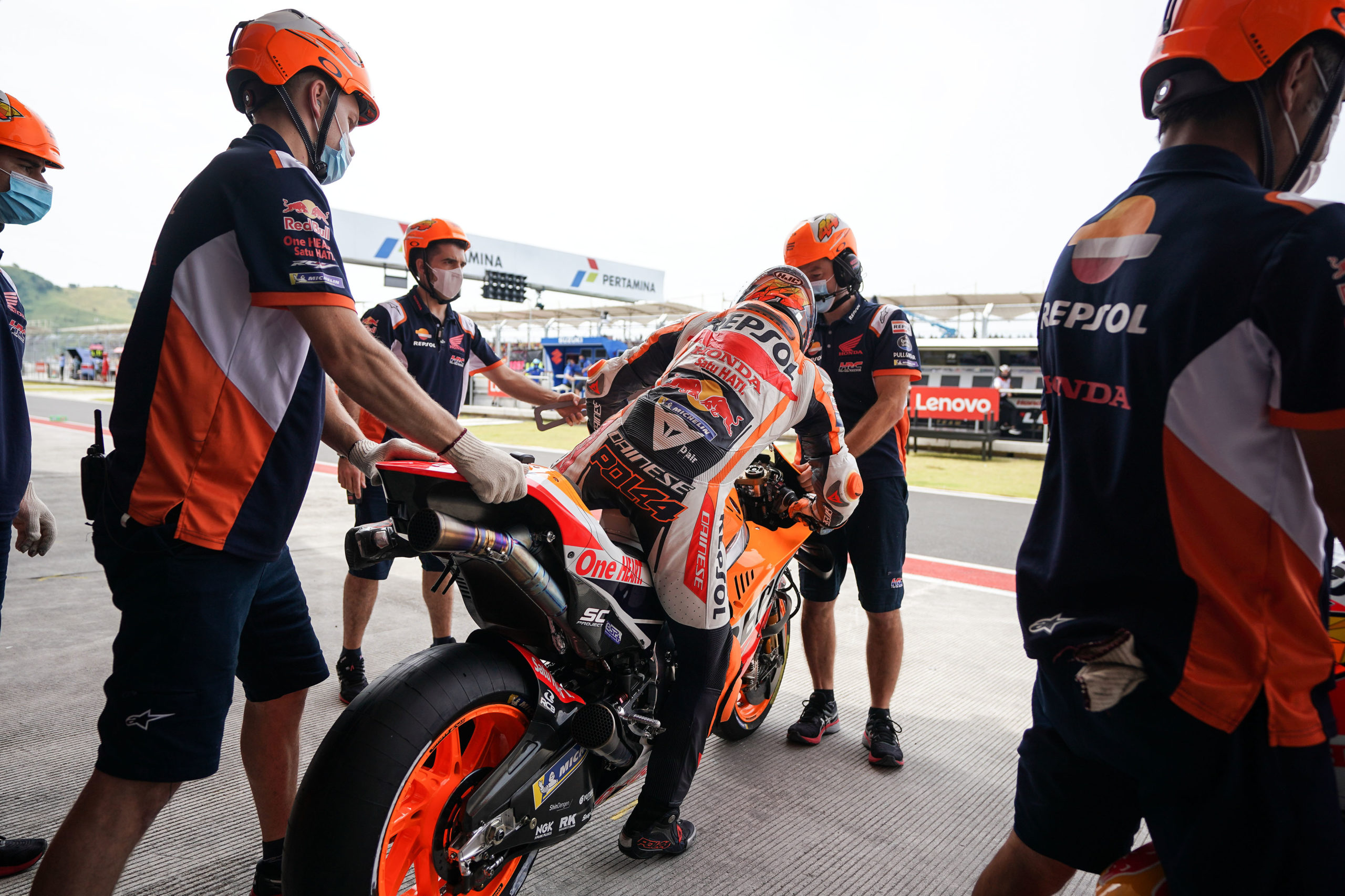 "What can I say? It has not been our weekend, we have struggled and had problems from the start. It was a really big crash in Warm Up this morning, maybe one of the biggest I have had. I went to the local hospital and while there were no serious problems – it was decided that I should not race. It’s of course a shame, but the best decision."

"This was a race about survival, this whole weekend has been about surviving. We came here and had a super productive tests and then things out of our control changed the situation. During the start of the race my visor became super dirty with all the dust from the track in the spray of the other riders. When I was behind Pecco I could see his red light, but then when I passed him I was alone and it was very difficult. I hit the curb because I couldn’t properly see it and I made a big save. Finally we are sixth, only ten points off the lead which is very good. We have to focus on this and prepare for a new weekend with the normal tyres. Even like this, I want to say sorry to the team because I think the bike could have achieved more."