The FIM CEV Repsol round in Valencia saw excitement right through to the last race of the day. David Alonso -in the European Talent Talent Cup- and Yari Montella -in the Moto2 European Championship- had been crowned champions on Saturday, but it was on Sunday that the FIM Moto3 Junior World Championship winner was decided. Izan Guevara took the title ahead of rival Xavi Artigas.

In Saturday's race, Xavi Artigas suffered a problem on the starting grid and had to begin the race from pit lane. Izan Guevara took advantage and claimed his fifth victory of the year, also taking the lead of the FIM Moto3 Junior World Championship standings. He defended the position with two third places in today's two races, allowing him to earn the title. Both of the top two finishers have been confirmed as Motorcycle World Championship participants for next season.

In the Moto2 European Championship, second place on Saturday was enough for Yari Montella to win the title, completing an intelligent ride. Zaccone won the first race -his third victory of the year. Montella put the finishing touches to the season with his eighth win in the final race of the 2020 campaign.

Alonso was proclaimed European Talent Cup champion on Saturday. The Colombian did so by winning the weekend' first race. He also placed on the rostrum with second in the final race, behind first-time winner Marcos Ruda. 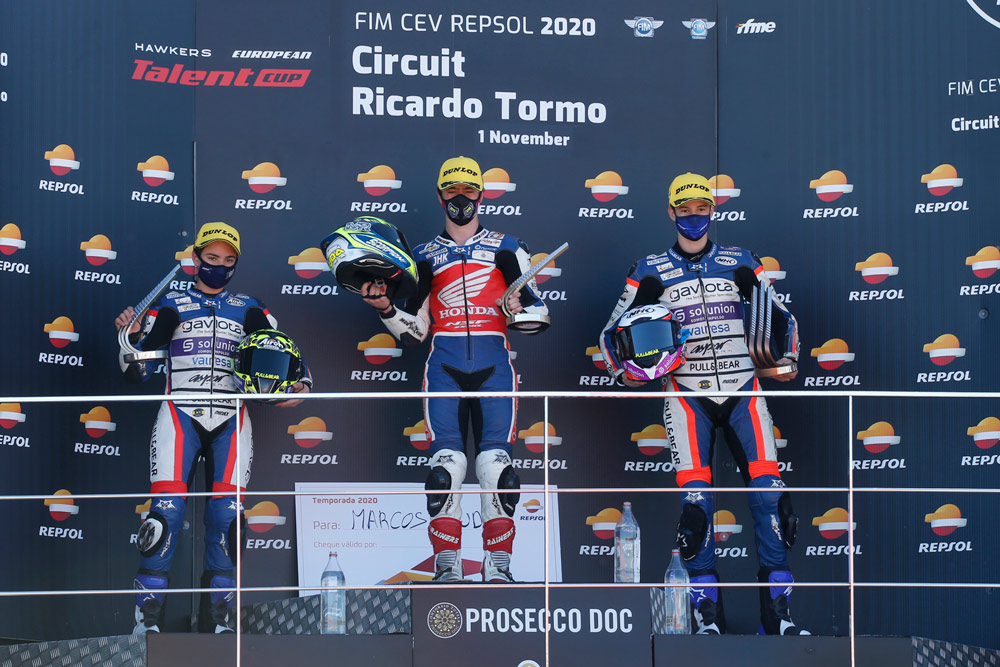 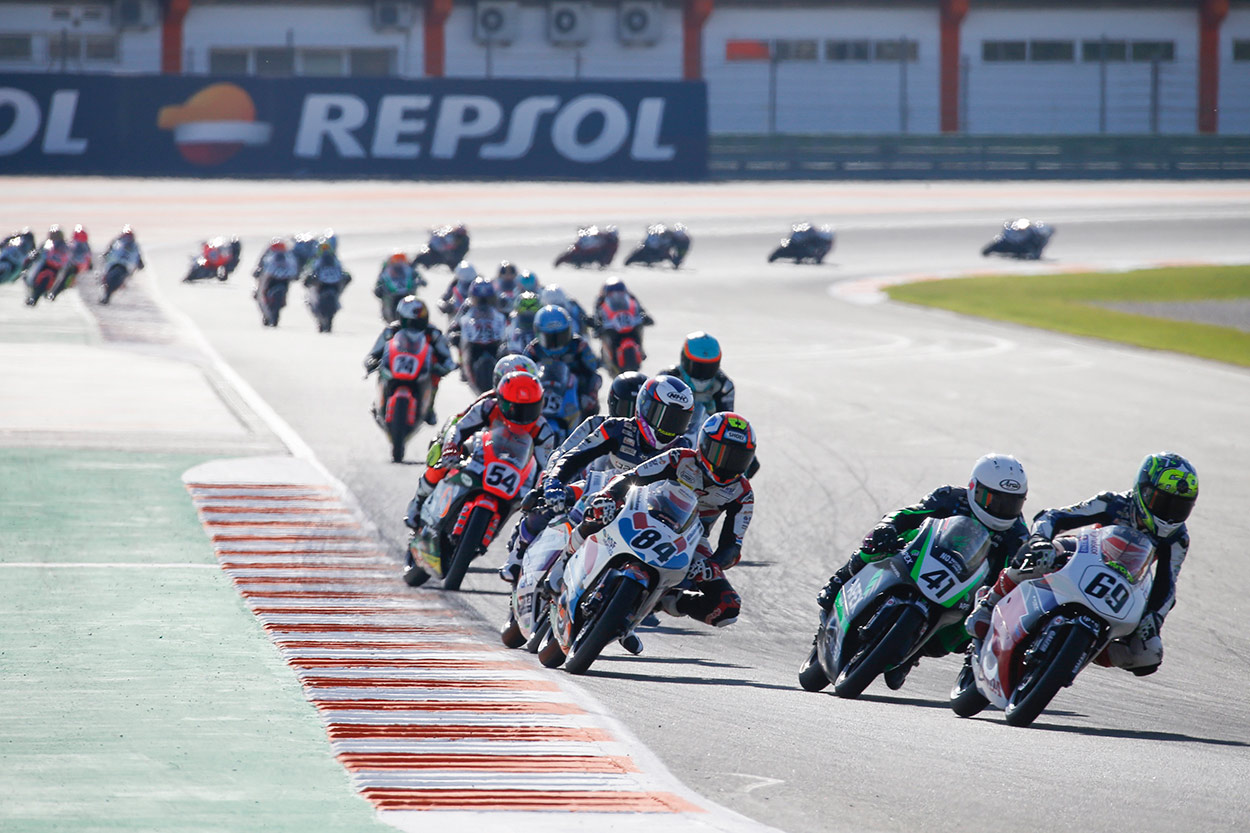 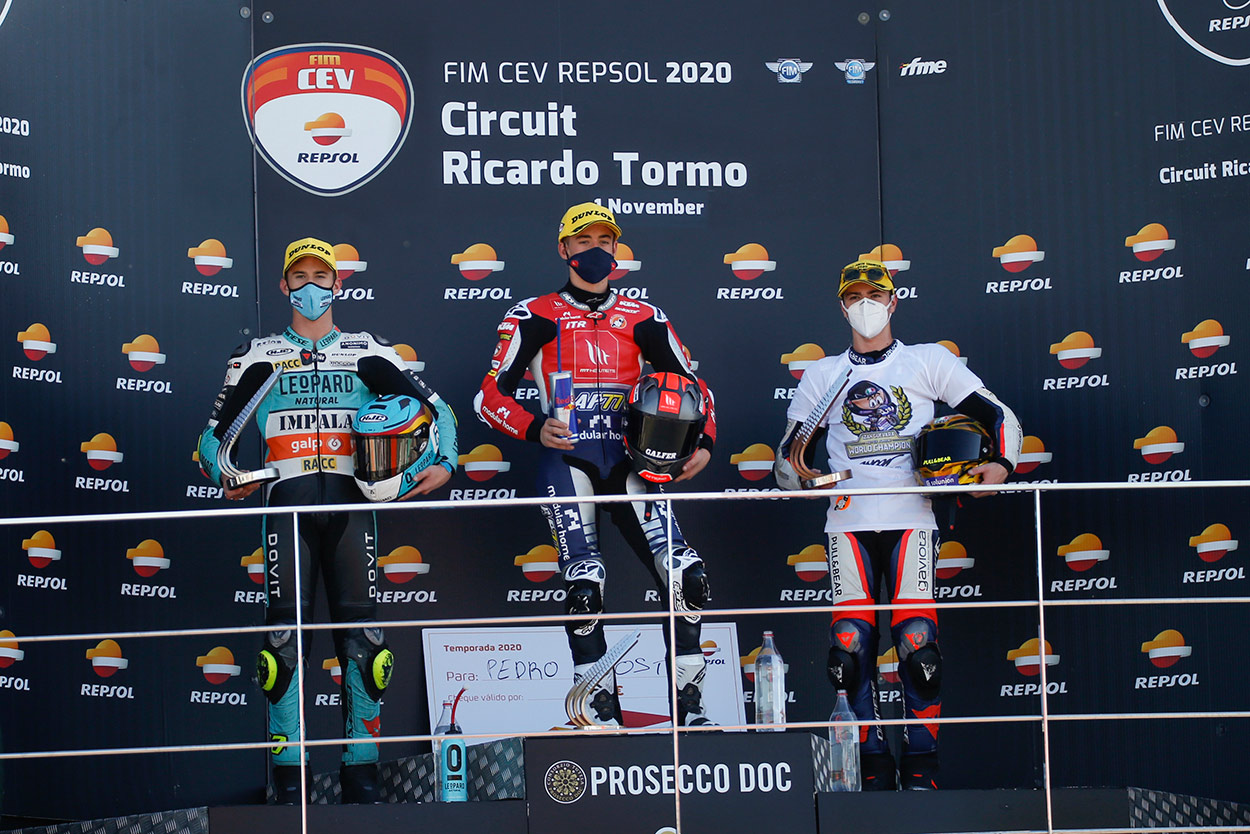 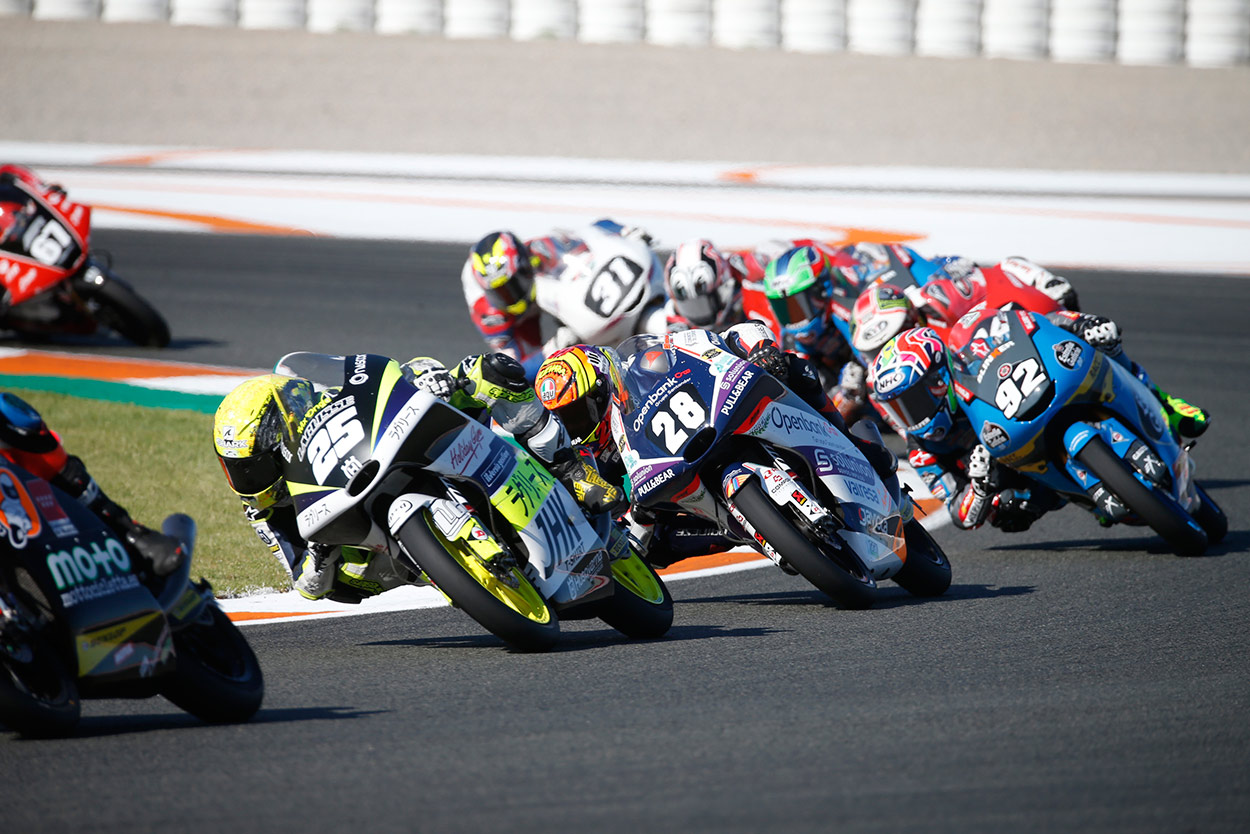 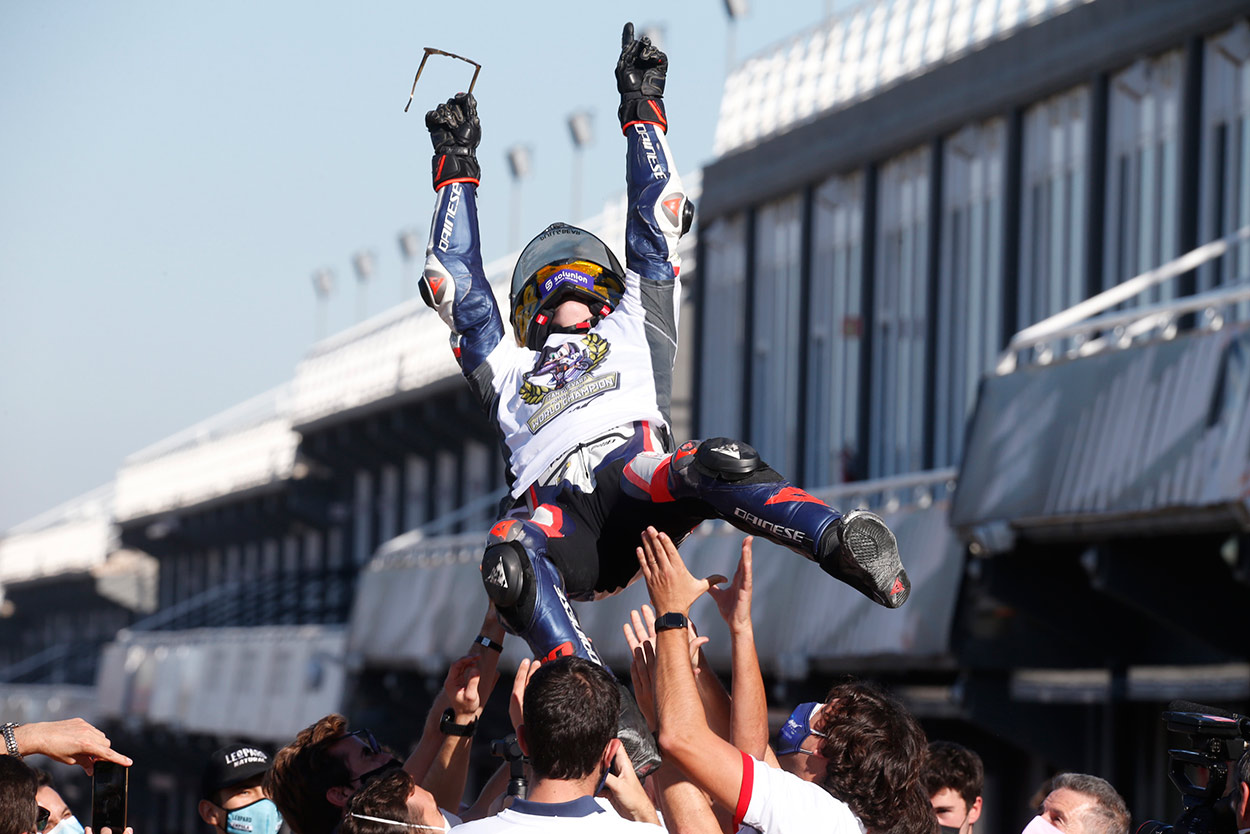 “It was a very fast race. I am very happy because we obtained some important points for the championship. I have no words to thank my team enough for all the support they give me every day, and especially Nico Terol.”

"It was incredible. At Jerez and MotorLand we worked very hard, but we did not achieve the result. I can only say thank you to the whole team: Jonathan, Jordi, Óscar… and my mechanics because they worked very hard so that I could be here."

"The beginning of the season was pretty good, but later on we weren't as lucky. Finishing the season with two victories is incredible for the team, because they have worked very hard to achieve all of this. I only have words of thanks for them, and also for Andreas Pérez's family and especially for him."

"I can't believe it. If you were to have told me that I would be champion in my first year in Moto3, I would not have believed it. It has been a very hard fought race. I also had contact with someone on one of the opening laps and that slowed me down, but I managed to get to the front group and fight until the last corner. It is incredible to be a champion and I am very happy."

"I am very happy because in the first part of the season I did not feel too good on the bike, but now we have taken an important step forward because we are fighting for victories. On Friday we had a strange feeling with the tyres, and that is why we didn’t have a good qualifying session. My team have worked very hard today to improve that, and I felt very good, so I want to thank my team for that. I am very happy about the victory."

"I am very happy. The race was very hard because I was trying to escape, but all the time I saw ‘+0’ on my pitboard and I couldn’t leave my rivals behind. I still pushed a lot during every lap, and in the end I was able to win the race. I’m happy and I want to thank my team and my family."

"I’m very happy to win the championship. Especially having done it by getting the victory, which is what I wanted. It was difficult, since I started from fifteenth place due to a penalty. The race was very fast and the riders were very strong, but we were able to stay in first and second position on the final laps, and I was able to overtake on the last corner and win the race. It has been a magnificent year, with 5 wins and 4 second places. I want to thank the team because they have done an incredible job; the bike was perfect in this race."

"I’m very happy for this win because this year we have suffered. Starting from pole, we managed to control the race well and in the end we were able to establish a little gap. I am very happy and I want to thank everyone who has supported me for this victory."