The reigning Trial GP World Champion achieved his second victory of the year in Charade, France on Sunday. On a very close first lap, Toni Bou finished all 12 zones with 19 points, whilst in the afternoon, the Repsol Honda Team rider made only one mistake - finishing the second lap with only 5 points.

With this result and his previous win at the first of the two races held in Italy, Bou increases his lead in the series with 57 points -and his all-time win total to 220.

Teammate Takahisa Fujinami finished the French Grand Prix fourth. On the first lap, a mistake led to him accumulating a total of 39 points, but he rectified this on Lap 2, dropping a mere 11 to place third.

The third round of the World Championship will be held in Andorra on August 20th, 21st and 22nd. 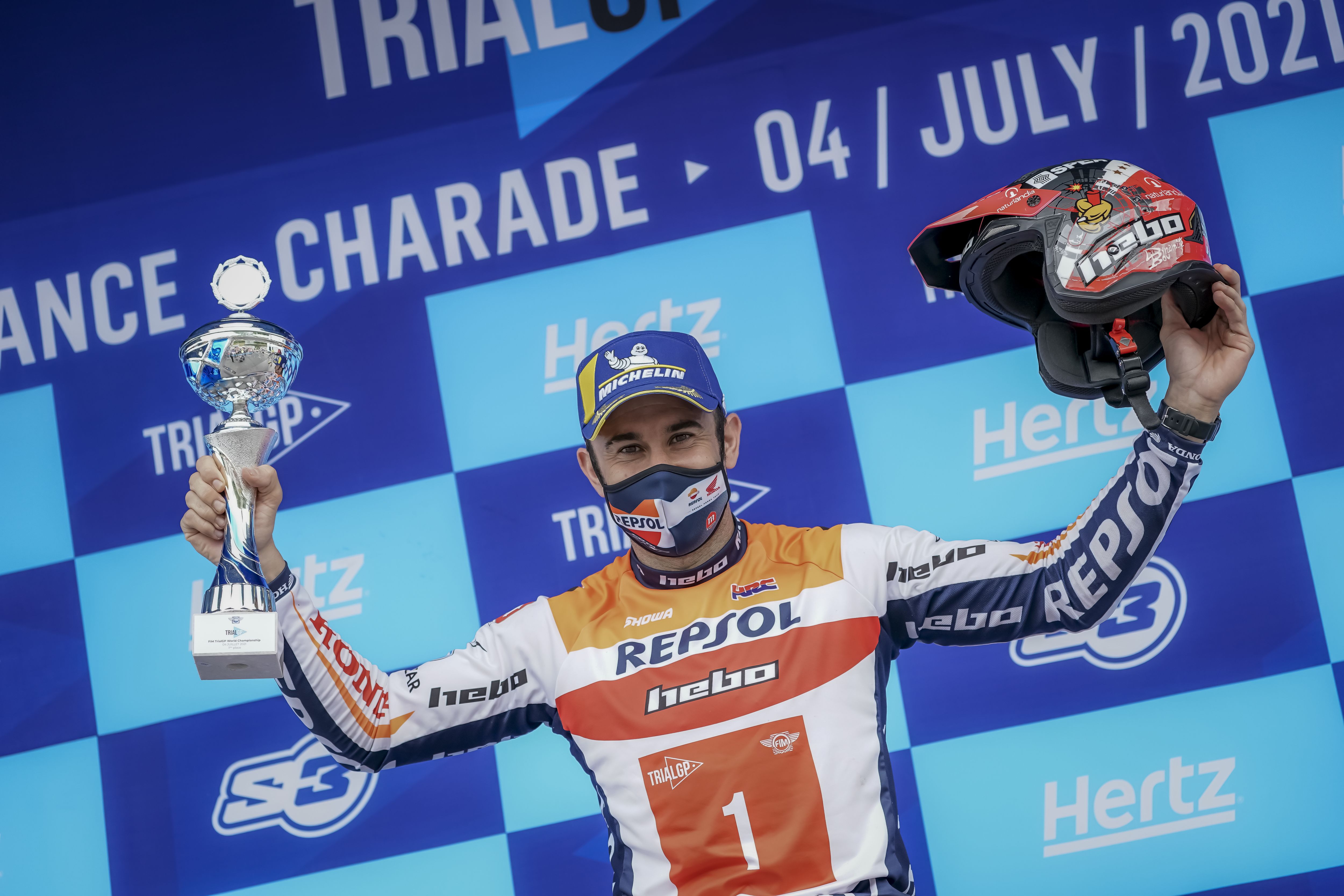 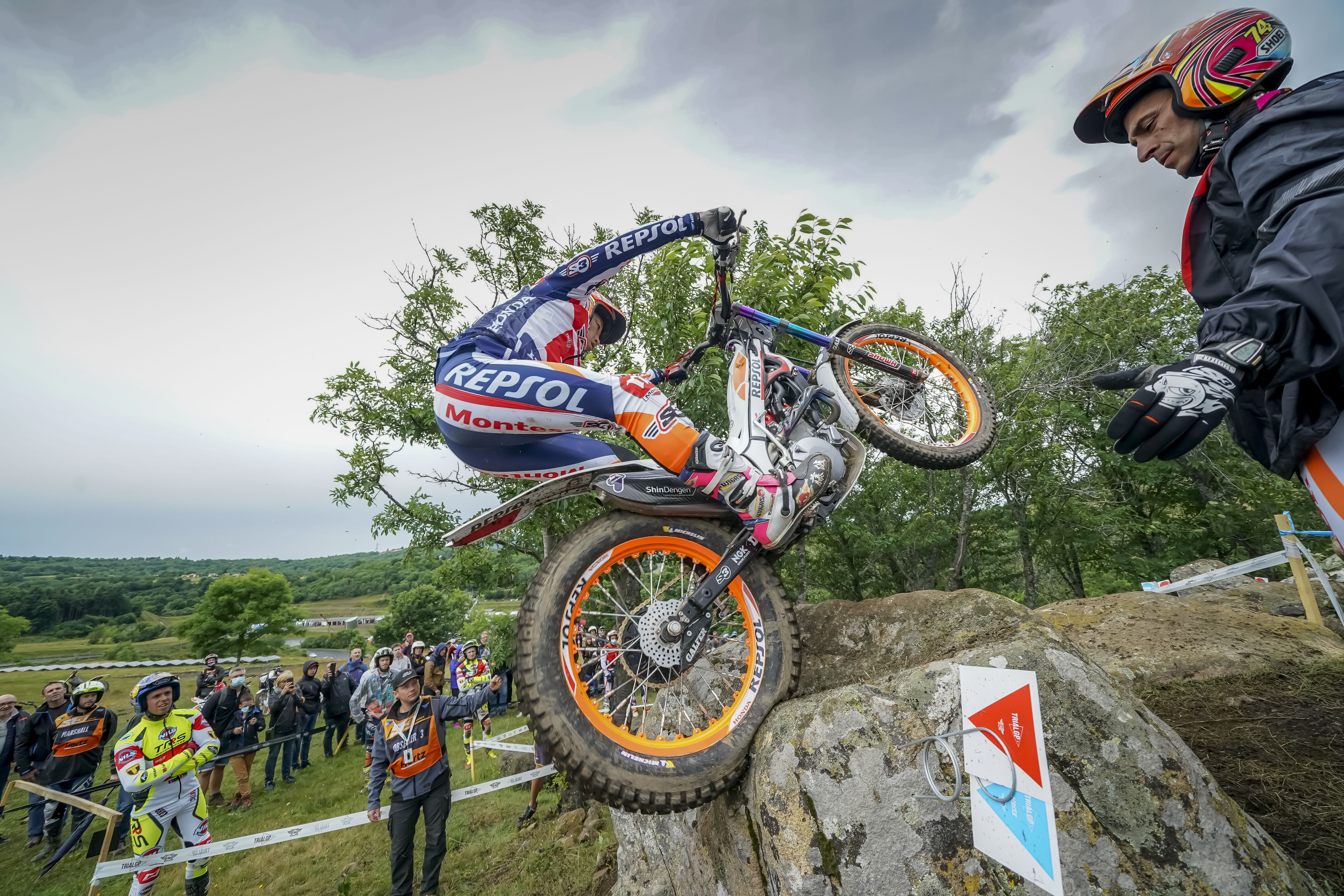 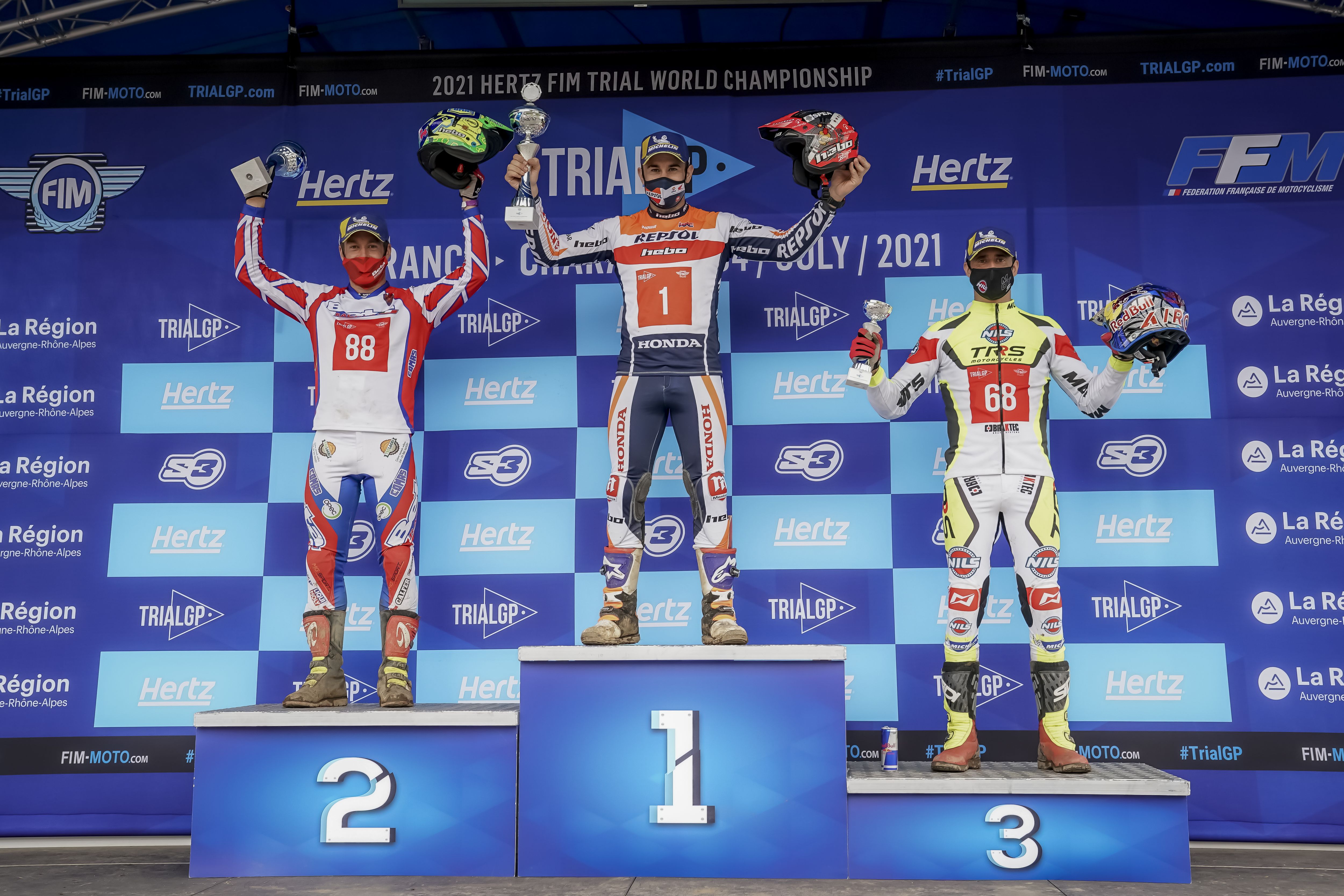 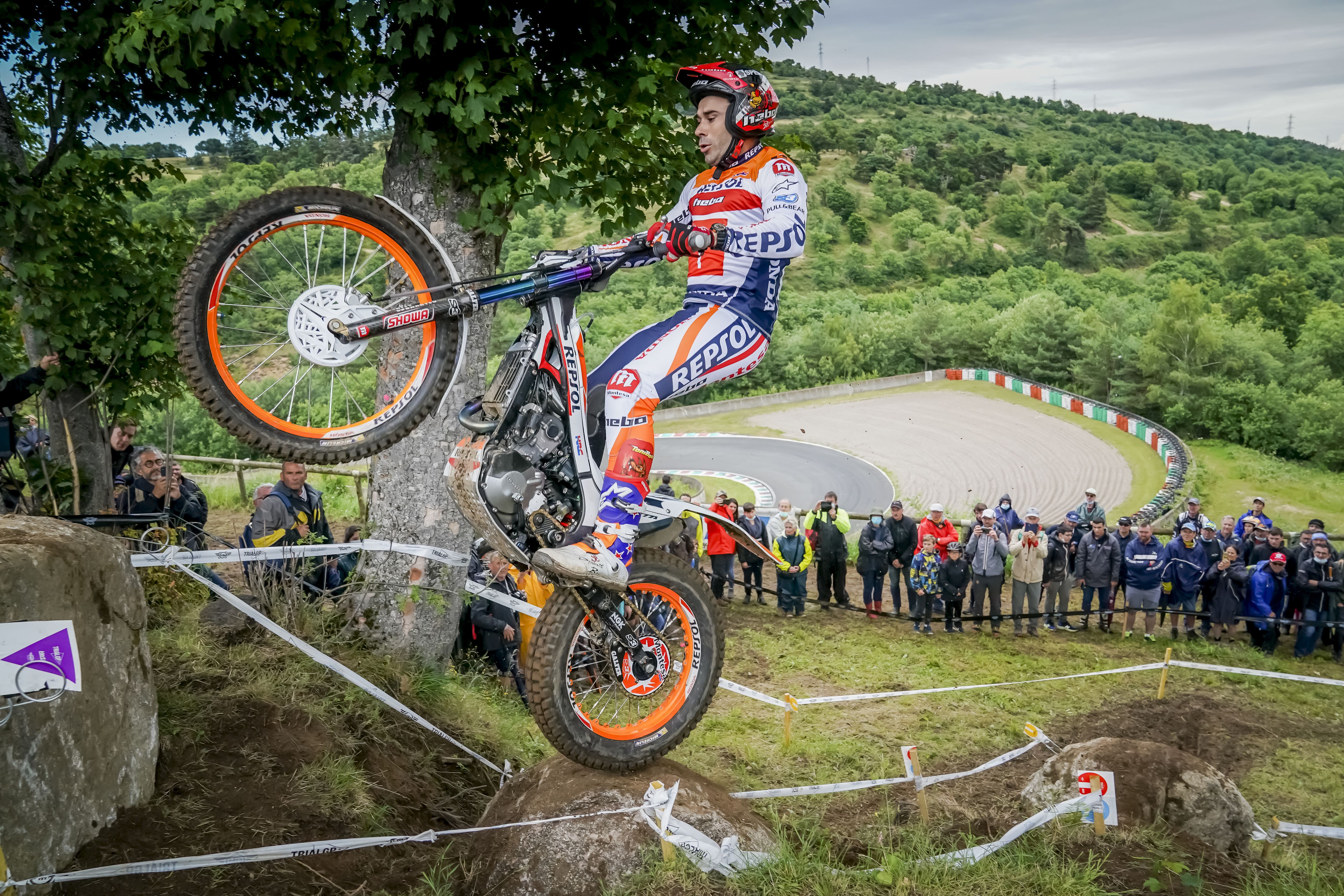 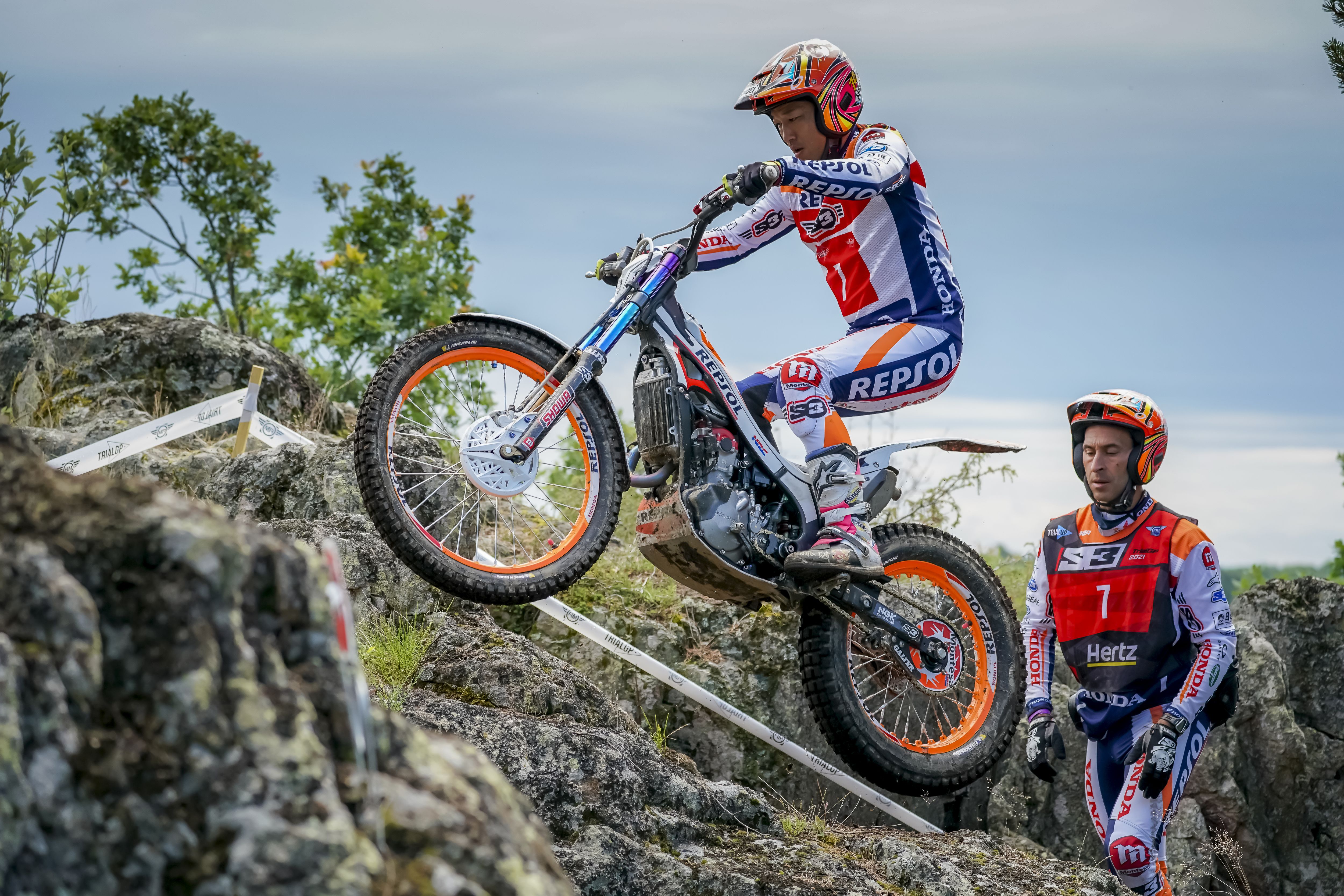 “I'm very happy. After making a mistake on the first lap, the second was incredible. I dropped an unusual five, but it was a very good lap because of the feeling I had. Overall, it was a very good weekend for us, and I felt very competitive after the changes made to the bike. We adjusted it for the height of this race and it really worked out for us. I want to congratulate the whole team for their work. Now we go into the summer break feeling good. Andorra is always difficult for me, but I also have extra motivation for it.”.

“The first lap today was quite difficult; I broke some tape and I had a big crash. But despite that bad lap, I was able to recover well and improve on the second run. Today I was quite calm and I enjoyed the trial. After my victory in Italy I would have liked to have been on the podium, but a fourth position is also very good, and I am very happy”.