Home / Trial / Toni Bou will compete at X-Trial in Paris

I like competing in Paris, it’s a special race

The leader of the FIM X-Trial World Championship, Toni Bou, will return after his back injury to participate this weekend in the Paris round. The Repsol Honda Team rider is recovered from the injury he suffered after a crash in an event at Le Mans, France, last February 17th.

Today, Thursday, Toni Bou wore again his competition gear and got on his Montesa Cota 4RT, nearly a month after his accident. His feelings on the bike were positive and he decided to be in the round that will take place in the French capital this next Saturday from 20:00h, which will probably finish around 23:00h.

After the cancellation of the race in Seville, the Paris X-Trial is the sixth round of the Championship. Bou won the five previous rounds and has an advantage of 31 points over the second placed. Bou has only competed once before in Paris, in 2012, and also achieved a victory.

The Japanese rider of the Repsol Honda Team, Takahisa Fujinami, will also participate. It will be his fourth round in the current X-Trial World Championship and his aim will be to qualify for the semi-finals. 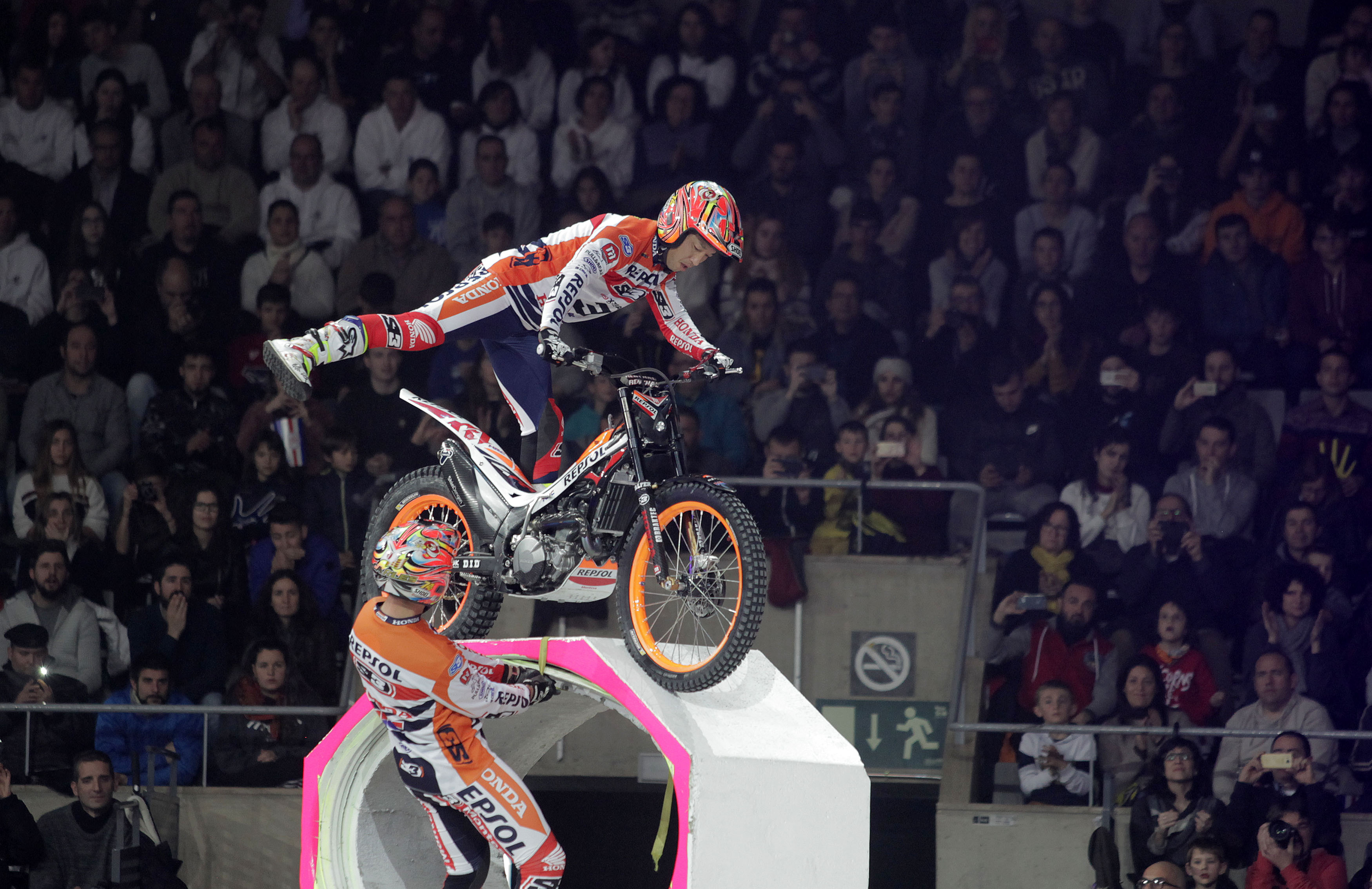 "After a very tough month since I sustained my injury, my aim was to recover to be again at the Paris round. We didn’t know if I’d be able to be there, but today I tried the bike and I felt much better than I expected. Obviously, I’m not at 100%, but I am really looking forward to return. I like competing in Paris, it’s a special race. We’ll take many precautions, because I didn’t do anything physically this last month, but my passion for racing made me decide. In Paris I can win the title and I prefer to do it while competing. I don’t think I’ll be able to win the race, but I can ride. To get the title on the bike will be the best."

"This will be my fourth race of the X-Trial season and I’m looking forward to this round. I trained a bit to arrive in good shape and I’d like to do a good qualifying to get into the semi-finals and be able to compete with my team mate Toni Bou, who can win the title."