Bou led all rounds of the trial, dropping 6 points in qualifying and 10 points in his semifinal.

In the final against Adam Raga, the current champion was behind after the first four zones, but managed to draw level by getting through zones 5 and 6 without any errors.

After a run-off with no winners, the Repsol Honda rider took victory having been given three less penalty points than his opponent in the semifinal.

Toni Bou therefore remains unbeaten in the 2020 X-Trial World Championship and after three rounds he continues to lead the standings, now 15 points ahead of second placed Adam Raga.

The next round of the championship will take place on 2nd February at the Palau Sant Jordi in Barcelona. 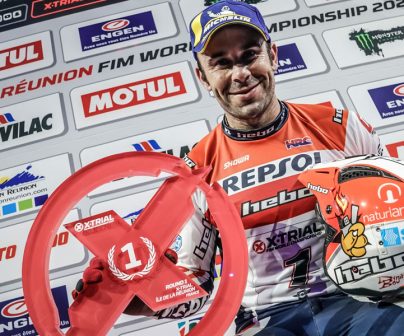 It was a very, very hard trial. Adam rode very well today. We were able to win the first round, and also the second, which was essential for the final run-off. I gave everything I could in the final, though I didn’t have a very good feeling. I had no balance, but I had the motivation to fight right to the end, getting two zeros in the last two zones after pushing for it, so it went well. I want to congratulate Adam Raga because this year it will be very difficult to beat him.