The British city of Sheffield held last night the first of the four rounds that the X-Trial World Championship will have this year and in which World Champion Toni Bou finished in second position, behind winner Adam Raga. His team mate Takahisa Fujinami, after nearly two years missing this competition, ended in fifth place.

The round, which included low-difficulty zones, allowed very few mistakes and the 5 penalty points gathered by Toni Bou in the second zone, burdened the rest of his performance. He finished second in the knock-out phase, in which Takahisa Fujinami was fifth, one position away from being able to compete in the finale.

In the finale, Bou made another mistake that he was not able to recover in the next zones and finished with 7 points, taking the second overall position. The next round will take place next February 7th in Spain, in a new edition of the Barcelona Indoor Trial. 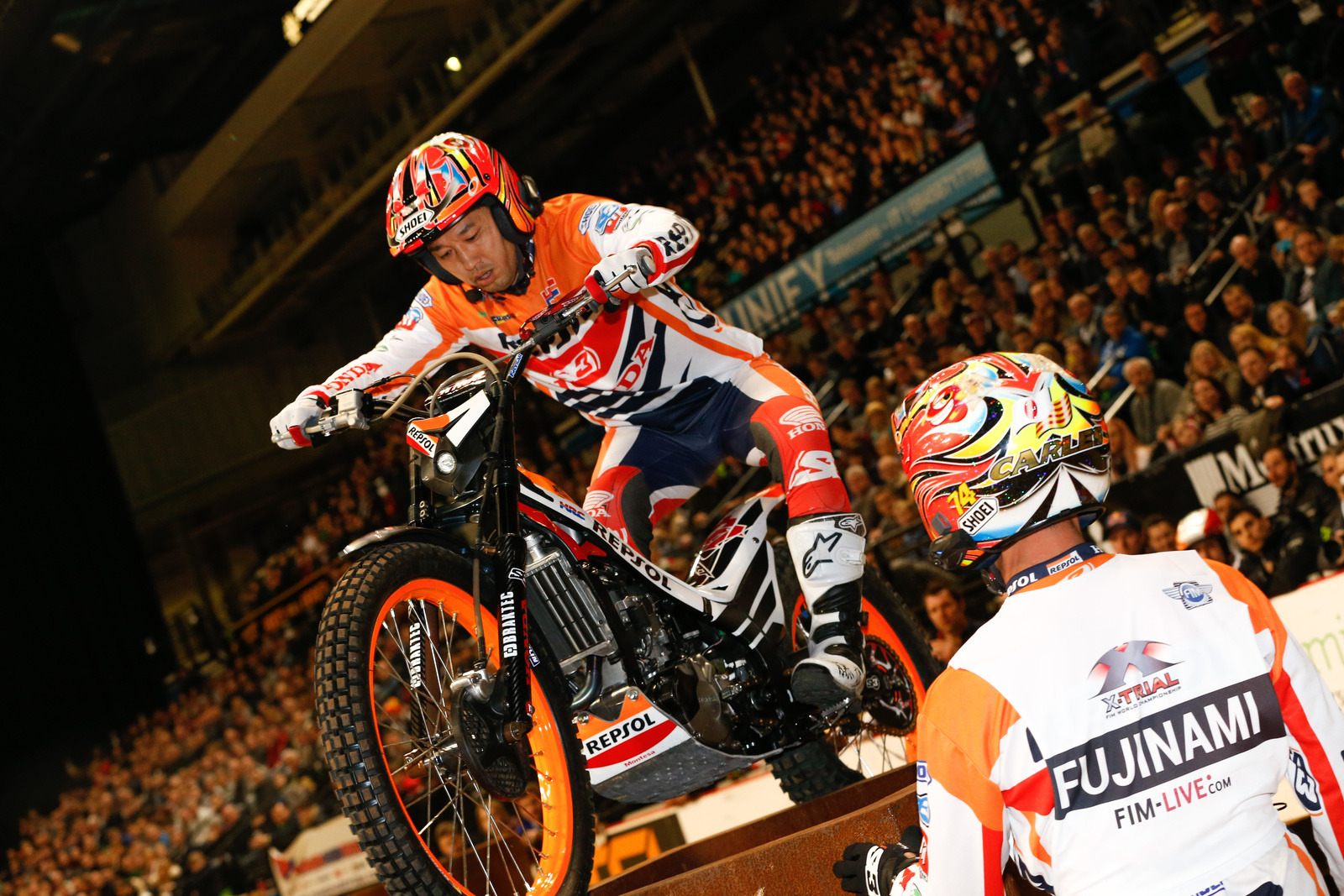 "I made a mistake in zone 2 and I lost the race due to a small error. In a race like this, the zones would not allow to make up for any mistake. I’m not happy, but I need to settle for the second place, which is better than a third. I will try to get to Barcelona with maximum confidence in order to recover these points. This year it will be difficult, because there are only four races, but we’ll try."

"Today I was returning to the Indoor competition after more than a year and truth is I didn’t feel too bad. I wasn’t able to classify for the finale, but I was ahead of other riders. For the next race I’ll try to prepare better and be in the last round, although I know it will be difficult."