The first test of the 2018 FIM Trial World Championship will take place on Saturday the 19th. This year, the competition will include eight races in the traditional locations, such as Arco di Trento in Italy or Motegi in Japan. This year, Repsol Honda Team rider and 23-time world champion Toni Bou will battle it out to continue his 12-year winning streak alongside his teammate from Japan Takahisa "Fujigas" Fujinami, 2004 world champion.

Toni was recently crowned winner of the FIM X-Trial World Championship in March, despite being unable to take part in the last test due to an injury sustained during a display in Le Mans. We have yet to see if the rider from Piera has fully recovered for this new season or if he will feel the effects of this complication in the first few races.

Takahisa, who came in fifth place in 2017, is aiming to improve his score from 2017 and make it into a top-three spot in the overall ranking. The Japanese rider, a true veteran with 20 competitions under his belt, has never come in any lower than fifth place in the overall ranking, and this year he's back with a vengeance and looking to climb higher. 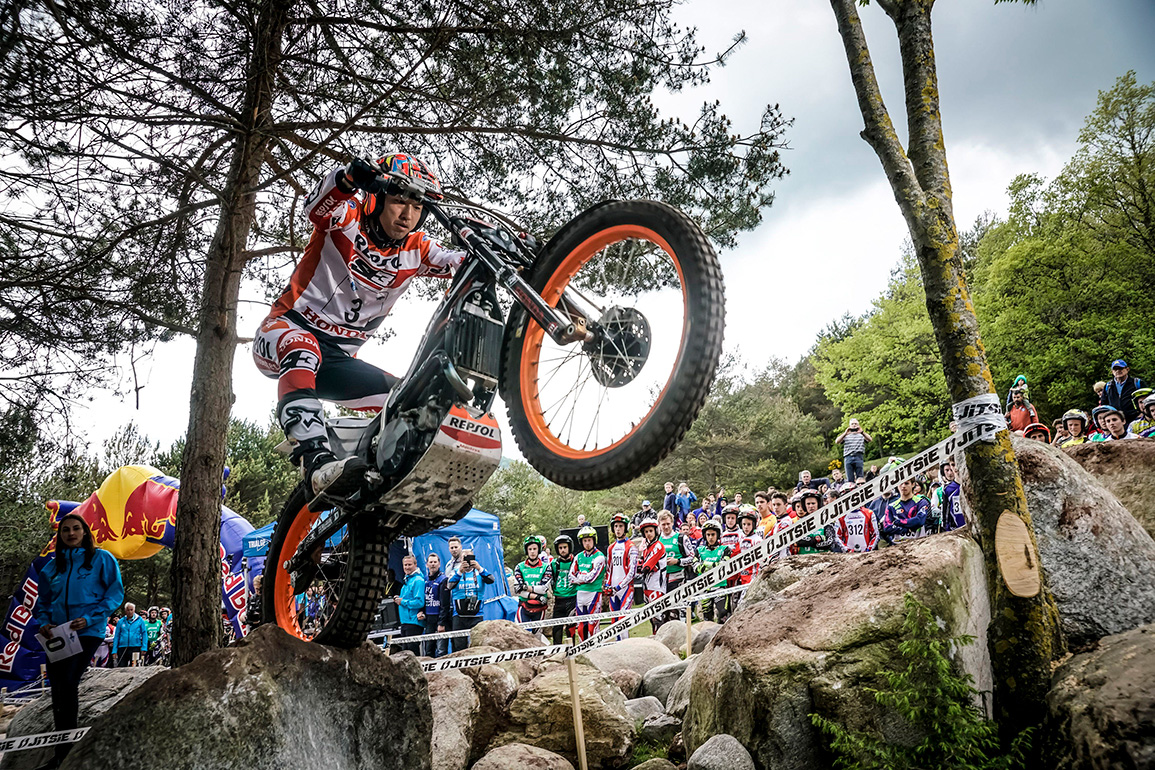 This weekend the team will jump back into action in the Camprodon GP on Saturday the 19th and Sunday the 20th. Competitors will take part in two races in the idyllic valleys of the Pyrenees, in the province of Girona. Once again this year, we'll be there to cheer our riders on. Let's go, Toni Bou! Give it your all, Fuji!