The New Year is just beginning and in the world of two-wheel sports all eyes are on the first event of the X-Trial calendar. And of course, for yet another year the man to beat is Toni Bou.

The Repsol Team rider has won the X-Trial World Championship nine consecutive times. Getting a tenth world title would further confirm the legend of a sportsman who is already a living piece of history in this sport.

It is worth remembering that Bou won every event last season, except for the one held in Pau, France. In that race, Adam Raga was the rider that challenged him and snatched away victory. On another note, Takahisa Fujinami returns to the Championship following his absence last year. The Japanese rider comes back with the hopes of regaining good form and putting on as much of a show as possible, just like always. 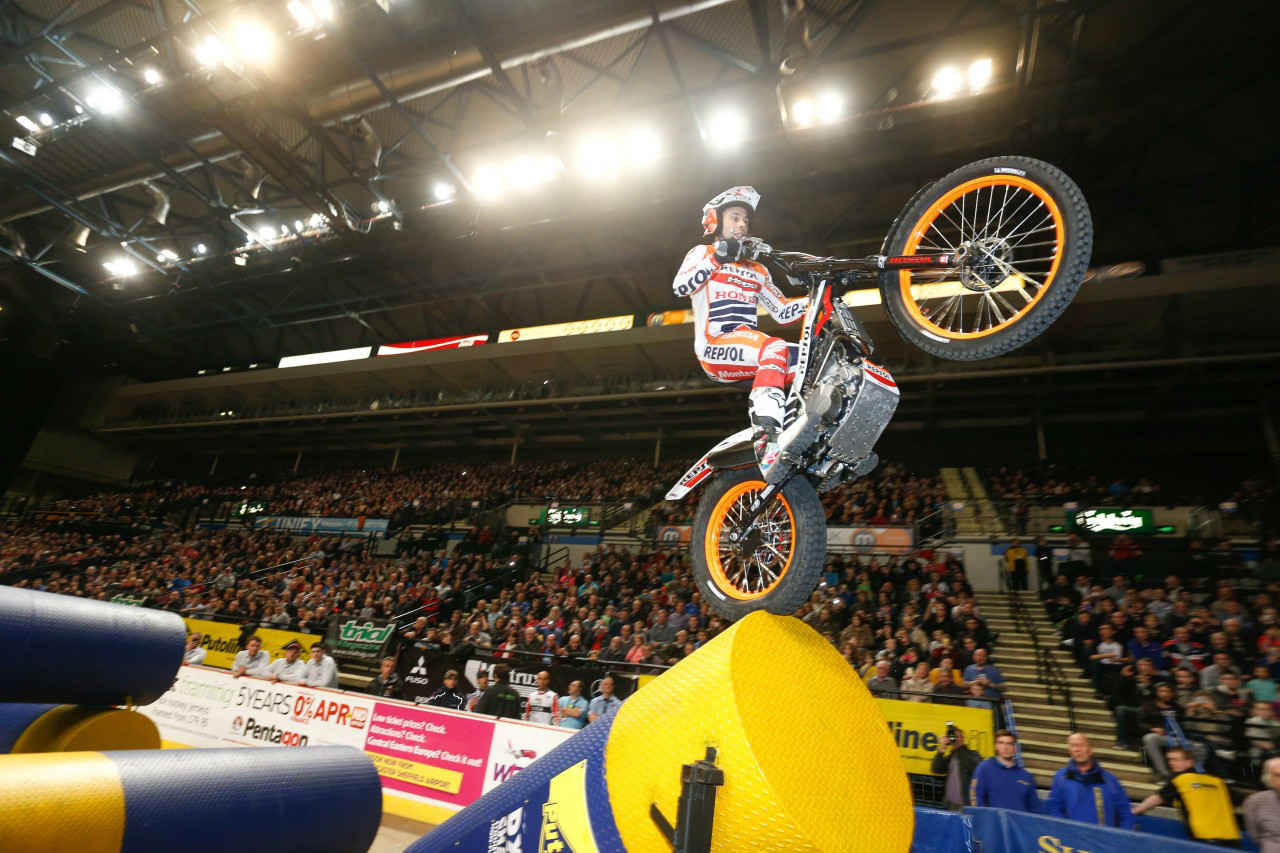 The city of Sheffield has hosted the opening event of the X-Trial Championship for almost two decades. It’s become a tradition for the English fans who flock to the Park Arena to support the participating riders.

Located just outside the city, the Park Arena is not intended for Trial events, but with the upcoming event this weekend, the ice rink has been replaced with sand and obstacles in preparation for the competition. Everything is ready for the new edition of the X-Trial World Championship to begin.