After all eight races, the pilot with the most points is crowned Red Bull Air Race World Champion.

Established in 2003, this is one of the most important disciplines in the world of professional air sports. The World Air Sports Federation (FAI, Fédération Aéronautique Internationale) recognises the Red Bull Air Race as an official competition with two categories: Challenger and Master Class, Juan Velarde's category. The idea is simple — an aerobatic aircraft has to navigate an obstacle course made of a series of inflatable pylons in the shortest time possible, at just 15–25 metres above the ground or water. To do this, pilots must fly quickly, but they must also demonstrate a high level of control over the aircraft in order to make extremely tight turns at speeds of over 300 km/h.

In the Master Class category, 14 pilots go head to head to prove they are the fastest in the world. All participants must have had at least one victory in an international competition recognised by the FAI before they can take part in the competition. In Edge 540 aircraft or the recently introduced MXS-R, they face up to several tests in three qualifying rounds. Only the very best make it to the third and final round.

At the beginning of the competition, several different sessions are held, just like a MotoGP weekend. First you have the training, which is followed by the qualifying round, and finally the competition itself. In the first race, pilots are paired up according to their qualifying times and compete in seven head-to-head heats. The seven winners along with the fastest runner-up will move on to the next round. The winners then go on to the final round, where they battle it out for victory in a four-way race.

The 10 best competitors from each race receive points based on their final position. The winner gets 15 points, second place gets 12, third place 9, and fourth place 7. Pilots in 5th to 10th place get fewer points. After all eight races that make up the championship, the pilot with the most points is crowned Red Bull Air Race World Champion. 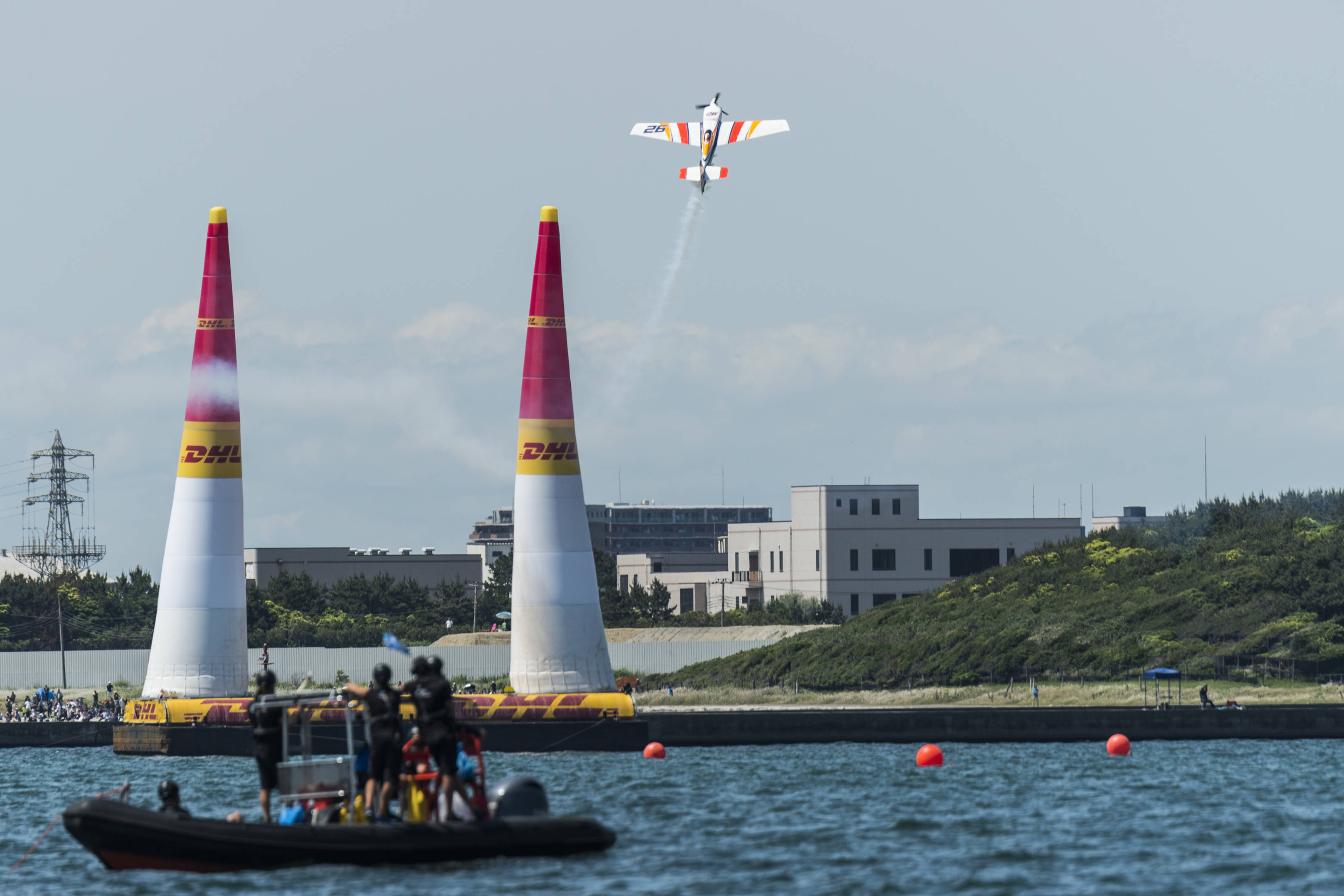 There is a series of rules that must be observed in each and every round. Failing to respect any of these rules could result in a penalty or even disqualification. Pilots must cross the starting gate at speeds of no more than 370 km/h, although the limit may be lower on some circuits. If pilots break this speed limit, they may get a one-second penalty or even be disqualified. There is no speed limit on the track, however there is one on g force, which measures how much gravitational force the pilot and the aircraft are under, something that can be accentuated during certain manoeuvres. For safety reasons, pilots cannot go over 10 g for more than 0.6 seconds, and under no circumstances should they exceed 12 g. Not following this rule leads to immediate disqualification.

Pilots must respect all of the obstacles on the course, both pylons and gates, as otherwise this may lead to disqualification. Hitting any of the obstacles or going through a gate at an incorrect level earns the pilot a 1–3 second penalty. However, if this happens many times, the pilot may be disqualified. On top of all of this, pilots must turn on their smoke when they are told to do so if they want to avoid a one-second penalty.

We hope that you now know a bit more about this exciting competition. If you want to get to know our pilot Juan Velarde, keep an eye on boxrepsol.com and our social media profiles.