At first, it was difficult to get used to the new controls, but now it's like second nature

Even though the Dakar 2018 doesn't kick off until 6th January, most of the vehicles have already undergone the technical inspections. This is the case of the Repsol Rally Team's BV6 prototype, the vehicle with which Isidre Esteve will take on the world's toughest rally. However, this car is slightly different from all the others: it has adapted controls on the steering wheel. This mechanism was developed by Guidosimplex and allows Esteve to compete at the highest level despite his spinal injury and, while he's at it, turn motorsports into an inclusive sport where participants both with and without disabilities compete on a level footing.

"Being in a wheelchair doesn't stop me driving a competition vehicle. The only difference between my car and all the others are the adapted controls that allow me to drive without using my legs" said Isidre Esteve, who will fight it out against the top competitors to get his hands on a top-20 spot in his second consecutive attempt at the Dakar on four wheels.

The mechanism consists in two rings attached to the steering wheel which control the brakes and accelerator, as well as a clutch control and gear stick. “Controlling the steering, brakes, and accelerator with my hands, as well as the gears with this model, is really hard work. At first it was difficult, but I've got used to it much faster than I thought I would", explains the Oliana-born driver. 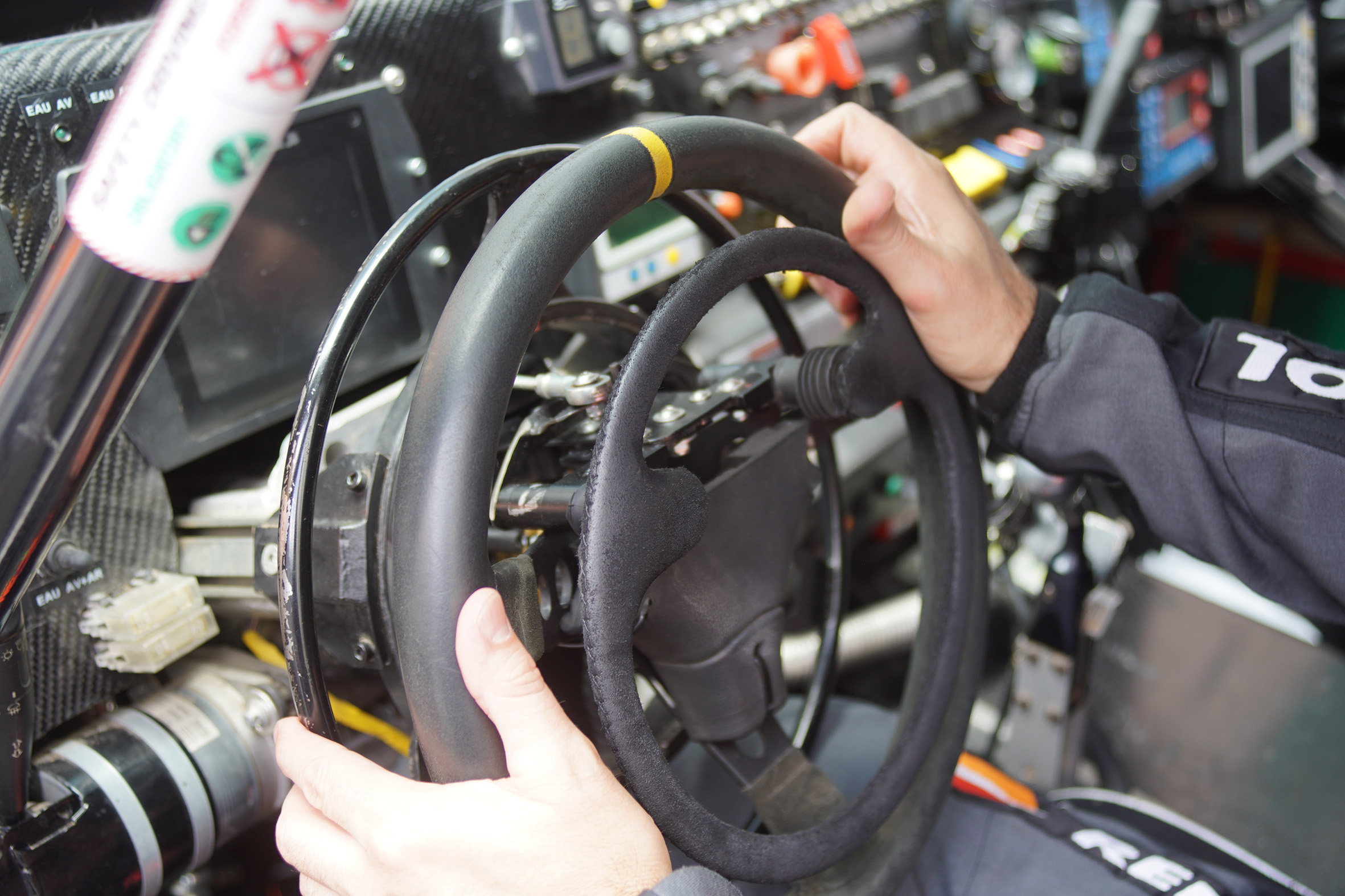 To start the engine, he has to press the clutch button with his right hand, the same one he uses to change gear. Meanwhile, he controls the accelerator and steering with his left hand. Once he's in motion, he uses either of his hands to accelerate or brake while steering. He occasionally takes his right hand off the wheel to change gear. “It's really difficult to explain how to use the controls. I actually got my head around it quite quickly and now using the controls is like second nature”, explained the driver.

This sophisticated system has an electronic control unit that activates or deactivates the clutch and accelerator, while the brakes rely on a mechanical control system. The mechanism was meticulously checked by technicians from Sodicars Racing and the Repsol Rally Team mechanic, David Pigem, upon its arrival in Peru. Not surprisingly, the electronics are the most sensitive to the effects of the weather conditions experienced by the ship that transported the vehicles over open seas from France to Peru in a one-month journey.

Today, Esteve's vehicle — which has a BMW 340 hp 3-litre twin-turbo diesel engine, four wheel drive, a tubular chassis, and BF Goodrich tyres — will undergo the inspections in Lima, where the Dakar will kick off on 6th January. Isidre Esteve and his co-driver Txema Villalobos have fourteen thrilling stages ahead of them that will take them through Peru, Bolivia, and Argentina. "We have been in South America for almost a week and we can't wait for the race to get started", confessed the driver, who is sponsored by Repsol and Onyx Seguros.

This year will mark Isidre Esteve's third Dakar in a car and the 13th overall. He competed in 10 rallies on a motorbike before suffering a spinal injury in an accident in Bajo Almanzora, Almería, in 2007, where he broke his T7 and T8 vertebrae. Since then, and with the help of his Smart Cushion, Isidre Esteve has become an example of perseverance, allowing him to continue with his biggest passion — motorsports.