Although our goal is to prepare for the Dakar, we always want to be competitive. Third place in the provisional ranking is a good result because the level is amazing

Isidre Esteve has completed the second stage of Baja Aragón 2018 in an outstanding third place in the T1.2 category and 17th overall. The Repsol Rally Team managed to solve the turbo problems that arose yesterday, and the driver from Lérida climbed three positions with his Dakar BV6 prototype from Sodicars Racing, finishing the day on the podium in his category.

"We’re not only happy because of the result, but especially because the car works well and all the changes work perfectly, some even better than we thought. We mustn't forget that if we're at the Baja it's because our goal is to start the next Dakar at the top of our game. Naturally, we want to be competitive and third place in the provisional ranking is a good result because the level is amazing, but we must not lose sight of our real goal", explains Isidre Esteve.

The second stage involved two stretches of 215 and 147 kilometres, respectively. The Repsol Rally Team made progress, which has made the driver from Oliana very happy, "In the morning, it was complicated as we weren't able to fix the turbo problem from yesterday until the 50th kilometre. Plus, the windscreen wipers malfunctioned when we were passing by the rivers and we couldn't see a thing. In short, several small setbacks held us back in the first part. However, we had fun in the afternoon with a good pace and zero problems. In general, it's been a good way to launch our competition programme". 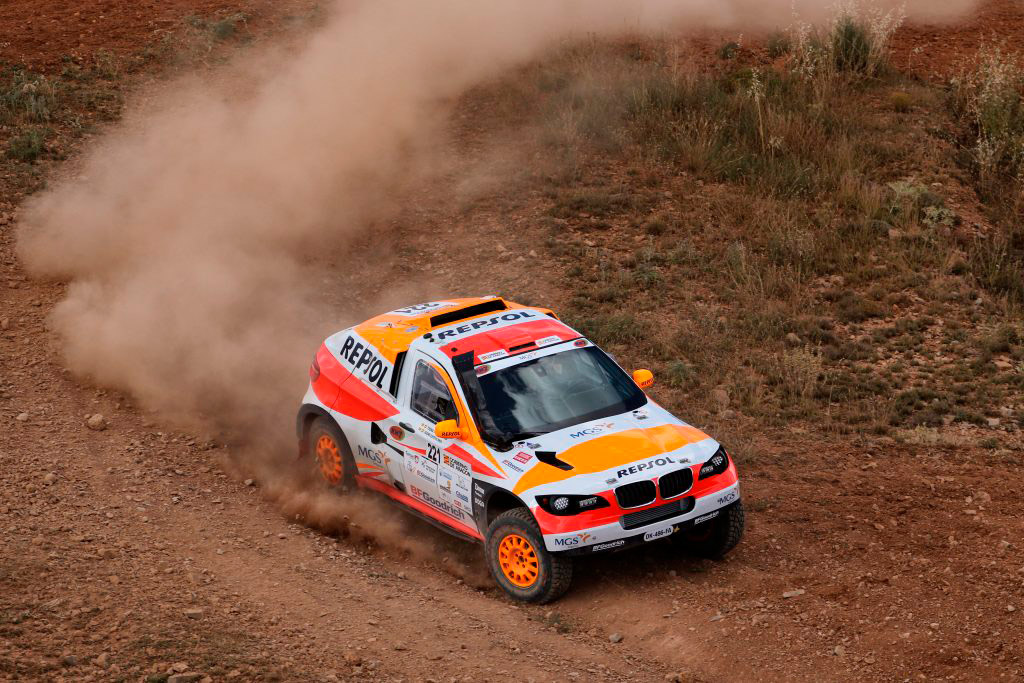 His accumulated time after the prologue yesterday and the two super special stages this Saturday is 5 hours, 40 minutes and 2 seconds. Together with his co-driver Txema Villalobos, he is just 5 minutes from the top 15, a difference that, if the positive momentum of this afternoon is maintained, could be reduced tomorrow (Sunday) during the third and last stage of the Baja Aragón, in a single stretch of 127 kilometres.

"Our approach for tomorrow will be to continue the good afternoon we've had today and keep up a good pace. We’re happy because we didn't have any problems and the car is perfect. We’ll go into the last stage with the goal of getting more miles under our belt and trying to be a little faster. At least that is what we’ll try to do", said Isidre Esteve.