The alternator belt broke twice and, in the last 50 kilometres, I thought the Dakar was over for us because the battery wouldn't charge and we could hardly see as the windscreen wipers weren't working

Tuesday was yet another successful day for Isidre Esteve in Dakar 2018, when he completed the first stage in Argentina. The Repsol Rally Team driver finished in 29th place, keeping him in the running for a spot in the top 20. The Oliana-born driver made a colossal effort to get his BV6 prototype from Sodicars Racing with adapted controls on the steering wheel over the finish line.

The tenth stage took the competitors from Salta to Belén on a route with 424 liaison and 373 special kilometres, which was split into two very different and varied sectors. The first of these had fast road sections and dunes, while the main challenge in the second one was navigation, with several waypoints that were really difficult to find".

Isidre Esteve finished the first sector in 29th position 1 hour, 47 minutes and 14 seconds behind the current leader, despite suffering two major setbacks, as the driver explains: "After the first few kilometres we stared to see cars coming in the opposite direction. We didn't understand where we had gone wrong, if we had lost concentration for a second or there was a mistake in the roadbook, and we took a while to get back on the right track. Further along, the alternator belt broke and my co-driver, Txema Villalobos, did a great job mending it, but we still lost quite a bit of time". 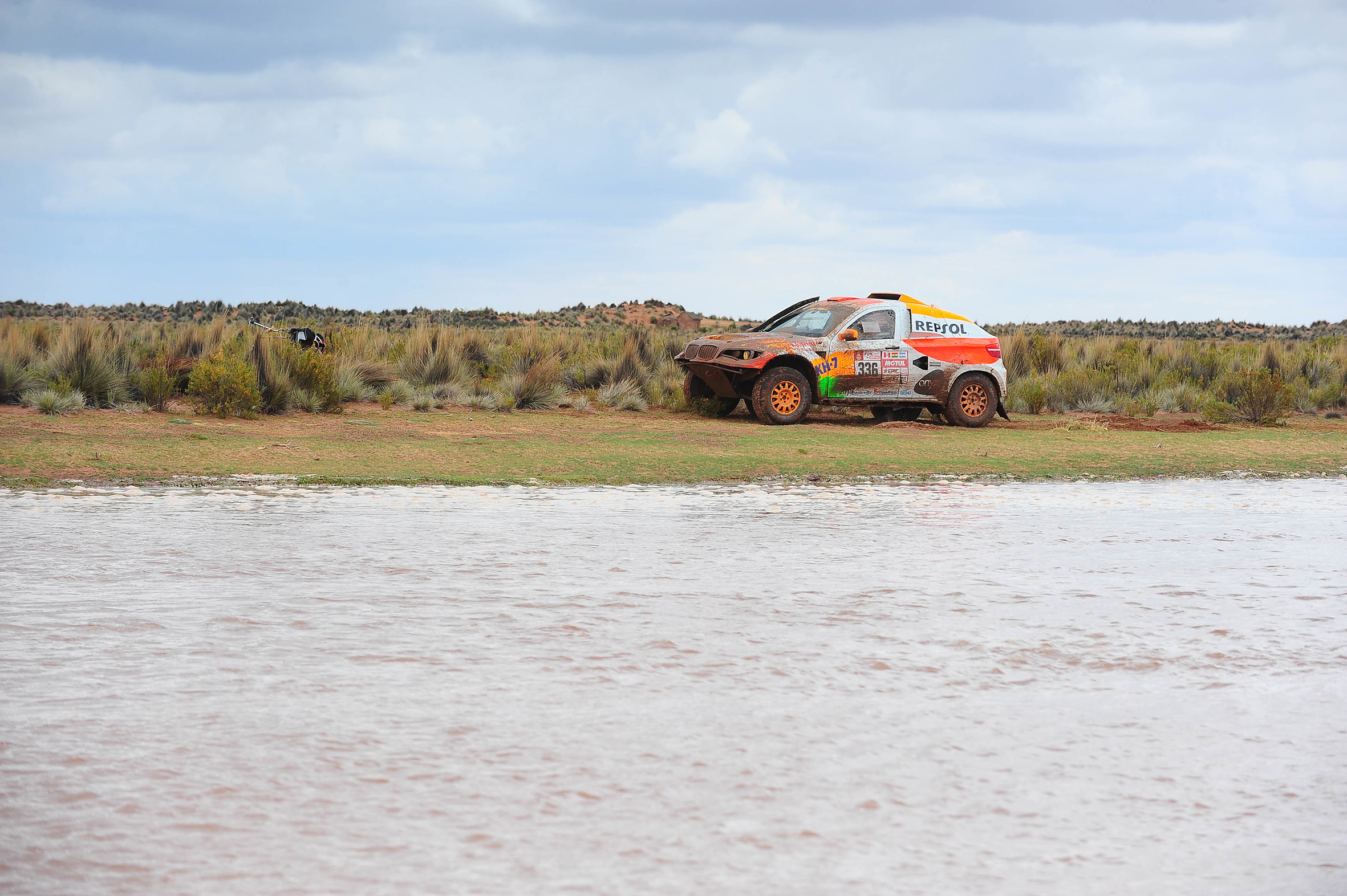 The driver, who is sponsored by Repsol and Onyx Seguros, also came up against a tense situation in the second sector. "The alternator belt broke again and, in all honesty, I thought we weren't going to get to the finish line. We still had 50 kilometres to go when it got dark and the battery didn't even have enough charge to move the windscreen wipers. We could hardly see and there was lots of mud. It was really stressful and I don't think we would have been able to get going again if the car had stopped", said Isidre Esteve.

However, thanks to some skilful driving and faultless navigation, the Repsol Rally Team managed to cross the finish line in 29th place with a time of 7:14:53, deservedly climbing up to 21st in the general ranking and defending 3rd place in his category, T1.S (off-road modified diesel 4x4).

Tomorrow (Wednesday) Isidre Esteve and his co-driver Txema Villalobos will take on stage 11, travelling from Belén and Chilecito and passing through Fiambalá. The Repsol Rally Team must complete 467 liaison and 280 special kilometres over soft sand in suffocating heat. "We've got three extremely difficult days ahead of us", foretells the rider from Lérida.