The lightweight Monkey could be considered one of the most characteristic Honda motorcycles and one with the longest history, given the first version was released back in 1961. That minibike with a 49cc engine was initially manufactured as a children's attraction at Tama Tech, an amusement park in Tokyo. However, they became so popular that in 1963 Honda decided to develop a street version and import it to some American and European markets. The miniature and lightweight Honda Monkey featured a chrome gas tank, raised and folding handlebars, stiff frame, and 5-inch wheels, characteristics that made it fun and well liked. 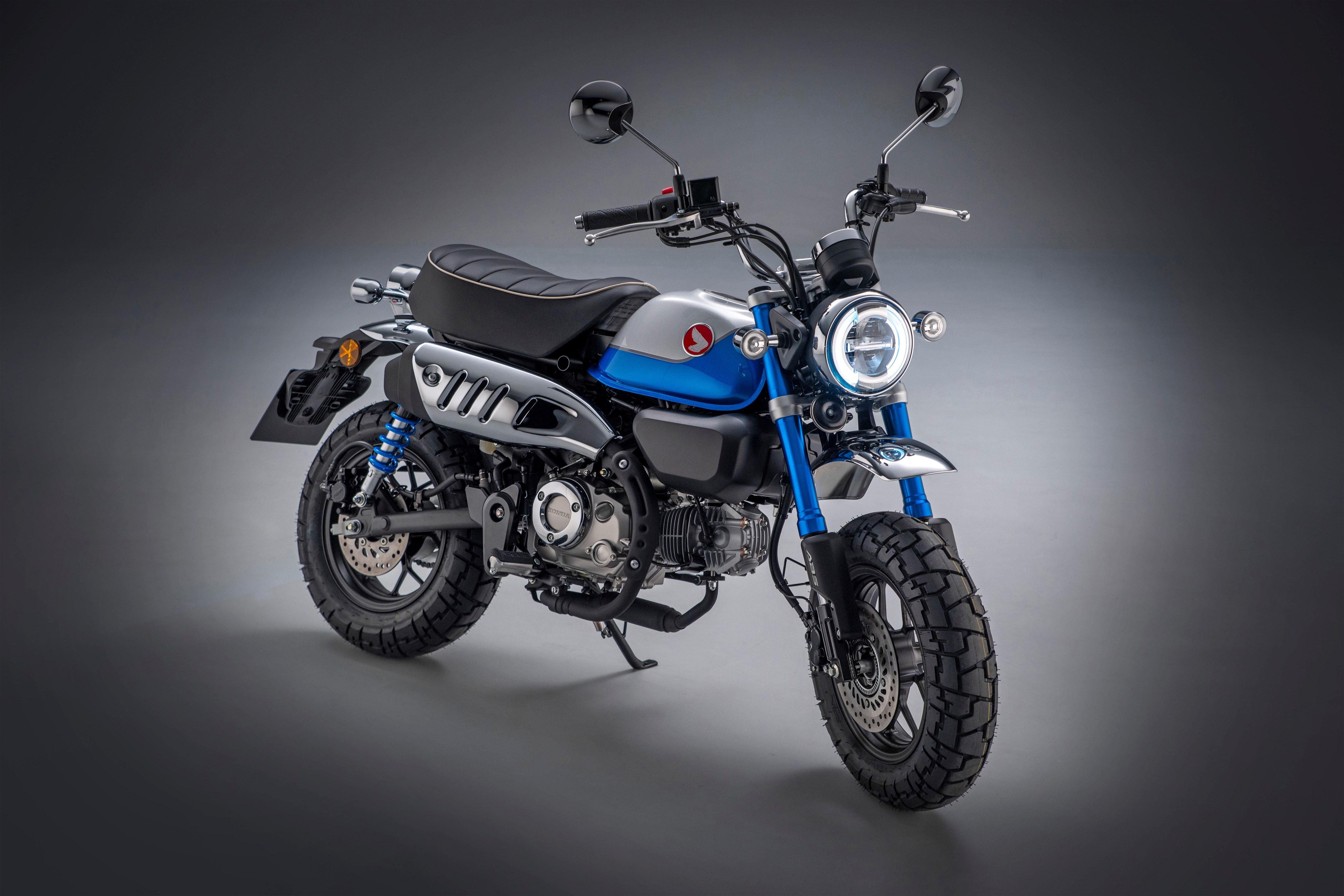 Throughout its extensive history, the Honda Monkey has adopted various styles. The first stiff versions were mainly road bikes but later suspension and bigger wheels with fatter, knobby tires were incorporated, granting it a more all-terrain feel. Later, there were also custom, "R", and even "Baja" versions, which has made the Monkey the basis for the most varied and daring setups.

In addition to its well-received folding handlebar that facilitated its transportation, in 1970 it became even more popular when Honda added a quick-detach front suspension that would allow it to fit in the trunk of a normal-sized car. However, the Monkey reached its true prime in 1978 when Honda released a version with a 3-speed gearbox and automatic centrifugal clutch, which made driving it much easier for those with no experience.

After nearly 60 years of history, in 2018, Honda decided to keep the flame of the Monkey alive and launched a completely new version, better equipped and better prepared than ever. On top of that, it was adapted to the Euro4 emissions standards, and that change encouraged the brand to start importing it to Spain. Any units on the road prior to that had come from parallel importers or from the Canary Islands, Ceuta, or Melilla.

After the 125cc Monkey's great success the past three years in major European markets, Honda has just announced the arrival of a new version in 2022 that is Euro5 compliant and also boasts some significant changes.

Next season's Monkey motorcycle is powered by a new 125cc single-cylinder engine, similar to the MSX125 "Grom". It preserves its characteristic structure with the cylinder practically falling forward, but its interior dimensions have varied, with the bore decreasing from 52.4 to 50 mm and the stroke increasing from 57.9 to 63.1 mm. It still has an air-cooled engine, but instead of being a four speed, its gearbox is now five speed to provide more relaxed cruising and to reach a higher top speed of 91 km/h (56 mph) under normal conditions.

The new engine delivers a little over 9 CV at 6,750 rpm, but considering that its wet weight is only 104 kg, the 125cc Monkey can briskly transport its riders. Additionally, it stands out for its low consumption, which is why, despite having a small tank of only 5.6 liters, it has an average range of nearly 300 km.

This compact model by Honda boasts a steel backbone frame and a double-sided swingarm with an oval cross-section made of the same material. Attached are two vertical shocks that were updated for this 2022 version, including two-stage springs and revised damper rubbers, guaranteeing improved ride quality on bumpy roads and better stability. 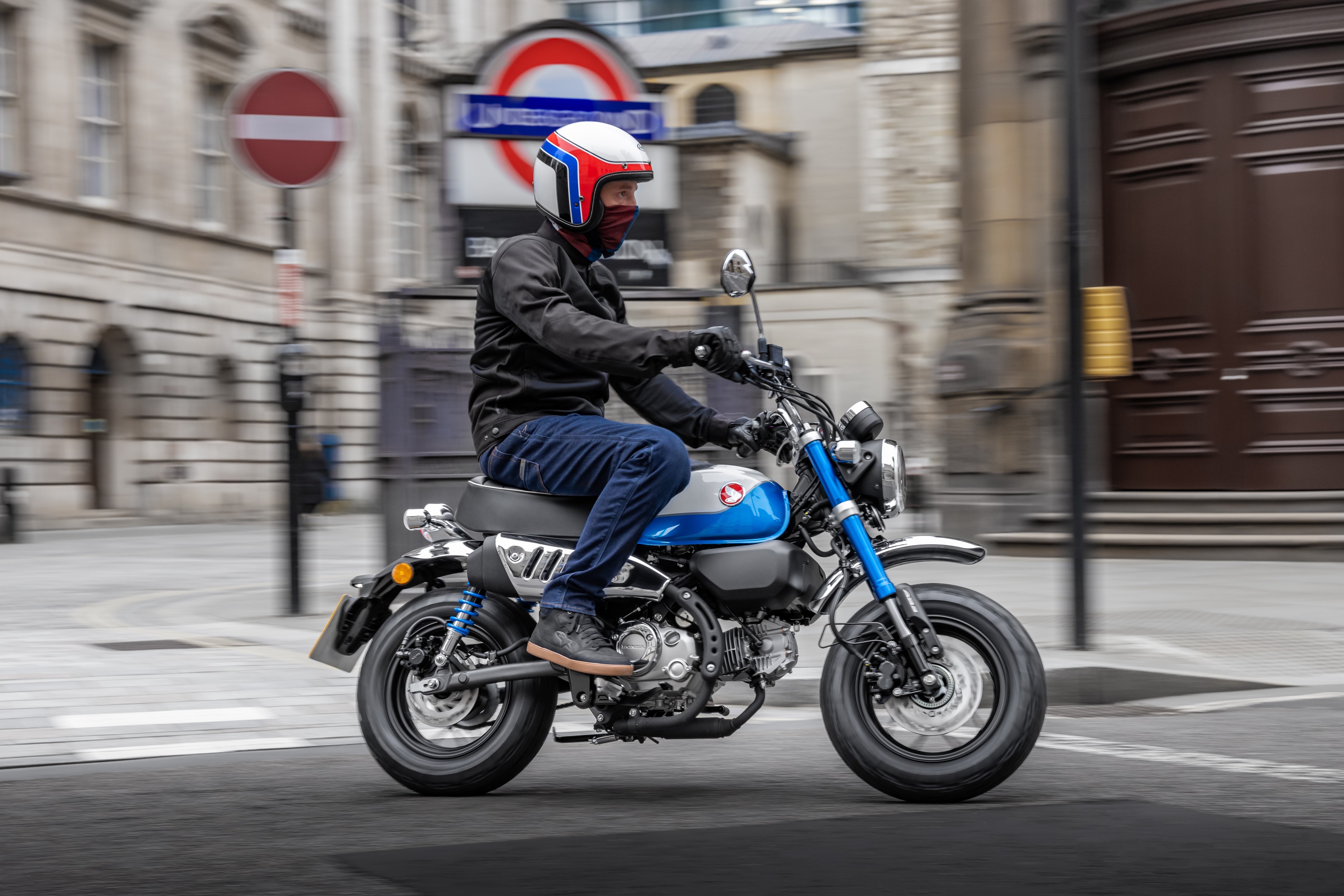 Honda wanted to give the Monkey a vintage look and retained some of the period features. However, its 12-inch alloy wheels, inverted fork, and disk brakes on both axles with a single-channel ABS system — elements it also shares with the MSX125 — give it a modern performance with no unusual flaws. It's surprising that a bike with a length of only 1.145 m (3.8 ft) could have a front suspension so precise and measured. Additionally, it effortlessly grips the asphalt thanks to its chunky 120 and 130 mm wide tires with deep tread.

Another thing that's enticing about the 125cc Monkey is how suitable it is for larger riders. Despite its length of 1.7 m, Honda has managed to make it spacious so that it easily accommodates most adults. The key is in the semi-ape handlebar with raised handles and in the wide and squashy seat at 77.5 cm high. In that regard, this series is a single-seater and only certified as such, so carrying a passenger is not possible. 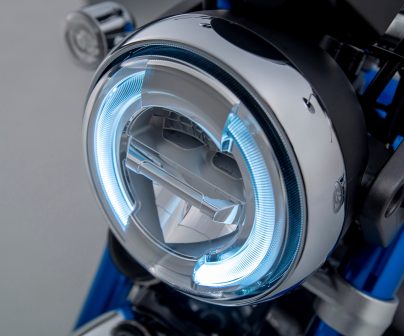 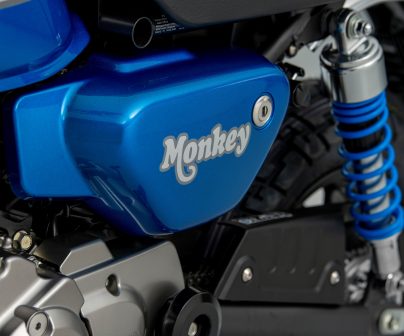 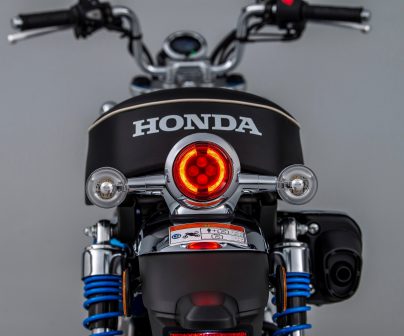 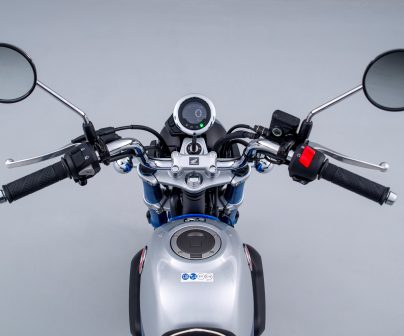 The Monkey really stands out for its nice finishing touches and for the quality emanating from certain components like the instrument panel and the LED headlights. Its paint options are also carefully designed, and the anodized tubes of the fork and the painted shock springs match the three decorative features that are available to customize. There is no doubt that this 125cc Honda Monkey is a "toy" you'd love to play around with.