In fact, one of the most important recommendations for vehicle safety is to observe the condition of your tires' tread and prevent them from getting too worn and shallow. For a street bike, a smooth tire means it's worn and needs to be replaced. On the other hand, racing tires start off smooth. But wouldn't that be dangerous? Quite the opposite. Everything has an explanation.

In the first place, the more rubber that has contact with the ground, the greater capacity it has to grip. That's why racing tires are completely smooth: so that the wheels have more contact surface with the ground and thus apply more effectively the bike's power.

Then why aren't the tires on street bikes smooth? Well, because a racing tire – called a "slick" in racing slang – has a specific use and is used in dry conditions; whereas a street tire must be adapted to all types of uses and conditions: dry ground, rain, etc. It therefore needs tread to help channel and displace the water in case it comes in contact with a wet surface.

When a race is held in rainy conditions, the riders have to use specific rain tires. They have tread like street tires, which help to displace the water and prevent the dreaded "hydroplaning" effect. This happens when the amount of water is greater than the tire's tread channels are able to displace. The wheel "floats" on the surface, loses grip, and can cause falls. 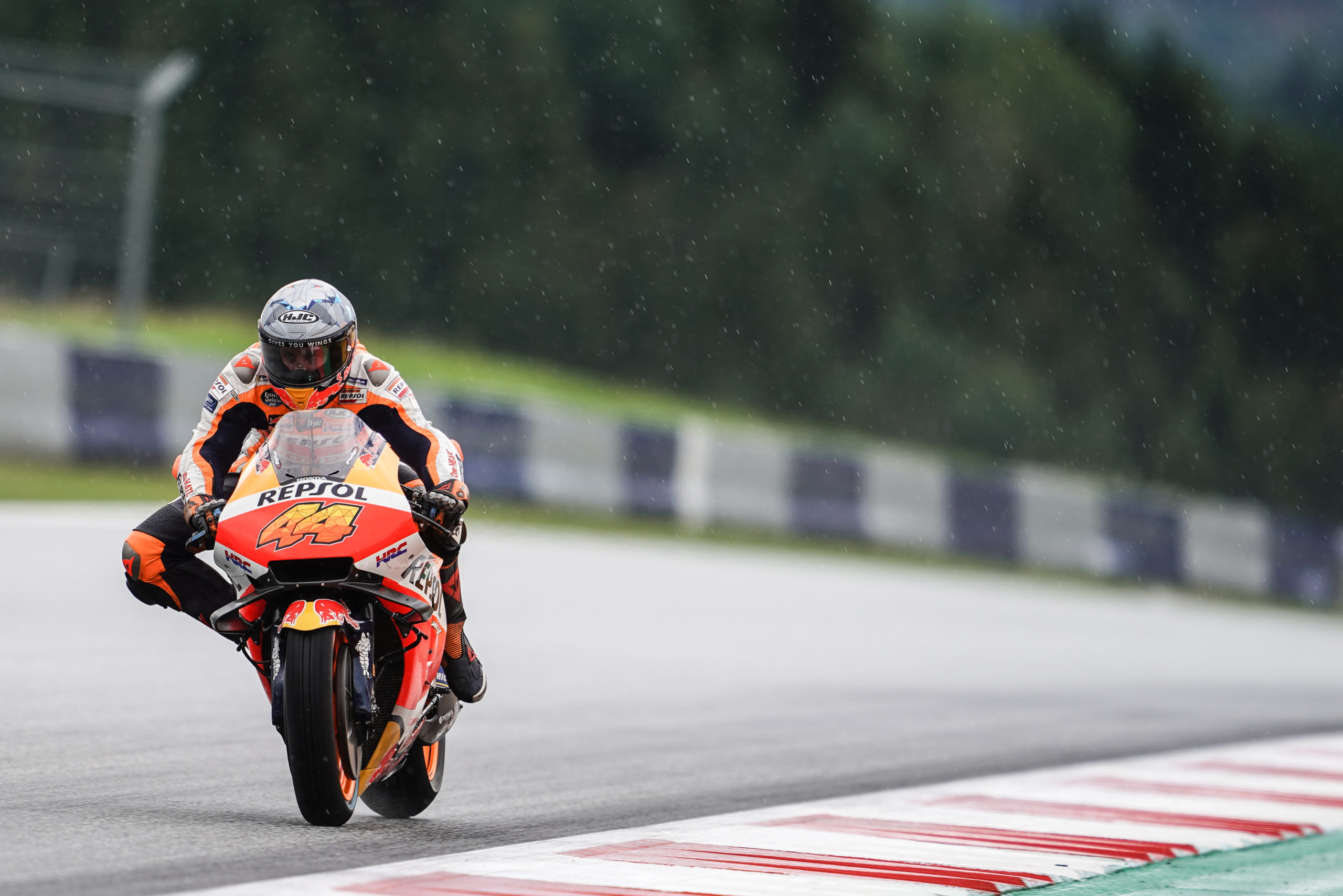 A little bit of history

Now we understand these concepts pretty well, but in the past it was difficult to get used to smooth tires with no groove. Until the 70s, racing motorcycles always used tires with tread. Back then, they weren't as detailed as we are today with tires; they had different characteristics and were more durable. Official teams changed tires each day of a Grand Prix, whereas the more humble private teams may have used tires for more than one race.

In the tire world, the use of nylon was a major breakthrough. It is a lighter, more flexible, and more resistant material than the cotton that had been used before to construct the carcass of the tires. With cotton, more canvas layers needed to be applied, making the tire heavier. In the early 50s, many materials that had been developed during WWII for military use were starting to be used in society; and nylon had many uses, among them, in tires. Until the early 60s, the British manufacturer Avon was the main tire supplier in the racing world, but in 1963 Dunlop developed it's "triangular" tire, featuring a less rounded profile that increased the contact surface of the tire on turns, setting a standard for all racing tires to come. 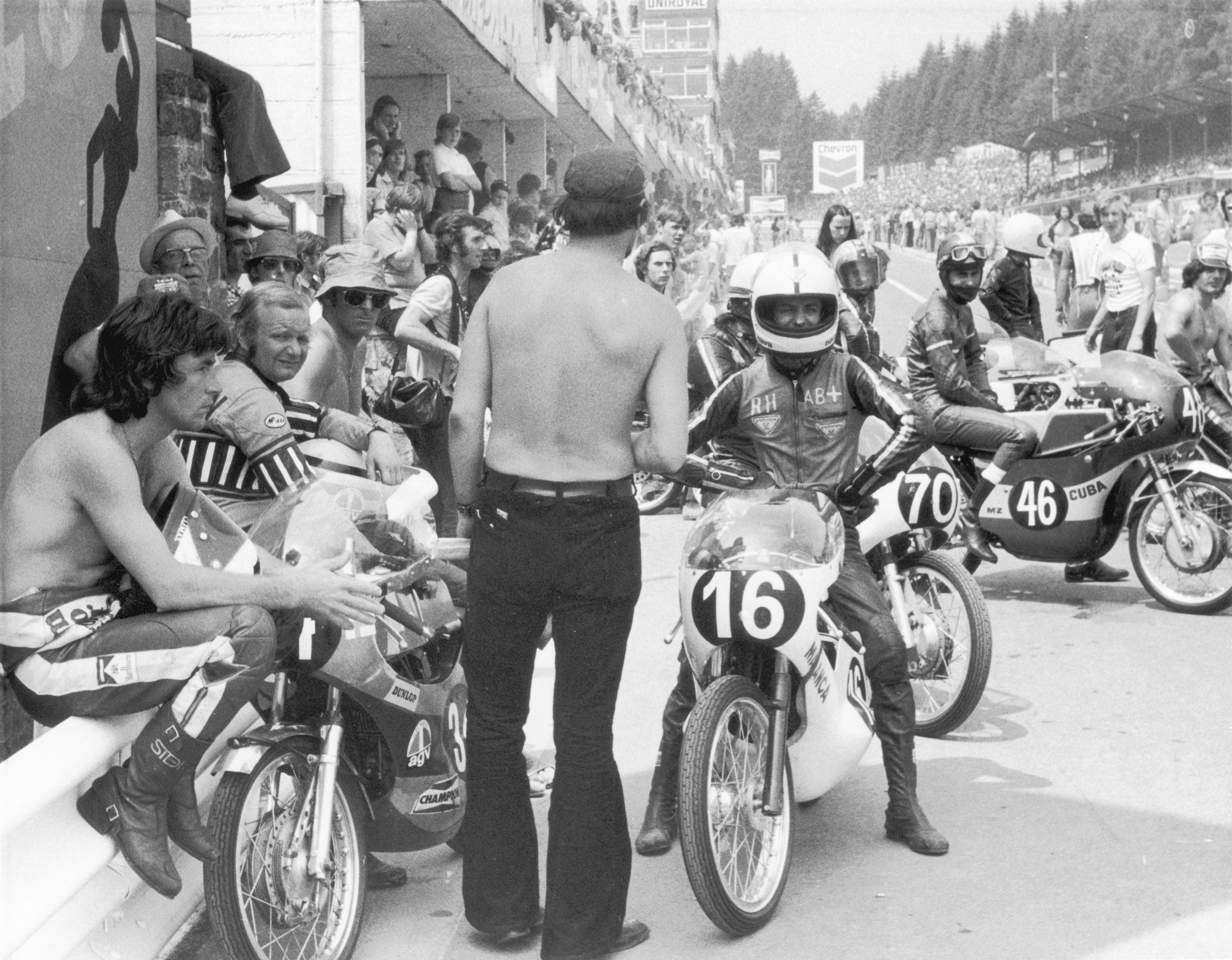 By the 70s, tire manufacturers had decided that the every-increasing power of motorcycles was going to require a new range of tires with greater grip. How to make that possible? Easy, by increasing the contact surface, which meant eliminating the tread, an empty space that was never in contact with the ground. If this space could be filled with rubber, the area of contact would increase, and therefore, the bike would have a greater ability to grip to match the increasing power of the bikes.

In 1975, Giacomo Agostini won his last 500cc title with his regular use of a smooth rear tire and a grooved front tire, a strange combination that had an explanation. The new slick tires had so much grip that they caused vibrations that resonated from the back to the front of the bike, vibrating the front end. This is now commonly known as "chattering". To combat this, a treaded tire was placed on the front wheel; and problem solved.

By 1976, the use of smooth tires became the norm, although World Championship technical regulations, which at the time were set exclusively by the International Motorcycling Federation (FIM), did not specify anything in that regard. They begrudgingly accepted the use of slicks in the higher categories of the championship, 500cc and 350cc, but banned them in 125cc and 250cc, without any technical explanation. 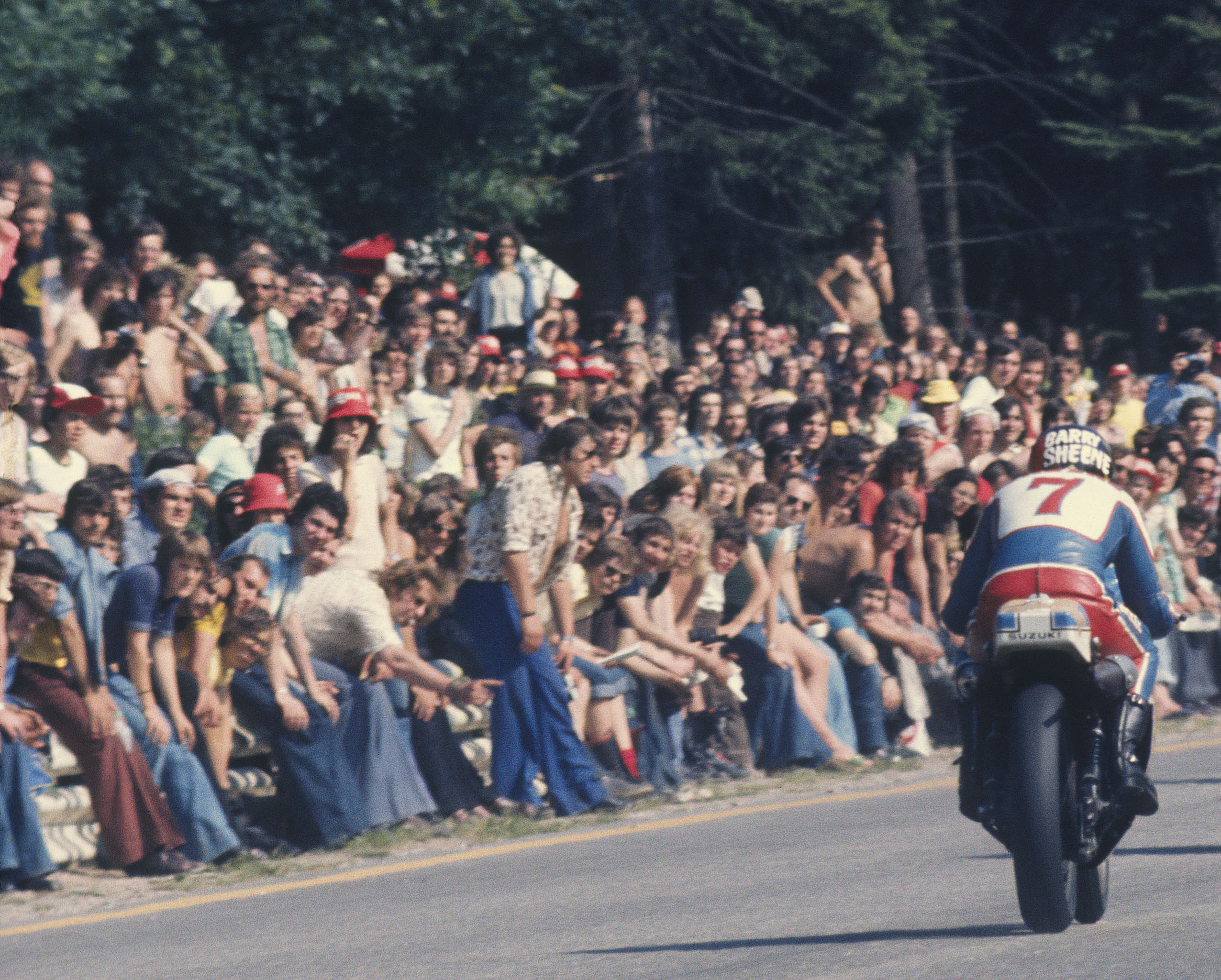 Michelin and Dunlop, the suppliers in both categories, didn't produce slicks for the 125 category but did for the 250 and continued offering them to its riders, blatantly ignoring FIM's indications. The manufacturers argued that the grip of the smooth tires offered both improved performance and increased safety.

The situation really got out of control during the Swedish Grand Prix in the second half of the season when official riders demanded that FIM enforce the regulation and keep anyone using slicks instead of treaded tires off the track. It was an absurd situation, however the drama did not go any farther. FIM finally accepted the unconditional use of smooth tires, which made complete sense, and since that moment, racing tires have always been that way.

Their structure, build, and design may always evolve, but racing tires will always be smooth.